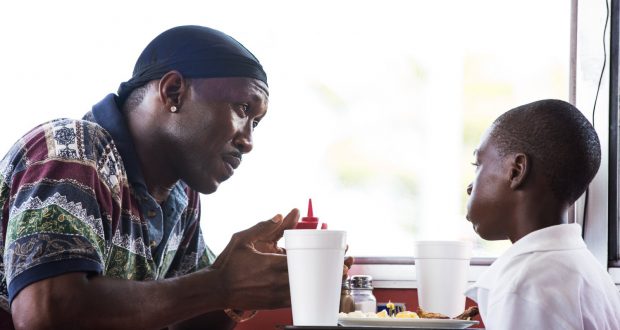 The winner of the Best Picture Oscar is almost never the best film of the year. Hell, sometimes it isn’t even the best nominee. The winner gets there for a variety of reasons: campaigning by the film-makers, appealing to the academy’s mawkish tastes, stroking Hollywood’s ego or even posturing towards political relevance. This year’s winner was Moonlight, ousting the favourite La La Land in a now notorious hiccup. Did it deserve to? Is it the best film of the year?

The short version is that Moonlight is a very good film and certainly punching well above the majority of the other contenders. Frankly, I don’t invest much importance on these baubles. The vagaries of what movies qualify for a nomination due to release platforms make the selection particularly arbitrary. La La Land was essentially the only film Moonlight could have lost to. What it doesn’t do is measure up to the best films I saw last year or the year before. I can well imagine I’ll look back on Moonlight as a solid and admirable film come the end of the year, but one that is outranked by far more revolutionary pictures.

Moonlight deserves its plaudits for performances, have no doubt

Moonlight does nothing much wrong and represents a real positive movement in its awards achievement, considering it is about the life of a gay black man. Some might scream ‘tokenism’ but the strengths of the film beyond its depiction of social issues are readily apparent. The performances have garnered due recognition. Mahershala Ali has received plaudits for his role as Juan – much deserved as he is magnetic in the first part of the film – though the best job for my money came from Naomie Harris as the protagonist’s demonic and crack-addled mother.

In one respect, I think Moonlight has received an awards snub for not getting Best Cinematography. The use of colour and lighting is remarkably evocative and, coupled with its stylised camera work, more than a little hypnotic. It’s my praise here though that leads into my slight reservations. Many of these finer points are more in evidence in the first two-thirds of Moonlight for the segments in Chiron’s childhood and adolescence, respectively. The third act, when we return to an adult Chiron, is far less interesting.

The start and middle are unique; the finale feels a lot more like a familiar template 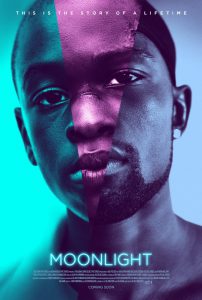 A few things feed into this. That distinctive employment of colour, lighting and camera-work fades to something far more conventional in the final act. The scope is diminished as the fraught social dynamics at home and at school turn into a more stereotypical crime-centric milieu for the close. There are fewer characters and I don’t think the smaller cast come into focus as much as they should, given the added attention they get. The final act is also the one requiring the biggest leap of faith for the audience.

The first act in Chiron’s childhood sees him as a fragile and withdrawn little boy surrounded by threatening elements and unable to fathom why he feels different and isolated. The second act crystalises this ill-at-ease persona with all the horror that a humiliating adolescence can bring to bear. Chiron has evolved from child actor Alex R Hibbert to gangly and bug-eyed Ashton Sanders, who does a great job of portraying a teenager not happy with himself or his body. By act three we leap into the muscular and brooding form of Trevante Rhodes. Whilst this move towards an intimidating and tough exterior is contextualised in the film and Rhodes does a good job of peeling that back, it never quite clicks that the skinny kid we saw not five minutes ago has become this terrifying hulk. Compounded with the stylistic drabness of this last section, it means Moonlight’s qualities are very front-loaded and it has become far less engrossing by the end.

Verdict: Moonlight is skillful and insightful but its best material is spent by the final third of the film.

Previous: Logan: What did you do?
Next: I Don’t Feel at Home in this World Anymore