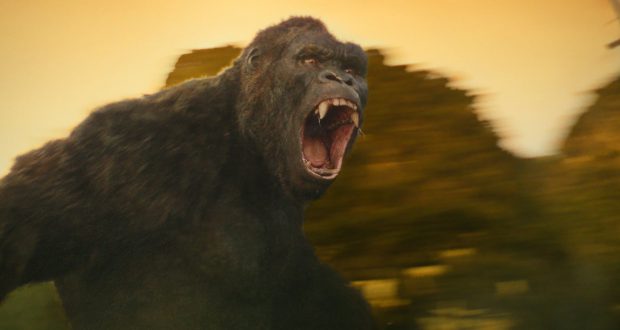 Cinema should be something incredible to behold. An astounding and revelatory experience that expands what you thought was possible. I can safely say that Kong: Skull Island is just that. I still struggle to conceive how a film so garbled, stupid and unnecessary was greenlit. Did anyone ask for this? Were there fans clamouring for another King Kong film? No.

But my opinion and all the evidence supporting the case that Kong: Skull Island is a worthless, incoherent mess (exhibit a: the film itself) is wrong. For at time of writing, the Wikipedia article for the film states as incontrovertible fact that ‘Upon release, the film garnered massive acclaim from critics and audiences with many praising the action sequences, the visual style, effects, stunts, humour, writing, direction and Kong’s design and return to the cinema as well as the acting.’

Warner Bros. has it really come to this? Surely you can do better as a marketing strategy than having an intern briefly edit the film’s poor reception out of history?

This entire enterprise reeks of desperation

This film exists for one reason: franchising. All studios wallow in envy at Disney’s market dominance with the Marvel Universe. Warner Bros. have struggled to eat into this sustainably due to the poor traction of their DC films and it’s been a while since Harry Potter was keeping them afloat with steady and jaw-dropping revenue. So the studio is looking to tie-down and optimise what other properties it has rights to for more franchise fodder. Because it isn’t good films that will make them money, oh no: it’s having film after film after film each with interlinked brand recognition.

Kong: Skull Island exists to shamelessly and unceremoniously kick off a new franchise. Legendary Pictures own the rights to King Kong and have teamed up with Warner Bros. to combine their license with the Godzilla one which Warner Bros. picked up. We’ll get some Kong vs Godzilla flick before long. And probably a Mothra origin story. God help us.

This isn’t a film. This is a rushed hack job of elements stolen from other films 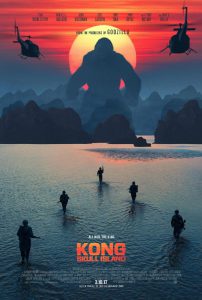 The studio has vomited out a hideous mix of incongruous elements none of which work on their own or in conjunction with each other. The worst elements of the Jurassic Park films are intercut with extremely confused references to Vietnam War films. The soundtrack is a clear attempt to ape (sorry, not sorry) Guardians of the Galaxy with its vintage rock inserts and, much like Suicide Squad, this is done with wild abandon to no beneficial effect. The actors do not want to be there and deliver their lines with naked contempt. I particularly feel sorry for Brie Larson – who saw her in Room and thought it would be a good idea to have her running around in a tank top doing nothing? We also have a Chinese character inserted with nothing to do because that is Hollywood’s idea of progress.

You may notice I haven’t talked about the big gorilla much. He isn’t integral to the film or in it that much. The film would much rather give focus to one-dimensional characters and play around with every toy in its playpen except for the giant ape.  Every element on some level is botched from CGI and script to acting and editing. Even the lighting is shoddy and woefully inconsistent shot to shot. The worst part is that I don’t think we’ve even begun to fathom how far this studio and its potential franchise could sink…

Verdict: I see bad films quite a lot. It’s rare I see one so unprofessional.

Previous: I Don’t Feel at Home in this World Anymore
Next: Viceroy’s House: Platitudes and Imperialism