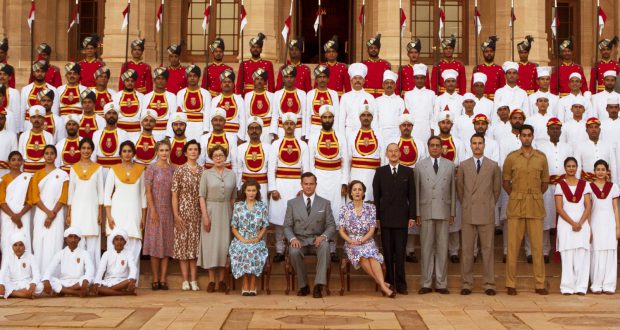 I don’t say this lightly, but this here is some racist bullshit. Some may balk at that statement because Viceroy’s House is inflected with all the syrupy goodwill of a particularly saccharine episode of Downton Abbey or because the director is of British-Indian background. But rest assured, though a gooey and soft film, director Gurinder Chadha has offered up a simpering and patronising apology for Empire.

Viceroy’s House depicts the negotiations that led to and the implementation of India’s independence and its partition with Pakistan. Or that is what it would like to claim to be. Like so many intellectually cowardly films, it is less interested in tackling complex issues and decides a boring love story between two incidental characters with no impact on the rest of the plot should be the focus. It almost makes you long for the patronising Imperialism that makes up the other part of the film. Almost. 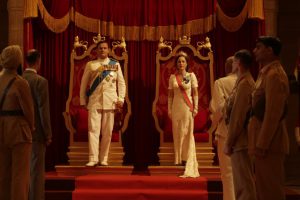 Here is my problem: the British in this film are treated as liberators who, with the new and final Viceroy incoming, are here to ‘give a nation back to its people’. References to the brutality and exploitation of the Imperial mission are brief and drowned out by the rose-tinted splendour and order that the British are depicted as providing. The Indians (and future Pakistanis) by comparison are depicted as ill-disciplined, politically naïve and incapable. It seems a pity that the British are leaving because they bring a much-needed civility to these primitives. Oh, the burden of the white man! Utter drivel.

This is not a film about how an oppressed population found their sovereignty and independence. This frames the entire story as though freedom is something to be handed down by the benevolence of a nurturing superior. You could watch this and (ignorant of the history because it is not taught in schools) not realise how brutally the British resisted this move. There are a handful of allusions to the campaign for freedom, the protests, and the sacrifices but really the film implies that the British seem to be leaving due to goodwill and exhaustion from World War II. This naked deference to the oppressors is disgusting. 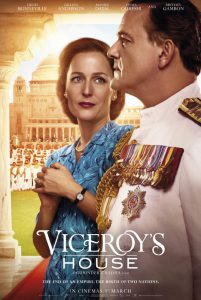 Films often say much about their intended audience from their tone and content. As far as I can tell the intended audience for Viceroy’s House is nostalgic for the British Empire, unwilling or unable to acknowledge its racism and violence, deferential to the aristocracy because they have such nice things, uninterested in fact and history, indifferent to patronising depictions of non-whites, and probably thinks a clichéd romance is a substitute for a respectful depiction of events.

I am not going to claim to be an expert of the Partition of India but allow me to make a few assertions. Muhammed Ali Jinnah (the founder of Pakistan) was not an intractable shadowy villain. Jawaharlal Nehru (the first Prime Minister of India) was not an ineffectual martyr. The Mountbatten Plan was not a policy that saw the British trying to do right by the Indians they had oppressed for centuries: it was an administrative shit-show intended to divest the British of the responsibilities and consequences of their actions.

Previous: Kong: Skull Island – Where creativity goes to die…
Next: Streaming music has us divided