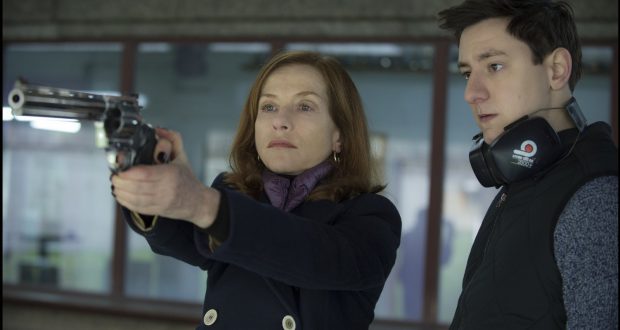 This is going to be a really difficult one to cover. Elle is a fantastic comedy-drama and it’s about rape. I must rush to clarify that this film in no way trivialises the issue. The humour is directed at the various kinds of absurdity in the character’s life and the film’s greatest strength, beyond a great performance by Isabelle Huppert, is that it appropriately and believably moves between very traumatic and very wry subject matter.

Elle succeeds, I think, because it takes a very holistic view of a person’s life in the wake of a sexual assault but does not claim to be a universal experience. This is the story of an individual, who has much more going on in her life than simply being labelled a victim, and the experience is refracted through her character and context. The attack is the first thing that happens in Elle and the continued anonymous antagonism of the attacker is a running theme but Huppert’s character Michèle is not some quivering violated damsel. She is multi-faceted in the extreme, being wry, commanding, incorrigible, and immoral.

Few films manage to be by turns so genuinely brutal, twisted and funny 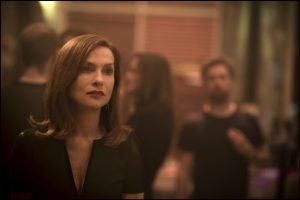 In fact, in many ways calling this a film about rape is misleading. So much criticism about depictions of women being raped in fiction and film, even ones that are well-intentioned and don’t trivialise the issue, is that they overwhelmingly reduce the character to the singular status of ‘rape victim’. This reinforces the idea that a woman’s value in society is tied to their sexual worth which is now ‘spoiled’, and that their expected actions after that point are to morosely weep and ineffectually do nothing.

Michèle by contrast gets on with her life. She goes to the games development firm which she owns and runs to up the amount of sexualised violence in her next release. She continues her gentle campaign of torment on her ex-husband. She manages her affair with her best friend’s husband and leches over one of her neighbours. She tries to outmanoeuvre the venomous hipster who her idiot son is dating and cope with her extravagant high-maintenance mother. On top of this, she had her own dark and traumatic history before the assault came along. 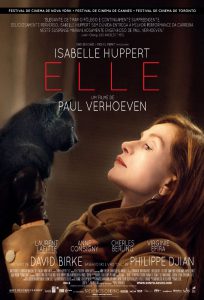 Elle therefore isn’t defined by a single plot thread. This is a much bigger and richer tapestry. A few of the threads here are alone enough to sustain films entirely of themselves. We don’t have one picture here but several, all excellently executed, in one entity. It is this breadth that makes it entirely believable and appropriate for Michèle’s life to segue from brutality to joyfully pranking her ex and his nubile yoga-instructor girlfriend.

Throughout the film, I was uncertain how it would resolve. I did not know what its narrative or thematic conclusions would be. . I can see some finding the eclectic range of this film and its mores demented. Perhaps so but this speaks well to the versatility and sophistication of Elle. It’s not interested in simple, predictable or safe content. Elle is about a challenging approach to challenging subject matter. It’s about all the issues going on in a woman’s life, not just the most visceral one by which her attacker wants to define her.

Verdict: Elle is not an easy watch but it isn’t meant to be. It is fiercely impressive from start to end.

The Dark and Twisted Legacy of Miracleman

Previous: Streaming music has us divided
Next: Beauty and the Beast: There must be more…