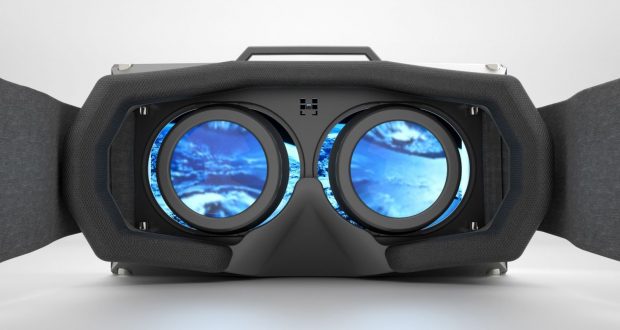 While there is plenty to be miserable about in the social, political, and economic landscape of 2017, it isn’t all bad. Most of us have smartphones, high-definition television, on-demand media services, and more. I can’t help agreeing with Akira the Don’s 2005 track  ‘Living in the Future’ – I love living in the future! Science fiction is fast becoming science fact. Not that this is really new, mind you. Anyone who saw the documentary How William Shatner Changed the World will tell you all about science fiction’s (here, more specifically, Star Trek’s) influence on technological progress, feeding the imaginations of inventors the world over. 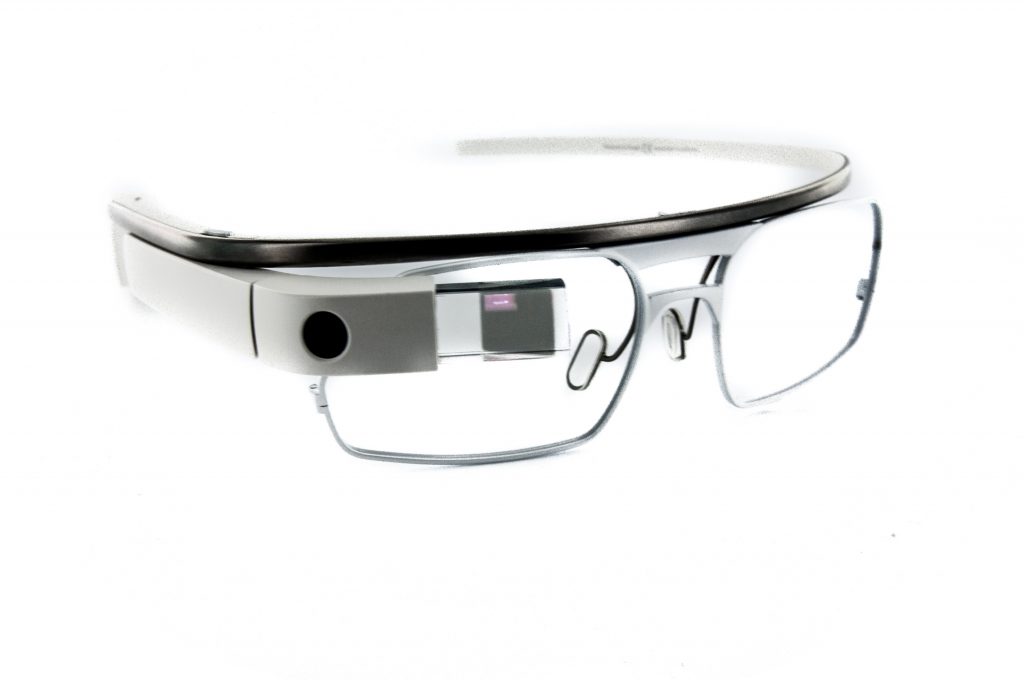 Much like Moore’s law on processing power, our technological advancement is racing ahead. Virtual reality is now available with mainstream games consoles and even with do-it-yourself kits to turn your smartphone into a VR headset. Soon VR will be ubiquitous. Meanwhile, the Google Glass hasn’t taken off quite as expected, but the ability to interact virtually with the real-world environment around us is available now and has a lot of scope for growth. Suddenly, many of the far-off science fiction technology tropes are imminent possibilities.

But first things first. How many of us really understand the differences in the kinds of realities depicted in science fiction? Until recently, I had thought that virtual, augmented, and simulated realities were one and the same; interchangeable terms defining the same principle. But there are not one and the same, but different ‘versions’ (though with some overlap) of how we interact with, interpret, and view reality with technology. 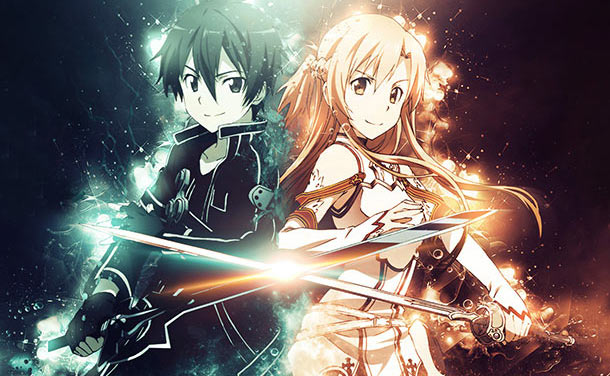 Virtual reality – sometimes referred to as virtuality – is probably what most of us think of when we hear any of these terms. It is the most pervasive of the artificial technological realities, in both fiction and the real world. Virtual reality includes a computer-generated, simulated world – whether it is a ‘realistic’ version of the world or something entirely fanciful. The world must be almost fully realised, allowing for 360-degree views and multiple kinds of interactions, including feedback to the user. Users interact with this virtual world using specialised technology. Most of us know of virtual reality through video games, especially with the development of VR headsets and AAA games that utilise the technology launching regularly in the last year or so.

Similarly, in science fiction, much of the exploration of virtual reality is done through video games or analogous constructs. Virtual reality is also often a central tenant of the cyberpunk sub-genre, covered in seminal texts such as Gibson’s Neuromancer as well as newer entries like Laura Lam’s Shattered Minds. Ernest Cline’s bestselling Ready Player One’s central concept is built around characters embedded within a virtual reality game (MMORPG) world, where the characters engage almost fully in the virtual world through ‘haptic suits’. MMORPG’s are a natural fit for science fiction to explore virtual reality, popping up all over the place, including popular anime series Sword Art Online. Games themselves also like to use this trope, most notably the animus in the Assassin’s Creed series. 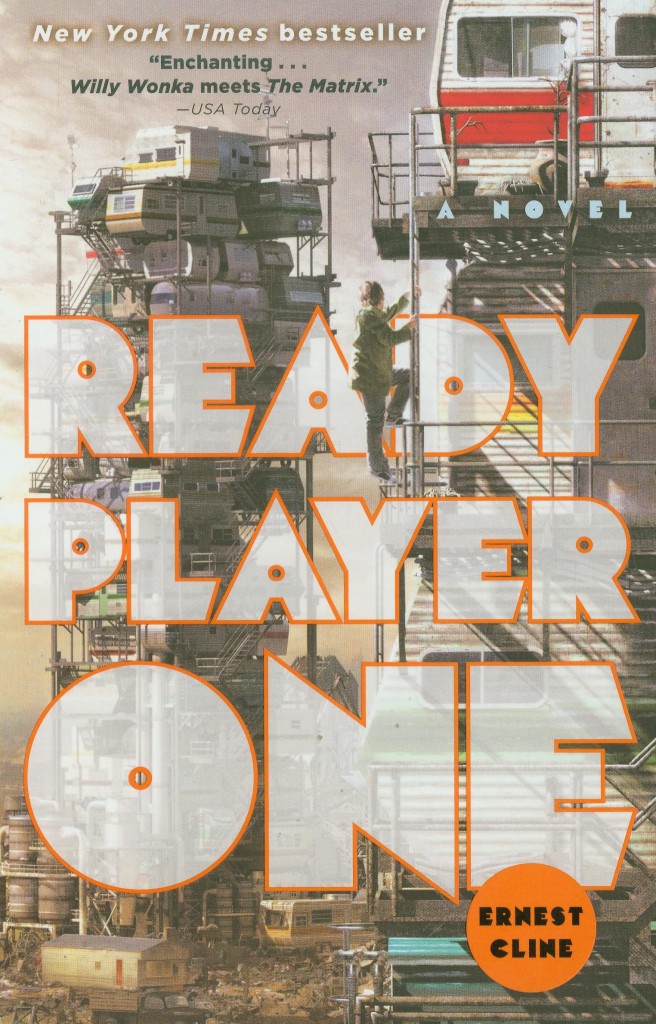 These SF tales tend to explore a few common concerns when it comes to VR, the most popular being the over-reliance on the digital at the expense of our physical side. For instance, your body in the real world is entirely vulnerable if you are so immersed in the virtual world that you no longer have any awareness of the ‘real’, physical world. This is especially the case when it comes to gaming VR worlds – the players become only concerned with in-game threats that they forget their enemies might resort to physical, more permanent forms of disabling them.

What if an augmented implant forced you to see certain things? That could easily be taken advantage of by corrupt governments who wanted to disseminate propaganda or make it easier for them to censor certain information.

Augmented reality has appeared less often in science fiction, at least in terms of a central theme. It crops up from time to time with characters who have enhanced eyes or other sensors but does not draw as much concerned attention as other artificial realities. 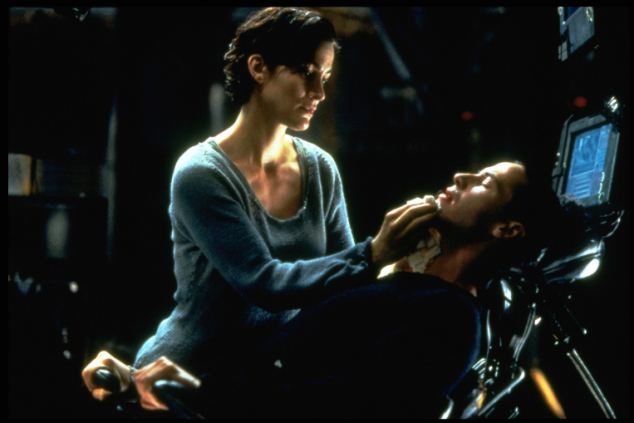 Ideas about simulated reality are much older than you might think. The classic is Plato’s cave, where people experience only the shadows of a real world projected onto the cave wall. Philosophers have been pondering similar ideas ever since, with notable entries from Hilary Putnam (and her brain in a vat scenario) as well as Rene Descartes (we’re being controlled by a demon!). The term simulated reality refers to a reality that feels real to those within it, but it is a construct created by something else (whether or not those inside the simulated reality know that they are in one) – an idea that was famously explored in the Wachowskis’ The Matrix trilogy.

The appeal of simulated reality theories is obvious. After all, none of us can really be sure that what we think is real, actually is. Elon Musk has been quoted saying that there is a ‘billions to one chance that we’re not living in a simulation.’ If Elon Musk thinks so, it must be true! In science fiction, simulated realities are often cause for concern, with the characters being kept inside the artificial reality against their knowledge and their will. But that isn’t always the case. Take Star Trek, for instance. The holodeck is a simulated reality that characters programme themselves and chooses to enter and exit at will, an immersive entertainment zone even more ‘real’ than simply a virtual reality.

Simulated realities also call up interesting philosophical questions along the lines of Robert Nozick and his Experience/Pleasure Machine. If you could plug into a machine that never let you experience pain or disappoint, would you do it? What if you could programme the experiences you would have for the rest of your life? Red Dwarf tackles this idea in fifth season episode, ‘Back to Reality’, with layers within layers (long before Inception did it!). While visiting a deserted planet, the characters are attacked by a giant squid. They then find themselves ‘waking up’ from a virtual reality machine where they have attempted to escape their lives for the past few years, and find that they are the kinds of people they hate. But that in itself is a simulated reality, albeit one created by a chemical (though the squid in question appears to be a genetically engineered one, so still a by-product of technological intervention).

There’s another kind of artificial reality I wanted to touch on, something I’ve not come across an ‘official’ term for, so I have dubbed it ‘physically mediated reality’. What I mean by this, is instances where humans use technology to interact with the real world – and not just augmenting their interpretation of the real world, but physical interactions with it. The most common version of this is where humans use robots to interact with the world around them, such as in the 2009 film Surrogates or John Scalzi’s Lock In. These two examples look at the concept from two very different angles: in the first, humans use surrogates as a way to keep their ‘real’ selves safe, whereas in the latter, characters use robot surrogates when their bodies have been rendered useless and only their minds remain active (in other words, their only option to interact with the real world is via a physical mediator). These examples quite literally create physical avatars for the characters, something also covered in James Cameron’s overblown blockbuster, Avatar.

I’d also potentially lump Ender’s Game in this category. Unknown to Ender and his classmates, the games that they are taught to play do have real world consequences. What appears to them as a video game actually controls real, physical warships and the consequences of playing the game is destruction to real-world enemies. As such, this is again an example of using technology to mediate real-world, physical actions.

A lot of science fiction concerns itself with what happens when technological advancement goes wrong. But that’s not to suggest that artificial realities will necessarily bring doom and gloom. After all, in the hands of humans, anything can be put to terrible use. What we do know, however, is that making artificial realities actual reality, we have a lot of interesting philosophical questions to ponder and some exciting new experiences to come.

Previous: The Asylum of Dr. Caligari by James Morrow
Next: Transformers – The Last Knight: God, help me…