Home / Comment / Doctor Who: No longer Time Lord of the manor 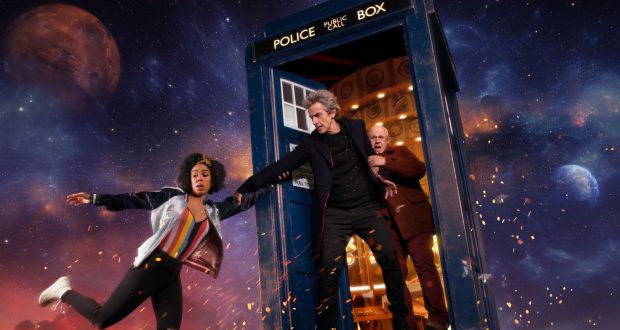 Whether owing to BBC budget concerns or Moffat dividing his time as showrunner between Doctor Who and Sherlock, Capaldi and the surrounding show have markedly suffered in recent years in levels of viewership and buzz. What, then, to make of what remains of the Twelfth Doctor’s future and why do I await this year’s epochal Christmas special with trepidation as well as eagerness?

After all, the great wave of energy that carried us past the 50th anniversary has entirely dissipated, but now, finally, we have the third culturally seismic event Who has generated since it came back, the first since the 50th. Yay? Thing is, it’s predicated precisely on replacing Peter Capaldi. Even when it comes to leaving, albeit more quietly perhaps, Capaldi comes off worse than Tennant, and after ‘The End Of Time’ we at Who Back When thought that couldn’t be done. Not that Moffat isn’t planning to send Twelve out on a high, pulling off the ultimate Doctor Who reach-around, dragging the First Doctor out of ancient history to glue together the ends of this saga like some mind-melting Mobius strip, ‘never the twain shall meet’ apparently less a phrase in Moffat’s eyes than a gauntlet thrown down. And yet, even pairing these two Doctors, with a third to come at the end, seemingly won’t be enough, to judge from the preview. 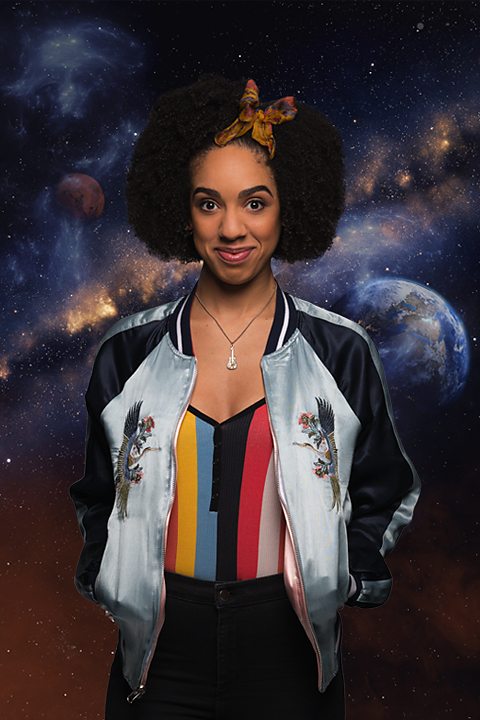 All this brings us to Capaldi’s last companion, Bill, and that trepidation I mentioned, because now it’s evident she will bookend his final year. I love Bill; Bill is great, I haven’t a bad word to say about Pearl Mackie’s performance, full stop. But why bring her back too? She already received a send-off comparable to Clara’s (and it’s not impossible she’ll also appear as an extra surprise), and a happier ending too, which is appropriate to her arc and presages her enjoying a future independent of the Doctor while uncompromised by living in constant fear of her next heartbeat. Must Twelve forever live in the shadows of those around him?

I’d like to stress I’m not bothered by the form the shadows take (except when they’re the Vashta Nerada). I considered at one point titling this essay ‘Shafted by the Showrunner’ but unfortunate connotations recommended otherwise; likewise I spurned the desperate portmanteau ‘Shircumstances’. (My gut’s already churning at the thought of a tabloid running with ‘The Phwoar Doctor’.) Because gender equality, or more realistically, women’s advancement, is not some zero-sum game, some attritional war where the opposing powers of Fortress Patriarchy and the Gynocracy Collective must forever launch sorties to capture each other’s unavoidably finite number of precious bricks. We are not eternally condemned to be three-year-olds; we can share our toys and enjoy our games together in a spirit of mutual enrichment.

You might justifiably ask though, why then am I writing at such great length to lament Capaldi’s potential diminution, seemingly largely at the hands of ladies, in the annals of Doctor Who history? And why not bring Bill back? She’s extremely popular and without her the Christmas special looks a wee bit sausage-festy. So what if she’s onscreen at Capaldi’s expense? 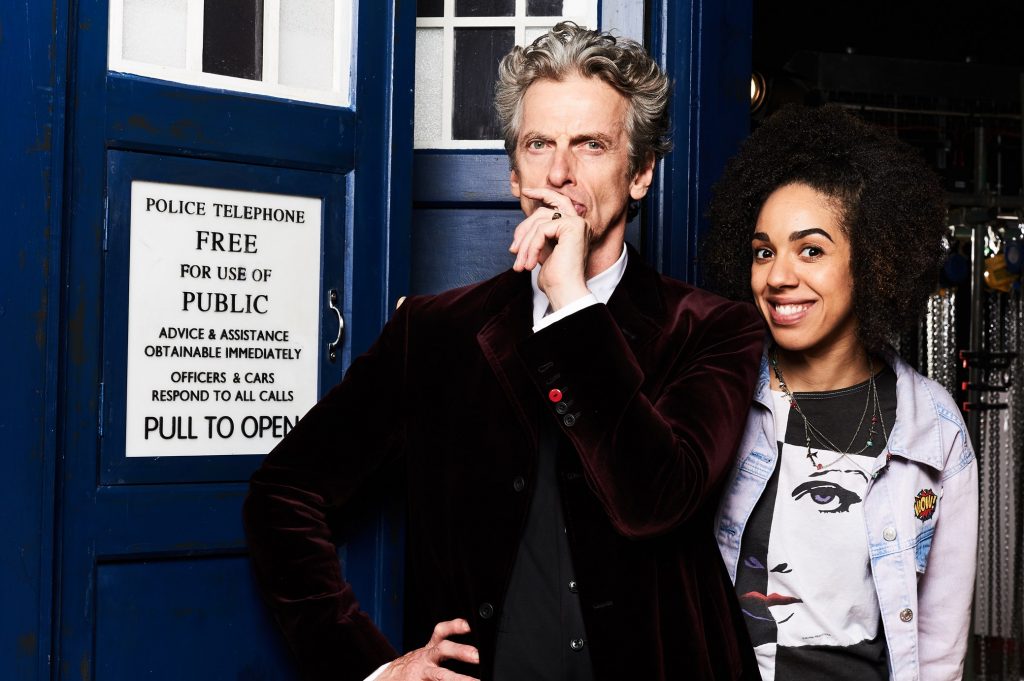 My wife made an undeniable point after I’d gabbled an early draft of this essay at her: no matter the specifics of Bill’s reappearance, Capaldi will have little to complain about when his turn is over, and he surely will never do so; there’s no profound misfortune to his situation. He wasn’t fired, he left of his own accord, he didn’t have negative press, there was no sense nobody disliked him, he got to play the Doctor after having been a lifelong fan, and what’s more he’s thrilled about Whittaker taking over. He’s already said: ‘She’s going to be a fantastic Doctor.’ Better still, throughout their twin tenures, Moffat has drawn the ire from fans. This may actually be another aspect to Capaldi’s overshadowing: by the time RTD and Tennant departed simultaneously over that glacial year, they were both icons of the revival. Now out of Moffat, Capaldi, and the shattering of the penis cartel, Capaldi is garnering the least attention of the three, the lowest profile. Perhaps he’s grateful for that: Capaldi epitomizes professional, unshowy acting so that when he catches fire, by crikey we remember it.

But will we, particularly? What Capaldi has experienced is a number of necessary concessions, for the greater good of the show. He has borne them graciously and nobly, keeping his head down, never stepping out of line. This includes the privileging of the companion, to the effect that the Doctor is less and less the focal point. I can’t deny part of my discontent with the series’ recent history comes from Capaldi’s shift not always reaching the dizzying heights wished for from any new Doctor, and more particularly one with such a distinguished prior career. My fretting that to some extent he may end up a minor instalment in the canon is definitely founded in the personal affection I have for this man, this amazing actor. But the main fuel for my fear is, suddenly, specifically, as Bill gatecrashes the final seconds of the preview, the thought that the same may befall the next Doctor.

You see, all along, underpinning everything, it’s actually the Doctor I’ve been most worried about.

Somebody Call Her A Doctor 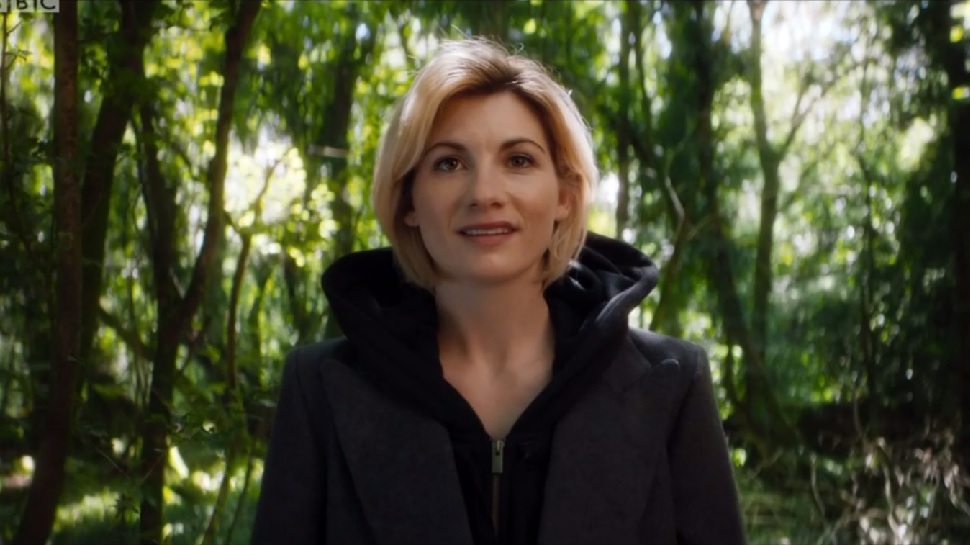 It can only be good that the next Doctor’s not a man. Except that’s not true at all, because if the show’s mishandled, or keels over, even within a mile of Jodie Whittaker, then you know headlines like ‘Ovaries Succeed Where Daleks Failed’ will stalk the internet, misogyny masquerading as obituary. Her casting was a crucial moment, but everything’s riding on the next part. Surely it’s more vital at this time than at any other that the Doctor isn’t overshadowed by his (soon to be the or their) companion, now that the Doctor will imminently be a woman, the companion as likely as not a man. And in Bradley Walsh, our next companion will be a significantly older man.

Fan-service cuts both ways, and the natural counterweight impulse, which we might call the ‘zero sum game’ instinct I touched upon earlier, is to say we have to make up to some segments of the fans what they’ve supposedly ‘lost’. Bradley as a companion might, just possibly, although I hope my conjecture is amiss, have been conceived in part as a sop to those die-hard, dyed-in-the-wool, pretty much brain-dead fans who won’t countenance watching a DW episode without some reassuring phallocentrism, towards which they can gravitate in their horror at any hint of gender parity, even in a xenomorph.

Alien origins and vitriol aside, fans attach great importance to identifying with the Doctor’s morphology. In an age where it’s estimated over half of the UK population profess no religion, the Doctor is the closest thing we get to a universal saviour on primetime, especially when all the superheroes play American, even Benedict Cumberbatch, and the Brexit Churchill Cinematic Universe sticks stubbornly to the Second World War. So it’s natural for people of every demographic segment to want a piece, and I suppose it’s also natural (although less forgivable) for some people to jealously guard their own; and you can’t please all the people all the time because the Doctor simply can’t be all the people all the time. How then to accomplish the necessarily imperfect but best possible result? We’ve gone through a period of the show trying to please by diffusing the focus, to bring in the majority who weren’t represented by the Doctor (and minorities too); now this balancing act requires the Doctor reclaiming a singular place at the centre of proceedings, because the centrifugal forces will push towards those who’ve been historically over-represented.

My wife had a second great point, on this topic of representation: the show is replacing a black female companion with a white male one. I’m sure these optics won’t be forgotten by the showrunners but still it’s worth reiterating that the world is watching; ignore these at your peril.

What The Doctor Did Next 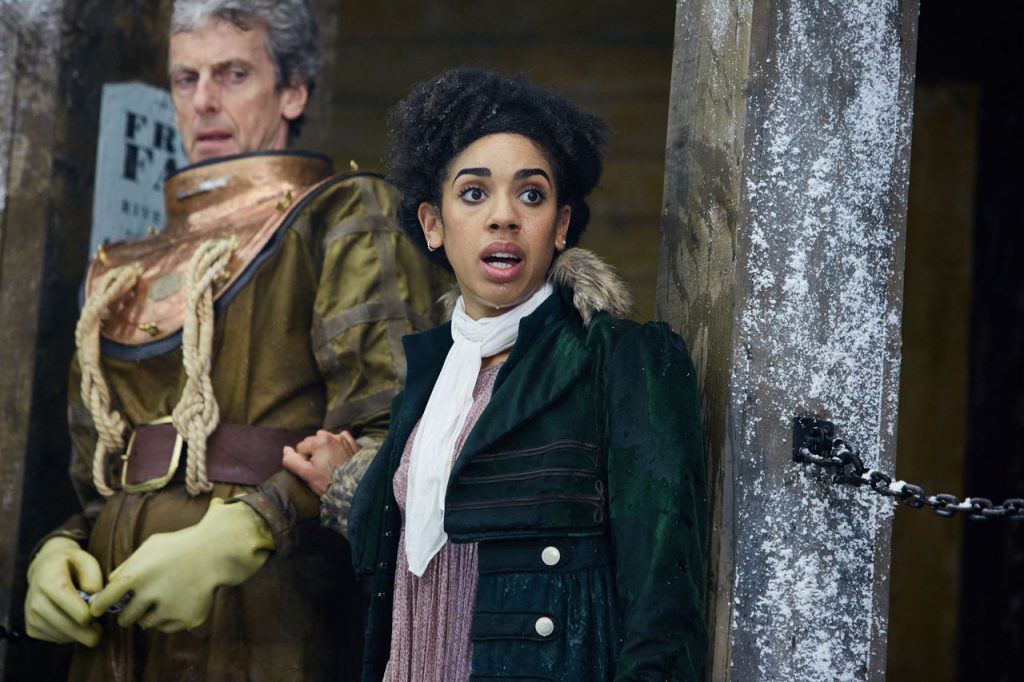 But I’m being too negative, and too fearful. The production staff need to be careful, yes, that they don’t do anything crass and obvious: this includes setting up a running joke where Bradley’s always trying to step out of the TARDIS first, or he’s assumed to be the Doctor by everyone he meets (credit to the Cognizant Dissidence podcast for this idea), and Jodie has to explain throughout this series that actually she is, with a bigger eye-roll every episode. We have Donna’s perennial denials across Series 4 that she and the Doctor were an item, because the show was (temporarily) putting romantic entanglements behind it, as an example to eschew. And Jodie can’t go around leaping for joy, overtly celebrating being a woman for its own sake, both because that isn’t how to transcend gender, and on account of the fact the Doctor hasn’t done this as a man.

More importantly though, Jodie Whittaker as the Doctor embodies the greatest source of new potential in this character since their return from the Wilderness as a tormented war veteran. There is so much that can be added now, in big ways and small, by nearly everything the Doctor does. But nothing needs to be added, and simultaneously nothing needs to be taken away. This is an exhilarating time of narrative possibilities and points the way forward to further barriers being broken in the life of the Doctor subsequently, barriers that may help somehow to break down those remaining within ourselves and society. My love for the show has always been based in the fact that Doctor Who can take you anywhere – and that’s truer now than ever before.

So it’s not that I won’t be looking forward to Bill’s presence this Christmas, alone out of everyone. She too serves a vital demographic function, my (single) heart will swell at her appearance, and Pearl and Peter will assuredly nail their scenes one last time. But I’m worried about our Doctor: he doesn’t constantly need to yield the screen to his companions anymore, because soon she’ll need to be given unequivocal top billing. And though right now she’s a natural talking-point, and can count on the interest and allegiance of many fans old and new at least to begin with, she hasn’t been given the greatest initial impetus, as we’ve seen, the show is hardly barrelling along, and she can’t afford for her momentum to dip. She’ll have plenty more enemies in her way, and each snare such as a dip in ratings, or a hiatus, will be laced with poisonous questions.

The show needs to win, and win big, and do so entirely because of its first female lead in 54 years. My opinion is another female Doctor should follow Jodie, if possible, just so we can avoid (or delay as long as we may) the men’s rights and broflake brigades celebrating a return to ‘the norm’, and safeguard our strides forward. But that’s for later; for now, we need to get 100% behind this Doctor. Life depends on change, and renewal. Give her a chance; this is where she flies.

Previous: Under the Pendulum Sun by Jeannette Ng
Next: Blade Runner 2049: Built off the back of slaves