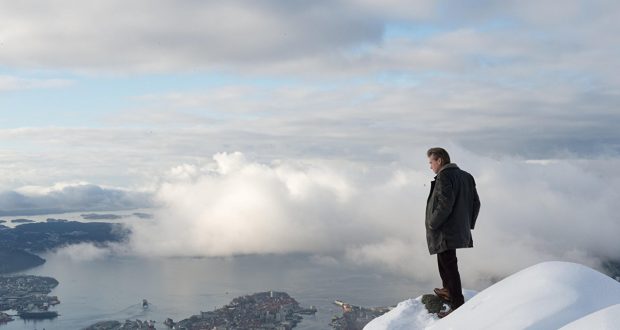 The Snowman: He’s taunting us…

Crime dramas always strike me as struggling on the big screen. It is undoubtedly an opinion arising from my upbringing, but a detective story is often well-suited to the serialised format of TV. The limited running time of a film necessarily truncates the time spent on an extended investigation or else means you can’t build up characters over a series of cases. There’s also a question of scale. If the story’s natural environment is TV, what qualifies it for a theatrical release? Is it more elaborate, bigger, bloodier, more complex, more psychologically involved? I asked myself many of these questions as I watched The Snowman and concluded roundly that the film did not need to exist.

The Snowman adapts Jo Nesbø’s novel of the same name and features his well-established protagonist, the dysfunctional detective Harry Hole. I am not familiar with the books but they are considered an ur-example of Scandi Noir: Scandinavian crime fiction that depicts a morally grey and depraved world hiding beneath the chilly surface of placid Nordic life. Either the film fails to capture the virtues of the novel or Nesbø’s book is a trite example of airport fiction.

The Snowman comes very late to the party. The heyday for Scandi Noir has come and gone 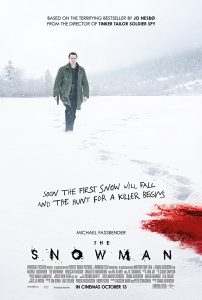 The cast on paper looks fine but their talents are sorely wasted. Fassbender is our lead, with Rebecca Ferguson is his partner on the case. The wider ensemble includes Toby Jones, J K Simmons, Adrian Dunbar, Charlotte Gainsbourg; all fine performers. But there’s little opportunity for them to shine and their performances are laid low by instances of hackneyed detective fiction dialogue. When people start divulging their motivation towards the end, it really reaches its nadir.

On top of which we have a very odd approach with the international casting. Populating a film with anglophone actors to stand in for locals is nothing new, so we establish early on that a range of English and American actors will be standing in for Norwegians and not using cod accents to do so. It does throw this out though when we have Norwegians in supporting roles in the cast. Plus, Simmons isn’t using his own accent but isn’t pretending to sound Norwegian either. It doesn’t feel thought through. Then we come to a notably flummoxing element of the film: Val Kilmer. The actor has been an odd screen presence since his bouts of extreme weight loss and health issues but the bizarreness is amplified because he’s clearly dubbing over his own dialogue in the film – and not very convincingly at that. 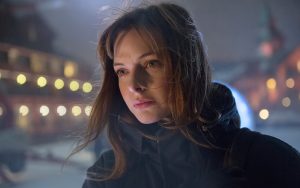 The structural editing of The Snowman leaves something to be desired too. Flashbacks to a prior investigation insert themselves infrequently into the main drama but feel like they drop in arbitrarily and with no attention to the wider form of the film or the scenes which bookend them. This larger structure is itself hamstrung by its frequent dithering with clichéd digressions on Harry Hole’s dysfunctional personal life or the background agenda of his partner on the case. This would be less of a problem if the plot were not a foregone conclusion from the start. I don’t think anyone with a basic understanding of detective fiction won’t see the end coming. Whilst sussing out a mystery can be satisfying, when played out this long, it is simply frustrating.

I find it baffling that a film with such credentials should misstep so hard. The director Tomas Alfredson previously helmed Tinker, Tailor, Soldier, Spy and Let the Right One In, both memorable and highly accomplished films. The Snowman is amateurish by comparison. Detective fiction always expends time on red herrings but too much of the film is dedicated to material that goes nowhere. A few scenes integrate unnecessary CGI which looks grossly out of place. The strong visual style Alfredson has previously shown is absent and there isn’t a strong core of story or characters to make up for this. I am genuinely surprised he could produce anything so predictable and bland.

Verdict: Just let this one expire out in the bleak wintry landscape and pay it no heed.

Previous: The Death of Stalin: We need change
Next: Dogs of War by Adrian Tchaikovsky