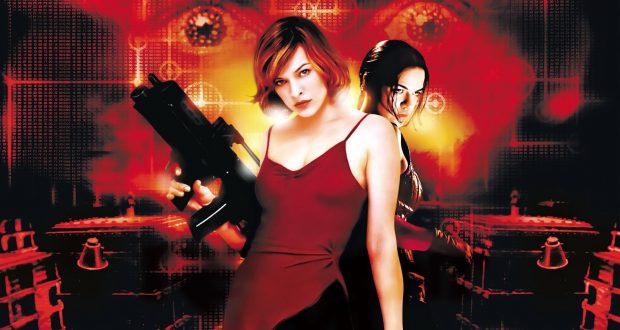 Sometimes I’m rather impressed with my abilities to live under a rock. Somehow, for fifteen years I had managed to completely avoid ever finding anything out about the insanely successful Resident Evil franchise. Then again, now that I’ve seen it, I can’t say I was missing out on all that much. Yes, there I go, being yet another critic to deride a highly popular franchise based on a video game property. Who’d have thought?

I’m really rather baffled at how the premise – flimsy as it is – could possibly have spawned such a robust franchise. How were there that many stories to tell? The first film didn’t have a plot, so how could they have found enough to say for another five films (so far… a reboot is currently in the works). The only way to watch this film is to completely disengage one’s brain. This doesn’t just require the suspension of disbelief, this requires the suspension of all firing neurons.

Simply on the premise alone, I have the following questions: 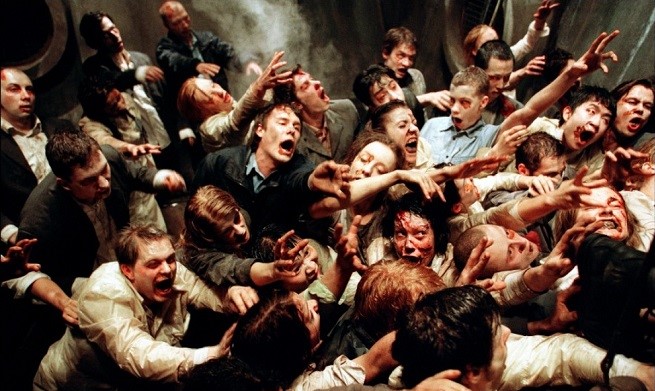 It should come as no surprise that the CG in the film is awful. After all, the film is fifteen years old. Then again, I’ve seen worse special effects in massive Hollywood blockbusters that came out this year, so really I can’t be too hard on Resident Evil. In fact, apart from the poor CG when it comes to the mutant creatures, for the most part, the CG is used to give the film a more video game feel. The use of maps and showing the characters where they are within the world both adds to the tension of the narrative as well as paying homage to its source material.

Resident Evil really is about as ordinary as horror films come. The characters are locked in an enclosed space with dangerous, unpredictable elements. Not only are the zombies and the evil AI out to get them, they have potential double-crossers amongst their number, AND there’s a ticking time bomb counting down all the while. There’s the selfless act of sacrifice, telling the others to ‘go on’ without the wounded one holding them back. The film includes more than one fake-out of ‘oh, don’t worry, we’re safe now… PSYCH!’ It was as though the writer (and director), Paul W. S. Anderson, was attempting to play horror trope bingo with this one. And boy did he ever win! 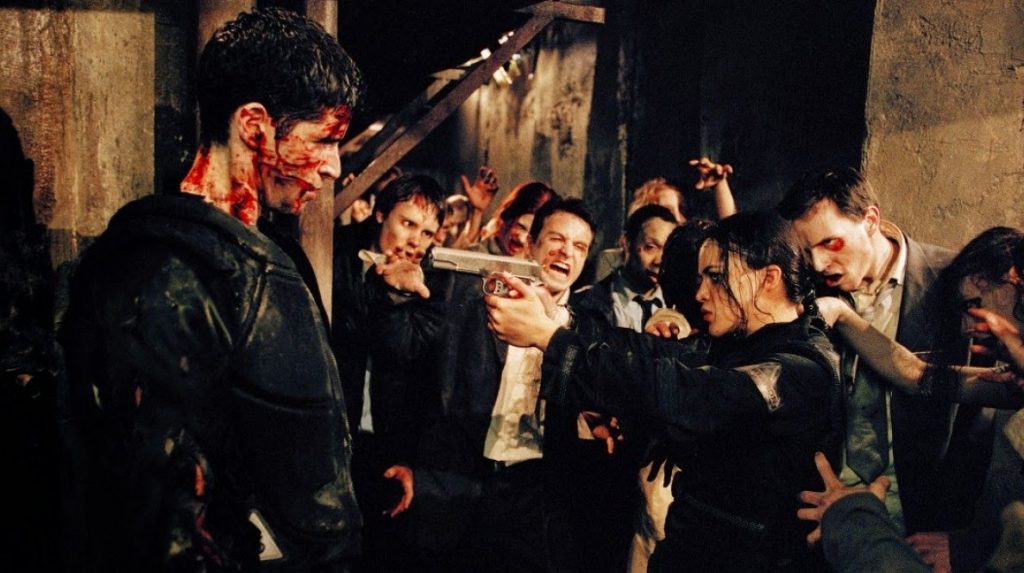 So if this film really is so dismal, why did it strike such a chord with the populace? Outside my condescension of the general populace’s taste, there must be a reason, right? If you are able to switch off the part of your brain that intellectually engages with content, Resident Evil could be rather fun. It is predictable and dumb, but it does contain plenty of gore and schlock. If you enjoy seeing zombies rip people’s throats out or enjoy a good jump scare, then this film might just hit the right buttons. After all, not all films need to be real head-scratchers or emotionally deep.

Even if we make allowances for the occasional shallow film, why this one has spawned such a fervent fan base is beyond me. It is neither so awful as to be amusing nor actually good. So why does it remain a force to be reckoned with at the box office? Perhaps we will never know.

Previous: Dogs of War by Adrian Tchaikovsky
Next: Thor: Ragnarok