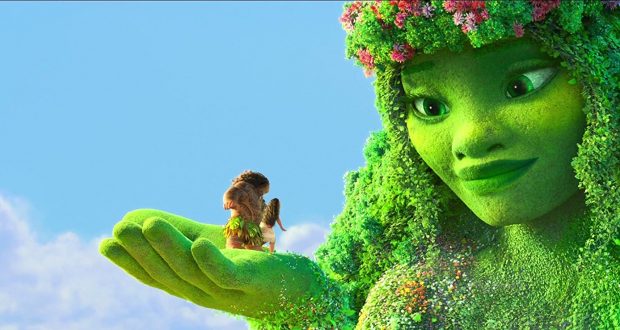 A recent query on social media about a children’s Halloween costume and the ethics of dressing a child up like a character from another culture sparked a typically lengthy discussion of the various interpretations of the term “cultural appropriation”. In this case, whether or not a white child dressing as Moana was allowed. What became apparent was that many people have very rigid views of what the term means and its complexities are often ignored.

Let’s start out with the term itself: cultural appropriation refers to the use of elements of one culture by another. The term can be considered neutral, simply describing a practice and associating no moral or value judgement simply based on the act of appropriating itself as such judgements are based on specific context. Alternatively, in some circles, the term is contrasted to (variously and not limited to) “cultural exchange” or “cultural appreciation” which frames “appropriation” as specifically the negative iteration and the other as a permissible action. The spirit, in either case, is identical. The use of material from one culture by another is not automatically taboo, as the manner and context of this use is the determining factor.

Moana is a particularly good example of the complexities of this issue. The story is a Disneyfied version of Polynesian mythology and the majority of the cast are themselves of Pacific Islander heritage. So far, so inclusive. We have the visible inclusion of Polynesian voices in a Polynesian story. But this is, of course, a film made by Disney, an all-American film-making powerhouse with a well-established track record in capitalism, patriarchy, and “indelicate” depictions of non-white characters. The film poses a number of questions.

One major way in which cultural appropriation causes ire is when the culture taking material from another is denigrating or marginalising the original culture in the process. This can take the form of creating or proliferating stereotypes, mocking or trivialising aspects of their heritage, or even obliterating their presence and visibility in their own cultural practices within the wider population. This last one, in particular, is what Disney sought to avoid with their casting – all too often media sourced from other cultures is whitewashed and any discernible relation to its origins to buried. But beyond this, the power dynamics of the participants is an overlooked factor.

No one (of sound mind, at least) can fail to see the benefits of exposure to and engagement with other cultures. It’s an illuminating and constructive process. But when using material from another group, the present and historical relationship between these two groups largely shape the context. Nations in the developed world have typically benefited from the exploitation of less developed countries: this is the legacy of colonialism. Thus we come to Moana and Disney. 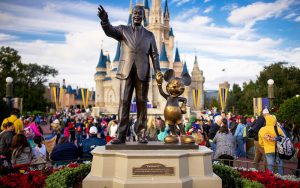 As much as Moana is a great example of Disney giving visibility to non-European and non-North American stories and people, it is doing so in its capacity as a profit-driven corporation. A White American-dominated and -run company is using elements of another culture to produce more merchandise, more integrated marketing opportunities, more money. The Polynesian culture is, on some level, not appreciated for its inherent value but for its ability to generate profit. Profit which goes straight to the bulging wallets of the all-American Disney corporation, and not towards the communities from which this material originates.

Never doubt the capitalist aspirations of the House of Mouse

Does this mean that Moana fails the test and cannot be viewed outside of its context of capitalist exploitation? No. The situation is clearly more complicated and our assessment of the impact of cultural appropriation should never be a simple binary of “yes, acceptable” or “no, not acceptable” (except in the very worst cases). An instance of cultural appropriation can have multiple contradictory positions within this realm at once. The film can provide an opportunity to make Polynesian culture more visible internationally and engage with audiences otherwise unexposed to it, whilst also sadly representing another way for Disney to expand their corporate conquests with, among other things, a new resort in Hawaii. 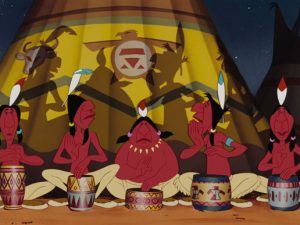 And what of the children’s costume? A lot of opposition to appropriative costumery is that it innately stereotypes and trivialises. Look at the typical Indian Brave outfit, calling to mind the image of an ululating savage – the stereotype used to justify the extermination and corralling of innumerable people. And then the sexy variants, gleefully portraying exploited people as sexually pliant. However, this fails to acknowledge the obvious distinction between adult costumes and those of children. Adults almost always dress up for incidental humour, whereas children often want to dress as people they aspire to be. A virtue of Moana is that it provides a protagonist of colour to be admired. By no means do we want to tell children that their role models or exposure should be limited to their own ethnic or cultural background.

I hasten to add that the point is not to create an authoritative list of cut-and-dry rules as to what is and is not acceptable. Deliberations on the impact and degree of cultural interplay are always going to be complex. We do ourselves no favours by trying to simplify these discussions with dogmatic adherence to dictates that allow no room for context or content. Looking forward, we can see these issues arising all around us in major and minor instances so we have to be armed to consider these in an informed manner. 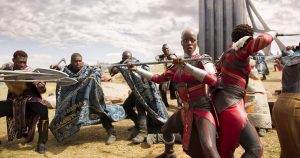 Take, for example, Black Panther. The upcoming Marvel film is another example of Disney (who own Marvel) standing to profit from the depiction of another culture. In terms of positive representation, the film will feature the eponymous African superhero, the first black protagonist-led superhero film of the Marvel franchise (let’s not overlook the Blade films or the regrettable Catwoman in terms of the wider superhero films). He’s also a rare example of a black superhero who isn’t African-American. The cast looks to be overwhelmingly black and seeks to move the franchise out of its American-centric worldview. However, the depiction of the fictitious African nation of Wakanda is problematic. Will this be explicitly based on a particular nation or heritage, or will it provide a non-descript hodgepodge of elements from a number of African peoples? If the latter, it will be perpetuating the stereotype that a continent far larger than Europe, the USA and China combined is culturally homogeneous.

Will Black Panther navigate these issues well? Will it even remotely overcome the context of more capitalist cultural profiteering? As with all other examples, it could fail in some contexts and succeed in others, and we’ll need to treat the issues with their due complexity to navigate this labyrinth effectively.

Previous: Autonomous by Annalee Newitz
Next: Murder on the Orient Express