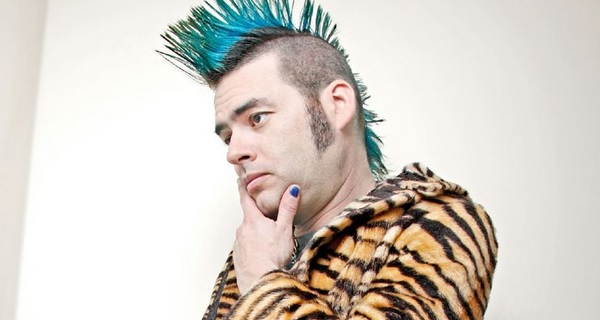 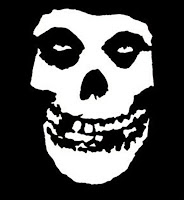 This year, renowned force of darkness – and New Jersey’s own ‘evil Elvis’ – Glen Danzig tried suing his former Misfits bandmate, the devil-locked, born again Christian, Jerry Only, for a share of profits Jerry made licensing the band’s ‘crimson fiend’ logo. The case was thrown out but with the ‘fiend’ now almost as ubiquitous as Arturo Vega’s Ramones crest, it left questions on the legitimacy of outlets like alternative clothes shop Hot Topic (the focus of Danzig’s lawsuit) and band merchandise as cultural (mis)appropriation. The example drawing most ire recently was the Misfits vest worn by a member of 5 Seconds of Summer during their Billboard Music Awards performance. Now, the most renowned song of The Misfits’ exceptionally lo-fi, Danzig-led era is ‘Last Caress’. Covered by Metallica among others, ‘Caress’ is a joyously melodic clarion call of carnage and apathy, including the memorable lines, ‘I got something to say / I raped your mother today, and it / Doesn’t matter much to me / As long as she spread’. Not quite words you can imagine ringing out around Billboard’s ceremony, or cropping up in a song by the boys of Summer. Clothing – and clothes shops – has long been central to punk. Malcolm McLaren svengali’d The Sex Pistols together in the back of Sex, the clothing shop he operated with Vivienne Westwood. Westwood frequently interrogated customers to determine whether they were worthy of purchasing the punk couture, and some wish such a filter was still in place. The suspicion is of elements of the culture being co-opted and used to make a quick buck – by those who don’t mean it, maaan – and at first glance NoFX could be just such shysters. The puerile humour and stereotypically ‘punk’ haircuts; the three-chord musical conservatism and forays into that stilted reggae unknowingly begotten by The Clash. NoFX look like fat, drunken frat boys in big shorts, telling fart jokes. 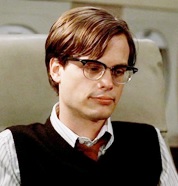 Raekwon the Chef and Ghostface Killah of Wu-Tang Clan established their reputation on an ability to coin endless new slang, including the term ‘smart-dumb niggas’. This refers to people intellectually booksmart but lacking in basic, everyday common sense – a popular preoccupation in characters like The Big Bang Theory’s Dr Sheldon Cooper, Dr Spencer Reid of Criminal Minds, and Benedict Cumberbatch’s Sherlock Holmes. NoFX turn that convention on its head as dumb-smart punkers, especially through the songwriting of their leader, ‘Fat’ Mike Burkett.

If I’d never heard of NoFX, that description – from a live review posted on a Baptist church forum – would make a pretty strong sales pitch. And it’s accurate! NoFX arrive swathed in self-deprecation – from album titles (45 or 46 Songs That Weren’t Good Enough to Go on Our Other Records) and song titles (‘And Now For Something Completely Similar’) to habitually noting every mistake in their live shows. Mike’s voice perfectly captures the quintessential, nasal sneer of a whining fifteen-year-old, but he has something to say!

The first thing to note is that NoFX really are funny. If you don’t laugh at the charming miniature ‘Monosyllabic Girl’ or their revision of ‘Happy Birthday’, you’re wrong. Refusing to do interviews for many years, NoFX’s main communication was on record, and if hip hop is, as Chuck D said, ‘black America’s CNN’, then NoFX have been a newsletter from a punk scene ombudsman. Whether essaying the venal self-promotion of the contemporary hair metal scene (‘El Lay’) or taking light jabs at fellow bands’ over-fondness for woahs; praising Bad Religion, illustrating desperation for airplay (‘Please Play This Song On The Radio’) or just advising who to buy your drugs from (not hippies). There’s also the question of what punk is and what is punk. Mike joked about Tim Yohannan of Maximumrocknroll’s regulation of punk (‘I’m Telling Tim’) and gave us the schizophrenic embodiment of a man satisfying all definitions (‘Punk Guy’).

My Grandfather, he died in a concentration camp … He got drunk and fell off a watchtower. 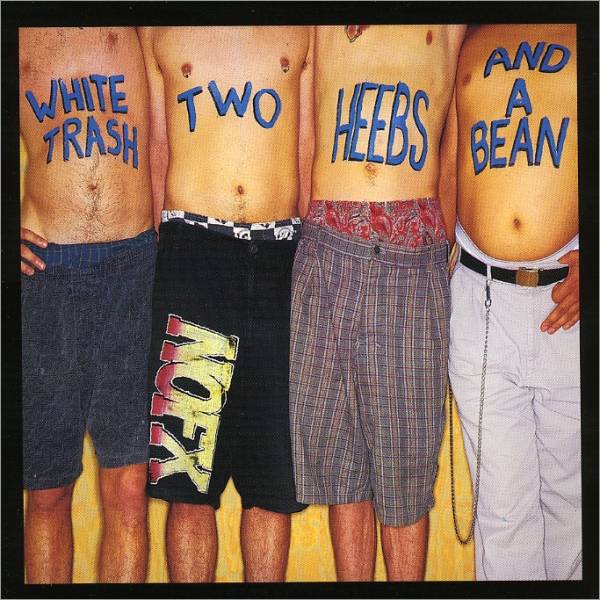 No strangers to Socratic irony, NoFX serve up opinions so extreme as to provoke reaction and presume opposition, but there’s nuance to the shock. Their foregrounding of difference is best illustrated by the title of the album that cemented their line-up, 1992’s White Trash, Two Heebs and a Bean (or, as it was originally to be titled, White Trash, Two Kikes and a Spic). Mike’s Jewish heritage is also to the fore in ‘The Brews’ – a hilarious chant-along vision of a skinhead Jewish punk gang, loaded on Manischewitz wine, harassing goyem and hitting on shiksas. The same record featured Mike’s year-zero approach to racial classification, ‘Don’t Call Me White’. It’s Fat Mike’s character portraits though, that show the influence of his bachelor’s degree in Social Science – with a minor in Human Sexuality. There are newly-sober alcoholics (‘Bob’), aging homeless men (‘Scavenger Type’) and those simply rejecting society (‘Freedom like a Shopping Cart’). ‘New Boobs’ examines the mentality of cosmetic surgery from the inside (with a doo-wop coda!) while ‘The Black and White’ critiques small town sexual repression. The complexity of the breakneck ‘Lori Meyers’ offers a man recognising a pornstar to be a childhood friend and vowing to save her, only for the passive female image to regain her voice (care of Kim Shattuck) and give her own opinion of her choices. Fat Mike’s songwriting smuggles big ideas in overly simple ditties like ‘Pods and Gods’ or a laidback reggae groove about fearmongering and imperialism. Having never voted before he was 30 though, it took George W. Bush’s administration to overtly politicize Mike’s music, driving him to found Rock Against Bush. If the cover of 2003’s The War On Errorism was too ambiguous, interpolating Martin Niemöller’s ‘first they came for the socialists…’ lines in ‘Re-gaining Unconsciousness’’s incendiary take on intolerance makes it clear; the line ‘Looks like witches are in season’ will raise the hairs on the back of your neck. Mike’s most vehement attack on the values of the right though was reserved for ‘Leaving Jesusland’; a no holds barred rallying call for everyone from “queers, transgends and lesbians/Vegans and vegetarians” to “people with college degrees/Drug experience and STDs” to travel to the US’s tolerant coasts, abandoning the midwest to a heartland to dogma and obesity.

There are many sides to Fat Mike. A veteran from the early days of punk, his independent Fat Wreck Chords label continues to sign punk bands and has made him a multimillionaire. He enjoys golf and plays Occupy events; posts pics of his S&M dungeon and owns a gastropub in Brooklyn. He helps raise funds for a friend’s sex change via Twitter and offers his daughter advice like ‘don’t do coke until you’ve made your first million’ – while releasing songs as great as the emotionally crushing ‘My Orphan Year’ in a way that still suggests anyone could do this if they want. And what do all these contradictions mean? Nothing. It’s just a guy living his fucking life! And you should too.

Oh, and NoFX covered ‘Last Caress’. The chorus is reggae.

Previous: Lucy: We humans are more concerned with having than with being
Next: Quirky vs cheeseball: Independent romantic comedy films