Home / Film / The Giver: If people have the freedom to choose, they choose wrong 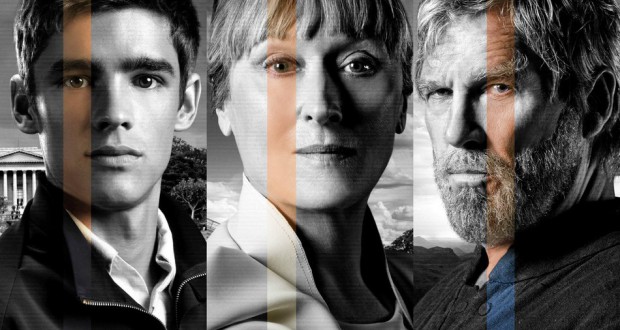 I first read The Giver at exactly the right age – I was 12 years old and just beginning to go through puberty. It was one of the first books I read as a young adult that really sparked my love of reading, showing me the possibilities of escaping into other worlds fleshed out by my own imagination. Lowis Lowry is a very gifted writer, with several of her books, including The Giver (and another favourite of mine, Number the Stars), winning the Newbury Medal for ‘the most distinguished contribution to American literature for children.’

It was sadly inevitable that The Giver found its way into cinemas in the wave of YA dystopian films smashing through the box office. The film was something of a passion project for Jeff Bridges, having wanted to film it back in the 90’s with his father in the titular role. Bogged down in development hell for almost twenty years, he was finally able to make the film once the YA dystopian thing was well and truly over. It’s a shame, given the story well preceded the others who have done well more recently. Even if The Hunger Games and Divergent hadn’t already covered this ground so thoroughly recently, The Giver lacked a certain spark that the book exhibited, leaving viewers cold and a little bored.

In a black and white world where there is no emotion, violence, or freedom of choice, society is governed by a group of wise elders. Their decisions are absolute and unquestioned. Jonas (Brenton Thwaites) and his friends are coming of age. They nervously await their assignments to their careers. The chief elder (Meryl Streep) leaves Jonas to last, as he has been given a career assignment of the highest honour – he is to be the Receiver of Memories. Jonas is warned that his path will be painful and difficult as he begins his training with the previous Receiver (Jeff Bridges).

His new position gives Jonas an insight into his community that no one else has. He learns that the world was not always so monotonous; that once there were colours, music, dancing, seasons, and most importantly, emotions. With all the joyous experiences, however, came the bad: war, hunger, and poverty. But is their new existence, one of ‘sameness’, really better? The more Jonas learns about his community, the more he questions the moral groundwork on which it is built. 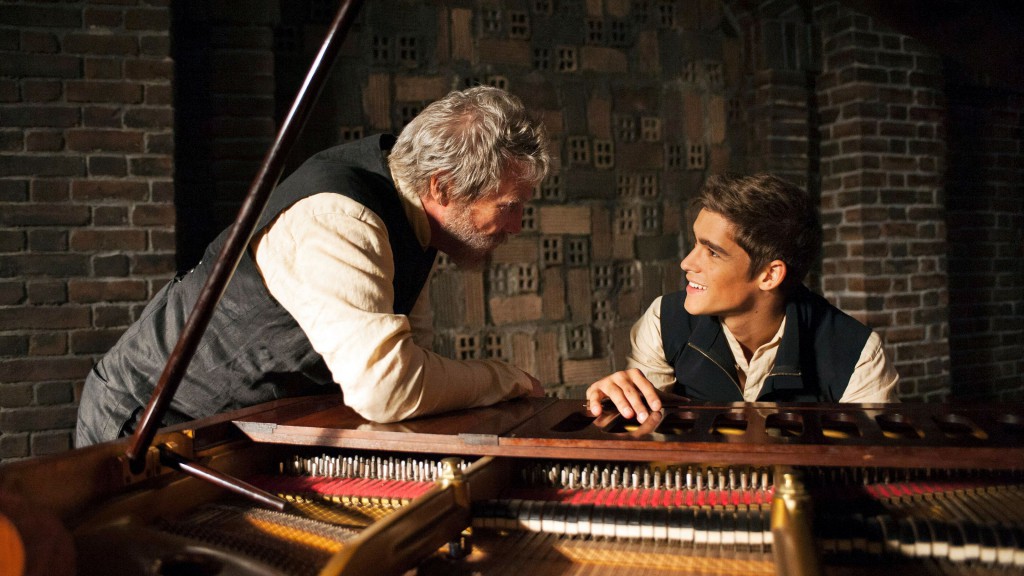 When the premise of a film (or book) involves emotion-less characters, the viewer (or reader) needs to be emotionally hooked in a very strong way. With all the ‘precision of language’, neighbours reporting on neighbours, and lack of freedom of choice, many of the characters become robotic and uninteresting (cue Katie Holmes looking serious). Director Philip Noyce is no stranger to quiet, subtle films hitting you right in the feels, with fantastic credits to his name such as Rabbit-Proof Fence and The Quiet American, so I have to wonder how he got it so wrong in The Giver.

Perhaps it was the time limitations for a children’s film or simply a poor script… whatever the reason, the connection between Jonas and the Giver was not sufficiently established. The Giver represents something that Jonas has never experienced before in his life – a person who is able to lie to him, but doesn’t; someone who has the ability to love, and does. And yet Jonas doesn’t seem to grab hold of that like anyone else who suddenly understood emotions might. Also, he is reckless with the teachings the Giver shares, being so obvious with his rule breaking I wanted to punch him. 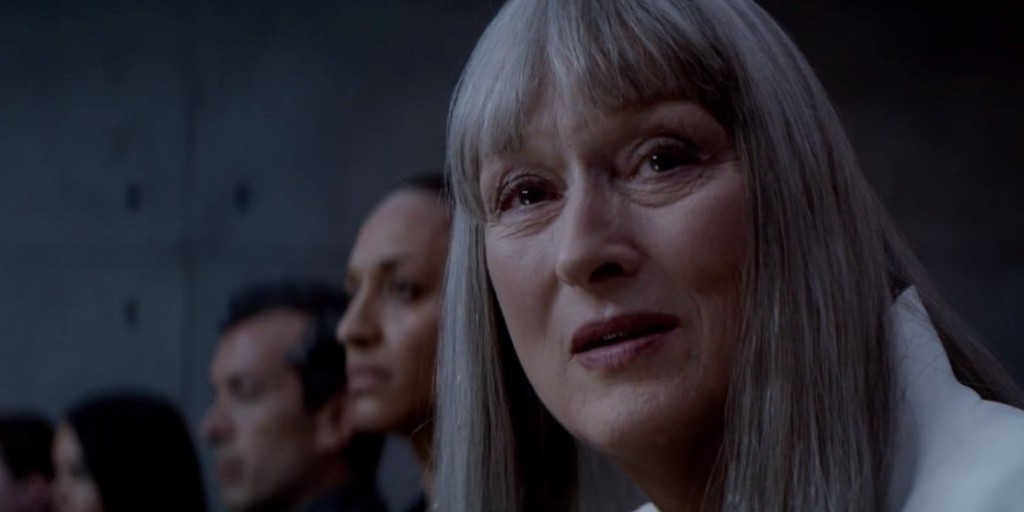 The threat level is never elevated enough to get our hearts racing or our bums on the edges of our seat. The map showing the ‘boundary’ and therefore the answer to the community’s problems is revealed far too early and obviously. With the answer in sight from the beginning, it’s hard to see why there’s really any issue at all. And with all the surveillance the community has, why is it so difficult for them to locate Jonas and keep tabs on him? If everything is recorded, why does no one realize that Asher let him go? The limits of the viewer’s suspension of disbelief is pushed over the cliff and into outer space, making it difficult for any emotional resonance that may have filtered through to have any impact.

‘Where there is good, there is bad.’

…And where there is bad, there is good. While the film might not have the emotional or philosophical punch of the book, it isn’t all bad. Jeff Bridges is fantastic as the titular character. Alexander Skarsgård’s performance should also be called out, for it’s subtle, understated excellence. Not many actors could pull off killing a baby with such believable ignorance while still coming off as a caring man, eliciting exactly the right response from both Jonas and the audience. Odeya Rush was just the right amount of girl-next-door with a curious and rebellious nature as Jonas’s love interest Fiona with Cameron Monaghan playing the jealous shithead so well I almost forgot how convincing he was as the overlooked nice-guy in The Vampire Academy. 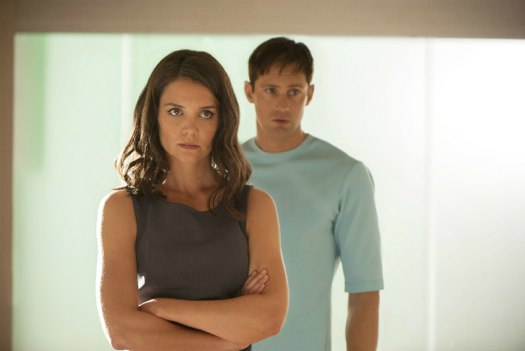 Unfortunately, not everyone was as good. Brenton Thwaites was the perfect mannequin – I had no real feelings or responses to him. The filmmakers could have replaced him with another actor halfway through and I probably wouldn’t have noticed. Katie Holmes was annoying with her sad puppy-dog eyes and her hands always on her hips. Meryl Streep does make a good baddie, there’s no doubt about that. But in this she felt a bit too much like a female version of the cartoon villain – moustache twirling and completely lacking in any personal motivation outside being pure evil.

‘I cannot prepare you for what’s going to happen.’ 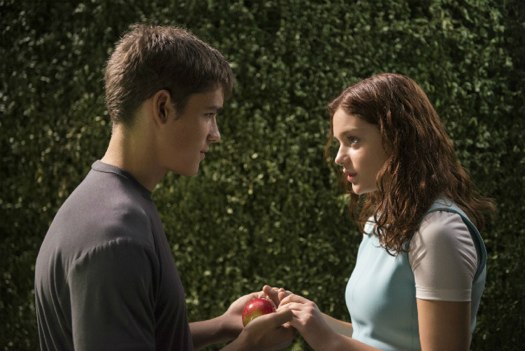 One thing that bothers me from having read other reviews of the film is the way everyone is fixating on the lack of originality or depth to the dystopian and philosophical elements of the film. What these critics seem to be missing is that the film – and the original story – is at its core, a story about puberty and coming of age. The entire premise is how a teenage boy learns to deal with strong emotions he has never experienced before, with the lesson being that emotion is beautiful and necessary, though can lead to negative consequences if not dealt with properly. While emotion might lead to war, without understanding the significance of death, you also lose something fundamental to your humanity.

While the dystopian elements of films like The Hunger Games and Dviergent may not be as strong in The Giver, it makes up for it with its strong coming of age story.

Verdict: It’s certainly disappointing viewing for lovers of the book and has far less action than other YA dystopian films of recent years, but The Giver touches on elements of growing up that other similar stories often gloss over.