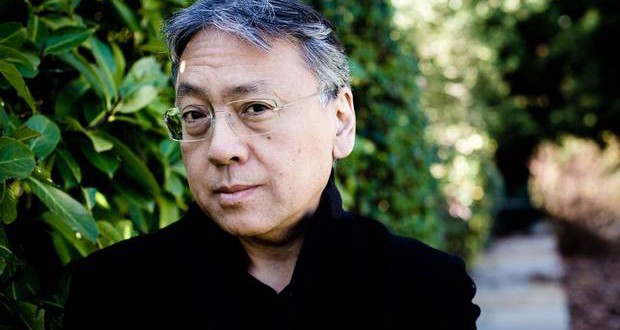 A pair of elderly Britons, an aged Arthurian knight, a tenacious Saxon warrior, a persecuted child, an ancient wyrm and a strange mist lying across the land: this is the Britain Ishiguro presents to us in The Buried Giant.

Booker-winner Kazuo Ishiguro’s latest book is a fantasy-come-mythic history of Britain (its categorisation has proved somewhat under dispute) which makes it something of an oddity in his canon. Though its immediate form and style are quite apart from his most famous work, familiar themes do emerge. Perhaps not the most ambitious piece in terms of plotting, or the most elaborate fantastical landscape ever created, The Buried Giant can be admired as a simple yet subtly experimental tale from an author trying new things. 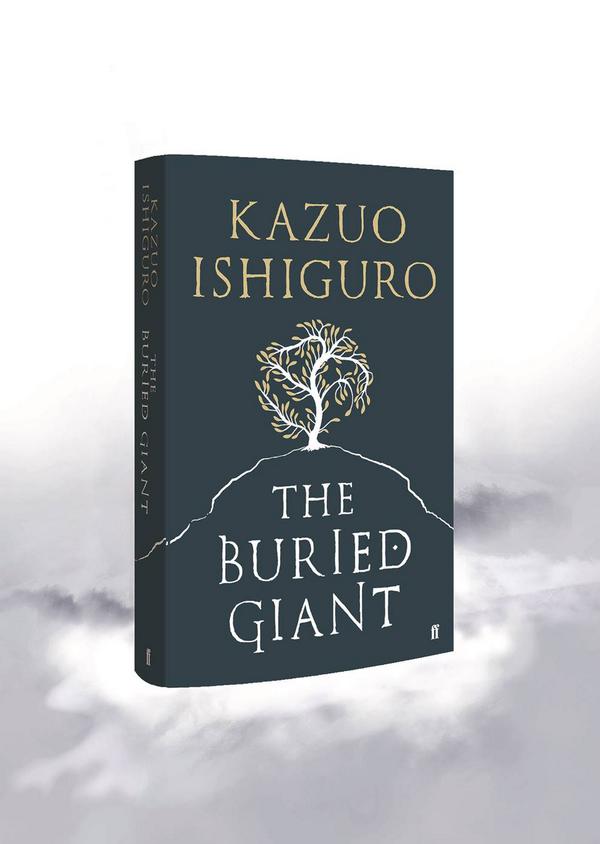 I should declare at the outset that I am reasonably well-versed in Ishiguro. I’ve tackled his two most established works, The Remains of the Day and Never Let Me Go, loved them both and gone through his collection of short stories Nocturnes (about which my opinion is far more reserved). For those familiar with these works, The Buried Giant breaks from the author’s established formal conventions. Ishiguro’s primary narrative voice is an omniscient narrator reflecting back from the present, not the usual intimate first person emitted from Ishiguro’s protagonists. As a result we aren’t left with the explicitly unreliable narrator or the tropes of delusionary self-analysis and simmering repression that usually mark his fiction. The syntax is acutely more curt and elliptical, perhaps trying to evoke the style of the Anglo-Saxon literature established at the time of the story, and the landscape is ostensibly more physical than the largely emotional landscapes that Ishiguro tends to map.

And yet, the writing of The Buried Giant is quite familiar. In many ways it is made as an attempt to familiarise the reader with the lost legendary past of Britain. The ogres introduced in the first chapter are mundane, another hazard of venturing into the wilds like brigands and exposure, no more fantastical than rain. Much in the same way Never Let Me Go sought to build a science fiction premise that wasn’t outlandish to the reader by virtue of building it up through a subjective perspective, The Buried Giant is told like a reminiscence by a friendly raconteur. By the conclusion, Ishiguro’s perennial tropes have indeed surfaced. As with so many of his characters, there are secretive kernels of knowledge and motivation driving most of the cast that neither they nor the reader is initially aware of. The new readers should be warned that Ishiguro is an old hand at ambiguous resolution. This is a not a book where the ‘heroes’ return to fanfares and parades after fighting a dragon.

Everything is glimpsed through this haze of forgetfulness 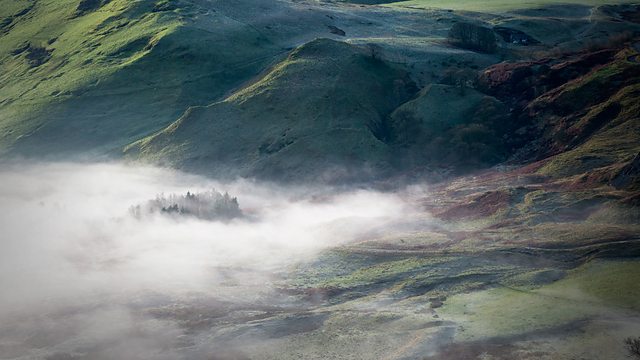 What then of the plot? It is remarkably simple. Axl and Beatrice, creaking with age, want to visit their son who lives in another village. This devoted pair, like everyone else, has had their memories slowly eaten away over the years and upon remembering they have a son, resolve to venture out before they forget again. The countryside over which they must venture is swathed in mist, concealing detail and clarity, reflecting the addled states of everyone’s mind. As the couple go in search of their family and their forgotten past, they come across the rivalling quests of Wistan the Saxon warrior, who has apprenticed a young boy, and the last of Arthur’s knights, the grumbling but determined Sir Gawain – both seeking the mysterious she-dragon Querig.

The most fantastic concept is not the dragons, Knights of the Round Table or ogres (indeed these are treated as the established legendary principles that they are) but the mist and amnesia that has stricken the land. Everything is glimpsed through this haze of forgetfulness, which Ishiguro is tying in with his ‘rediscovery of our mythic heritage’ theme. However more than that, this is something of a rumination of dementia. Conversations can be frustratingly circular and characters witter on into non-sequiturs and random topics as Alzheimer’s sufferers are so tragically prone to doing. This is even present structurally as Axl and Beatrice become easily side-tracked, drifting off their familial quest to aid Wistan and Gawain against the enigmatic dragon.

This is the book’s strength and its weakness. Because the characters can only perform limited acts of factual recall, their allegiances and motivations are derived from emotional resonances that linger long after memories have faded. Axl and Beatrice’s mutual affection is genuinely sweet and when the prospect of their memories returning poses a threat to their marital bliss (who knows what sadness lies in their past?), the reader feels a great deal at stake. Simultaneously, the plotting and its world are undermined. Can anything have consequence if given time it will be erased? Is there even a world beyond the immediately perceived if it is then submerged beneath the mental and literal mists? Gladly these elements are woven into the story implicitly or otherwise by the end but nonetheless Ishiguro has restricted his ability to dive into this purported lost past he is attempting to hark back to.

Verdict: Perhaps a more experimental than outright successful entry in the author’s oeuvre but a thematically strong and pleasing little story at the very least.

The Name of the Wind: You have to be a bit of a liar to tell a story the right way
Anglo-Saxon literature Arthurian knight Book Review British Fantasy Kazuo Ishiguro Knights of the Round Table myth Never Let Me Go Nocturnes Novel omniscient narrator The Buried Giant The Remains of the Day 2015-04-22
Fenton Coulthurst

Previous: Does Constantine deserve to be saved?
Next: Inherent Vice: Is that a swastika on that man’s face?