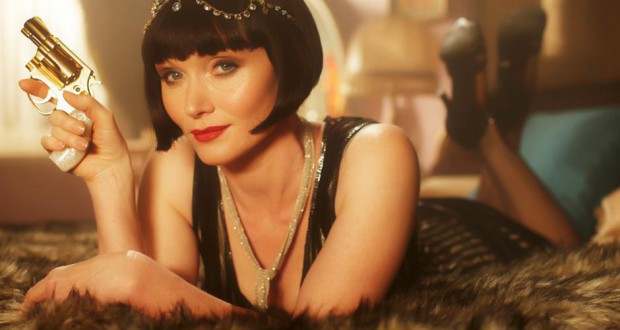 For a television series to make truly brilliant binge watching it has to be equal parts well written/produced/etc and guilty pleasure. That might, at first glance, seem contradictory. If it is a guilty pleasure, surely it couldn’t also be well made? Think again. I’m talking about those shows that are a bit silly, but that’s what they are trying to be; something that relies on clichés and tropes deliberately, something tongue-in-cheek and straight up FUN. And that is what Miss Fisher’s Murder Mysteries does in spades.

No matter how long I live in the UK, I will always get homesick for Australia. One evening, missing the smell of the Aussie soil and the look of the brownish-green grass, I decided to finally give Miss Fisher’s Murder Mysteries a go (and thankfully Netflix has the first two seasons available for streaming, the third season is currently airing in Australia). The series feels more like a wish-fulfillment fantasy than a believable tale of a lady PI, but the ridiculously OTT feel is what makes it so brilliant. I went from one curious episode to binge watching the lot (come on Netflix, when will you get season 3?!). 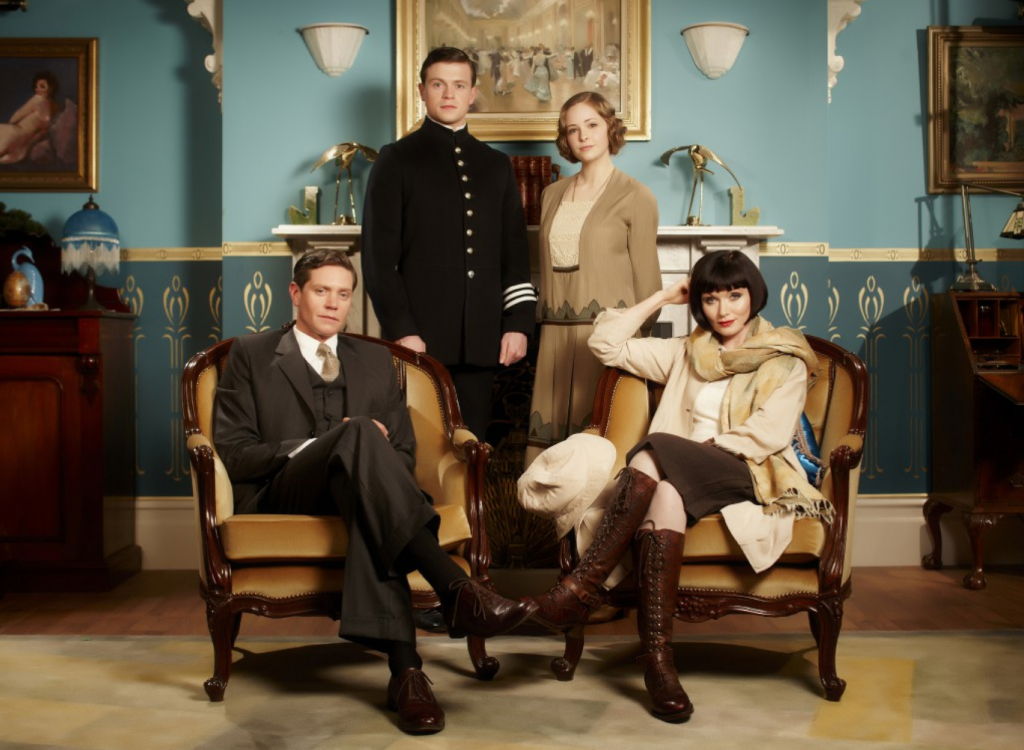 The series isn’t exactly highbrow television. It is absolutely ludicrous; fanciful, fun, and fabulous. You will want Phryne Fisher’s wardrobe and laissez faire sexual attitudes, but more than anything, you’ll wish you had the money to be a Private Investigator for the fun of it (she rarely asks for payment from those she helps). On top of all that, it’s impossible not to appreciate her propensity for picking up strays – Burt and Cec the hapless taxi drivers, Dot the Catholic housemaid and ladies’ companion, young street urchin Jane, and so on.

Even by today’s standards Miss Fisher is a woman to turn heads. She is so liberal and strong-minded you’d never dare second-guess her. She doesn’t want marriage or children, supports abortion, and is very close with her lesbian, doctor friend. There’s nothing that really shocks Miss Fisher other than injustice. The way she takes everything in her stride makes any questioning of her social views a moot point. Her views and behaviour never even come into question, she is who she is, and she is SPECTACULAR!

The series is set in Melbourne, where Phryne Fisher has recently returned after spending many years in Europe since the War. She is drawn back home when the man responsible for her sister’s kidnap and supposed murder is up for parole – Miss Fisher makes it her mission to keep him behind bars. As she settles into Melbourne, she finds herself caught up in a murder mystery and finds that she rather has a nose for clues. Phryne sets herself up as a private investigator and continues to get in the way of local Inspector Jack Robinson. With Jack’s help, Phryne has access to police files and resources, while her position outside the force allows her to investigate in a more unorthodox manner.

A brilliant will they, won’t they 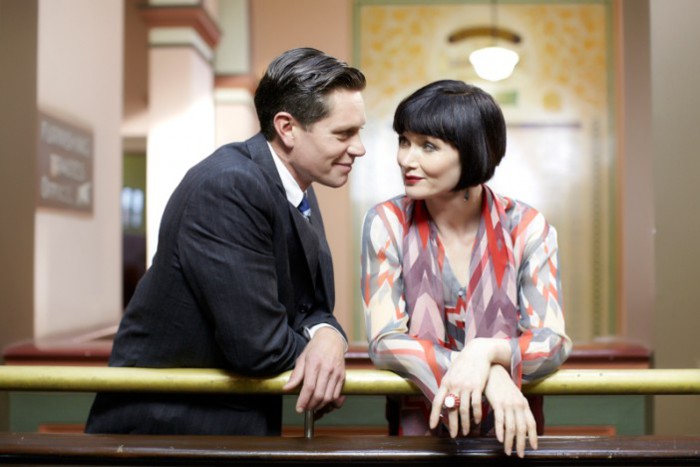 All the best shows have rampant sexual tension and Miss Fisher’s includes some of the best smoldering stolen glances and denied feelings I’ve ever seen. Like any good Private Investigator worth their sort, Phryne Fisher quickly befriends a local Inspector, Jack Robinson. Jack is a bit of a stick in the mud, stickler for process and playing by the rules, but above everything else, he is a very good man. He finds Phryne’s unconventional nature and persistence at first frustrating and eventually charming. While he soon falls for her, he recognizes her independent spirit and never judges her for it – and this is what makes him absolutely bloody perfect.

Unlike some will they won’t they narratives, it makes sense for both the characters that they hold back and don’t go there. For Phryne, she doesn’t like to commit to anyone for more than a fun dalliance. Meanwhile, Jack is clearly a straight arrow – he’d want something settled and long term. But both are far too aware of the other and considerate of the fact that they want different things. The audience will just have to keep hoping that one day their desire for each other will overcome their differences (or not – it’s always more fun to keep the sexual tension ramped up).

A snapshot of an era 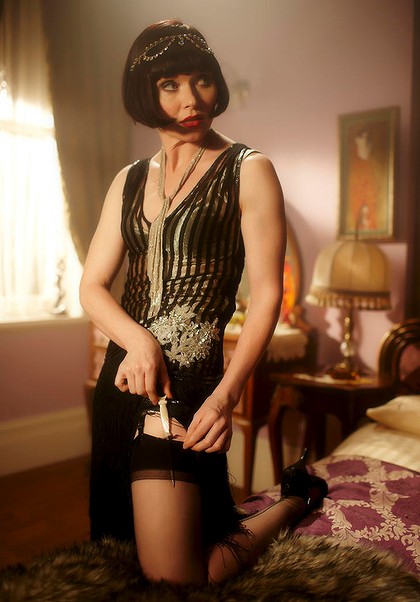 For those who have been to the great city of Melbourne, the series will feel very true to its setting. The buildings and landscapes featured are real Melbourne locations and act as a kind of postcard – who wouldn’t want to visit such a place?! If the physical setting weren’t enough to draw the viewers in, the temporal setting is equally enticing. After the First World War and into a period of growth for Australia, the late 1920’s provide an exquisite backdrop to Phryne’s investigations. The show also captures the multicultural aspects of Australian life – as true then as it is now.

The series also doesn’t shy away from challenging the prominent social views and laws of the time. One of Phryne’s closes friends is a lesbian (homosexuality was illegal at the time), she speaks out in favour of birth control and abortion, and makes it clear she does not necessarily approve of hanging murderers. Religion is also covered by the series – from Dot’s devout Catholicism and confliction when it comes to dating Hugh Collins (a Protestant), to Phryne’s unclear, potentially atheistic beliefs. It even touches on the teetotal movement popular among some communities at the time.

If you are looking for a new series to get your teeth stuck into, I can’t recommend Miss Fisher’s Murder Mysteries enough. It’s great fun.

Previous: Lost Girls and the nature of filth
Next: All-star voice cast for animated Chew adaptation