Home / Film / Batman vs Superman: A train wreck from start to finish 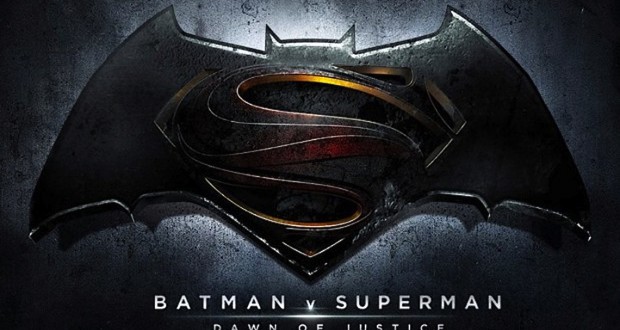 This film had been through hell and back before it was even released. Trailers were released and the resounding opinion was ‘Booo! You suck!’ DC’s decision to have Zack Snyder helm the film after the disaster that was Man of Steel was a curious one, a decision that did not pay off. From the PR disaster that Henry Cavill has been in the lead-up to release, to concerned fans over Ben Affleck’s Batman, to the film itself, Batman vs Superman just could not catch a break. But now that I’ve seen it, I can safely say it never deserved a break. As a friend of mine put it, ‘Ben Affleck’s performance is like finding a diamond in a bathtub full of diarrhea’ – who would have thought we would ever be saying one of the best things about a film is Ben Affleck’s acting?!

How many good guys are left? How many stayed that way?

The basic premise of the film takes its cues from Marvel’s Civil War that will hit screens next month. Batman doesn’t approve of Superman’s actions and vice versa. This might make for an interesting concept if either of the men in question applied the moral judgments they spout at others to themselves. Batman doesn’t like how many people Superman kills… so why go in all guns blazing (or more like cables attached to cars to throw around everyone inside) with no regard to the lives inside? They’re criminals, sure, but until now Batman’s M.O. has never been to kill people. And Superman? He’s upset about this bloke who is taking out bad men? Really? Just because he’s a vigilante? Why isn’t he more broken up about all the destruction he caused – we could have had some themes similar to Iron Man 3 show up there. 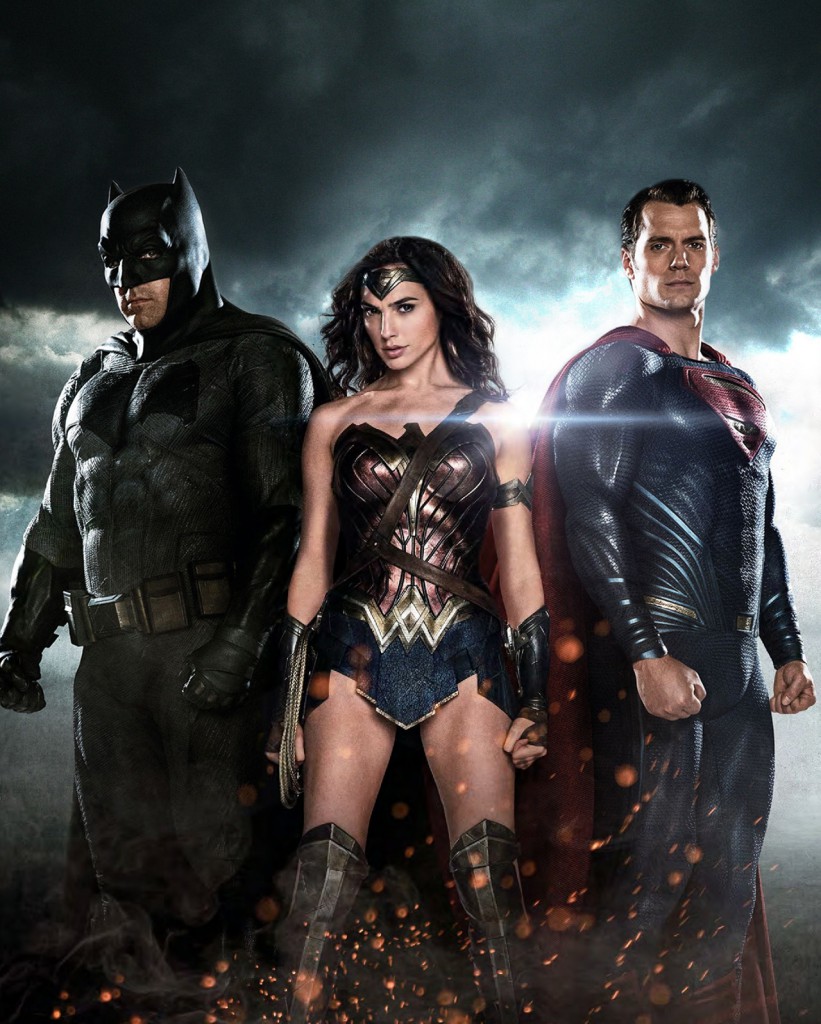 Not only are the nominal ‘good guys’ motivations’ murky, Lex Luthor’s are simply not present. What I loved about Lex Luthor in previous incarnations is that he was smart – the Moriarty to Superman’s Sherlock Holmes. But Jesse Eisenberg’s Lex is just psychotic. And dumb. Why is he so obviously evil to the rest of the world? How is that a clever move? And why does he want to take out Batman and Superman? How does he know what to do with the alien technology? None of it makes any sense. There are possible nods to ‘this might get an explanation in a Justice League film’ but that doesn’t help the current nonsensical film paying cinemagoers are suffering through.

Even you’ve got too old to die young, not for lack of trying.

The smartest aspect of the film is putting the focus on Batman rather than Cavill’s duller than dishwater Superman. Then again, why do they feel it necessary to give us Batman’s origin story in every single story he’s involved in. I doubt even someone who has never read a comic book or seen a Batman film (or TV series) doesn’t know about the murder of Bruce’s parents. So why show it to us again? I suppose there is a reason – a majorly lame, attempted-poignant moment towards the end that allows Batman and Superman to come together based on the shared names of their parents, but really? Couldn’t they find something better than that? It was so damn contrived and pathetic, the entire audience gave a collective groan. 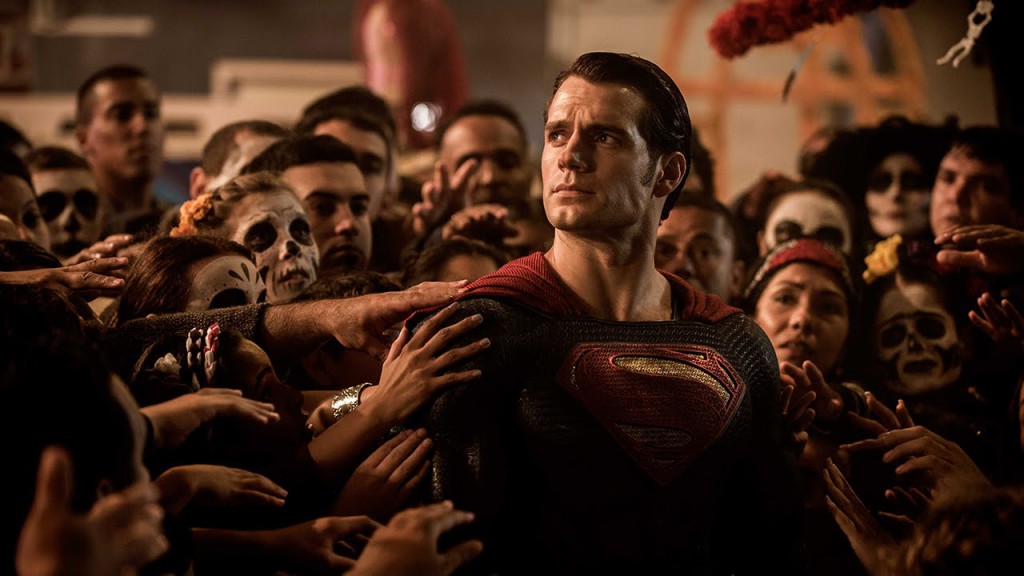 With such well-established characters like Batman and Superman, you either have to be true to their original character development or give us clear motivation for any changes in behaviour. Unfortunately, Batman vs Superman does neither. Does anyone remember that Batman was a great detective? That he slinks around, quiet and unseen? No? That’s because the films would have you believe he’s more of a bulldozer. I quite like that Superman is supremely ditzy, crying about ‘why doesn’t everyone love me’ while trashing city blocks without so much as a second thought. But again, his motivations are all over the place in this film and his narrative arc makes zero sense.

Devils don’t come from hell beneath us. They come from the sky. 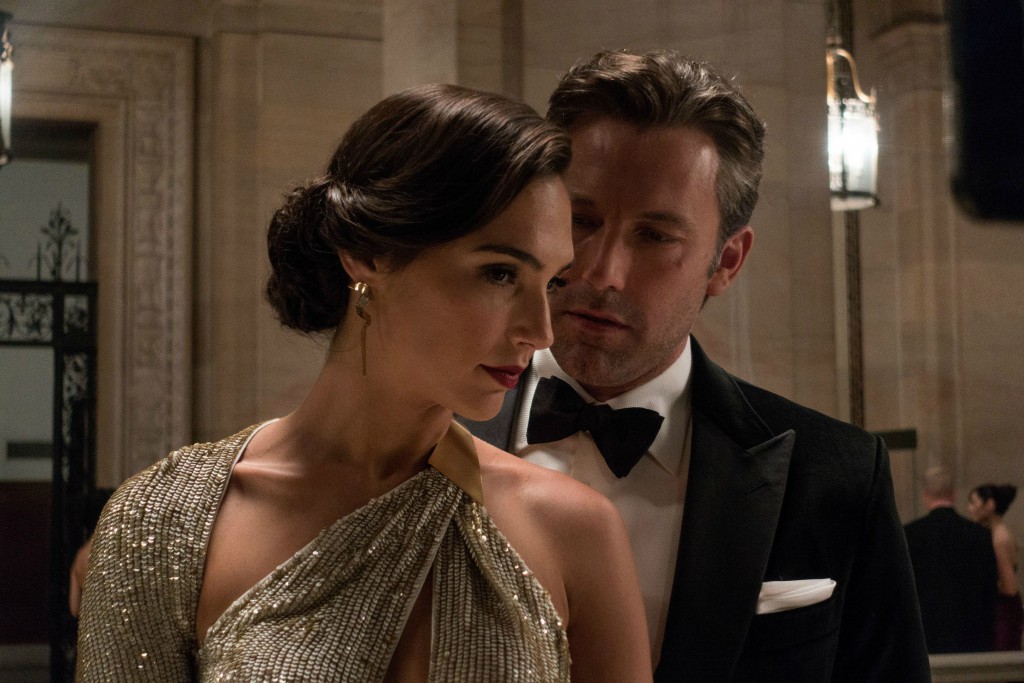 There’s one element of the film in particular I really didn’t understand. While we know that Zack Snyder enjoys playing with ideas of dreams vs reality (Suckerpunch comes to mind), the use of dreams in Batman vs Superman feels completely out of place. They are so disjointed from the narrative it feels like a badly put together musical, where there’s no ‘natural’ (as natural as can be) lead up to the musical number. One minute they are standing around, the next, 1000 extras are suddenly back-up dancers for a power ballad. The realistic dreams both Batman and Superman have are intense, but add nothing to the film. There’s even a brief sequence where we go from dream sequence into bizarre future-time travel warning that comes out of nowhere and is given no explanation. What?! Why?! Can someone please tell Snyder that dream sequences like this have been done to death and only work when done really well or given a different twist?

If we are looking for positives, the ruby amongst the rust is Wonder Woman. Though they give her very little screen time or anything much to do (despite being the only one to be able to hold her own with Doomsday), she is great in every scene she does appear in. If Batman vs Superman were an epically long teaser trailer for the Wonder Woman film, I might be on board. Fingers crossed DCs female-headed outing will far outdo this monstrosity.

Verdict: A complete waste of time. This film is nonsensical, with no regard to character motivations or plausible plot development.

Previous: Eddie the Eagle: The important thing is not to win, but to take part
Next: 10 Cloverfield Lane: I know what you’re doing. I see everything