Home / Film / Jane Got a Gun: What is a Western without a brilliant baddie? 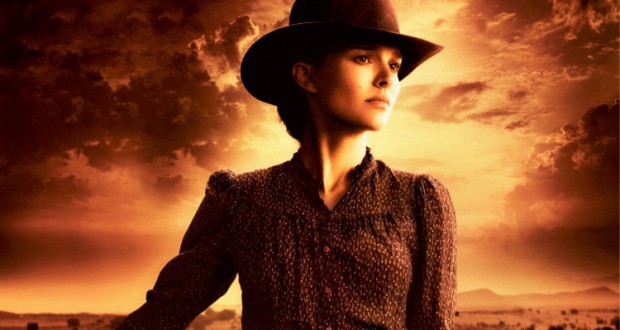 I love a good Western. The best Westerns have simple premises and tend to stay focused on one single plot line, something Jane Got a Gun sets up before spectacularly discarding in favour of a meandering, flavourless, tension-less narrative. With a cast full of talented actors and a script spruced up with edits by one of the stars (Joel Edgerton, who also wrote and directed the lauded horror flick The Gift), it is rather an achievement to have churned out a film so utterly lacking in personality and tension. Not only is Jane Got a Gun a monumental disappointment; it is so dull that it is almost impossible to sit through it until the end. 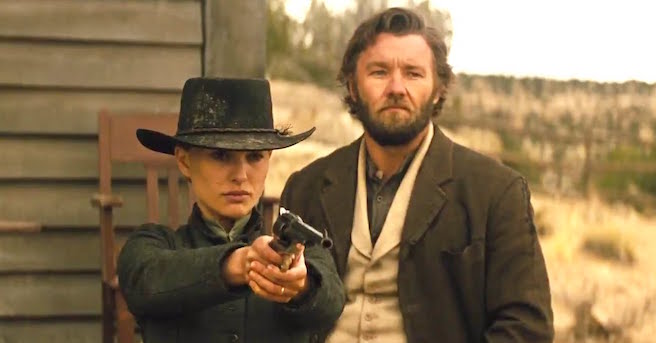 I suppose I should have expected it to be something of a disaster. Filmed back in 2013 after a series of cast changes (often last minute), the director changing (also last minute), and being buried without fanfare by the studio… call me naïve, but a Western with Natalie Portman, Joel Edgerton, and Noah Emmerich had my interest piqued. Jane Got a Gun had a lot of potential to be something great. It had all the right ingredients of a solid Western plus an added twist on the standard tropes, with space for an interesting feminist take on a genre that usually silences the female perspective. Instead of being a good film, Jane Got a Gun is a lesson in everything that can go wrong in the filmmaking process.

Jane Hammond (Natalie Portman) must defend her home and her family when her husband Bill (Noah Emmerich) returns home riddled with bullets and an outlaw gang on his trail. In her desperation, she turns to her ex lover Dan (Joel Edgerton) for help. While the two of them prepare for John Bishop (Ewan McGregor) and his men to arrive, the audience is treated to Jane and Dan’s backstory through a series of heartstring-pulling flashbacks.

The tagline, ‘Strength, justice, power, vengeance’, says it all really. There is no coherent theme to the film. Is the film about justice or vengeance? A show of strength or the power of outlaws and gangs? Our strong, pragmatic female heroine is slowly torn away to reveal a character who was once another fragile, feminine creature who has simply suffered too much trauma to remain ‘soft’. The ‘hardness’ she develops only carries her so far, with fear and emotion getting the better of her at crucial moments. Most of the fighting – and the success of their defense – is a result of Dan’s input, not Jane’s. She might have approached the situation with more pragmatism and less hysteria than many other women in a Western, but she’s a far cry from the feminist icon I was hoping for. 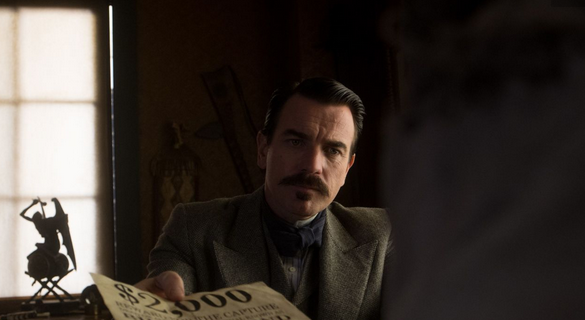 Westerns often employ one major fear-inducing figure (or gang) as the ‘big bad’, increasing the tension as the film progresses, until one final shoot-out. In a sense, this is what Jane Got a Gun does. However, the film fails to gives us a baddie that does more than make the audience chuckle. In one of his worst performances ever, Ewan McGregor attempts an Old West accent and instead delivers a cringe-worthy mangling of a put-on accent, sounding very much like a Scotsman attempting to do an American accent while down the pub with his mates.

Bishop is given so little screen time (maybe because his accent was so bad? Or because he was such a last-minute addition when the rest of the filming and casting choices went tits up?) that we have zero characterization for him. Why is he so very bad? What makes him such a threat? Why did he do what he did? We have no idea. And frankly, without having any insights into these questions, he is no more threatening than your own weird uncle when wearing a fake moustache and putting on a weird accent. Even his men seem fairly incompetent, so other than the force of their numbers, the fear they illicit in Jane does not feel particularly earned. 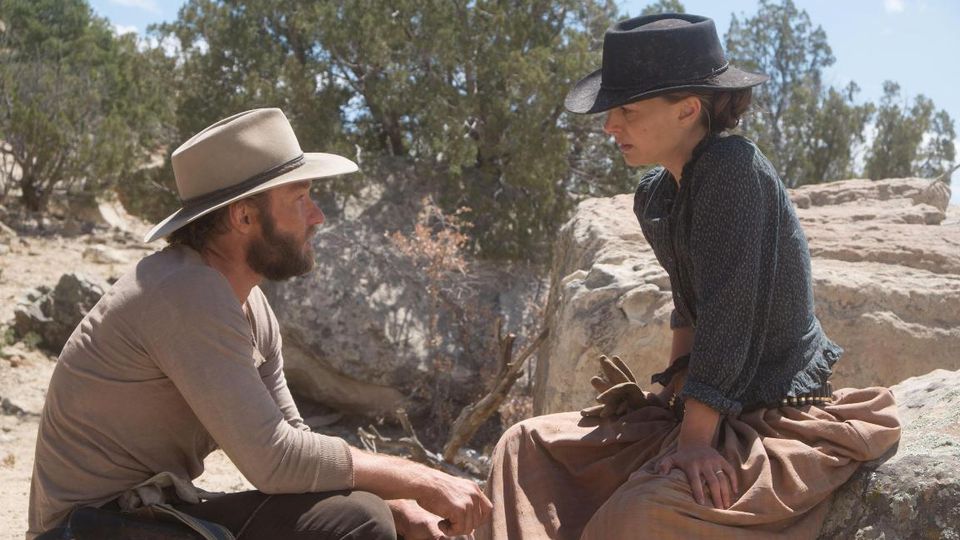 For all the lack of tension and dull storyline, Natalie Portman and Joel Edgerton manage to pull off believable performances. They embody their broken-hearted lovers, the moments of quiet revelation of their history becoming the only watchable elements of the film – though hardly in the Western tradition. In the hands of a better director, perhaps Jane Got a Gun could have been an interesting addition to the Western genre. But as it stands, the film’s studio had the right idea: sweep it under the rug, forget about it, and move on.

Verdict: Despite the necessary ingredients for a good Western, Jane Got a Gun is incoherent, dull, and barely watchable. Do yourself a favour, go watch something with Clint instead.

Jane Got a Gun is currently out on DVD and on demand in the USA, and released in UK cinemas on April 22nd.

Previous: The Jungle Book
Next: Breaking the Glass Slipper: Gender inequality in ‘best of’ lists