Home / Comment / What we know and what we want from Star Trek: Discovery 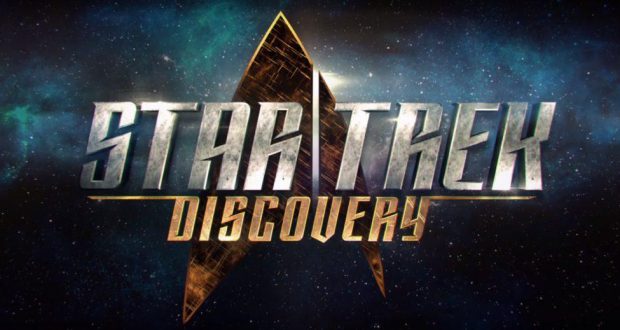 It’s been more than a decade since Star Trek graced TV screens in a new outing. And Enterprise left a bit of a sour taste in many fans’ mouths. It wasn’t all it could and should have been. Will the latest incarnation learn from its predecessor’s mistakes? Fresh off the heels of participating in a panel at Nine Worlds Geekfest in London where a room full of uber Star Trek geeks ‘speculated wildly’ on what was to come, I wanted to take a look at what we know about the new series and what I’d like to see.

Discovery has made a promising start. Bryan Fuller, of Wonderfalls, Pushing Daisies, and Hannibal fame is an excellent pair of hands to take on the mantle. He even started his writing career in the writers’ rooms of Deep Space Nine and Voyager, so he certainly has Trek cred up the wazoo. If that weren’t enough to get the fans’ knickers in seriously over-excited twists, Nicholas Meyer is also on board as producer and writer.

And it seems that Fuller is as excited as the rest of us fans, dropping hint after hint about what to expect in the upcoming series.

Star Trek: Discovery will air in January 2017 on CBS All Access (US and Canada) and Netflix (RoW). The first season of the show will consist of 13 episodes, with an overarching story to the entire season instead of the traditional 1 story per episode format of classic Trek (though it is worth noting that previous versions of the show aired prior to DVRs, TV streaming, and binge watching, so this seems like a natural progression). It has been rumoured that the series will take an anthology approach like American Horror Story or True Detective, though this has yet to be officially confirmed. Discovery will be set 10 years before The Original Series, bridging the time between Enterprise and Kirk’s five-year mission. 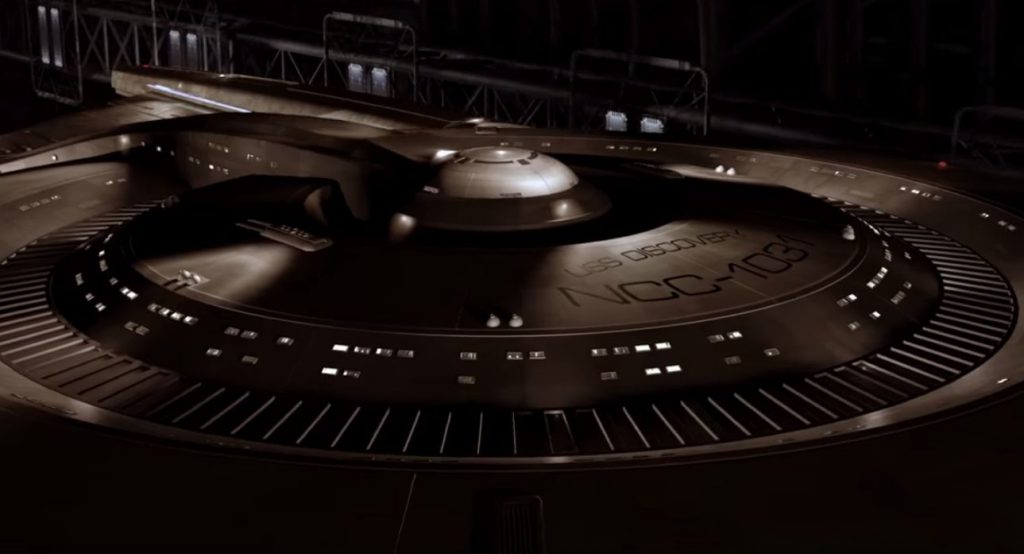 Unlike the other Trek TV incarnations, the Captain of the Discovery will not be our main protagonist. Instead, the series will focus on the story of a (human) female Lieutenant Commander. According to some outlets, the actress set to play this lead will be a woman of colour. This is definitely in keeping with Roddenberry’s celebration of diversity. To further uphold the creator’s vision, Fuller has also stated that there will feature at least one gay character and made claims that the crew will consist of a much larger alien population, as well as some robots/androids for good measure. This is not just another human crew with a few slightly odd-looking humanoid creatures thrown in; this is truly a melting pot of cultures and species.

One of the most important pieces of information on the new series is that it will be set within the ‘Prime’ universe – aka that of the TV shows and original films, not the rebooted (‘Kelvin’) universe of the current film franchise. This means I can legitimately pretend the new films don’t exist, right?!

The wildest of speculations 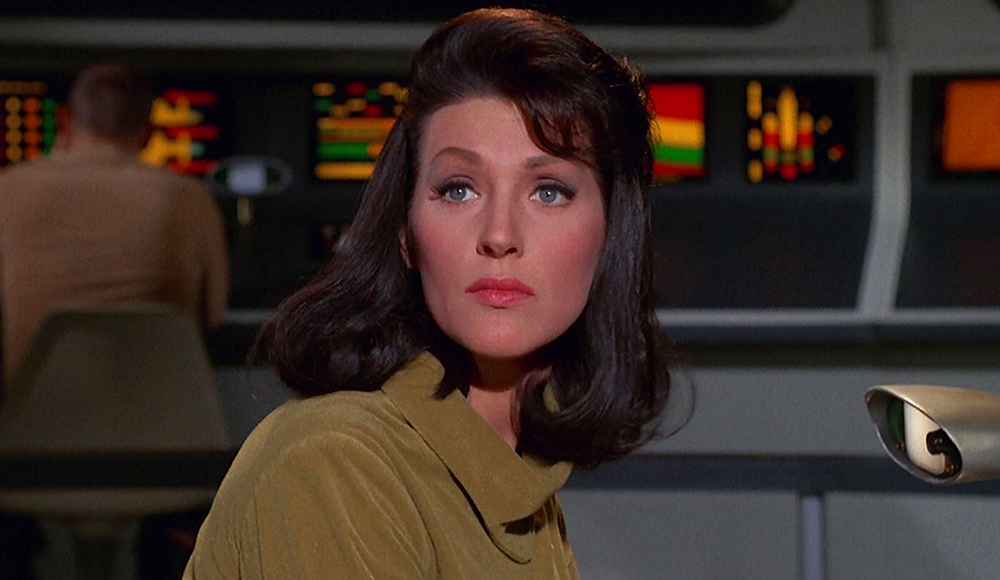 While there’s little information about the show available, there’s more than enough to have fans developing wild and wonderful theories about where the show will go. By far my favourite of the theories doing the rounds is that proposed by Joseph Baxter. That our Lieutenant Commander is none other than ‘Number One’ from the original (unsuccessful) pilot for The Original Series. This would be a wonderful tribute to Roddenberry, who fought hard for women to appear in positions of power, as well as his wife and first lady of Trek, Majel Barrett.

I love this theory. Baxter goes into great detail, breaking down why he thinks this could be the case and what it could mean for the stories Discovery could potentially explore. Who knows how on-point his speculations will be, but if Fuller’s Trek does go down this path, he’ll have a lot of support from fans.

Each Star Trek incarnation has been distinct from the other, particularly in tone. One of the most obvious shifts was from the Rodenberry-helmed (at least originally) and optimistic The Next Generation to the much darker Deep Space Nine. I find fans tend to split here on whether they like Rodenberry’s hopeful, idealistic series more-so than the serious-minded DS9, but whatever your preferences, you have to admire the way DS9 carved its own path in an already well-established and loved franchise.

Given Discovery will be free to transgress rules of network television, I suspect this version will be grittier than early Trek. But that doesn’t necessarily mean it will favour pessimism… 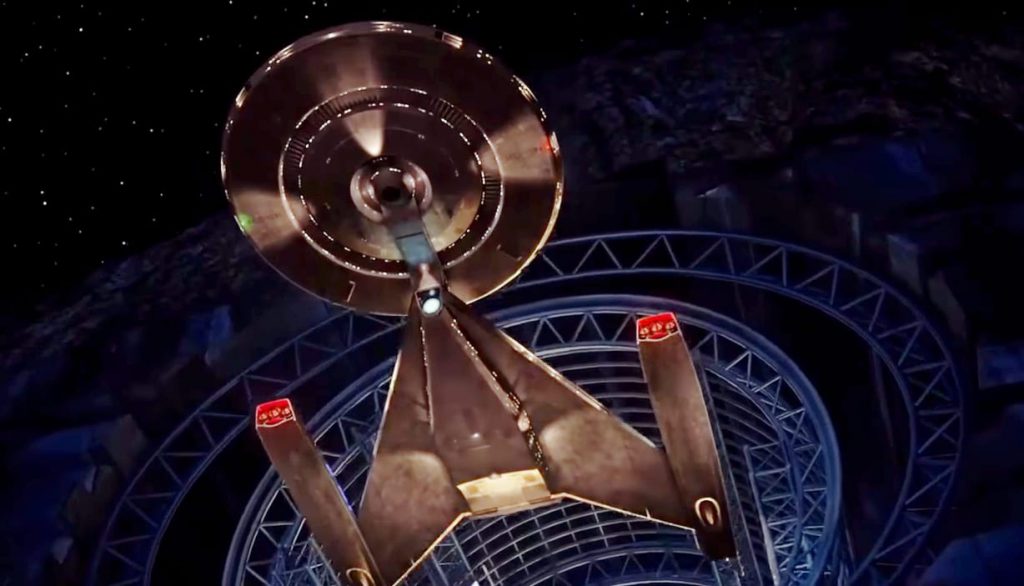 We all know that true utopia is unachievable. Call me cynical but I think humankind has well and truly proved that it is beyond our reach. Perhaps you think this requires a modern Star Trek series to take a less naïve approach than Rodenberry’s original vision proposed, but I’m not so sure. Given the setting of the series in the relatively early days of the Federation, an optimistic view of what the future might hold could easily still be the sign of the times.

For me, Star Trek was always at its best when it sought to hope for a better future. That doesn’t mean shying away from darkness – after all, if we didn’t have darkness, why would we need to hope for something better? But that optimistic view of the universe, that desire to find peace and a society without prejudice is what made me fall in love with Trek. If Fuller is embracing Rodenberry’s vision of diversity, I hope he will also embrace the Trek creator’s idealistic view of what might be.

I am eagerly awaiting January 2017, lapping up every new detail with fangirlish enthusiasm. While I may have been burned by the rebooted film franchise, Discovery looks set to fall in line with what I loved about old Trek while taking into account modern audience’s sensibilities.

One thing they definitely need to sort out before the series airs, however, is the official shorthand. We have TOS, TNG, DS9, VGR, and ENT… but STD doesn’t have quite the connotations I think the series is looking for.