Home / Comment / The Red Shoes: Finding the fantastical in the mundane 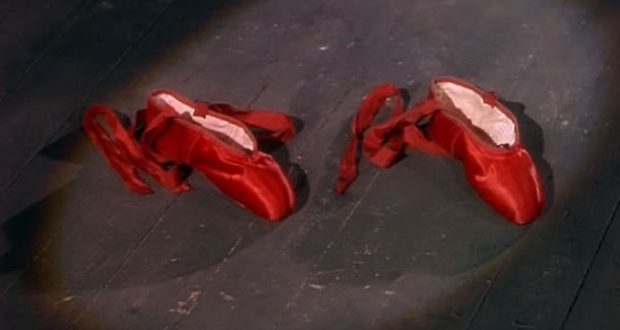 Myths and fairytales were created as a means to explain the world around us, to warn children not to stray off the path, and to find meaning in tragic events. For instance, before science could provide answers to how the world came to be, we had the story of Uranus’ castration. These fantastical explanations not only made for interesting stories, but also related the weirdness of life to the general populace in an understandable way.

This is what storytelling is all about: exploring human experience as well as aspects of the imagination that push at the boundaries of the possible. But have we lost this art? It is now a rare occurrence to find stories with fantastical elements used as metaphors, that central tenant of fairytales and myths that made them so powerful.

The classic British film, The Red Shoes (1948), written and directed by Michael Powell and Emeric Pressburger, used an embellished fairytale to comment on the nature of artistic obsession. Filmmakers such as Martin Scorsese laud the beautiful cinematography and aesthetic value of this classic film, yet as I watched I found myself lamenting what I perceive as a lack of similar modern storytelling examples.

‘The organ pealed forth solemnly, and the sweet children’s voices mingled with that of their old leader; but Karen thought only of her red shoes.’ 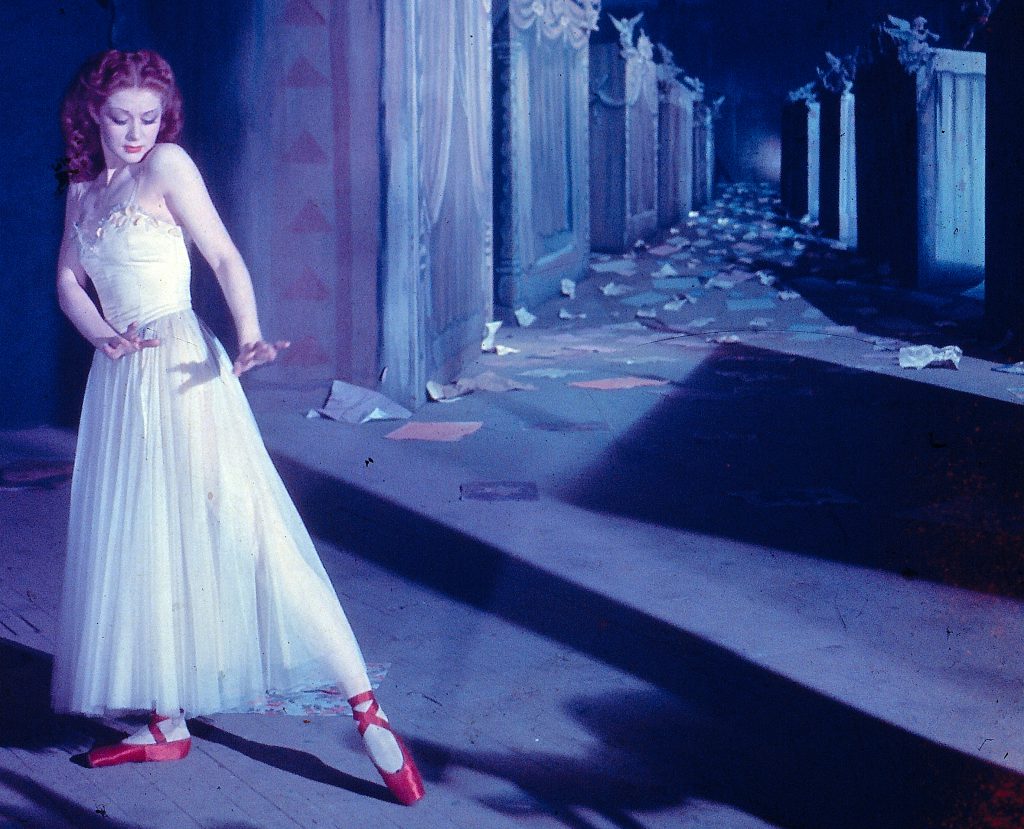 While inspired by Hans Christian Anderson’s fairytale, The Red Shoes is not an adaptation. Instead, it takes a new story, that of a ballerina joining a prestigious ballet company, and uses the framed narrative of the ballet she performs as a lens through which to examine her ‘real life’ story. The ballet version of Anderson’s fairytale is an exaggeration of the original content, with a demonic shoemaker ‘pulling the strings’ of the shoes (as opposed to it being a kind of heavenly punishment for the girl’s vanity). Meanwhile, the damnation of vanity in the original story is transformed into something far more ambiguous. What should win out, if one aspect of Vicky’s life must – a love of art or the love of a life partner? The film doesn’t give us an answer, leaving the ambiguity open for discussion; food for thought.

I loved this approach to ‘retelling’ a fairytale. Taking an established story as inspiration, the filmmakers did far more than simply give audiences a modern version of an old story, they added to it. From an original moral related to vanity, they took it further. With all the reboots and remakes we see churned out from Hollywood every year, I have to wonder why none of them try to take things further – don’t they have anything more to say? 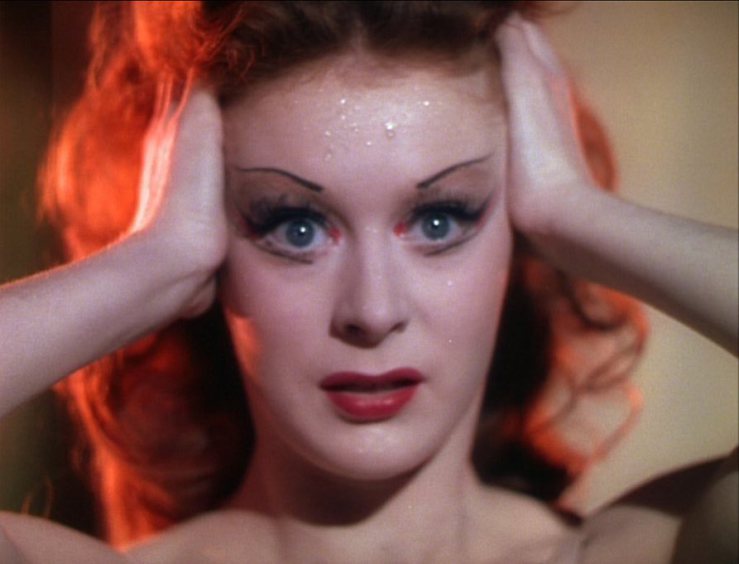 The film is an extended metaphor for obsession. Creative souls are often considered obsessive – obsessed with their craft, perfectionists, driven by a need to produce. Vicky’s life is never going to be complete unless dancing is part of it… not even just a part of it (as Lermontov points out, she would never be happy dancing for a ballet company of lesser quality after her experiences with him) – life for Vicky is dancing. She must dance and she must continue to perfect her skills. Without it, she can’t go on. But that doesn’t mean that other drives of humanity are lost on her – she experiences carnal pleasures and the love of another. For Vicky, though, dancing comes first.

This kind of metaphorical storytelling in mainstream cinema and television has been mostly lost in recent years. A good example is that of Buffy the Vampire Slayer’s sixth season, where Willow’s descent into abuse of magic is a metaphor for drug addiction, but other than that, there’s been a distinct lack of extended metaphors. I love this kind of storytelling, particularly when using fantastical elements to draw parallels with more mundane aspects of the real world. With the popularity of real world stories with a fantastical twist, such as The Time Travelers Wife, would suggest there is not only scope for using fantastical elements to say something about life and society but an audience that is hungry for it.

Are we responsible for our own downfalls? 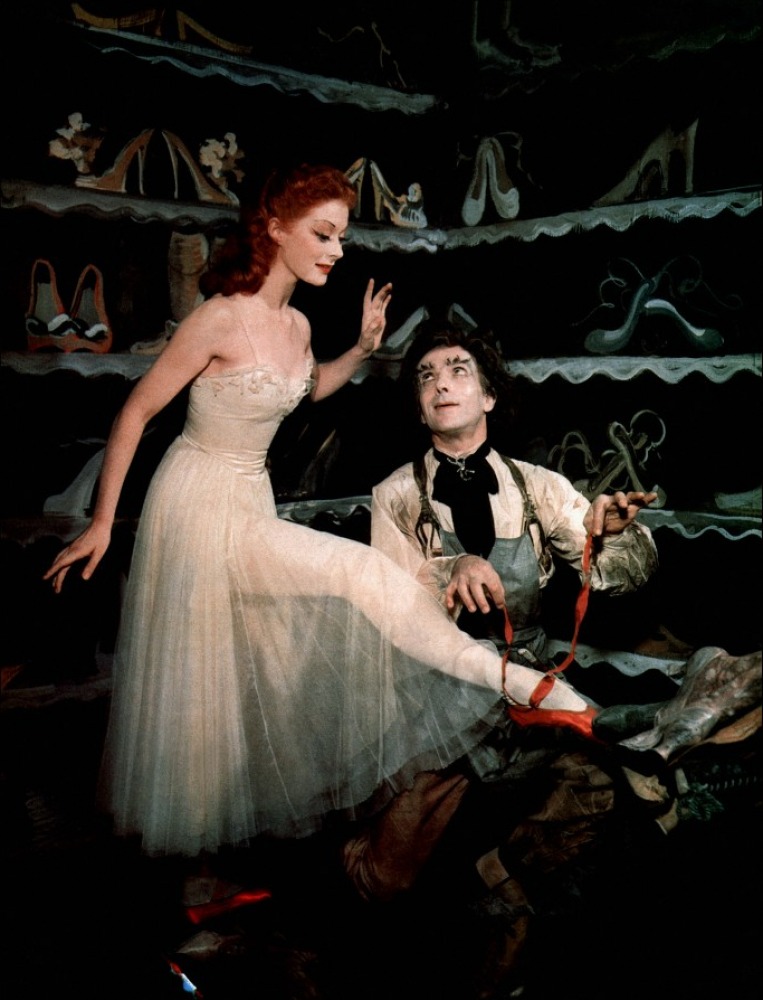 What I found interesting about the film’s version of The Red Shoes fairytale is its denial of (or at least less emphasis on) personal responsibility – where most fairytales were tales of morality, warning against bad behaviour, the ballet suggests that we have less moral responsibility than we have thought.

If we behave badly, we are responsible for the consequences. Karen, in the original fairytale, (arguably) deserves the pain caused by the shoes as punishment for her vain ways, but in the film’s ballet, this idea of blame is much murkier. Yes, she is a young girl out with her beau, who finds herself caught up in the beauty of the shoes and dancing with any man who pays attention to her, but the suffering and torment she experiences does not feel like justice – and isn’t presented as such, given the emphasis on the demonic shoemaker.

What does this say? Instead of arguing that you will pay for your bad behaviour, it is presented more as a tale of someone evil causing another harm – for no reason that is presented to the audience. There isn’t much of a lesson to be learned at all, but a comment on the futility of a belief in karmic justice. What happens is not in anyone’s control, whether it is a direct cause of their actions or some kind of holy punishment… And if we have no free will nor can we be blamed for what might be viewed as ‘comeuppance’, well, there’s a moral weight lifted…

The Red Shoes remains essential viewing for any film buff or storyteller. The film is an extraordinary example of the power of metaphor to explore more mundane concepts of everyday life, something that is sorely lacking in many modern stories. This is how modernisation and adaptations should be done – taking a fairytale and updating it, not only with a modern setting but reframing the morality narrative of the original. Whereas fairytales had very black and white moral lessons, the modern world is all shades of gray, something that The Red Shoes captures perfectly.

Previous: The Long Way to a Small, Angry Planet: Do not judge other species by your own social norms
Next: The Childhood of a Leader: He’s been acting out a bit