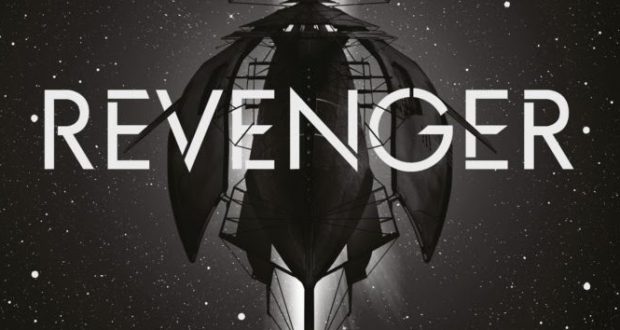 No matter how many books I read, I never manage to stop judging books by their covers. After all, that’s the purpose of a cover, setting the expectations of the reader. I saw the cover of Revenger and I thought ‘Yes, this is a book for me.’ A monochromatic spaceship with a title that suggests something reminiscent of a revenge tragedy?! Sign me up! Having already loved Becky Chambers’ A Long Way to a Small, Angry Planet, I was ready to read another ensemble cast space epic, but with a darker tone. Revenger wasn’t it.

I’m not averse to novels with very young protagonists, but that was the first of my expectations of the novel tripped up. I had not approached this book thinking it would focus so much on a young, inexperienced character. And while that might not have been a problem, her age was used time and again to allow the author to have a character act idiotically. Many of her actions don’t make a hell of a lot of sense outside of ‘she’s young’. Well, that’s not an excuse I’m ok with.

‘In other words, I’d got myself into quite a predicament.’ 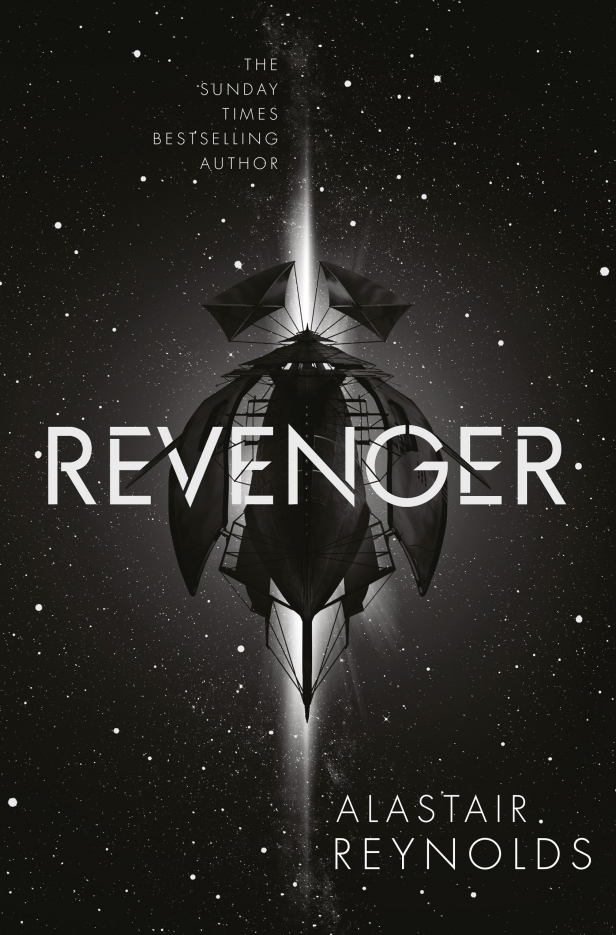 The plot twists and turns are so heavily telegraphed that none of them are ever a surprise. They are so tediously obvious that it is frustrating to have to wait for the narrator to catch up with what the reader knew immediately. And in this telegraphing, the novel loses the reader’s interests. Without any ‘what will happen?’ questions lingering in the reader’s mind, what’s to keep them reading on?

One surprising aspect of the novel was the shift in the latter quarter, where it became an obvious set-up for a sequel. I had been reading the novel thinking it was a standalone, but that is clearly not the intention. Trouble is, the premise for intrigue was irritating long before it yielded any potentially interesting factors. Fura, the protagonist and narrator of the novel, keeps questioning whether the ‘money’ her civilisation uses is really money at all. This has to be one of the straight-up dumbest questions I’ve come across. Money is never ‘really money’. It is simply a symbol/representation that a society agrees upon to have a standard worth for trade. ‘Money’ can, is, and will consist of absolutely anything. I get it, the author had to have her questioning it so that the later revelations about what it ‘really is’ would be pay-off for something, but it felt so forced and idiotic that I couldn’t stomach it.

‘He was handsome, in a slightly too obvious way, like a picture of a prince in a children’s book. Square-jawed, piercing eyes, a distinguished nose. Fine cheekbones. Arched, aristocratic eyebrows.’

Occasionally the prose descends into the most OTT, overlong sentences that it often made me cringe: ‘If I tried to put it into nice and pretty words, all proper and ladylike, the way I was taught by Paladin, I’d say that it was a hazy circle of shimmering, scintillating light, with the Old Sun at its focus, masked and gauzed by all the intervening worlds, so that the Old Sun’s weary light was filtered by its passage through the skyshells of sphereworlds, the glassy windows of tubeworlds, the photon-shifting fields of baubles themselves, sometimes pushing that light from red to blue, sometimes from blue to red.’ I mean, making a point about heavy-handed description is one thing, but making readers sit through that is cruel (and yes, I realise I just did the same to you… you’re welcome). On the other hand, at other times, Reynolds’ prose wanders into the realm of stunning: ‘I picked up tongues and accents and rumours of accents, and without catching one sensible word I got an education in worlds and places I never knew or dreamed of.’ This inconsistency of technical skill has become one of my biggest bugbears when reading. Authors show that they are capable of more but so often deliver drivel.

‘I could think of worse ways to die, but not many.’

I’m honestly not sure what required so many words to develop this tale (it is not a short book)… everything about this novel feels half-baked. The setting is an impressionist watercolour at best and the characters are mostly perfunctory. From the middle of the novel onwards, I felt like much of the content was just padding and I had no interest in the outcome. For the most part, Revenger is an easy read, which is likely the only reason I managed to stick with it to the bitter end. But I wouldn’t recommend anyone else submit themselves to the experience if they can help it.

Verdict: A tale of vengeance that has neither a strong inciting incident or interesting resolution. The characters and setting are both paper-thin and the plot is predictable to the point of tedium.

Previous: Miss Peregrine’s Home for Peculiar Children: You have to promise not to run away
Next: Little Men: They’re taking it out on us