Home / Comment / The art of the trailer: Studios setting our expectations 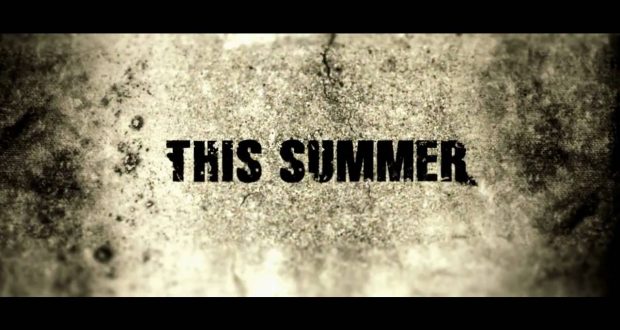 How much can you really tell from a trailer? What indication as to whether or not a film will be any good really exists in these marketing tools? Many of us use trailers as a tool to decide whether or not we want to spend the money to see a film at the cinema. Trailers build hype and get audiences excited. So of course studios use every market research method they can get their hands on to tailor trailers to the audience. But it goes further than that, studios aren’t just making trailers to appeal to the best audience for that particular film, but using trailers to cover all manner of sins the films actually commit.

The cinema-going public needs to ever-vigilant in their skepticism when it comes to trailers, and not always to assume that a good trailer could mean an awful film. Some trailers do their source material no favours while others completely misrepresent the feature film. Some of the best trailers I’ve seen in recent years have been for truly awful films – but for the studios, those trailers were a great success. After all, they did what they were meant to, getting bums on seats in cinemas.

So how can you navigate these treacherous waters? There’s no exact science to pull apart the marketing illusions, but here’s a map of some of the stand-outs.

Sometimes, a bad trailer is the best the marketing could do with an absolute turd of cinema. Recently, there have been two examples of this phenomenon picked up by the media. The films in question both have talented A-listers who ought to know better but have somehow been involved in some of the worst films on 2017. Those films? The Book of Henry and The House.

The trailer for The Book of Henry starts out well enough, showing us a story of an unconventional, single-parent family with a gifted child. It sets the audience up to expect a bittersweet tale involving socially awkward children and some as yet unnamed tear-jerking tragedy. But halfway through the trailer, the tone switches gear. In contrast, we’re presented with a bizarre thriller involving an abused child, a corrupt cop, and the investigation performed by Henry’s mother by way of audio recorded instructions from her absent son. The film has been almost universally panned, with special mention in most reviews to the baffling tonal and genre shifts throughout. At least, in this instance, the poor quality of the trailer adequately reflected the horrors in store for anyone who bothered to see it.

In a similar vein, new comedy film The House, starring Amy Poehler and Will Ferrell, has an appalling trailer. It remains tonally consistent, but for a comedy film trailer, there are very few laughs (in fact, I didn’t laugh once, and I’m a sucker for terrible comedies). Both the trailer and the film itself were so bad that The Guardian wrote an entire piece on how to spot a bad film based on the errors made by The House.

We have all been burned by seeing a great trailer. What was it for you? For me, it is a tie between one overrated film and one thundering failure of a film: Star Wars: The Force Awakens and Suicide Squad. After George Lucas sold Lucasfilm to Disney, I knew we’d be in for at least twenty odd years of milking that cash cow. Not long after, the first of the new Star Wars films was unleashed on the world. The trailers made this fan-girl gasp – those expansive shots had my skin breaking out in goosebumps and I became light headed. Could this be the antidote to the prequels? Will I finally get to fall back in love with the franchise that helped make me into the geek I am today? Sadly, no. The trailers were excellent, but the film was a poor rehash of what we’d already seen in A New Hope.

OK, so that was possibly an overreaction on my behalf. The Force Awakens wasn’t great but it was hardly an assault on the senses… unlike Suicide Squad. DC has been struggling to match Marvel’s success, with their universe focused on the dark and gritty, it consistently seemed to miss the mark. When Batman vs Superman bombed, DC was hanging all its hopes on the David Ayer vehicle, Suicide Squad. Whether or not the auteur’s version of the film was any good, we will likely never know, as the studio stepped in. Despite rumours of reshoots and heavy-handed edits, the trailers gave us hope (oh, how naïve we were). More than just hope, they built excitement. The trailers for Suicide Squad are some of the best I’ve seen in recent years – the use of music, editing, colours. It’s excellent. We are introduced to all the main players in the film and the suggestion that the film would be more dark humour than straight-up dour as the previous DC films had been. Each trailer featured a different well-known pop song and elicited a different emotional response, from dark navel gazing to action-packed frenzy. Perhaps we should have known it meant that the film would be all over the place, lending itself to such disparate trailer styles (after all, Man of Steel had done a similar thing)… now we know better.

Other notable entries in the ‘good trailer, awful film’ category include… The trailer for Tron: Legacy worked very well. Unfortunately, the film itself was more like a music video for a Daft Punk album. It lacked much of anything in the way of a plot, thought it looked and sounded fantastic. Following up on the hugely successful (and brilliant) Silver Linings Playbook came David O’Russell’s American Hustle. The trailer was full of great dialogue, charismatic personalities, and O’Russell’s technical skill. But the film itself was dull barring the few minutes of Jennifer Lawrence graced the screen. Similarly, Neill Blomkamp’s follow-up to the hit District 9 was the lacklustre Elysium, despite the excitement the trailer brewed. Films like Terminator Salvation, Prometheus, The Purge, Interstellar, Cloverfield, and even Pearl Harbour are also examples of trailers giving audiences false hope.

There have been some excellent films that have been woefully undersold by their generic or simply bad trailers. One of the most recent examples of this was Edgar Wright’s latest piece, Baby Driver. Anyone familiar with Edgar Wright’s work knows that he has a particular sensibility and always brings something different to his films that make them stand apart from the rest of the Hollywood sludge. So why did the trailer for Baby Driver just look like every other action heist film to have ever graced the silver screen? This trailer did nothing to sell the film as something interesting or exciting and instead made it look like yet another lacklustre action film with little depth or heart.

One of my favourite films of all time also suffers from a terrible trailer. While some people might argue that it is just a product of its time – the mid-90s have not aged well – I’d suggest that this trailer would not have encouraged me to see the film had I seen it back then, just as it doesn’t now. And what a shame, when the film is one of the best films about teen and early 20’s life. The trailer is completely all over the place, to the point where you think it might head towards some sort of action plot with the story of missing money… or is it a story of burn-outs? Or is it a love story? Or is it an upbeat, quirky comedy as the bizarre pop-art style interruptions suggest (such as ‘A.J. loves Corey (not the whole story)’)? You’d never know looking at the trailer. Best to just watch the extraordinary film and forget this trailer ever existed.

There are some films that play off genre expectations and subvert them in very interesting ways. Though it would seem that film studio marketing execs have no idea how to market clever or remotely different films to their audiences. So instead of highlighting a film’s strengths in the way it is different from all that’s gone before, they err on the side of making them as generic, bland, and derivative as possible. Take the excellent Bridge to Terabithia (based on an even more brilliant novel that made this hard-hearted girl bawl to the point that the pages of my copy have warped from all that exposure to liquid), as an example. The trailer makes it look like a rip-off of Narnia or some other generic portal fantasy, which misses the point of that beautiful story.

When failures fail good films, they tend to fail in a very similar way: trailers should show audiences what is unique and worth seeing about a particular film. So why then is it so difficult for marketers to grasp this? Sure, they think that making a film look like something else that has sold well is a good way forward, but when they are presenting a film in a well-trodden genre, it pays to show off a film’s unique assets. Dredd was one of the best action films of the last decade, but you wouldn’t know it from the trailer. Similarly, one of my favourite horror films of recent years was Cabin in the Woods. The film is a tongue-in-cheek though no less scary commentary on the horror genre, but the trailer would lead you to believe it is just another scary movie full of dumb teenagers. And the studio wonders why it took so long for the film to become a hit…

Trailers are an excellent tool for both marketing departments to show up a film’s unique selling points and for audiences to choose what films they want to see, but only when the trailers accurately represent what the film is really like. Too often, trailers falsely represent the film. Not only can this be irritating for audiences who look forward to a film based on that trailer, but a bad trailer can also fail to highlight a film’s strengths in favour of relying on tried and tested tropes.

Previous: Lucky Ghost by Matthew Blakstad
Next: The Big Sick: We put her in a coma