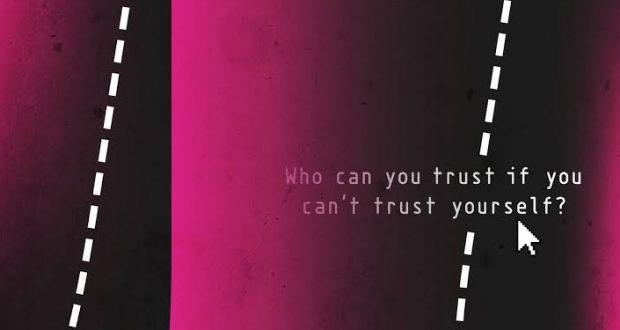 Cyberpunk has, understandably, been enjoying a resurgence of late. Our lives are practically a cyberpunk reality, with net neutrality issues and augmented reality devices growing in popularity. Not only is the technology of cyberpunk becoming ubiquitous in the real-world, the thriller conspiracies no longer seem farfetched. In the age of Trump and Brexit, we can easily believe that big corporations are manipulating us for their own monetary gains. 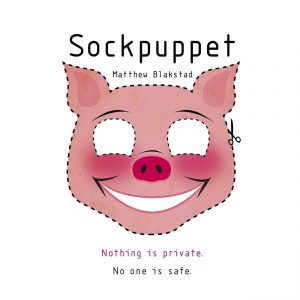 Blakstad follows his successful novel Sockpuppet with Lucky Ghost, a cyberpunk thriller set in the not too distant future. The novel is unsettling given the technology remains in the realm of the possible. The thriller aspect of the novel focuses more on a political and economic angle than a personal one, which I found engaging (especially as I had not long since read Laura Lam’s more personal cyberpunk thriller, Shattered Minds, so this was a nice change).

For the most part, the novel works well. It moves at a good pace, the prose is enjoyable, and the characters easily recognisable. My major gripe with the novel is, in itself, a little of a two edged sword. Blakstad was clearly attempting to address the misogyny women encounter online where trolls can use anonymity to let rip without fear of repercussions. This is an admirable issue to tackle and I appreciate the effort, but I’m not sure Blakstad pulls it off.

‘Radio news. A dinosaur that only keeps lumbering on because its nervous system’s so slow, its brain doesn’t yet know it died five years ago.’

Lucky Ghost follows Alex Kubelick, radio host in a brand new job. When a juicy story lands on her lap, she forgets herself, taking an interviewee down on-air before she has confirmed the evidence. But that is just the beginning. In her search for the evidence to support her actions, she is pulled into a far more dangerous and wide-reaching conspiracy. 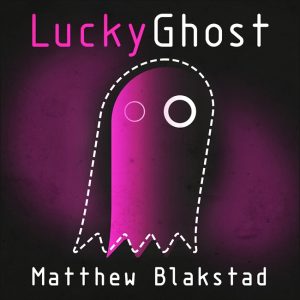 In Alex’s world, people wear a ‘mesh’ over their faces, letting them interact with a virtual world overlay at all times. They live and breathe the game-world of the Strange. Within their world, they trade a virtual currency – the currency of emotions, known as Emoticoin. When Emoticoin starts being used as a bribe for government officials, Alex is put on the trail of an old adversary. How far does the conspiracy go? And will she be able to solve it before a man in a Spider-Man costume shoots her for real?

‘This triple-shot arsehole is getting high on his own private TED talk.’

It is clear that Blakstad knows what he’s doing. He understands the tech and the ins and outs of the virtual world he has created. It is crucial that readers feel the author is writing from a place of specialist knowledge, we feel safe and can let ourselves get lost in the world. Also, thankfully, Blakstad treats the readers with respect. He never talks down to us about the technology or the ideas he is exploring (a problem Ready Player One suffered from). And while the technology is ultimately the reason the conspiracy is able to exist, the novel doesn’t turn into a diatribe against the use of technology. Instead, it evaluates both sides of the coin, presenting the reader with a range of perspectives. 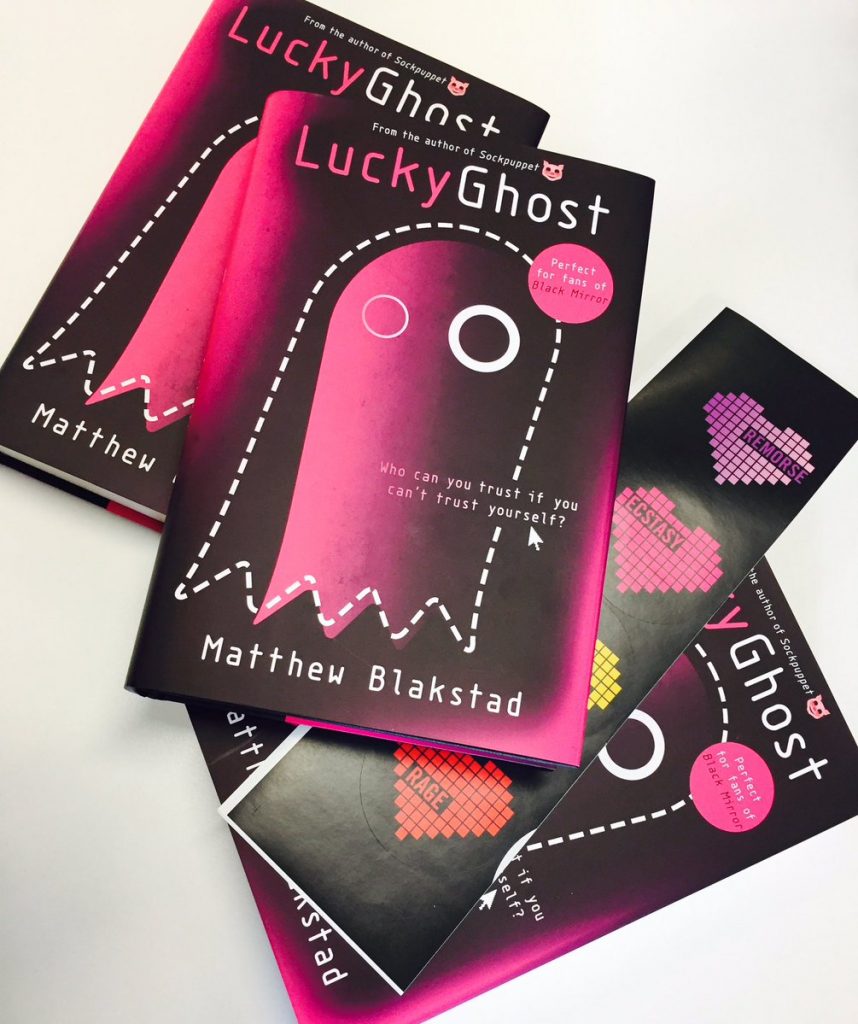 The writing style is unobtrusive. The author chooses to implement some stylistic accoutrements to highlight the use of instant messenger-like conversations. Usually, these kinds of stylistic gimmicks irritate me, but Blakstad is spot on. He even uses sentence fragments, misses out punctuation, and doesn’t bother with capitals in these passages. As such, it perfectly mimics my own lazy use of internet chats.

‘And that’s my choice? A bullet or an abusive man?’

Alex is an interesting protagonist, but not without her flaws. She is strong and resilient, but not to the point of invincibility – she has plenty of demons. Her reliance on the Strange to quiet her mind is eminently relatable. But she ultimately doesn’t have much active involvement in the outcome of the conspiracy plot. Perhaps her role being limited to journalism is a good choice, keeping her actions within the realm of her character’s skillset, but it makes the ending feel a little hollow.

It is also through Alex that Blakstad explores issues surrounding internet trolls. For the past year, Alex has been the subject of anonymous harassment via the internet. She later discovers that this behaviour is perpetrated by someone she turns to for help. While I understand the author/character’s decision to not address the behaviour at the time, given they are in the middle of a dangerous situation and have shit to be getting on with, when it is finally tackled, Blakstad does a poor job of it. In the end, it feels like an afterthought – as though he suddenly remembered he raised this plot point and has realised he needs to tie a neat bow on it before signing off. It just rings hollow.

Verdict: Solid cyberpunk thriller full of political and economic conspiracies. There are some cool tech ideas embedded in the worldbuilding and some interesting takes on a world dominated by technology, but thankfully it remains firmly within the realms of entertainment rather than soap-box philosophising.

Lucky Ghost is published by Hodder & Stoughton in the UK and released on July 27th.

Previous: Dunkirk: You can almost see it from here…
Next: The art of the trailer: Studios setting our expectations