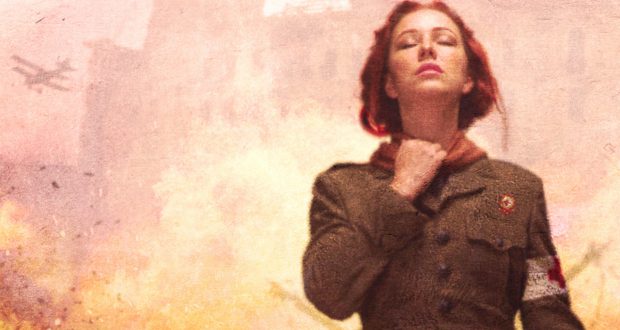 Having been a regular listener of the excellent Writing Excuses podcast for several years, it’s amazing that I’ve never read any of Mary’s novels before now. But Ghost Talkers felt like a good introduction, being a standalone fantasy novel. Not only that, the premise sounded bloody brilliant. I love a good alternate history story. Ghosts! War! Women! I was on board. And I wasn’t disappointed. Ghost Talkers is great fun while managing to address serious issues of the time, including gender and racial inequalities.

The novel follows Ginger and her colleagues in the Spirit Corps, a branch of the British military in World War I dedicated to extracting relevant intel from recently deceased soldiers. When Ginger’s fiancé reports in, she must set aside her grief as she unravels the mystery surrounding his murder. There are traitors amongst them, and if Ginger is to survive the war, she needs to find the mole before the Germans learn the secrets of the Spirit Corps.

Inventive use of the supernatural 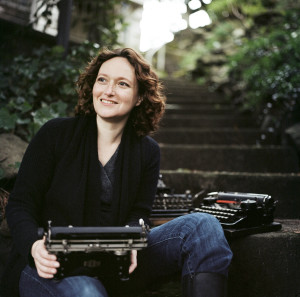 I love it when I come across a premise that seems so simple, obvious, and brilliant that I have to wonder why it wasn’t done before… hell, why I hadn’t thought of it! Alternate histories where the supernatural is an accepted part of an otherwise ordinary Earth is not a new concept. But Mary’s use of ghosts as a source of wartime military information is a stroke of genius. Those men who died out in the trenches, they would have the most up-to-date and accurate information available, but how to get that information back to the military strategists making the calls? Ghosts! Having the supernatural element of the novel be so integral to the story and so useful ensures that the reader’s belief in the alternate history is well and truly earned.

While the rules of the supernatural follow established conventions, for instance, ghosts remain as long as they have unfinished business, the new elements Mary introduces are well-defined and believable. And all of her additions to the lore are original and fascinating, providing depth to an already interesting setting. Too often I find that supernatural elements are added to stories for a ‘cool’ factor rather than being important to the story, but nothing in Ghost Talkers feels extraneous.

Giving a voice to the marginalized in WWI 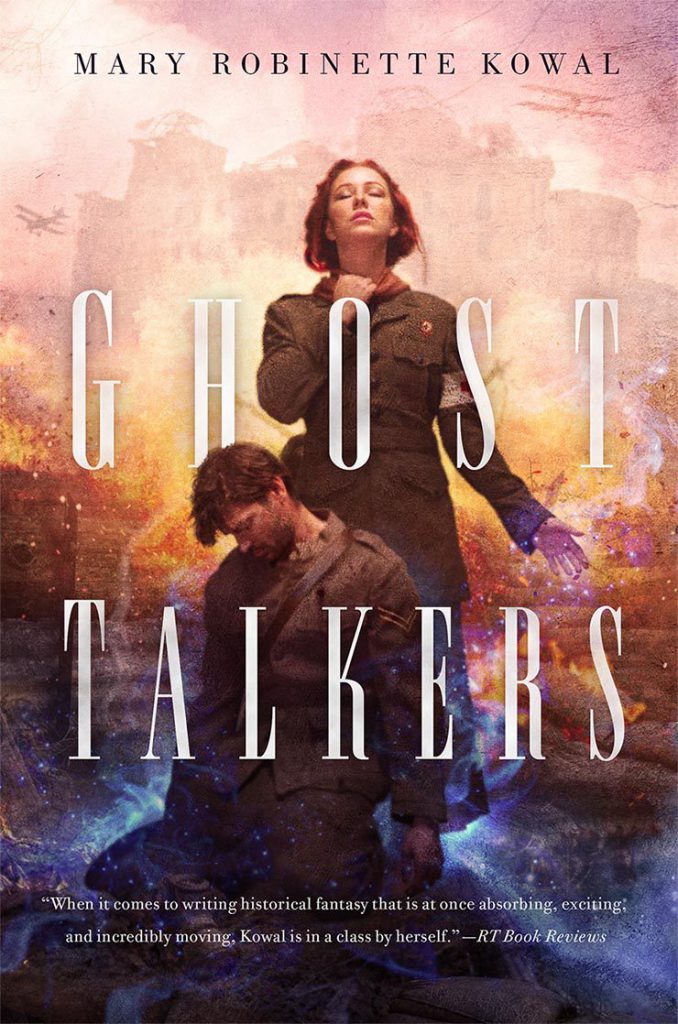 Ghost Talkers is a wartime spy drama told from the perspective of those usually marginalized. While the narrative often focuses on the gender inequality of the time period, the novel is not just concerned with women, but Black women as well. This is handled deftly, with Ginger making many of the default assumptions the privileged often make. She often forgets that Helen does not have the same liberties as the other white women of the Spirit Corps. This, and when the brass overlook Helen as a potential useful leader because of her colour, are the only times her race is ever mentioned. As such, Kowal is able to address the issues without preaching. Helen’s colour is so inconsequential to Ginger that she only ever notices the issue when inequality rears its ugly head.

Amongst the marginalized voices represented in the novel are the oft-overlooked members of the Commonwealth: Indians. Many Indians fought for Britain in the war, yet they were relegated to less glamorous work. Not because they lacked the training but purely out of prejudice. Ginger befriends an Indian driver who highlights these issues to her, something Ginger attempts to rectify while her own rights as a woman are still curtailed. The marginalized fighting for the marginalized. After all, it’s the same fight.

Is this twist earned?

My one complaint about the novel is also perhaps a strength of Kowal’s writing. Like any good spy thriller, the character revealed as a traitor took me by surprise. And I was fuming. I liked that character! How dare she make them a baddie! Once I got over my initial shock, I racked my brain for earlier clues to hint at the betrayal. I had been so blinded by the pov character’s likes and dislikes, prejudices, and suspicions that I had completely missed what had been staring me in the face. Well done, Kowal, well done. But that doesn’t mean I forgive you.

Verdict: Ghost Talkers is fabulous from beginning to end. The rich setting is only improved by the addition of Kowal’s supernatural elements and the mystery is gripping throughout.

Previous: Hell or High Water: I’ve been poor my whole life
Next: Kubo and the Two Strings: If you must blink, do it now