Home / Film / Bright: I think we might be in a prophecy 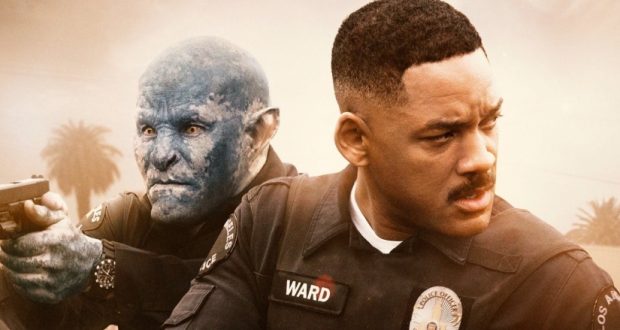 Bright, the Netflix original film by director David Ayer (who really isn’t having the best year), has been dubbed the worst film of 2017. I think that’s unfair. True, Bright is not a particularly good film but I’ve seen far worse. I do tend to be more lenient on films that at least attempt to do something different, after all, I get a little bored being served up the same films over and over by Hollywood. At least Bright shows some semblance of imagination.

High fantasy tropes are transplanted into an otherwise modern-day buddy cop drama – with a good amount of racial tension and conspiracy theories. I at once found the setting to be both an interesting concept (high fantasy clashing with urban fantasy isn’t something you see every day) and poorly executed. I recently had a chat with fantasy writer Adrian Tchaikovsky over at Breaking the Glass Slipper about fantasy worldbuilding where we discussed how each fantastical element of the world should impact the development of the society/culture. In Bright, however, not much about the world is different. American society feels almost exactly the same as it is in the real world, but with racial tensions played out between human and ‘other’. As a result, the premise of the film is used for little more than an overbearing race metaphor (‘Fairy lives don’t matter today’ is a case in point). 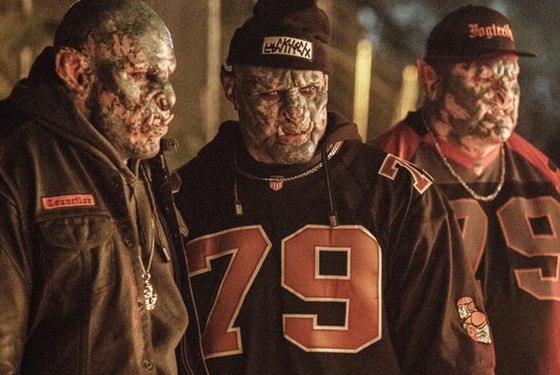 Not only are the racial issues addressed in a most heavy-handed manner, they say nothing new while the film uses racial stereotypes heavily maligned in old-fashioned high fantasy without examining them. Tolkien is still revered by most fantasy fans, but even hardcore fans will admit that the racism inherent in his fantasy world is problematic. Bright falls into a similar trap. Each of the fantasy races has a particular characteristic – elves are greedy consumerists and snobs, orcs are thugs, and so on. Trouble is, the humans presented in the film cover the full gamut of possibilities, but the fantasy creatures we meet fall neatly into categories (except Jakoby). So, while on a grander the scale, the film wishes to address racial issues, it manages to reinforce stereotyped ideas at the same time.

This is like a nuclear weapon that grants wishes.

I love buddy cop films. For all their predictability, there is something undeniably fun about them. While usually I’d love a good buddy cop film that stuck like glue to the genre’s tropes, I was actually rather disappointed that Bright did. I think, perhaps, that the addition of fantasy elements had the potential for an interesting take on those tropes, but instead, we were given exactly the same story elements, but the bad guys had magic. What did having magic users as baddies actually add to the narrative? If you are going to smash together two very different genres, at least do so for an interesting effect. 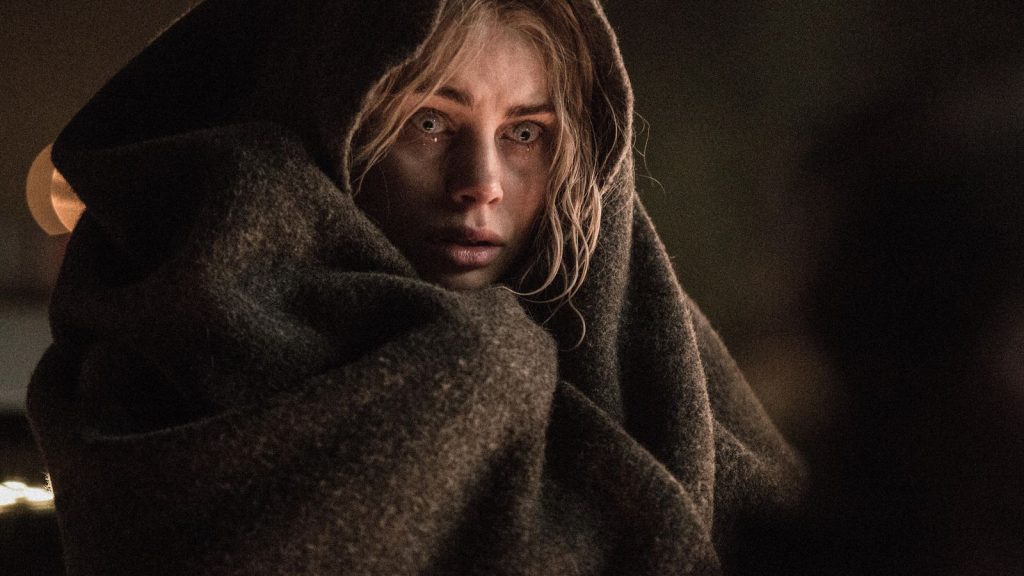 The acting is neither terrible nor noteworthy. The characters have no particular interesting hooks and the plot is entirely obvious. While the film is, for the most part, a simple, linear story, there are all these small moments alluding to the possibility of depth to both character and setting, but they are never given enough air time to make a difference and are ultimately little more than a footnote (for instance, Ward not having other friends on the force; ‘No one wants to ride with you’). Given that the hook of the film is the fantastical element, why did we only get to glimpse Ward’s home life? Surely Jakoby’s would have been the more interesting one to gain insight into?

Verdict: I was hoping to have the End of Watch and Fury David Ayer come to the table for this one, but this is firmly Suicide Squad Ayer territory. Disappointing, frustratingly overbearing, and unoriginal. Credit for trying though.

Previous: Best and Worst Films of 2017
Next: The Black River Chronicles: Level One