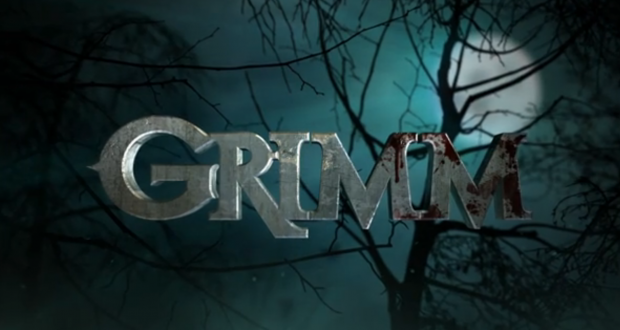 I love fairytales. I also love ‘twisted fairytales’ – in whatever guise they may take, be they modern retellings, re-imaginings, or just creepy/weird versions. So it might surprise people to know that I only recently got into NBC’s ‘cop show with a twist’, Grimm. To be honest, it was completely under my radar for a long time. I heard of Once Upon a Time long before I heard of Grimm. I was so disappointed with the Fables (as in Bill Willingham’s awesome comic book series) rip-off that is Once Upon a Time that I can’t say I was overly excited by the prospect of Grimm.

Much like Once Upon a Time, Grimm is also the product of Buffy alumni. It was Jane Espenson who created the ABC’s fairytale series, while Grimm is the lovechild of David Greenwalt (Buffy the Vampire Slayer, Angel), Jim Kouf (Angel), and Stephen Carpenter. Grimm embraces a complicated mythology while also being a monster of the week show, much like Buffy. However, the series takes a good half a season to really gear up, only finding its feet once it starts to embrace more of its mythology. Maybe you don’t have the patience to stick with a series that takes a while to get good, but trust me, it’s worth it. It has great characters, interesting relationships, and… well… monsters! 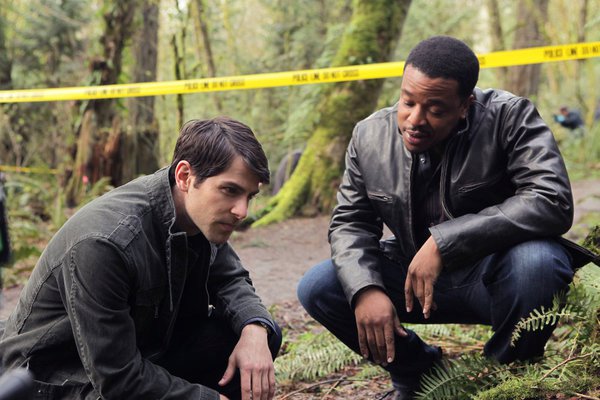 Nick Burkhardt (David Giuntoli) is a detective in the Portland P.D. His parents were both killed when he was a child and was raised by his aunt. All this time, he thought his parents died in a car accident (Harry Potter anyone?!) and that he was just a normal bloke. Alas! He gets a surprise visit from his dying aunt and she reveals that he is the next in a line of important protectors of the world – a Grimm. Grimms are descendants of the Brothers Grimm and are tasked with protecting the ordinary people of the world from the Wesen – more commonly known as monsters and creatures from fairytales.

His aunt dies shortly after dropping this bombshell and leaves Nick on his own to discover the intricacies of the world of monsters and men. Not only is Nick meant to fight these monsters, he is one of a very few people who can see them for who they truly are. Nick quickly befriends Monroe (Silas Weir Mitchell), a reformed Blutbad (fairly close to a werewolf), who helps him delve into this mysterious new world. But who else can he share his new identity with? Who would believe him?

In the land of women

While at first glance it might seem that the show is fairly male centric – with the main protagonist being Nick Burkhardt, his partner Hank Griffin (Russell Hornsby), and friend Monroe the series actually has three strong female characters at its core. The first we meet is Juliette (Bitsie Tulloch), Nick’s girlfriend. At first, she appears to be a very boring but sweet girl with little depth to her personality. But her story arc and character growth over the seasons shows her true colours – a woman of intelligence, independence, and strength. 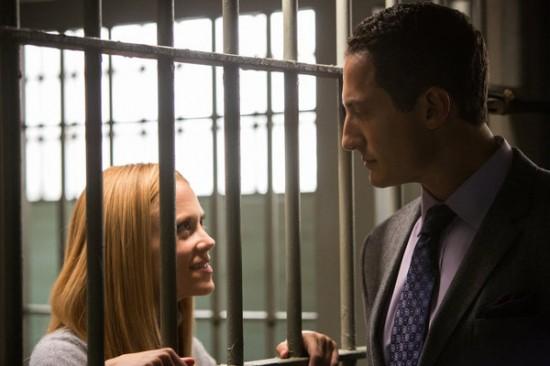 Next up to the podium is Adalind Schade (Claire Coffee). What’s that? A strong, attractive blonde woman who is a baddie?! No freaking way! Yesssss! Buffy gave us a strong little blonde thing who could hold her own against the forces of evil while Adalind is a force all on her own. Without giving too much away, Nick beats Adalind in Season 1 – but don’t count her out. Powers or no powers, this girl is one tough broad. It takes more than one setback to keep her down. I love that this strong woman has become a series regular baddie – I’m getting total Spike vibes from her (and from Captain Renard). 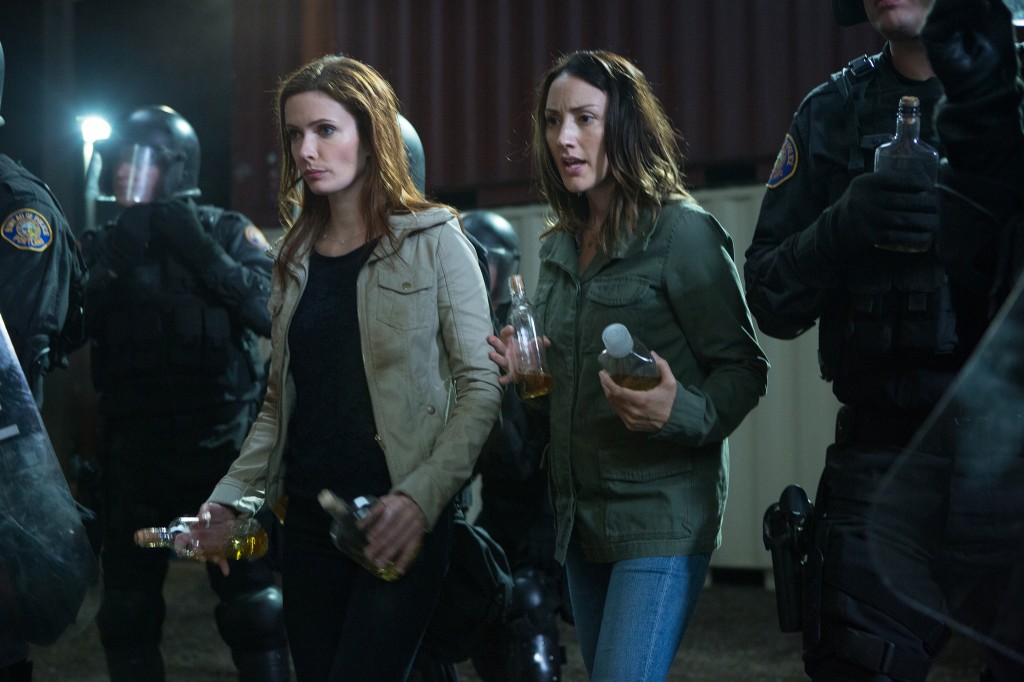 Last but not least, there is also Rosalee Calvert (Bree Turner), my personal favourite. Rosalee comes to Portland after her brother is murdered. She is also a Wesen, but much like Monroe, she is not a threat. Nick befriends her and her spice shop becomes a central point for what effectively becomes the ‘Scooby Gang’ and their library or Magic Shop (yes, the Buffy similarities really are there). Rosalee is a treasure trove of knowledge with an awareness of many different kinds of Wesen, magic/witchcraft, curses, and forms of drugs that only have an effect upon her kind. On the surface she seems like a quiet, shy, academic woman, she also has a dark past involving drug addiction. That’s right – a reformed woman – strong, beautiful, and flawed.

The men aren’t so bad either

Is that enough girl love? I don’t think it is fair to ignore the men entirely, as there are some great male characters in the show as well. Nick and his partner Hank head up the show, but I have to admit, they are my least favourites. The supporting male characters are far superior: Monroe, Captain Sean Renard (Sasha Roiz), and Sergeant Wu (Reggie Lee). 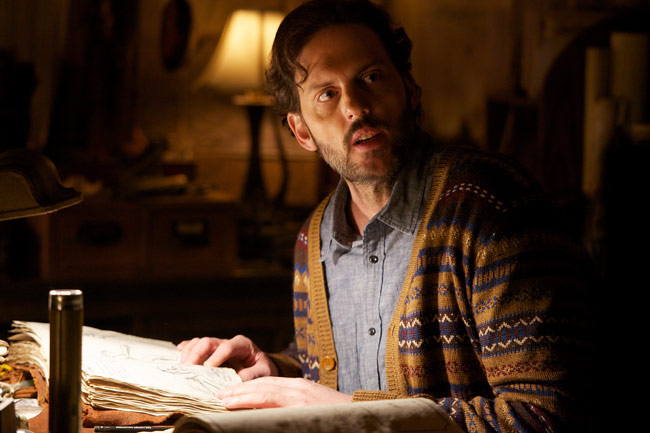 Monroe is the ultimate best friend. If it weren’t for him being a Wesen, I’d say he was the Xander of the bunch. He is the one that keeps Nick grounded. Monroe is almost always levelheaded. He is a bit geeky with his love of clocks and watches, a little cooky with his abstinence approach to meat – a vegetarian monster. Possibly the best thing about Monroe is his relationship with Rosalee. They complement each other – both sweet, fairly quiet people, both Wesen. The difference is that Rosalee is a fairly harmless Wesen, while Monroe comes from a line of vicious killers – and yet it is Rosalee that has the darker side.

Captain Renard, Nick and Hank’s boss, is a mysterious figure, leaving the audience guessing what side he’s really on. Still, three seasons in, I’m not sure which team he’s batting for. I love that about him. In life, how many people are so black and white? It is nice to see a main character in a TV series fall very much into the grey area. He’s also a bit of a ‘mutt’ – a half-Wesen. There is definitely the potential for some Blade-like intrigue related to his heritage. And his heritage really does provide fuel for the plot. Oh yeah, he’s also handsome and French. So there’s that too. 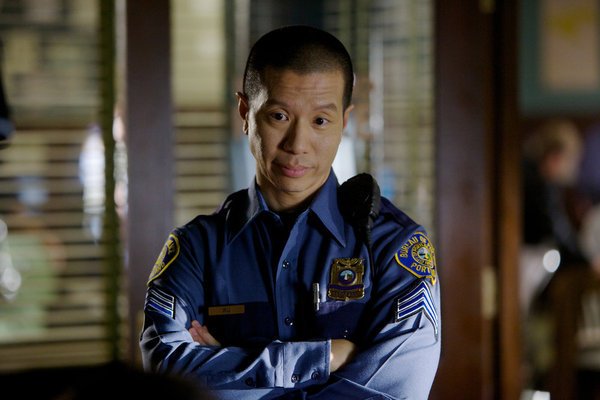 My favourite of the supporting male characters gets sadly little screen time. Poor Sergeant Wu. He steals every scene he’s in with his genius comedy stylings. He has perfect comedic timing and delivers lines with such sarcasm. I just love him! I wish they would include him more, give him more to do and bring him further into the inner circle. Wu is the one that gets stuck with all the shit jobs, cleaning up after the glamorous detectives and never let in on what is really going on. Maybe next season they’ll give him more of a character arc?

Tv in the post-Buffy days has been disappointing more often than not. While Grimm not be as mind-shatteringly awesome as the Chosen One, but it is good fun. It’s nice to have a monster-of-the-week show with strong characters and oodles of mythology to create endless storylines from back on my TV. It gets better with every season, the third season easily being my favourite so far. I hope it gets picked up for another season. With comic book and novel tie-ins, hopefully this means that NBC are eager to keep this brand going. Now that I’ve found Grimm, I hope it continues in the years to come.

Previous: There Are Solutions, Of Course: In Smokey Man We Trust
Next: The Acquirers: Old Friends