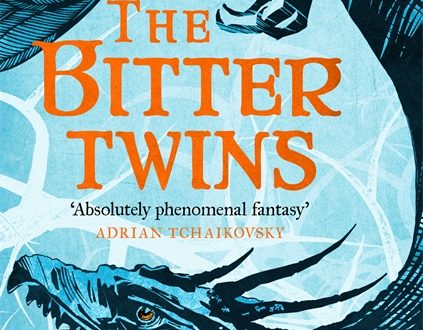 I’ve long been a fan of Jen Williams’ fantasy writing. She creates interesting worlds with characters who positively ooze character. That said, her second and current series, The Winnowing Flame, hasn’t captured my imagination as much as The Copper Cat, but that’s not to say Williams isn’t continuing to deliver new and interesting takes on well-trodden fantasy tropes. Where The Copper Cat took aim at traditional mercenary and adventure fantasy, The Winnowing Flame offers up a female Indiana Jones in a world populated by witches and vampires.

The Bitter Twins, unfortunately, suffers from a bad case of middle book syndrome. There’s little of a defining narrative to this single novel and the ending is more of a brief pause in the action before the final instalment. Where the first book, The Ninth Rain, had the majority of the main cast of characters together throughout, The Bitter Twins has them sprawled out across the world, with plot threads spread out with them. This is of detriment to the overall momentum of the novel. The reader’s attention is split over too many strands, limiting the efficacy of all of them. No one main character or narrative arc keeps us glued to the page, whizzing along. 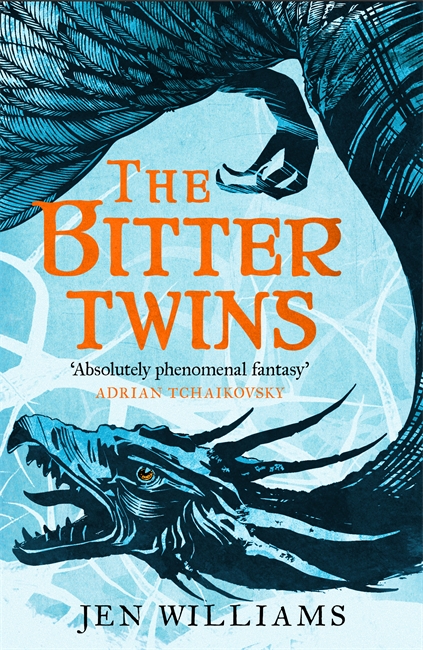 The plot further suffers from some serious pacing issues. It isn’t until after the halfway mark that the plot really takes flight. Before then, it feels like Williams is treading water, padding out the book with extra words (her novels do come in rather long). And even then, there’s not enough to keep us focused on a core thread, so the pacing continues to stutter and stall its way through.

I love Williams skill at character creation. She constantly creates interesting, unique characters with their own very particular character quirks. But this is also one of my major issues in The Bitter Twins. Vintage is a very well realised character, but her quirks of speech are irritating in the extreme. Even in the heat of battle, she insists on referring to other characters (even enemies!) as ‘dear’ or ‘dear one’. And if that weren’t irritating enough, Hestillion’s pet name for her war beast is ‘sweet one’. Quirks of speech like this, I find, are particularly difficult to get right. Not used often enough and they make no impact but used even slightly too much and they make me eye-roll with every instance. I had a similar issue with Joanne Harris’ The Gospel of Loki.

While many of the characters have fascinating depths, I find that many of Williams’ villains could do with a little more fleshing out. Despite spending a good deal of time on the Jure’lia, their motivations are still somewhat fuzzy. Beyond their behaviour being portrayed as a part of who they are, some kind of biological imperative to expand and a desire to connect, it isn’t explained as to why they feel the need to take over Sarn. Their reasons for acting too often feel like ‘because that’s what they do’ – the problem I have with a lot of undercooked superhero films these days. I want a villain with a motivation that is compelling and understandable.

Verdict: While the worldbuilding is, as always, original and well-drawn, The Bitter Twins fails to live up to the high standards set by Williams’ first fantasy trilogy.

Previous: I, Tonya
Next: Thank you and goodnight