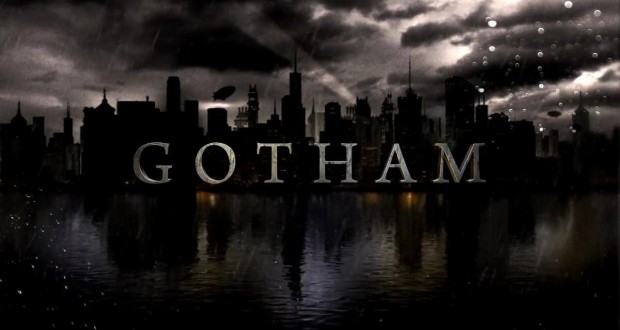 As the leaves begin to fall, our TVs fill up with scores of new and returning series. Looking through the list of upcoming new shows, there’s the usual mix of different genre shows including comedy, dramas, crime procedurals, and even a musical. Unfortunately, much of the line-up does look fairly derivative. That isn’t always a bad thing, some of my favourite sitcoms are fairly standard fare – formulas become the standard because they work, after all. There is the odd show where studios seem to be taking a punt in unexplored territory, which I appreciate even if the final product fails to excite. I might be slightly biased, but as it has been for a few years now, the more sci-fi/fantasy/comic book genre series (and films) are the ones that have me most excited for the new season to gear up.

The vapid, shallow, and stereotypical lives we lead in sitcoms

From Karen Gillan’s fall from scifi grace with a fake American accent in the already passé Selfie (although I do love John Cho), to Cristin Milioti’s attempt to ride How I Met Your Mother’s coattails in A to Z, to the appalling voice-over heavy Manhattan Love Story (that much voice over only works in noir guys), sitcoms have the romantic clichés covered for you. While ordinarily I’d be psyched to hear that Veronica Mars and Party Down alumni Ken Marino had landed his own series, the premise for Marry Me is not only completely ridiculous, but will undoubtedly get old after just one episode. How could it possibly manage even a full first season?

For the completely wacky, we have CW’s Jane the Virgin. On paper, the concept sounds too ridiculous to be true. When you watch the trailer you have to wonder if the studio execs have either lost their minds or are complete geniuses. I’m inclined to think the execs have instead been replaced by mini-hedgehogs eating burritos and this is the result. On the other end of the spectrum there’s ABC’s ‘musical comedy fairytale’ Galavant. The idea for it is so out there I really hope it manages to somehow pull it off, but if the trailer’s anything to go by, I’m already disappointed. Oh, Alan Menken, how the mighty have fallen.

As formulaic as the procedures they portray

If CSI can do it, why can’t NCIS? Apparently they are just going to keep launching shows with exactly the same formula, just in different locations, until the money-well runs dry. I loved NCIS when it first started. I even kept watching for several seasons. It had good characters and decent storylines. But like most shows, it ran its course. And then it kept running it, and running it, until it welcomed in NCIS: Los Angeles and now NCIS: New Orleans for 2014. Isn’t enough, enough already?!

Tea Leoni moves from the CIA to the White House in Madam Secretary, portraying (you guessed it) a hard-as-nails, no nonsense woman juggling a career and family life. Who’d have guessed? Along similar lines but in a more light-hearted tone, Debra Messing underwhelms in the trailer for The Mysteries of Laura where she too is juggling a career (as a homicide detective) and family life. Wait, there’s more – we will be privy to Katherine Heigl’s serious face yet again in State of Affairs, as she protects the president while trying to avenge an ex-lover. How to Get Away with Murder, a ‘legal thriller’ starring Viola Davis, is the only drama with a procedural bent that looks to have any substance, and even then it looks like it might lay the melodrama on a little too thick for any real depth or intrigue.

Superheroes and comic book adaptations are all the rage at the moment, on TV and in film. This year, we are being treated (note the sarcasm) to a spin-off of the CW’s hit series Arrow, with The Flash. The best thing about the series is that the original Barry Allen (aka The Flash for those uninitiated), John Wesley Shipp (aka Dawson’s dad!), is making an appearance as new Barry’s father. While Arrow is, for some unfathomable reason, very popular, I just hope that The Flash has a little more Buffy-spunk than Arrow-whininess.

The Syfy channel has decided to try to merge The Walking Dead with Y: The Last Man in Z Nation. While trying to capture the success of The Walking Dead, they are playing with the idea of saving humanity with the one person who is immune to the zombie disease. Ok, so it’s also very similar to The Last of Us, but everyone loved that game, right? So why not try to cash in on all that success?!

Gotham is the bright spark of hope. With it’s heavy noir feel and strong cast, I only hope it lives up to my expectations. So far, DC’s TV escapades have tended to pander to the teen-melodrama market and lacked even a whiff of substance. Will Gotham be the one to win over the older comic book reading and TV watching crowds? Let’s hope so. I’m just glad to see Donal Logue back in a noir series after the unfortunate cancelling of the excellent Terriers.

Previous: Around a writing festival in a day: The festival of writing 2014
Next: Dancing with the Drones: John Cale’s LOOP>>60Hz