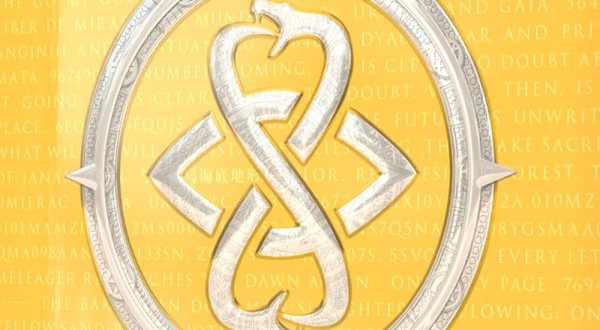 Authors and their publishers (and marketing people) are always coming up with new ways to encourage readers to buy their books. You go on any writing course and ‘promotion’ of you and your work will be included in some way, be it in conjunction with traditional or self-publishing. Bloggers experience the same thing, constantly being bombarded with information and tips on how to drive traffic to your sites, increase your social media presence, and generally manage to get your content out to people. So it was no surprise to me when I read about James Frey’s Interactive YA series, Endgame – the next big thing in marketing a novel (and its sequels). The first novel in the series, The Calling, was published on October 7th.

Who is James Frey?

James Frey is no stranger to excellent publicity strategies – and controversy. In 2003, Frey published A Million Little Pieces, which claimed to be an autobiographical tale of drug addiction. Three years later, after becoming a worldwide bestseller, Frey was discovered as a fraud. Not only did this create public outrage but Frey’s publisher backed out of a two-book deal and had to foot the bill for a lawsuit when angry readers claimed the book was ‘fraudulent’. 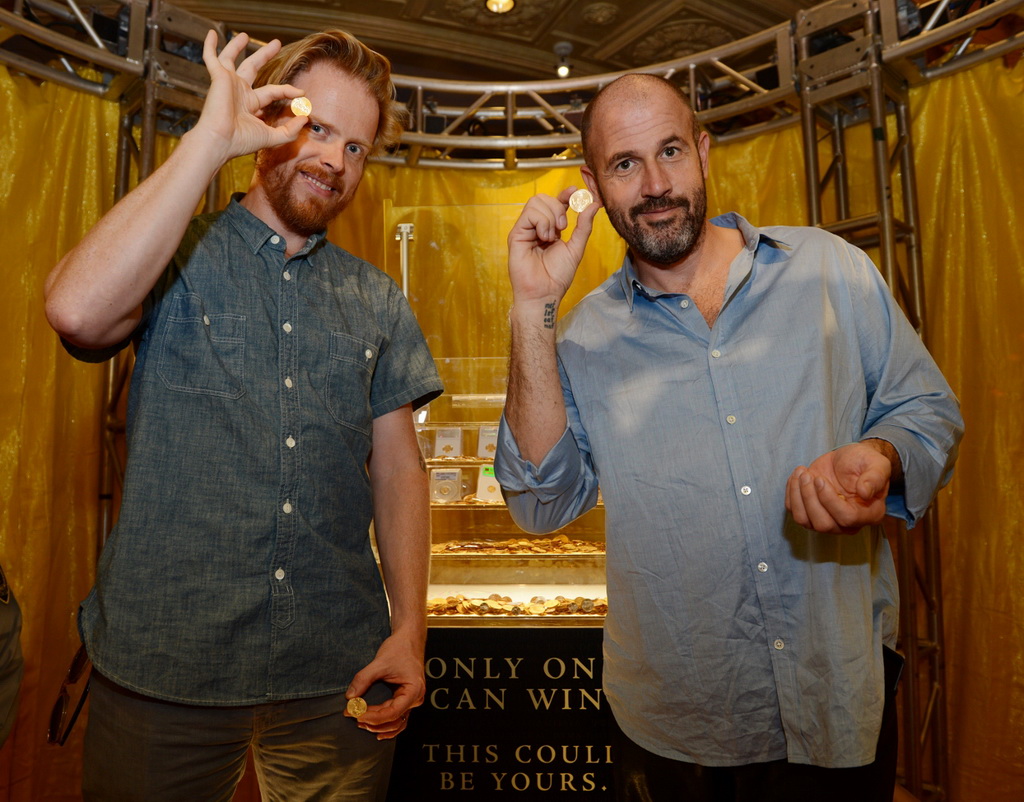 From tales of drug addiction, celebrity narcissism, alcoholism, reinventing and modernizing the tale of Jesus Christ, and suicide, Frey has decided to move on to something entirely different: young adult fiction. He hasn’t genre shifted alone though, he brings Nils Johnson-Shelton, experienced middle grade fiction writer, on board to help him.

The Endgame series is not being marketed as simply another YA series, however. Oh no, it is oh so much more than that – or so the publisher would have us believe. The books are being released in conjunction with a ‘mobile location-based augmented reality videogame’ developed by Google’s Niantic, puzzles embedded within the book, a film, film shorts, and short stories to create what they are dubbing a ‘cross-media universe’.

Is this really such an innovative idea though? Look at all the other YA novels out there, they spawn their own films, extended universe stories, and sometimes include games in their output. The difference here is that it was all planned from the beginning, all these extra multimedia outputs were planned in as part of the universe to interact and extend the story. 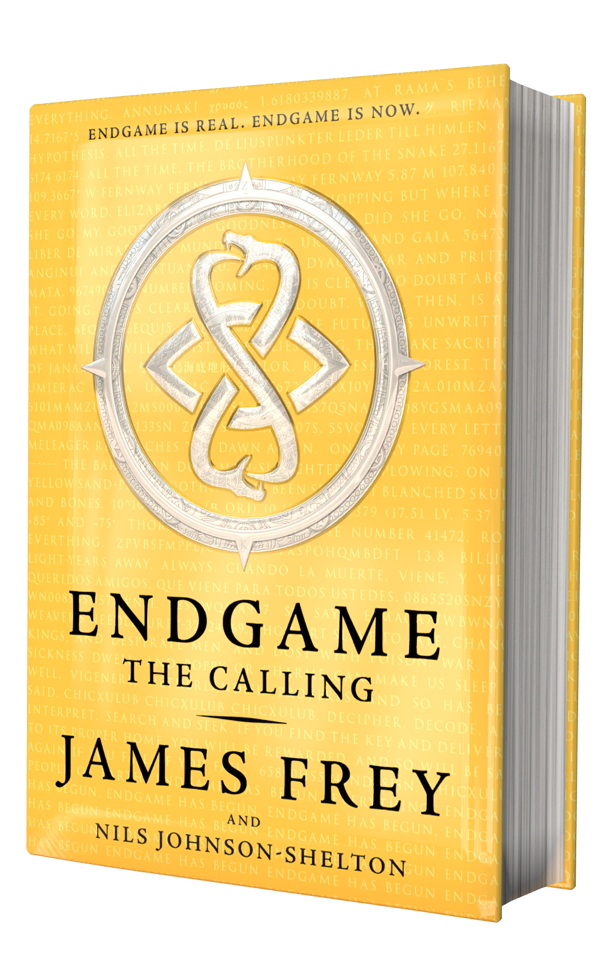 One feature of this ‘rich media’ aspect to the series that has received a lot of media coverage is the prize money that Frey has put up for readers who solve the puzzles embedded in the books. Supposedly there will be a puzzle in each book of the series (set to be a trilogy), with the prize money increasing for each book. The first prize is set at US$500,000 (approximately £300,000).

I find this gimmick insulting to writers. Sure, it is along the lines of advice given to bloggers constantly – you want people to engage with you content? Do some giveaways! Give them free stuff and they’ll engage with your content because people like stuff! Who cares whether they actually like the bulk of your content, but they’ll go to your site if they might get something. Well, that seems to be the strategy here as well, more people might buy and read the books in the hope of winning that astonishing prize money.

From novel to augmented reality

The game being developed by Niantic as part of the Endgame world is based on Google’s highly successful Ingress. Ingress is described as an ‘augmented reality massively multiplayer online role playing GPS-dependent game’ with a basis in science fiction storytelling. Ok, that’s a whole lot of jargon right there, so why don’t I break that down for you? First up is the ‘augmented reality’ aspect. This is when the real world is augmented by computers – think recording yourself in front of a blue screen and having a finished product of you looking like you are in an underwater wonderland. The ‘real’ aspect is you, the augmented aspect is the background. 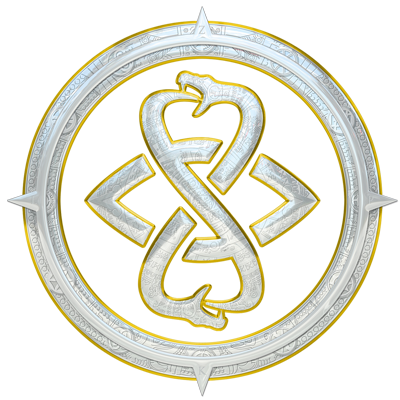 Massively multiplayer online role-playing games (or MMORPG’s) have been popular for a long time. Think World of Warcraft and Star Wars: The Old Republic. Second Life is often also referred to as a MMORPG, although its creators say that it isn’t a game at all as there are no created conflicts or goals, that it is simply exactly what the title says – a second (virtual) life. MMORPG’s are huge revenue earners for big companies and now that they have tapped into the lucrative mobile market, the possibilities for growth have ballooned.

The game is GPS-dependent as it establishes what the game refers to as ‘portals’ using real-life locations. The game tracks the player’s real-world location through their mobile phone’s GPS system to move gameplay along and encourage users to meet up in the real world with fellow players. Players must ‘claim’ portals (locations) for their faction by interacting with the portal when they are physically nearby.

So, now that we’ve wrapped our head around what the game might actually look like, it’s easy to see how this might be an interesting way of bringing a book to life for its readers. The Endgame series is based in an alternate version of Earth, necessarily using real-world locations throughout the narrative. Given that the story is a battle for the world’s future, why not base it on a successful interactive game that already does just that? Honestly, I wonder why Ingress hasn’t expanded their own universe with novels and films already.

This strategy may well prove to be financially solid, but it is hardly innovative. I have long been a fan of enjoying my favourite creative universes over multiple platforms – as a Star Wars geek from way back, I’ve loved the films, video games, board games, novels, graphic novels, clothing, etc developed from that universe. I’m not sure it really counts as an ‘interactive novel’ though. Frey is definitely not the first to come up with the idea of using multiple mediums within the same universe, but he might be the first to package it up and market it so cleverly as an ‘interactive novel’.

Previous: Live and loud: La Roux
Next: The Hunger Games: Mockingjay – Part 1: It is the things we love most that destroy us.