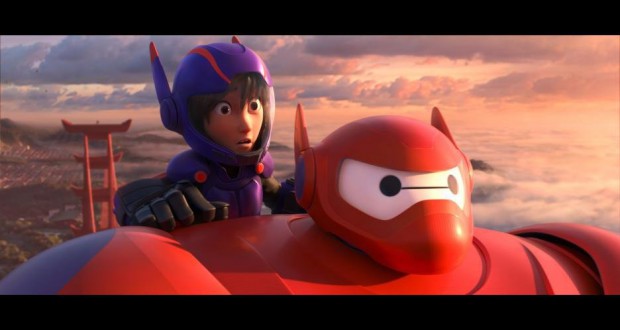 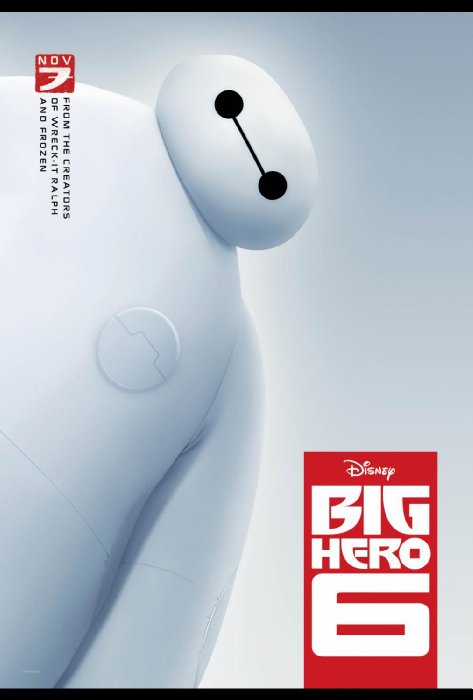 Big Hero 6 follows the young prodigy Hiro as he rebuilds the healthcare robot Baymax into a superhero. It is an odd age we live in when Disney is increasingly well known for its superhero output whilst its traditional animation studio has been wound down. So now we have this, Disney’s first superhero outing under its own brand name and they make a decent job of it. Originally Big Hero 6 was a (very obscure) Marvel property but it has been deemed fit for family consumption and so bears the badge of the House of Mouse.

I doubt anyone will leave Big Hero 6 thinking this is some bold new direction for the superhero genre. Most will be able to see its narrative turns coming and the film hits all the established beats for a superhero origin story. A number of the set pieces and the arcs bear a striking resemblance to Iron Man, from its red-clad robot suit to the triumphant ‘We’ve mastered flight!’ sequence but there are far worse films to model oneself after.

Big Hero 6 has elements of style that elevate it occasionally

Though it might not venture far out of its solid but stayed template, there are elements that deserve note in Big Hero 6. The film does know how to deliver a joke, it can be genuinely sweet (in that fairly predictable Disney way) and the villain is afforded some level of threat. I feel the last point is worth bringing up because so many of these origin films lack memorable villains (there is a general consensus of approval towards Marvel’s Iron Man and Guardians of the Galaxy but who really cares about Iron Monger or Ronan the Accuser?).

It would be wrong to suggest that Big Hero 6’s kabuki mask-wearing antagonist is that original but there’s a sense of style that makes him a little more distinct even if his presence is largely just functional. The shift to nervous shaky-cam on Kabuki’s first few appearances and the effective intermingling of shadow with his dark suit and the mass of black gloop that he controls do add a certain flare.

I think that neatly summarises the virtues of the film. Though it is firmly within a mould, Big Hero 6 has elements of style that elevate it occasionally. This is best conveyed through the setting as the cultural melting pot of San Fransokyo is a delightful backdrop for the film. It is clear a lot of care has been lavished on the design of the location, from small features like lanterns on trams to the torii now installed on the Golden Gate Bridge.

You may well notice the theme of multiculturalism is aggressively expounded upon in Big Hero 6. The lead is Japanese-American, and he is supported by a sexually and racially diverse cast of friends who fill out the superhero team alongside the main attraction, Baymax. One of the girls even has the laudably feminist catchphrase of ‘Woman up!’ which might be a bit on-the-nose but I can get behind any film constructed to antagonise bigots.

It won’t be remembered as a classic but I do think it fits into the niche of being very family friendly, which I can say of increasingly few superhero films. There are plenty of grim films about people in capes but I have always worried that too much emphasis is being put on catering to the older part of the audience. I do appreciate the effort to keep the genre open to all age groups.

The same film you’ve seen before under the paintjob

Sadly though, I can ultimately only praise points of style. You might say a children’s film doesn’t need that much substance but that is a view I have never held with. If anyone but protagonist Hiro and Baymax were greatly characterised it would have added something. As it is, everyone else is fairly one note. Not irritating but rarely stepping out of the archetypal roles assigned to them. The themes are the good ol’ Disney staples of ‘reach your potential’, ‘come of age’ and ‘be yourself’. It’s a safe product with some good external flourishes but it is the same film you’ve seen before under the paintjob.

Essential viewing however can be found before the film starts. Like Pixar films, this Disney outing has a mini-feature, Feast, which here far outshines the main feature. I sat for minutes beaming uncontrollably as Winston the dog gobbled up everything in sight. I’ve waited so long for a good film that combines two of my favourite things: dogs and food.

Verdict: You will enjoy your time with Big Hero 6 but it is fairly disposable. I may rewatch it just to see Feast again, though.

Big Hero 6 is currently on general release in the UK. It has been and gone in the USA and Australia but comes out on DVD at the end of the month.

Previous: Spider-Man joins the Marvel Cinematic Universe
Next: BAFTA 2015: The Dirge of Awards