Home / Books / Joe Hill’s NOS4R2: You can’t let facts get in the way of the truth 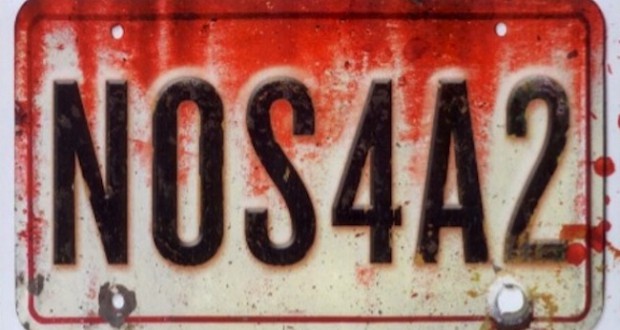 After reading Joe Hill’s brilliant comic book series, Locke & Key (review here), I couldn’t wait to try one of his novels. Having seen the film adaptation of Horns (and I really enjoyed it, review here), I thought I’d try something I didn’t already know the story for. From the reviews online, NOS4R2 (or NOS4A2 in America) seemed a good place to start. While Heart-Shaped Box had strong reviews, many comments referred to teething issues often experienced by a first time novelist. 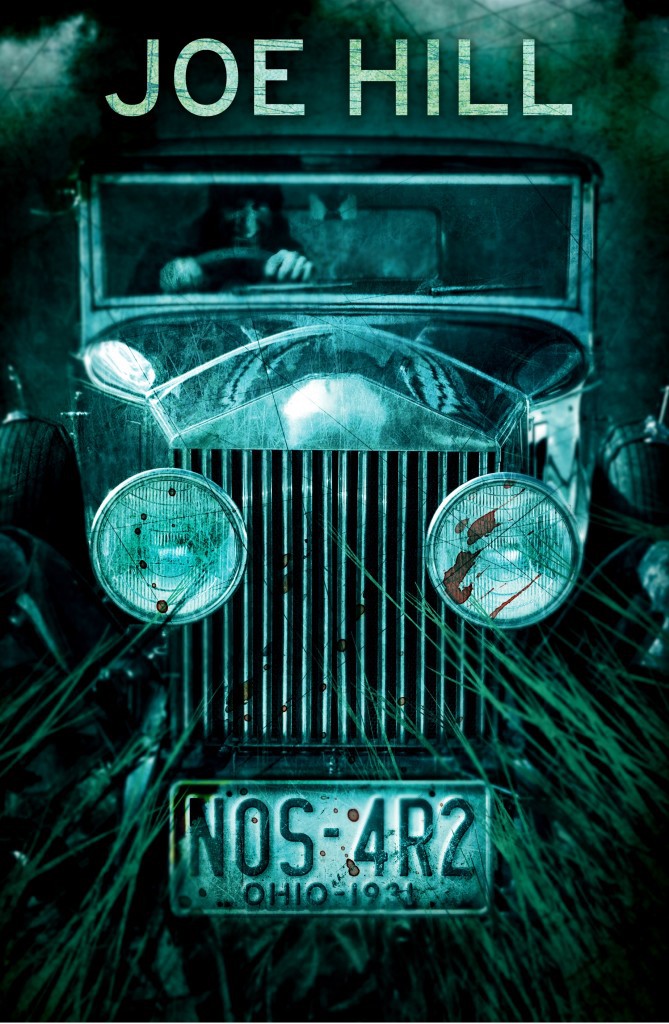 I should preface this with the fact that I don’t generally identify myself as a horror reader or a particular fan of the genre in film or television (though I’m finding more and more that isn’t true… American Horror Story and Cabin in the Woods are brilliant). This is only the second novel in the ‘horror’ genre I have read, the other being Something Wicked This Way Comes by Ray Bradbury (review here). I wasn’t blown away by Bradbury’s attempt to have me ‘quaking in my stylish yet affordable boots’ (Buffy reference ftw!), but I hoped that a modern writer might be able to scare the pants off me in ways that a novel published 50 years ago might struggle to.

NOS4R2 hasn’t changed my mind about the possibility of being scared while reading a book – it just hasn’t ever happened to me – but it was still a great story and a fun read. Hill’s prose is direct and mostly free of flowery metaphors and other clutter that tend to bog down a lot of contemporary writers who try too hard. The only real trouble I encountered in the novel was a nasty habit of slowing down the action and becoming increasingly repetitive at the climactic points of the narrative.

Vic McQueen has an unusual talent. She can use her bike to cycle through a bridge that isn’t there to find things. Her mum’s missing bracelet, her friend’s cat… and a whole lot of trouble. In her quest to escape a life where her father left and her mother doesn’t understand her, Vic goes looking for trouble and finds a shit ton of it. Vic cycles into the world of Charlie Manx, child serial killer. After a terrifying close call with Manx, Vic manages to escape and Manx lands behind bars.

Years later, Vic has had a son, Bruce Wayne, with Louis Carmody, the plump motorcycle rider that saved her the day she escaped from Manx. Vic’s childhood trauma has left her scarred. Out of rehab and therapy, Vic tries to get her life back on track. No sooner than Vic manages to begin mending bridges with her son, Manx is on the loose and determined to get back at Vic – through her son.

‘I painted the walls with the motherfucker’ 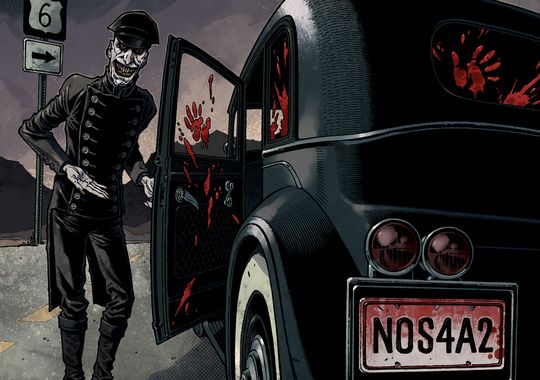 In many horror films, TV, and novels, the last one standing is the woman, known as the final girl trope. This is even the case of Alien, though Ripley isn’t the ‘cutesy’ final girl that we often get. With NOS4R2, Hill plays on this idea. The initial encounter with Manx could be said to be a single story, with adult Vic’s tale the sequel. Vic is the final girl for the first act of the story, but she was never cutesy or sweet. She was always tough, always the one (in a kind of prophesized manner) to stop Manx. Like most horror stories, when you think the baddie is down and out, they come back to surprise you. The whole, ‘Wait a minute! I thought he was dead! I’m sure he was dead!’ thing. Manx should never have been physically able to come after Bruce… and yet he does.

But Vic is a badass to begin with. She is determined and single-minded. If she wants something, she goes and gets it. This is represented both mentally and physically by her use of the Shorter Way Bridge. A covered bridge that she wills into existence to take her wherever she needs to go. What is truly brilliant about the novel is that Hill never feels the need to make Vic appear weak in order to up the threat level. Vic is not weak, she is as tough as they come, and still she can’t beat everything. That’s a good life lesson right there.

‘Fantasy was always only a reality waiting to be switched on.’ 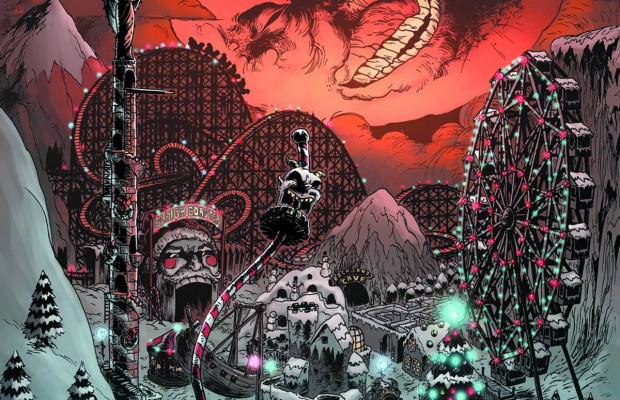 Horror writing is an interesting issue. You have to establish enough of a threat early on without getting the reader too close to the villain. If they get too close, and understand them too much, it is harder to see them as the ‘BIG BAD’ – someone who is terrifying and a real threat. So keeping a kind of mystery around the villain – we don’t know everything that they are capable of yet – while increasing the tension and threat level is a singular skill.

While horror should make your stomach churn and have you on the edge of your seat hoping against hope that the protagonist is going to be ok, there’s something to be said for not delaying an outcome too much. The tension in Hill’s novel would build and build to the point where I was racing through the pages, flicking those page turn buttons on my kindle as fast as my thumbs could go to suddenly find myself standing still – or even being shunted backwards – for several chapters, over and over, the same events playing out in minute detail from different perspectives. I started to get irritated (particularly around the middle of the novel, which is the worst offending passage), wishing he’d just get on with it. Maybe I’m just impatient, but there’s only so much ‘wait for it…’ I can put up with.

‘And he paddled away in his douche canoe.’ 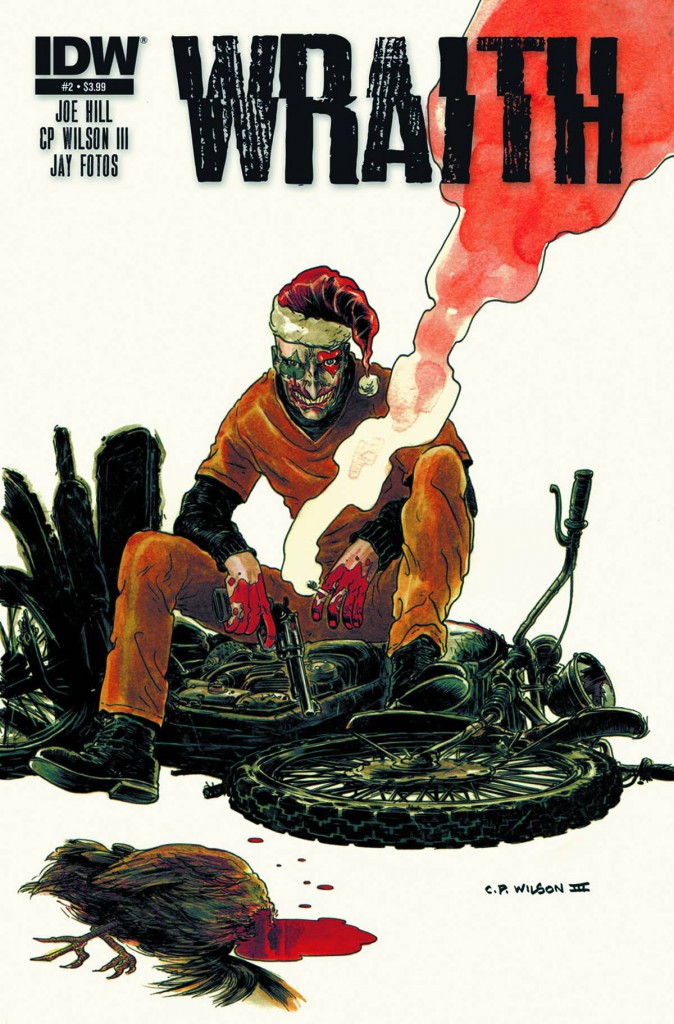 When it comes down to it, the horror genre is all about psychology. It works on our minds to make us terrified while exploring the worst parts of human nature. NOS4R2 is no exception. In Manx, Hill creates a compelling villain with no remorse. As Vic points out, ‘He believed in his own decency with all his heart. So it was with every true monster, Vic supposed.’ Does that make him so very bad?

Hill also explores the impact of psychological trauma on victims. What happens to a child who has been through something awful and come out the other end? Are they ever really free of their tormentors? Vic is never free of Manx and his children. While the events are always presented as accurate truths, it is never 100% whether it is real or in her mind. It is possible that Vic’s Shorter Way Bridge is something she tells herself to feel like she has some control of her life. It’s her mind’s way of using fantasy to give Vic the strength to do what she needs to.

Verdict: Thoroughly enjoyable fantasy thriller – you are never quite sure how things will work out for Vic. The writing is warm, inviting, and keeps the reader hooked while Hill manages to use a genre novel to explore a number of psychological issues that are too often overlooked by other genre novels and by the wider media as well.

I will leave you with advice from the wisest dad in the known universe: ‘If I die in a plane crash remember to always bag and board your comics.’