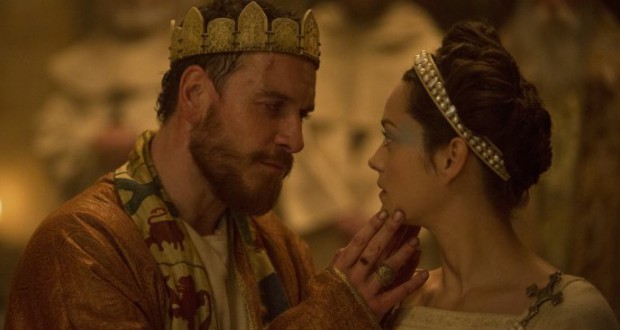 Oh, Shakespeare film adaptations: my forte! This is a fierce and muscular spin on Macbeth. Director Justin Kurzel takes full advantage of the rugged Scottish landscape (and fairly rugged cast members with the likes of Michael Fassbender being the foremost) and some nifty visual twists to deliver a very cinematic version of the blood-spattered tragedy.

Kurzel is following some robust screen adaptations (not to mention tackling one of the BIG tragedies) with previous versions being helmed by Orson Welles, Roman Polanski and Akira Kurosawa. This holds up as a strong and brutal entry in the Shakespearean cinematic canon, as well as being an energised and accessible film (provided you can stomach its frenzied gore and violence).

Oh, full of scorpions is my mind 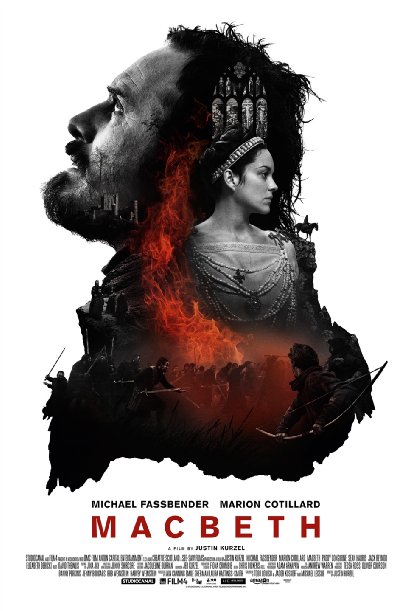 Let’s dig right in! As with many of the film adaptations, this one is abridged and the edits are a telling aspect of the direction. We lose the Porter, the excruciating double entendre as the news of MacDuff’s family is delivered, Malcolm’s main speech, and a lot of the text reflecting on Lady Macbeth’s madness. In some of these cases, it’s simply the excoriation of all (the immeasurably dark) humour from the film – letting the focus lie on the wrath, vengeance and paranoia that the rest of the text is steeped in.

More interesting is when Kurzel fills in the gaps of the text with visual cues. Rather than having a doctor reflect on Lady Macbeth (Marion Cotillard)’s condition, we get prior foregrounding of her descent into madness with her palpably mounting regret in close-ups and the like. Similarly with Malcolm, rather than allow him to wax lyrical on his inappropriateness to be monarch and then equivocate that stance, Malcolm (Jack Reynor) simply looks bewildered at his mounting momentum towards the throne and struggles to maintain anything approaching a royal countenance when faced with the prospect of MacDuff (Sean Harris)’s terrifying wrath.

Those clamorous harbingers of blood and death 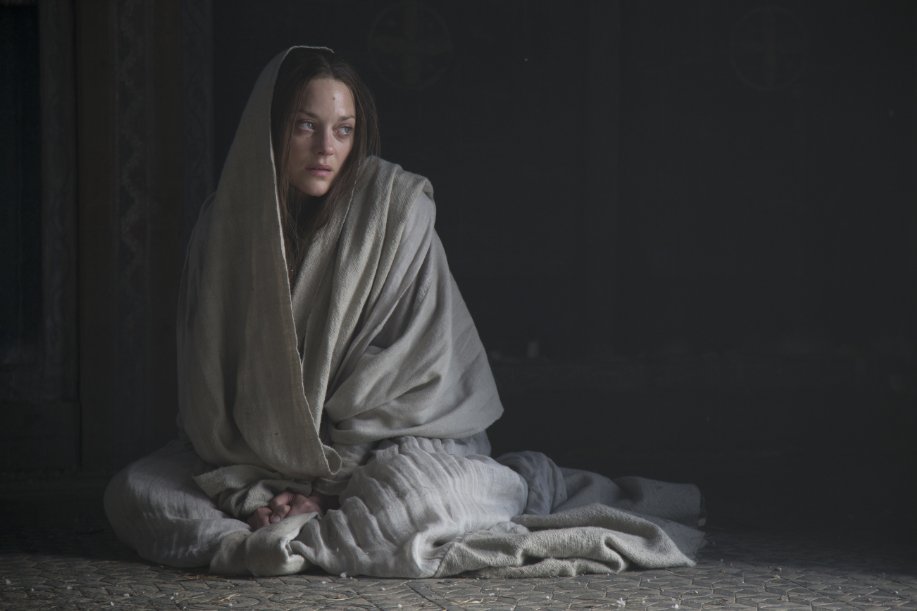 Kurzel also eschews the staginess inherent to certain aspects of Macbeth. He takes every opportunity to send characters out onto moorland, woodland, and beaches; and those times when we are indoors are either barely so (in the exposed little settlement of Inverness) or in the large booming halls in Dunsinane. Hardly the cramped environs of a stage. There’s also a nice twist on how Birnam Wood is handled that breaks from traditional theatrical interpretations.

Further on the point of little tweaks to the text, there’s a brief little prologue that addresses the old ‘How Many Children Had Lady Macbeth?’ question, and the wordless bonding of Macbeth to a young soldier in the opening battle against Macdonwald is a nice set-up for some alternative takes on ‘Is this a dagger which I see before me’ and some of the latter exchanges with the wyrd sisters. Altogether, the changes make for a robust and clear view on a dauntingly multi-facetted text. 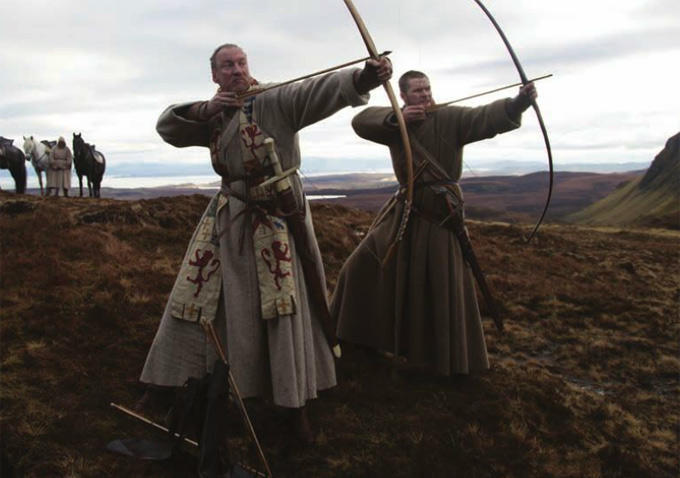 One of the pleasures of this film is that it wasn’t quite as expected. The trailers push the blood, guts and action angle – which is certainly present – but Fassbender doesn’t come across as some kind of Last Action Hero-esque take on Macbeth. Once crowned, he seems uneasy and unsettled in stance alone with his power. He’s a violent and unhinged man but you always get the sense that he’s still deferential to an ideology of fate. Cotillard as Lady Macbeth gets to give a unique spin on the role because rather than being the figure committed hardest to bloodshed and ultimately broken by her fervour (as I have often seen her played), she is very quickly reticent and regretful of her role once Macbeth’s actions escalate.

Though these are the big two performances of the piece, actually my favourite role was MacDuff as played by Sean Harris. I have yet to find a more intimidating screen presence and he’s certainly well-fitted for a role whose quest for bloody vengeance could easily eclipse the gory tyranny of Macbeth. But it’s a solid piece across the board: David Thewlis comes across as innocent and naïve as Duncan, Paddy Considine stalwart, despairing and stoic as Banquo, Jack Reynor an eager and unready Malcolm. 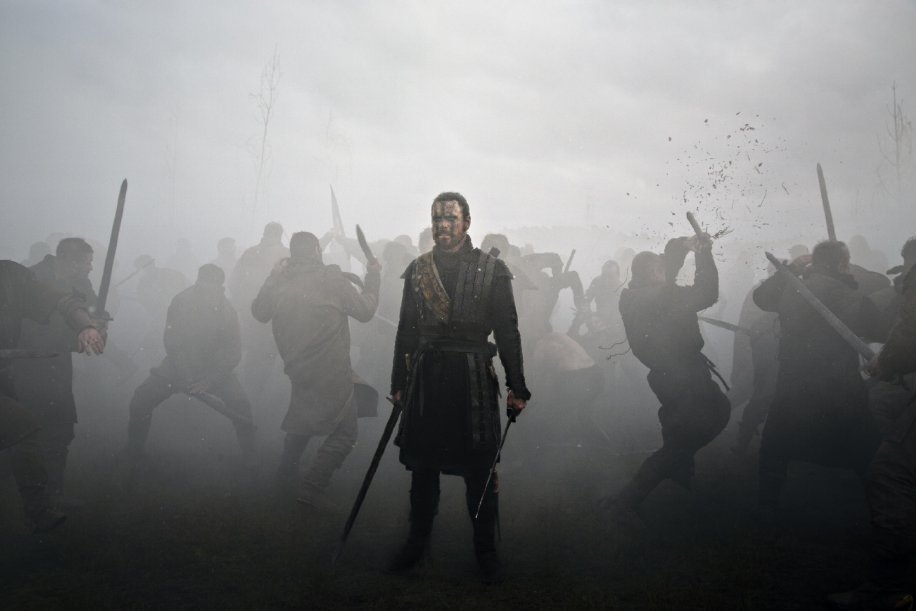 Verdict: All hail, Macbeth, thou shalt be king hereafter!

Macbeth is currently on general release in the UK and Australia. It comes to the US in December.

Previous: Con Man: Because convention man doesn’t sound as cool
Next: The Importance of Being Earnest