Home / Comics/Graphic Novels / LIMBO: An elegy for the mixtape 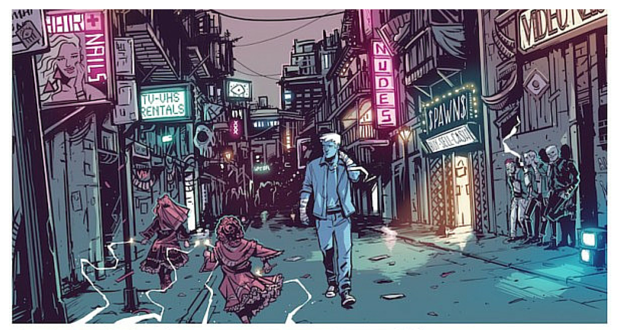 The premise for this comic miniseries reminds me of some kinds of modern art: throw a bunch of paint at a canvas and see what sticks. In the case of Limbo, the brainchild of Caspar Wijngaard and Dan Watters, has a vast collection of ideas that probably shouldn’t have stuck, but somehow they did. They more than just stuck, they managed to sew together seamlessly and make me wonder why I haven’t read more 80’s nostalgia, voodoo noir take on Life on Mars. Yeah, that’s right, it really does have all that in one comic miniseries. And it works.

‘Doesn’t anyone in this town just shoot a guy?’ 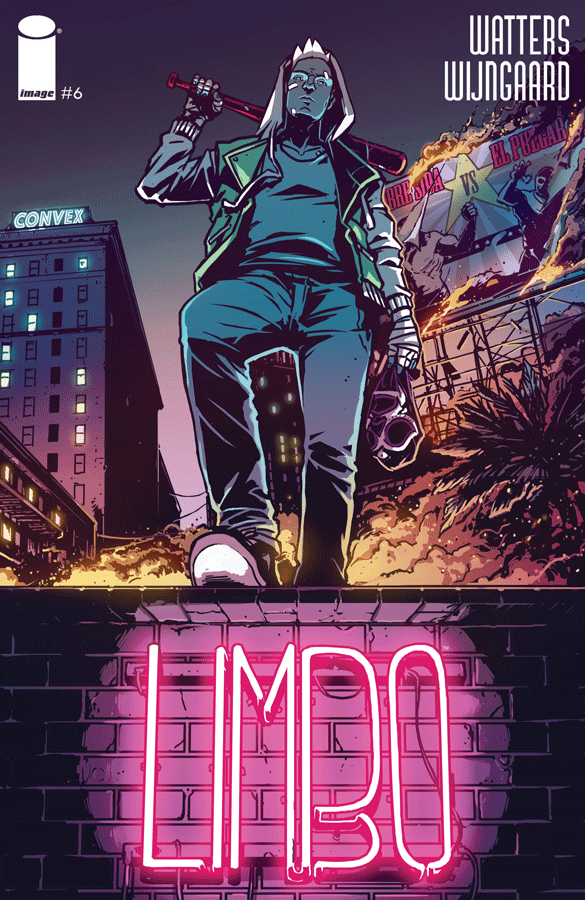 For a miniseries that is choc-full of ideas and action, the premise is actually quite simple. Clay has no memory of his life from before 9 months ago. Saved from a bad beating by voodoo mistress Sandy, Clay sets himself up as a PI while trying to learn all he can about his past… which isn’t much. When a gorgeous femme fatale asks him to protect her for the town’s drug baron, Clay gets more than he bargains for. Soon he is being chased by assassins with the power to travel through television signals, voodoo musicians, and hypnotized snake-vomiting strangers.

‘That metaphor’s a little too on the nose for me.’

Let’s break this thing down, starting with the 80’s nostalgia. Who doesn’t love the outfits, the hair, the attitude, the cassette-tape walkmans, VHS tapes, and giant CRT televisions? The 80’s provide more than just a temporal setting (be it a very speculative fiction version of the 80’s) but a colour palette. This really is playing up to the neon aesthetic of the time. It doesn’t stop with the generally neon-themed panels, the people in this world are as colourful as their surroundings: Clay is blue, Sandy is green, Bridgette is red. 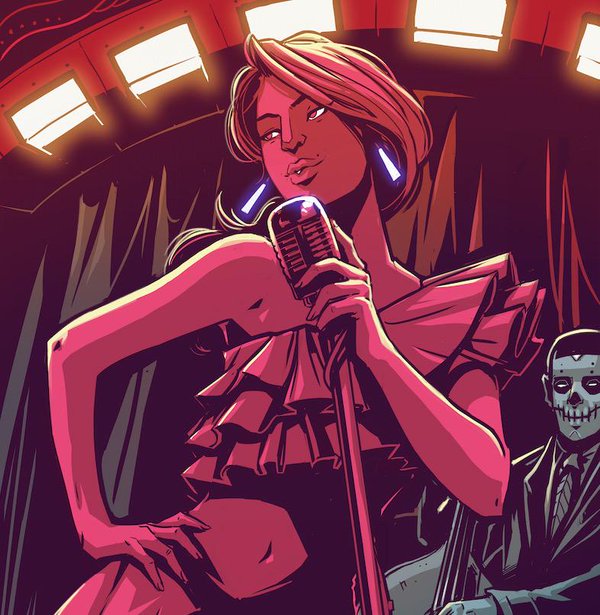 Voodoo, you say? To the max. It doesn’t even stop there. This crazy miniseries crams in more than one pantheon! Talk about an overachiever. There are spirits, an kind of underworld, manipulations of the mortal world, prayers and protestations, you name it. Sandy uses mixtapes to communicate to the Loa – the voodoo spirits she worships. Creating the perfect mix and dancing her heart out summons her friends from another realm. But messing with strange spirits will never be a straightforward affair…

If you’re new here, you might not know how much I love the noir genre. The genre has everything you could in a story – dark pasts, seedy sides of life, corruption, manipulation, doomed romances – as well as interesting angles and lighting. The latter works particularly well in noir comics, such as Fatale, something that the novels of the genre lack. The writers include all the standard noir tropes so that it could survive on those elements alone, but the addition of the supernatural element – voodoo, in this case (with Fatale it’s lovecraftian supernatural elements) – the noir element is pushed even further. 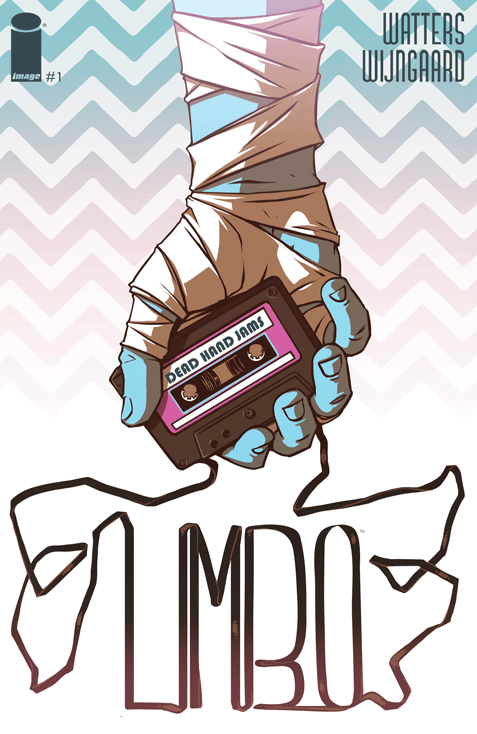 Like most noir, the characters are a little uni-dimensional. It didn’t bother me given the short nature of the miniseries and they had enough motivations fleshed out to have it all make sense and that’s more than you can say about a lot of stories (comics, TV, film, novels) these days. Each of the characters are slight twists on the usual: the PI with the dark past can’t remember what that past is, the femme fatale is not only manipulating him but the entire world (in a way), and the crime is not really a crime at all.

‘You bastard. You do not get to do the shining-armour-self-sacrifice bit. Do you have any idea how patronizing that is?!’

I love a good comic miniseries. At times, they leave too many questions unanswered in case the writers decide they want to do a follow-up. If I liked the story, it’s great that they might pick it back up again in a few years while they are taking a siesta from other projects, but I like a self-contained story. Limbo is a great example of just how weird and wonderful you can go while still keeping it self-contained. And while the story is wrapped up nicely, there are places to go from there if Wijngaard and Watters ever felt like it. Though I have to say I’d prefer to see a prequel miniseries going into the world of the teleshaman and exploring his powers a bit more – that was just damn fun.

‘Is identity intrinsic, environmental… or just an illusion?’ 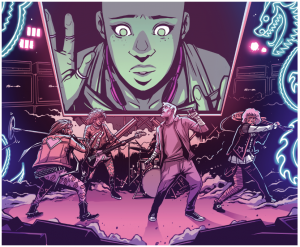 Verdict: Thoroughly enjoyable ‘neon-noir’ tale exploring what makes a person who they are amongst retro-voodoo trappings. I sincerely hope Image Comics continue their impressive run of excellent creator-owned comics.

Limbo is out now from Image Comics.

Previous: How to write an action blockbuster according to Independence Day
Next: The X-Men Franchise: Origins