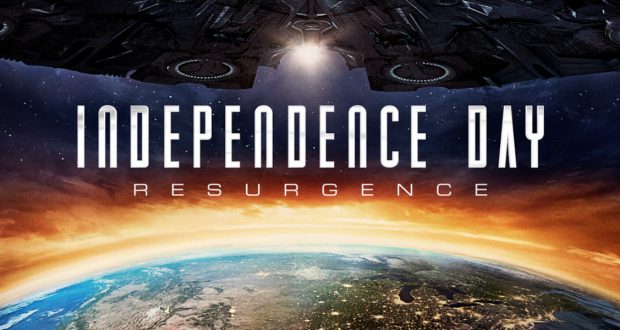 If you’re a big fan of the original film, Independence Day: Resurgence, will probably keep you amused for two hours. It is fun, stupid, and overblown. There are pointless scenes, terrible dialogue, and questionable (at best) character motivations. But hey, this is a Roland Emmerich disaster movie. This is about crazy effect, big battles, and lots of explosions, right? If you want the standard blow ‘em up shenanigans with a bit of humour thrown in, this might be just the thing for you.

Twenty years after aliens first attacked Earth, the world as we know it has changed a great deal. Humanity’s technology has advanced considerably, using scientific know-how to hack the alien tech. While the world might celebrate President Whitworth for saving the world, he and the other world leaders knew better – the aliens would be back. The last two decades were spent preparing, but the aliens have also used that time to increase their strength. Can the humans beat the aliens once again?

We always knew they’d come back 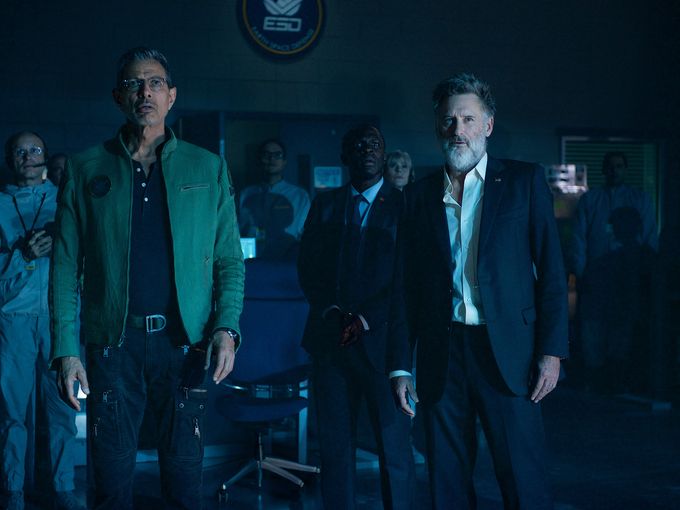 It was inevitable that we’d get a sequel to the enormously popular 1996 action blockbuster, Independence Day. With Hollywood’s current nostalgia obsession with rebooting and reviving old properties, combined with a complete lack of imagination, I’m honestly surprised it took this long. So much for Emmerich’s protestations that the story required him to wait 20 years – sure, the story is meant to represent a large gap in time but we are dealing with a fictional universe here, he didn’t really need to wait so long. This cynic here is fairly certain he got fed up with being unable to recapture his early successes, so headed back to them in an attempt to rekindle the flame. And what’s that? He’s now rebooting his other successful film Stargate as well? Go figure!

What worked with the first Independence Day over many other disaster films was the humour at its core. It was stupid and it knew it, walking a fine line between comedy drama and outright spoof. Resurgence doesn’t manage this nearly so well. There’s still an element of humour, but they feel completely out of whack with the majority of the film while still never being funny enough to lift it out of the ordinary humdrum of serious action blockbusters. Jeff Golbum and Judd Hirsch steal the show with their comedic time and great stage presence, while Brent Spiner’s overwrought, bizarre performance relies mostly on physical comedy to make it work. The film is too serious to be ridiculously silly but not serious enough to rely solely on the drama. It simply doesn’t work.

We never had a chance 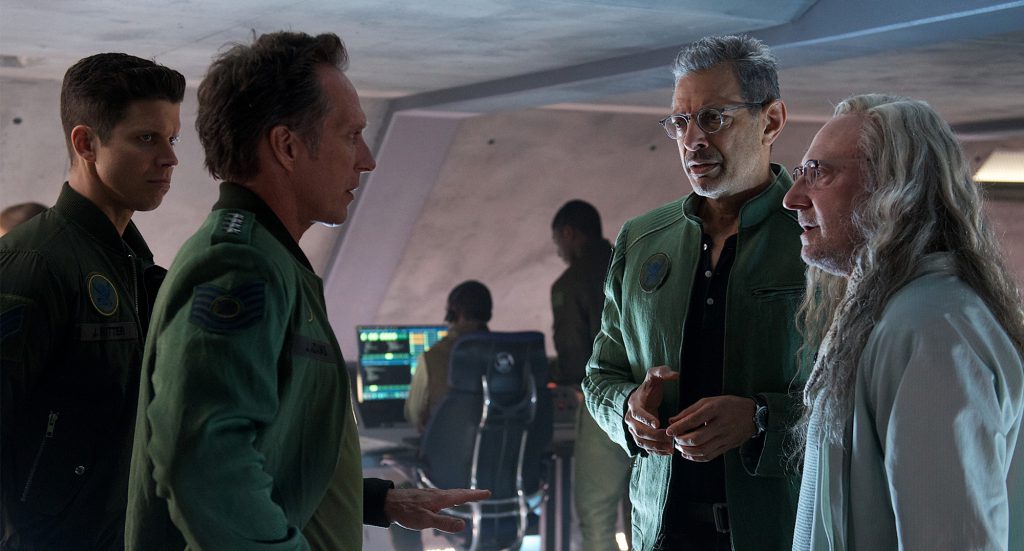 Resurgence stinks of multiple rewrites. When the credits role and you see all those writers’ names appear, you will nod knowingly. It’s easy to see how it might have been different if Will Smith had come back and the hatchet job they did with his film son and wife (stripper turned nurse) could have been avoided. But this is the film we were given. The character of Chinese superpilot Rain Lao (Angelbaby) feels like the studio’s attempt to pander to the lucrative Chinese market – though they give her absolutely nothing to do. Overall, the film tries too hard to get in enough nods to the first film.

The mish-mash of a cast is jarring as well. While Jeff Goldblum is the greatest creature to walk the Earth and should be in, well, EVERYTHING, the others don’t hold their weight. Liam Hemsworth is fairly charismatic, but his character is so stereotypical it’s hard for him to do much with it. Jessie T Usher, who plays Dylan Hiller, has no screen presence whatsoever. He was so dull I struggled to remember who he was from scene to scene. Meanwhile the potentially interesting character of Patricia Whitmore (Maika Monroe), daughter of Bill Pullman’s original president (and portrayed by Mae Whitman in the first film), is made into a pathetic character – trying to keep her father down, overly emotional, and a supposedly excellent fighter. Monroe was excellent in The Guest, and though I’ve not yet seen it, I’ve heard good things about her turn in It Follows. But in Resurgence, she spends the bulk of it flashing doe eyes at the screen, hoping her men come back alive. 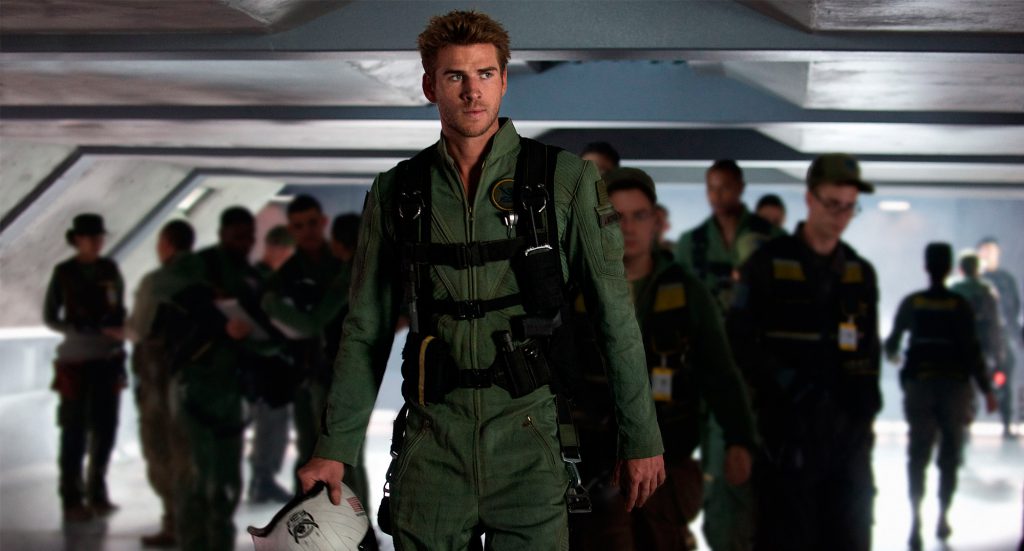 The sprawling, unfocused narrative of the first film only worked off the charisma of the characters leading the various plot threads. Without that, Resurgence feels like a great limping beast, moving from one bland character to another, never managing to get the audience truly involved. To make matters worse, the film uses a terribly clichéd scifi trope to set-up potential sequels in what is the worst last few minutes of a film I’ve possibly ever seen. Please, no more sequels. That was painful to watch.

Verdict: How much do you love overblown, ridiculous, and bland films? If you love them, Independence Day: Resurgence will be a real treat.

Previous: The X-Men Franchise: Origins
Next: Embrace of the Serpent