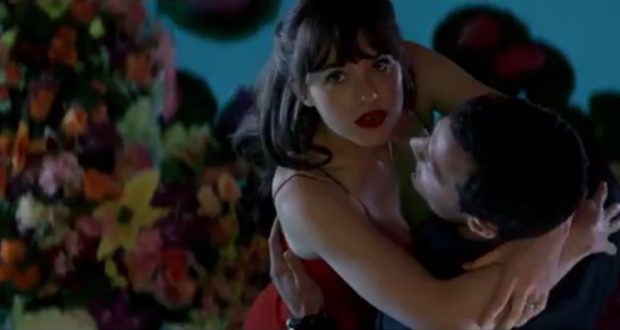 Fifty Shades Darker went precisely 0 seconds without making a stupid and poorly-judged decision. Look, I know this film was always going to be loathsome, boring and crass but even plenty of bad films can at least wait for the end of the opening credits to hit the fan. I’ll say this in its favour, Darker wastes far less time than its predecessor and gets right into displaying its terrible qualities. So whereas the first film can be likened to a brutal case of constipation, the sequel is more reminiscent of an unwanted enema. 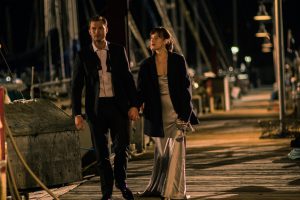 I suppose you want me to be a little more analytical than just comparing the film to bowel movements? Fine. The plot is non-existent. Flitting inelegantly between inconsequential scenes, setting up two ‘arcs’ which are forgotten about for most of the film and resolved the moment they are raised again, the film then settles upon the dumbest sequence I have seen committed to screen in some time which can simply be dubbed ‘the surprise helicopter crash with no purpose’. If I did not have utter certainty that this ‘story’ was constructed by someone with the intellect of a pigeon-with-a-history-of-substance-abuse, I could well believe this was experimental Dada film-making.

It’s hard to know what to hate the most. Anyone with a love of the craft will despise this entity but I think, for me, the most loathsome aspect is still the conservative, judgemental, disdainful, and hypocritical view of BDSM. This series is predicated on the appeal of kinky sex and yet spends the entire runtime repudiating and judging the main character for wanting to pursue this lifestyle. It’s a fanatical mantra here that Christian must be fixed, he’s wrong in the head, he’s sick. Yet the creator wants you to gawp at this ‘freakish’ behaviour then capitulate to unwavering faith in the sacrosanct heteronormative union of a vanilla marriage. It’s dishonest and reeks of the twisted ethos of corrective sexual therapy.

I’ve been more aroused looking at a magnolia tiled floor 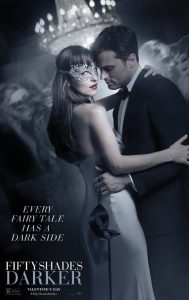 I’m not saying anything new here. Anyone with a passing knowledge of the books (and I use that term very loosely) knows that EL James has rightly garnered criticism for being anti-feminist, for misrepresenting and exploiting the BDSM lifestyle which she knows nothing about, for awful prose and vacuous dialogue, for casting sexuality as crass consumerism, for mishandling sensitive subject matter like child abuse to serve as nonsensical back-story for her trashy clit lit, the list goes on… It translates to the big screen in all its horror. In that sense, we have a great example of cinematic adaptation: a film as unwatchable as its source is unreadable.

I don’t think I understand the intended audience for this film. If you want to be aroused, you wouldn’t enjoy this because it is unsensational. The big innovation in this new one (which still does not earn its 18 certificate: what are they paying you BBFC?) is that Christian has – GASP! – discovered cunnilingus. But don’t let that sentence fool you into thinking there is graphic nudity or the slightest hint of pudenda in Fifty Shades Darker. Our leads might as well be store mannequins because there’s nothing happening below the waist in detail. No, despite the suggestion of kink in the advertising, this outing is tame and unadventurous. The sex scenes are brief and serve only to break up segments of things not happening. This is what I don’t understand: the sex scenes are surely the key appeal but they are boring and inexplicit asides in a banal story. Who wants to see this? Why are you watching? Stop giving these people your money! For God’s sake just STOP!

Verdict: I did not like it. Is anyone surprised? You’d need a lobotomy to enjoy this formless turd.

Previous: Toni Erdmann: Don’t lose the humour
Next: Hidden Figures: Here at NASA we all pee the same colour