Home / Reviews / GLOW: We will be invincible! 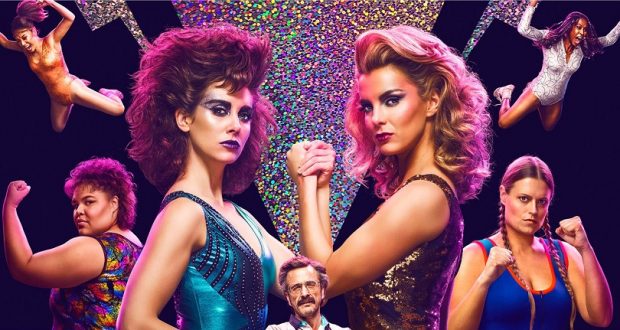 GLOW: We will be invincible!

The new female-centric Netflix show, GLOW, is very loosely inspired by the actual women’s wrestling league of the 1980’s, Gorgeous Ladies of Wrestling. But beyond the idea of doing such a show, very little else in the series takes its cue from real life. What Liz Flahive and Carly Mensch have created is very special – a show that isn’t afraid to use satire to tackle the complexities of the feminist movement.

From the very first scene, audiences know exactly what this show is about. Struggling actress Ruth Wilder (played by the always brilliant Alison Brie) delivers a powerful performance for an audition – but she’s read the man’s part. The woman’s part is far less meaty, only one line in total. Ruth has no money and no job, she gets lots of auditions but discovers that she’s just there to make directors realise ‘what they don’t want.’ 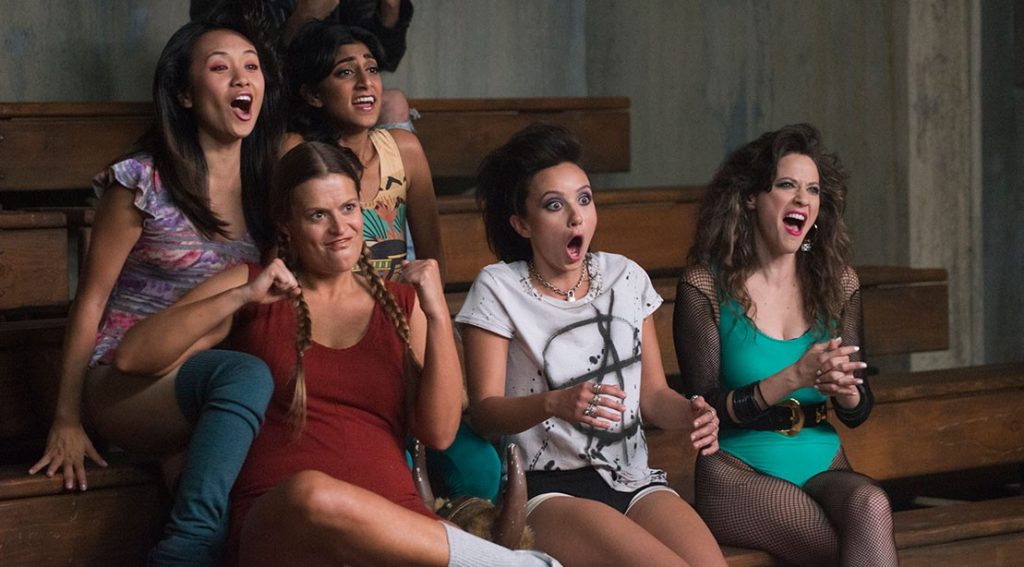 GLOW becomes a celebration of women’s diversity, of how weird and wonderful we all are. While each of the characters adopted by the wrestlers is an overblown stereotype, they are developed by the women and reflect something of who they are. Even when the characters are falling into damning stereotypes (as their wrestling personas), those stereotypes are used as commentary rather than simply perpetuating damaging social myths. As the show within the show’s director says, the girls are ‘wrestling with their own female stereotypes, metaphorically.’

‘Did I say cunt punches?’

In lesser hands, GLOW would not have worked. It treads a thin line between leaning into stereotypes and satirizing them, and depends on the audience to be clever enough to understand the difference. But this is a refreshing take on things. Most TV, though admittedly happening less often these days, talks down to its viewers. But like Gilmore Girls, GLOW expects the audience to keep up. 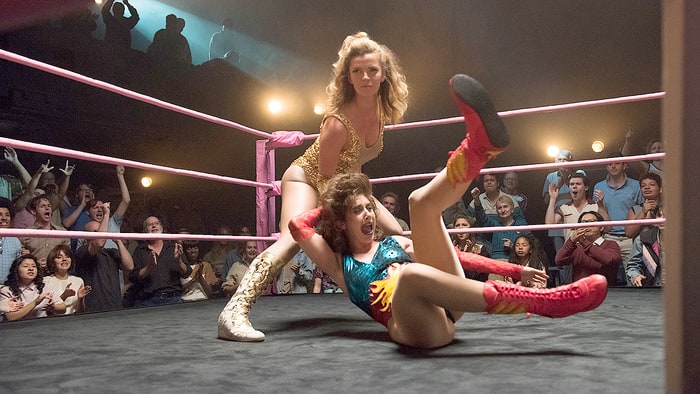 The setting is used to perfection, with appropriate nods to the time without becoming overly saccharine in its nostalgia. I’d love to see a millennial watch the show – what do they think of the VHS tapes, the dating by recorded video interview, the lack of mobile phones and internet? There are some particularly whimsical 80s nods, such as Bash’s robot and the hair and fashion in general, supported by a killer soundtrack.

What is most interesting, however, is not the show’s use of physical props that fit with its temporal setting but the aftermath of the Women’s Lib movement of the 70’s and the continuing racial prejudices. Ruth’s foil, in the shape of good girl Debbie (Betty Gilpin), decides not to bother pushing against the glass ceiling and instead opts for a life as a stay at home mother. Cherry (Sydelle Noel), on the other hand, is all about going against the grain and overcoming the prejudices against her gender and race. Every one of the women is reacting to their situation in very different – and real – ways. Women might have been enjoying more rights and nominally better treatment, but society doesn’t change overnight.

GLOW also succeeds in walking the difficult line between comedy and drama without feeling as though the tone is shifting so often that it is incoherent. It moves from absurdist satire to deeply moving and emotionally heavy content without so much as blinking. Some of the drama is as over the top as the soap opera-like content of the wrestling matches, and yet it never feels overblown. You feel for these characters and what they endure. 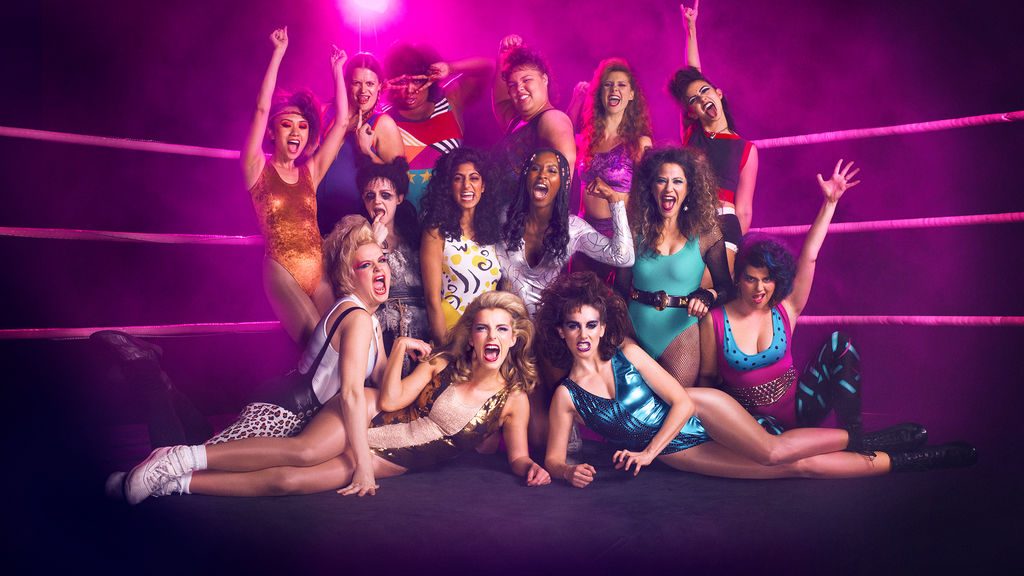 The show is about embracing who you are, no matter how ‘odd’ those around you think you are. If you want to live 24/7 as a ‘she-wolf’, do it; if you love soap operas, embrace it; if you are as selfish and promiscuous as you first appear, don’t be ashamed! We are all oddballs and outcasts in one way or another so it is easy to appreciate this approach, and the show presents a genuinely kind representation of its diverse cast of characters.

I was very happy to see such diverse representation amongst the actors: from the traditional Hollywood beauties to including women of different colours and body types. On top of that, each of the actors brings their character to life as someone fully realised. These characters are all distinct, with clear motivations and lives of their own. Some of the standouts include Britney Young’s Carmen, Kia Stevens’ Welfare Queen, Sunita Mani’s Arthie. And possibly my favourite thing about the show is that romance is not a central piece – the show is all about these women, their lives, and their relationships with one another.

Verdict: This a brilliant series with laughs and emotional hits. Make your hair big, put on some brightly-coloured lycra, and enjoy the spectacle… oh, and feel empowered as hell while you do.