Home / Film / Maleficent: Before the sun sets on her sixteenth birthday… 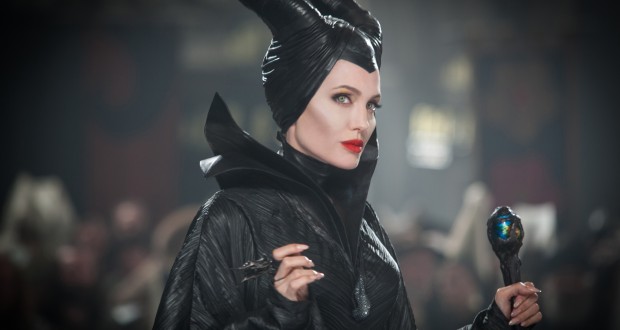 Maleficent is a badass. There’s no two ways about it. She is one of the best baddies in the Disney animated classics archive: her voice, her look, her powers, everything about her is brilliant. What a legend. It’s no surprise that the studio decided to make a live action film centered on her rather than Aurora. But how do you go about making a new children’s film with such an epic villain as the main protagonist? Maleficent is an admirable effort – engaging, dark, and beautifully shot, but it isn’t perfect. 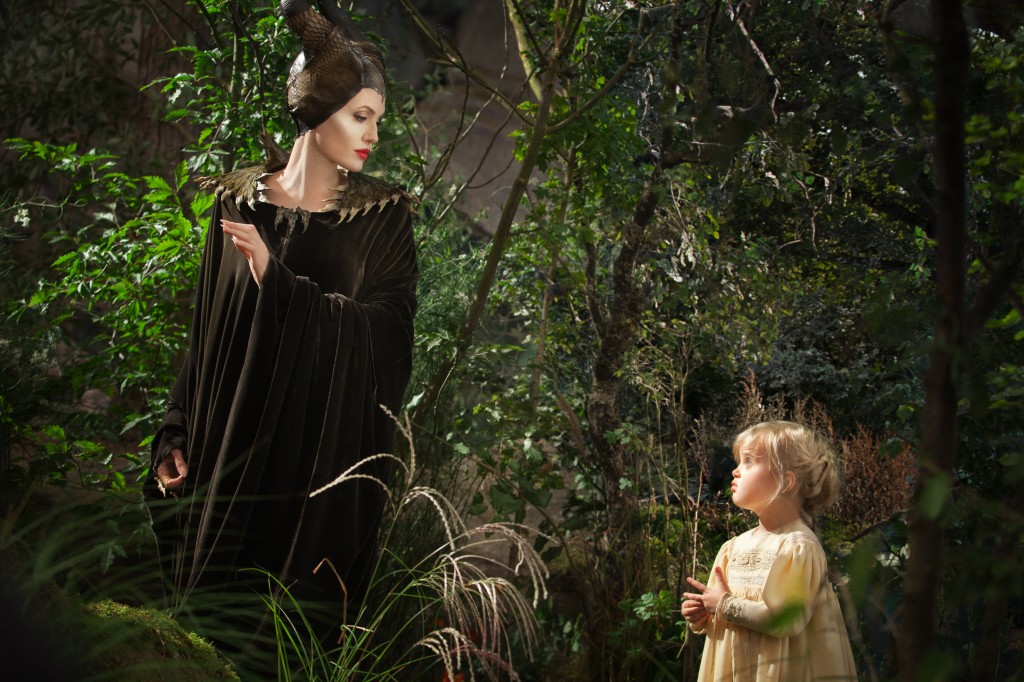 Maleficent (Angelina Jolie) is a sweet, young faerie living peacefully amongst her kind in the moors. A chance meeting with a human boy, Stefan (Sharlto Copley), leads to an unlikely friendship that gradually, as these things go, into something more. Over the years, Maleficent grows to be the most powerful of all faerie kind. When the humans attack the moors, Maleficent leads the defensive battle and mortally wounds the King in the process.

The King swears that whoever is able to exact revenge on Maleficent will be named his successor to the crown. Stefan’s desire for social escalation leads him to betray Maleficent, drugging her and cutting off her wings while she sleeps. Violated and alone, Maleficent vows her own vengeance. With the help of her crown, Diaval (Sam Riley), she keeps tabs on the new King. When the King’s daughter is born, Maleficent finds the perfect opportunity and curses Aurora (Elle Fanning).

Adaptations and new points of view

Adaptations are difficult enough without changing the point of view and roles of the main characters. Where Maleficent falters most is when it tries to stick closely to the original plot of Sleeping Beauty. The first act is brilliant, dark and full of characterization for the eponymous villain. But once the curse is laid down, the film flounders. It has nothing to do for the middle act but follow the original story (with a few minor changes – such as Maleficent being an ever present part of Aurora’s life). 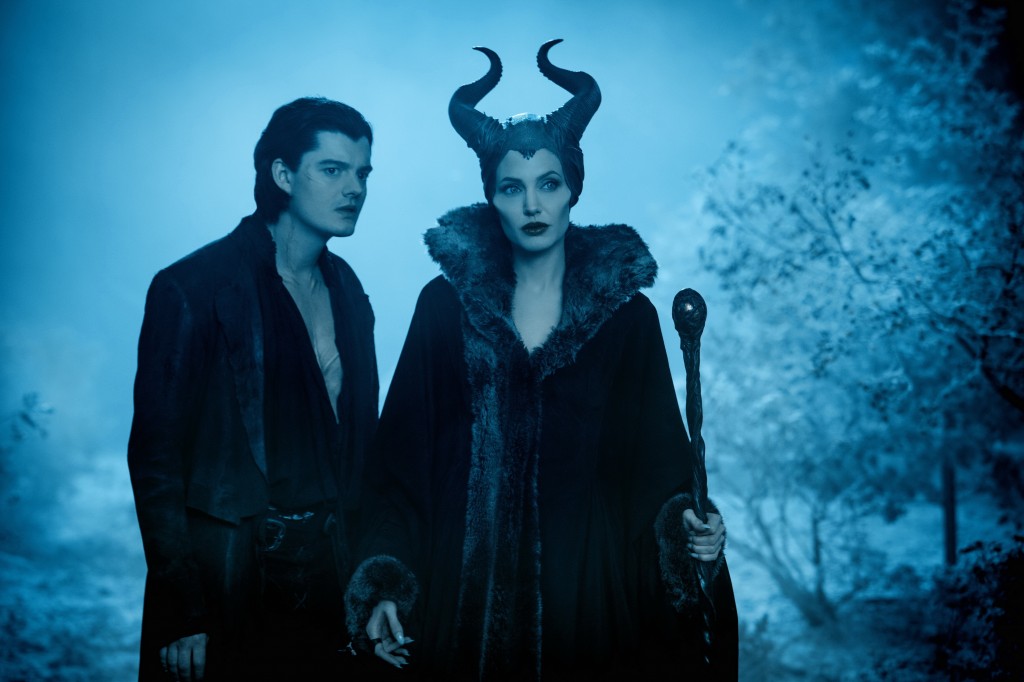 When the film finds its own story again it revives. It is important to note that Maleficent is neither hero nor villain, she is both. And her ‘shift’ does make sense. Sure, I would have preferred her not to soften, to carry on with her vengeance path, but I’m like that (and I have to remind myself that it is a kids film after all). But what is important to note is that in the final act, both Maleficent and Aurora are given an agency that is missing in both the middle of the film and the original story of Sleeping Beauty. Both women choose their own path, and those paths do not depend on men.

Having said that, the dark path that Maleficent walks down is a result of a man’s actions, something akin to rape. It is an absolute violation. He drugs her and takes her wings. This dark metaphor is interesting territory for a kids film, but then again, the metaphorical aspects would likely be lost on children while still imparting an important message. 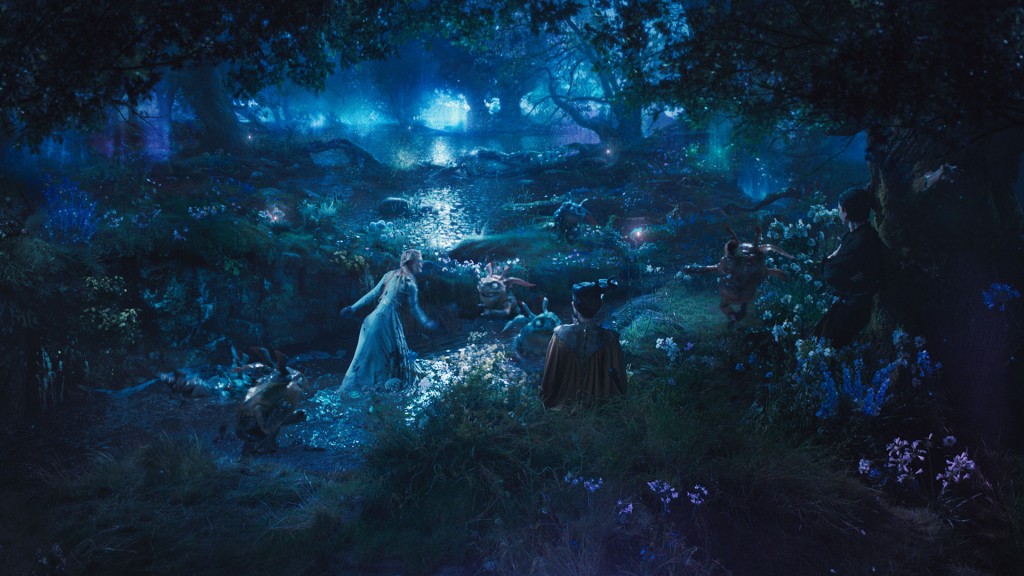 The visual design on this film is stunning, for both locations and characters. The moors are spectacular, especially once the dark Maleficent takes hold. The glittering lights of the faeries stand out beautifully against the harsh backdrop. Meanwhile, the creature design is spectacular. I admit that I would have preferred to see them as puppets rather than CGI, something akin to The Dark Crystal, but they were fantastic nonetheless. I especially loved the guard creatures that were part tree, part root system.

The change in Maleficent is also reflected in the character’s design. The horns she has, so easily recognizable and with connotations to villainy, are expertly included in the visual design of her younger, pure self. Despite the horns, we do believe that she is not inherently evil or that her appearance decides who she is. She can be beautiful and have horns. Her outfits and the ‘crown’ she adopts after her transformation are dark and heavy. The crown hides her hair, so that there is nothing soft and flowing about her anymore.

Angelina Jolie was born to play the part of Maleficent (with a little help from added fake cheekbones). She works as both the villain and hero – you believe that she is equally both. Her sidekick for much of the film is Diaval, played by Sam Riley. He was also brilliant. I’ve not seen him in much, but I loved him in Control (2007). The characterization for his character was subtle yet powerful, and I enjoyed his horror at being turned into a dog, along with the heart and comedy he brought to some of the darker moments. 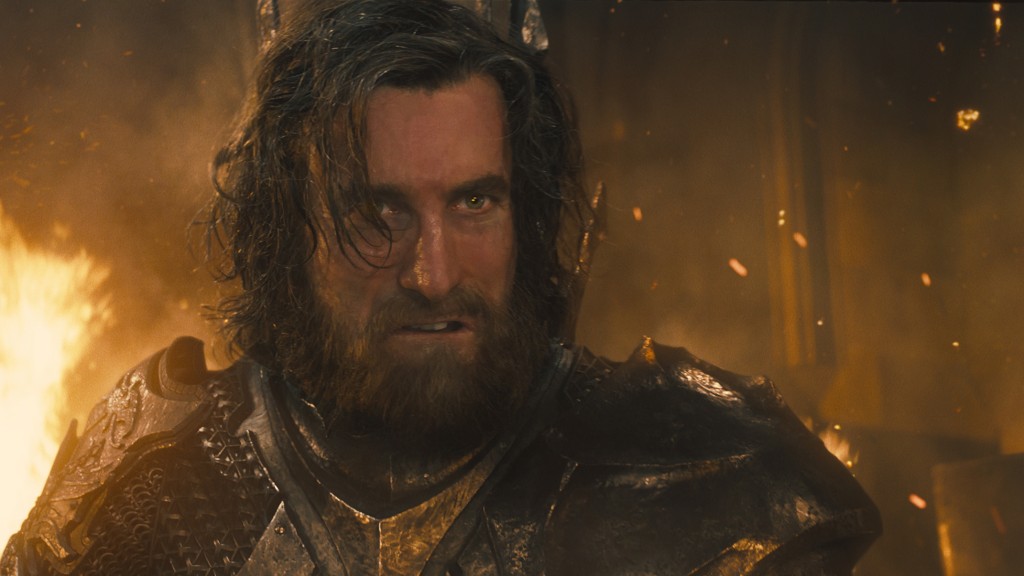 Less well done was Stefan. Sharlto Copley is, of course, excellent. The man does mad and evil better than anyone else. However, he is given no real motivations for his actions as a character. He disappears from Maleficent a lot and we are meant to somehow believe that it is simply greed that makes him behave the way he does? That doesn’t make sense! Give us something more! While fleshing out the traditional villain, they created a new one without thought to his own motivations.

Flittle, Knotgrass, and Thistlewit are played by Lesley Manville, Imedla Staunton, and Juno Temple – all fabulous actresses. But their pixie characters are infuriatingly irritating. They are given one dimension only – that they are silly and bicker a lot. By the third or fourth scene they are in, we well and truly know the shtick, and yet we are forced to sit through it yet again. Elle Fanning is pretty and sweet as Aurora, but fairly bland. I’m not sure I understand why I – and the entire kingdom – are supposed to instantly love her. 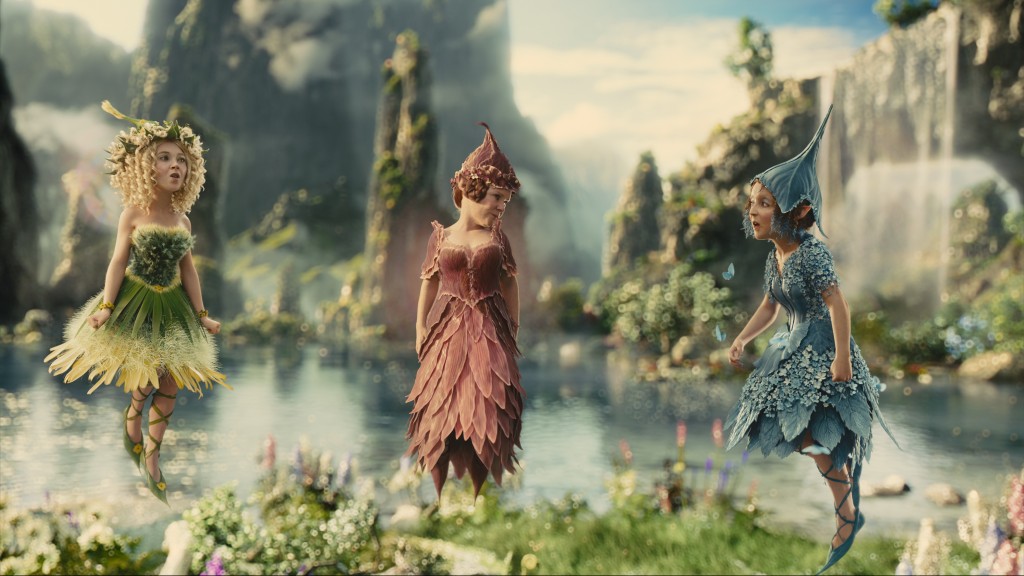 The surprise comes from the very small part of Philip, played by Australian Brenton Thwaites (who is also going to be playing Jonas in The Giver, which I’m more than a little bit excited for). The character appears briefly, with little to do. While Thwaites does admirably, it is more what the writers chose to do with the character that makes his appearance so interesting. Aurora is in a deep, mystical sleep and yet Prince Philip, in the traditional story, has coolly approached her and kissed her like it was the normal thing to do. But hey, newsflash, it’s not really cool to mack on a girl who can’t say no – that would be taking advantage of a young lady! Thankfully, Philip (yes, the boy!) acknowledges this and is uncomfortable with the idea of kissing the sleeping Aurora. With bullying from the pixies, he eventually gives in. But it is nice to see Disney point out that boys shouldn’t go around kissing pretty unconscious girls.

Verdict: I did enjoy this film, however, it is a shame about the middle act. The beginning and the end are powerful, interesting, and entertaining. Visually, the film is stunning. It is just disappointing when it could potentially have been so much more. Still, worth a watch.

Previous: Edge of Tomorrow: Live. Die. Repeat.
Next: Making a living as a writer: Things to think about