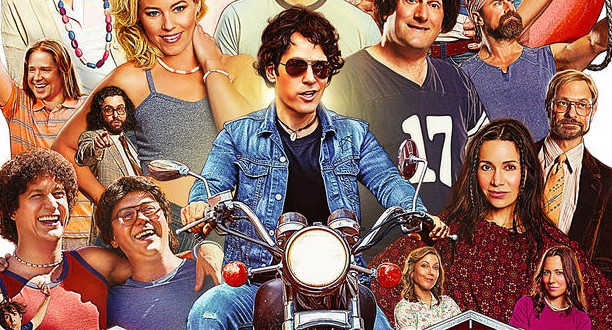 Damn you, Netflix and your auto play of the next episode. For those of us who had an inclination for binge watching TV, once we get Netflix, we are doomed, metaphorically chained to our sofa’s forever more. I had never seen David Wain’s original 2001 cult comedy film Wet Hot American Summer but kept hearing about the new Netflix series. And with a cast like that, of course I was interested. Apologies if this is one of those instances where it is blasphemous to watch the prequel first (and I know that exists, people who watch Star Wars in episode order rather than production order are HEATHENS!!!!). I did watch the series first and then the film immediately after (thanks again Netflix!). 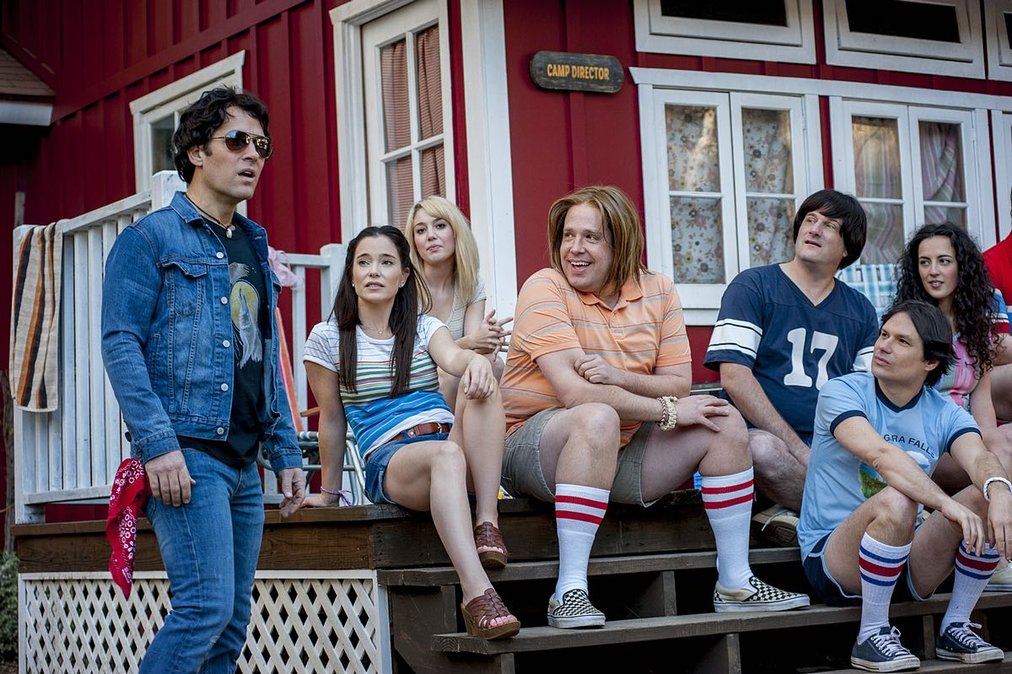 Not a Box Office hit, Wet Hot American Summer went on to become a cult favourite. Like many of these weird and wonderful experiments, the film was often misunderstood – people took it as a film with poor production values with stereotypical characters and unrealistic situations without realizing that was entirely the point. Since the film, writer and director David Wain has been trying to get a prequel made. 14 years later Netflix finally gave him that opportunity.

The series – and film – follows the lives of the teenagers both attending and running Camp Firewood in the summer of 1981. The two pieces of Wain’s world are bookends to the summer, the first day of camp (the Netflix series) and the final day (the film), being both hopeful and bittersweet. Wain builds upon the idealized views of teens and what they want their summer to be before he rips those dreams to shreds in favour of giving us a stark view of reality – the pretty girl is going to go for the hot asshole at aged 16 or 13 and the image people present of themselves isn’t always the truth.

‘I’m gonna fart my way into that snatch, just you watch.’ 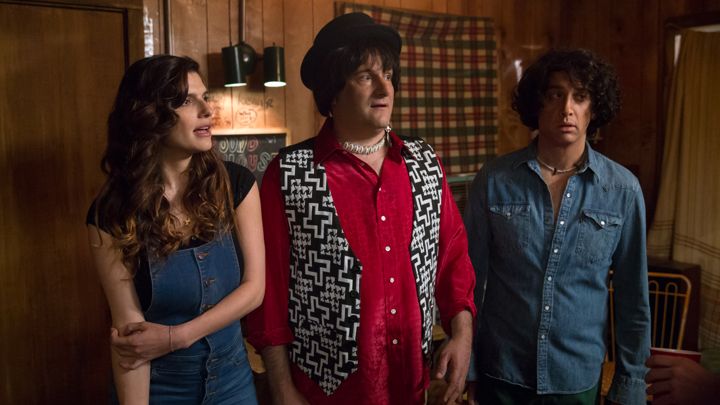 For me, the series worked much better than the film. For one, you get a full 4 hours to develop a relationship with these characters over the mere 1.5 hours of the film’s run time. But for the most part, the series takes the ridiculousness of the film and turns the dial up to 11.

For those of you who have watched Garth Marenghi’s Darkplace, you will appreciate a comedy series that sends up poor production values while also sending up the subject matter as well. This is exactly what Wet Hot American Summer sets out to do, but the series takes it to another level and finds utter joy in the lunacy. For instance, when Beth (Janeane Garofalo) and Greg (Jason Schwartzman) discover the toxic waste being dumped in the camp, the shots of them running towards the sludge are exaggeratedly choppy and obviously out of time/sequence. A similar piece of deliberately awful editing appears in the film where Neil (Joe Lo Truglio) is chasing Victor (Ken Marino) on a motorcycle – perspectives are skewed, time is slowed down and sped up, and a small bail of hay is the undoing of them all. This piece of overblown ridiculousness is one of the best moments of the film as it throws subtlety out the window completely. Subtlety works sometimes, but this franchise benefitted from embracing the outrageous with open arms. 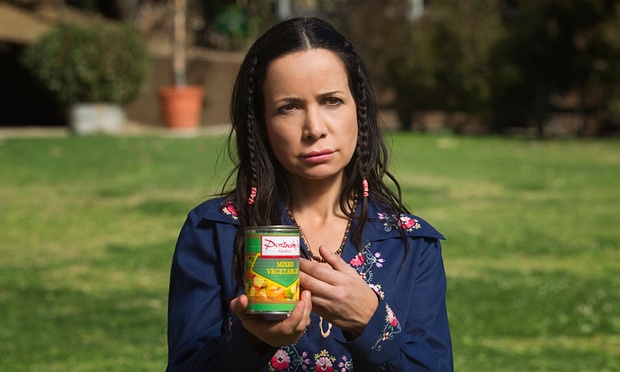 With the extra run time and upgraded lunacy levels, First Day of Camp brings in two excellent pieces that heighten threat levels and give the series a momentum that the film lacks: the rivalry with Camp Tigerwood and the conspiracy with the government. Bringing in the rivalries allows for the send-up of a lot of camp and other teen films that really works, while the government conspiracy adds to the total OTT-ness of the entire production. It’s silly, utterly ridiculous, and unbelievably fun. 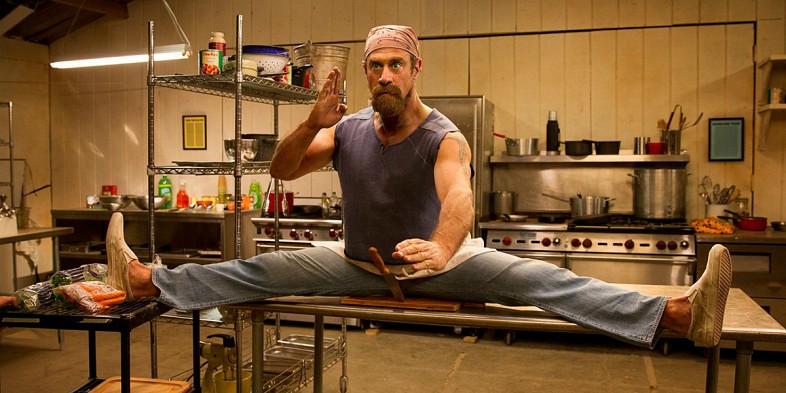 While wholeheartedly embracing the send-up nature of the comedy, Wet Hot American Summer still clings to an ideal at the heart of the stories it is poking fun at: be yourself. It is an entirely inclusive franchise, encouraging everyone to dance to the beat of their own drum. For Victor, that means coming clean about his status as a virgin, for Jonas/Gene (Christopher Meloni) it is about embracing those weird sexual desires he keeps muttering under his breath, and so on. And underpinning all of the disappointment, heartache, and general awfulness of teenagers is a sweet love story – that of Ben (Bradley Cooper) and McKinley (Michael Ian Black). The series follows the story of Ben realizing he is gay and finding love while the film explores their commitment to each other and terror of some of their friends finding out the truth and being unable to cope with it. Thankfully, Camp Firewood – like the themes explored in its franchise – is an open and loving place, and they accept everyone. 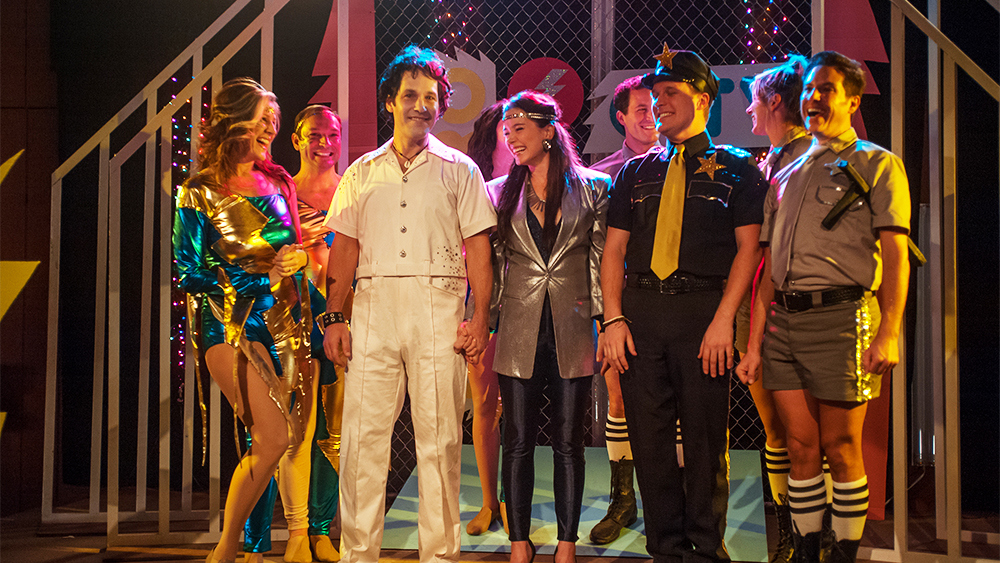 I’ve read some user reviews of both the series and the film that lambast the franchise, lamenting the lack of ‘realistic’ characters and scenarios. If that’s what you want – or expect – out of the franchise, you will be disappointed. The entire point of Wet Hot American Summer is to explore archetypes, stereotypes, and exaggerations. It is ludicrous. And as such, it is hilarious, heartwarming, and homoerotic. With Beth as the new camp director, you really will feel 15 years younger.

Previous: Bill Murray to appear in the Ghostbusters reboot
Next: The First Time: Why young people have unhealthy views of sex