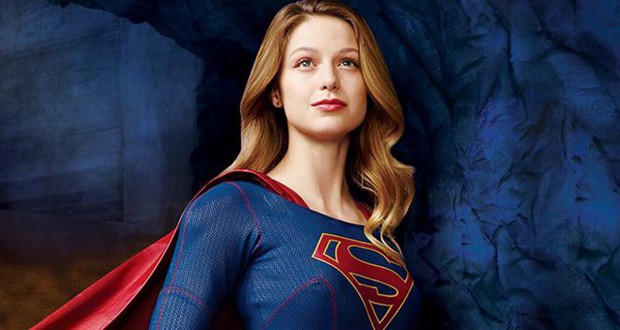 If you are already a fan of Arrow or The Flash, likelihood is you will have already started tuning in to watch CBS’s latest DC series, Supergirl. Thankfully, Supergirl embraces the silly rather than brooding in dark corners; the series is far more like The Flash than Arrow. For the most part, the cast is spot on (apart from the unbelievably cliché character of Winn, played by Jeremy Jordan) and there’s enough self-awareness to address the obvious without being insufferable. All in all, Supergirl is good fun with the potential for all the silliness that worked so well back in the 90s with Lois and Clark: The New Adventures of Superman. I’ll take silly of serious any day.

Supergirl follows Kara Danvers (Melissa Benoist), aka Kara Zor-El, cousin of the infamous Superman. Back on Krypton, before its untimely destruction, she was older than her cousin and sent to Earth to be his protector. Lingering a few extra moments behind her cousin means Kara is caught in the blast from the destruction of her planet. Time has stood still for Kara as her cousin grows into the superhero we all know. When she eventually does land on Earth, her role as protector is no longer needed. So what does she do instead? Kara tries to fit in and lead an ordinary life. The universe has other ideas, however, when Kara’s sister is in danger. It’s just the crisis needed to bring this super girl out of hiding. 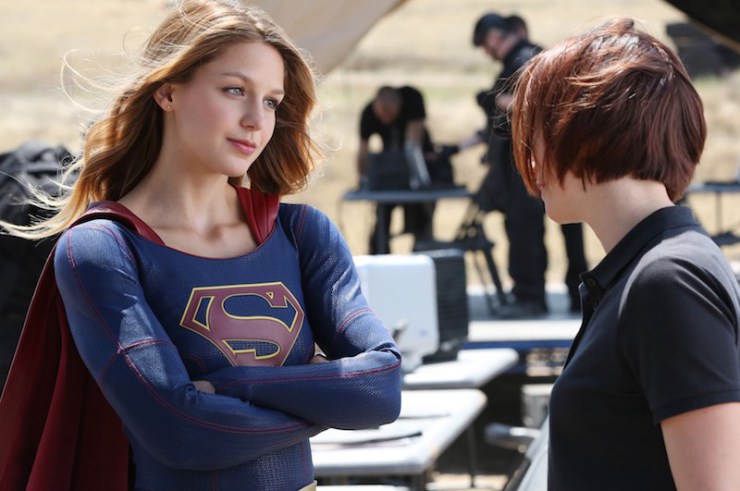 It’s no surprise that everyone is talking about the feminist aspect of Supergirl. Women having their own film/TV series/comic series are rarities, but does that mean they have to address that inequality? It’s great that there are nods to having ‘girl’ in the name instead of ‘woman’ (message: there’s nothing to be ashamed of in being a girl), and a number of instances where Kara is underestimated as a result of her gender. But on the other hand, why do we even need to do that? Yes, I know, we do live in a world of inequality and prejudice, but wouldn’t it be great to see a fictional world where people just accepted her – yet another superhero in a world already full of them?

The show’s real strength is the relationships it creates between its women, and the complexity it gives those characters. After all, women are people too, right? Why shouldn’t they have just as many personality foibles as a man? The relationship between Kara and her sister Alex (Chyler Leigh) is loving, competitive, supportive, and full of sibling frustrations. Meanwhile, Calista Flockhart’s bitchy CatCo executive is fabulous in its strength, take no prisoners approach while still being someone who commands respect as well as avoiding the cliché of being an entirely horrible boss – she does care about her staff (even if it doesn’t seem like it at first glance). 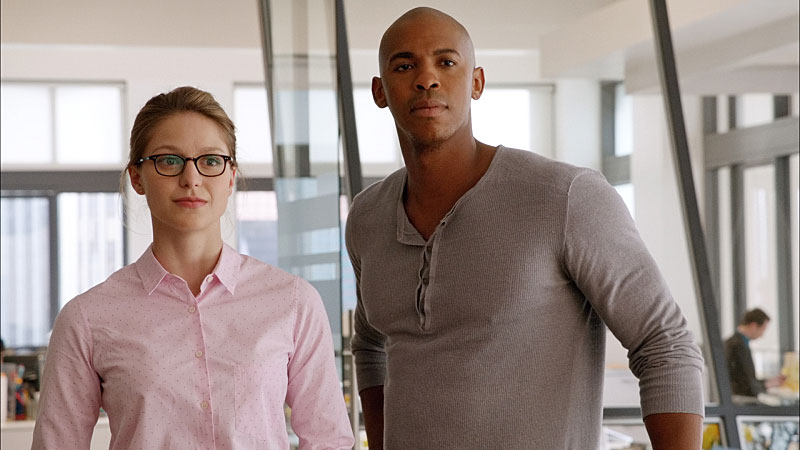 Supergirl is, of course, never going to be viewed in isolation. No one who goes into Supergirl will be unaware of her more famous cousin in his many different incarnations. This entrenched history has its benefits… playing Kara’s adoptive parents, we have Dean Cain (as in my favourite Clark Kent – I don’t care what anyone says, Lois and Clark was easily the best incarnation of Superman ever!) and Helen Slater (who played Supergirl back in 1984). There are also a number of nods to previous TV and film adventures for the DC characters, my favourite (unsurprisingly) is the ridiculous ‘designing the costume’ montage so reminiscent of Lois and Clark (though where’s the leopard print spandex that Clark tried?! Come on! That was glorious!). The series also imports a Superman classic – Jimmy Olsen. I’m glad they have. Mehcad Brooks is not only unbelievable eye candy, the character is brilliant – on his own merits and as a love interest for our heroine.

The potential downfall of the series is the same problem faced by many superhero tales – the balance of their powers against the baddies. Kryptonite is already well known as Superman’s weakness, but the main bad guys set up for the baddie-of-the-week this season are all from Krypton. As such, they have the same powers on Earth that Kara and Clark have. Matching up the same abilities, strengths, and weaknesses week after week could make for very dull, repetitive fights. Once Kara is in full command of her powers, the writers are going to have to come up with the goods to make for exciting fights and new ways to invoke threat for our titular character. There are threads to suggest a more Earthly bad guy in the long term (Hank Henshaw and Maxwell Lord), however, so hopefully this means that the writers have big things already planned for Kara’s future. 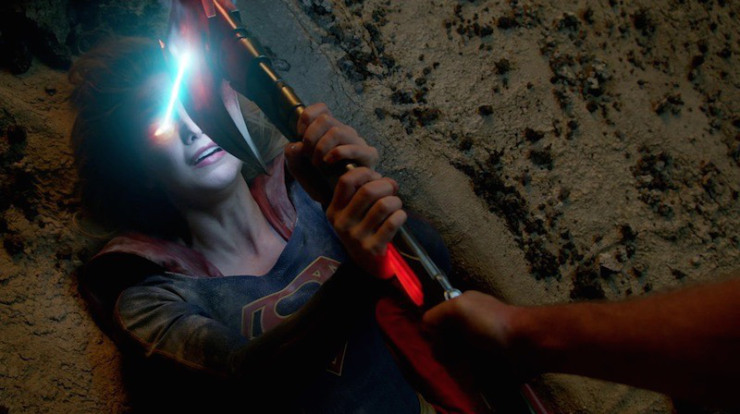 Verdict: Supergirl is silly and fun. It’s not all brilliant from the outset but it has a lot of potential to grow.

Previous: Spectre: The ghost of a story
Next: Measure for Measure