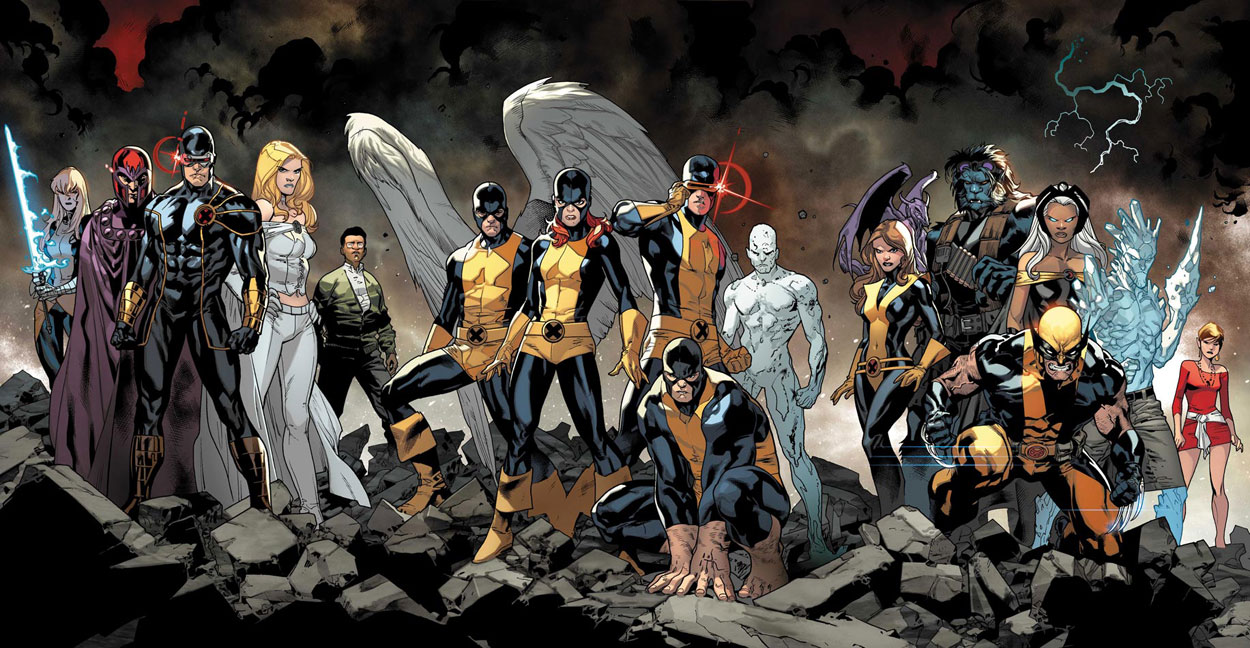 Many people I have talked to over the years, whether at the shop or in casual conversation, have been a testament to my fascination/obsession with Marvel. It could be any number of reasons as to why I have one (it could be that I lost my soul and need a Soapy style of comics). I mean due to the explosion of Marvel in the 1990’s, Marvel became a household name to many and kids everywhere enjoyed their cereal by staring at the television: Wolverine, Iron Man, Hulk, Fantastic Four and Spiderman. Those are just a list of cartoons that helped bring a new age to comic books; again, probably the reason for the obsession.

It is impressive how the comic company is so similar to Hollywood (more so than just the movie part). The big two (as I like to call them), DC and Marvel, seem to tie in massive story arcs/crossovers that span over a certain timeline. I like to call those moments; Blockbuster Season. It usually happens roughly twice a year, sometimes crossing over depending on the size of the crossover. 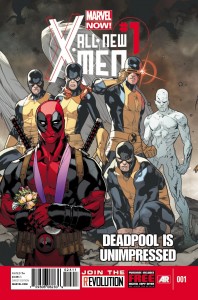 I would love to mention both companies, but I will stick to just Marvel for the sake of avoiding rambling. I do like to be productive, every once in a while; at least I try to be. Summer of 2012, Marvel exploded with a diarrhea of crossovers that intertwined a series that was over twelve issues long plus a short series of six more books. Regardless of how popular or unpopular Avengers vs. X-Men was, the Marvel Now is the spawn that flowered into what I believe stands competitively close to DC’s New 52.

One of the more anticipated is the newest title that Marvel added to their repertoire, All New X-Men (or at least for me, it was). Currently there are 10 issues (as of April 3, 2013), not everyone is as happy as I am that they are pushing this title out bi-monthly, but I’ve noticed that with key titles, Marvel loves to push out as much as they can to, well, hook you. Can you tell if I’m the dangling fish? 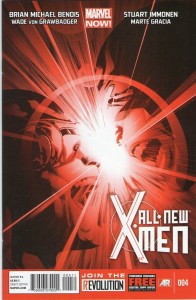 Marvel doesn’t know how to NOT go out. If I remember correctly, there was an explosion of covers for one of its gnarly #1‘s that took shelves roughly 6 months ago. I have my favorite covers, but anticipation of high volume variants makes it hard to be impressed. So maybe Deadpool had it right?

I have to respectfully disagree.

Issue one brings Beast to an understanding that he was having a second mutation, which was causing him to die. After a snarky comment from Iceman, Beast takes it upon himself to bring the original X-Men to the future time to show Scott Summers (Cyclops) that maybe his crusade was one that may need a new direction (check out Uncanny X-Men for that story!). Knowing Beast, his success was justified? I have yet to decide, but I am thankful for something different yet similar. For those who don’t know, the X-Men universe loves to flow in and out of time (see Age of Apocalypse, Cable, etc). 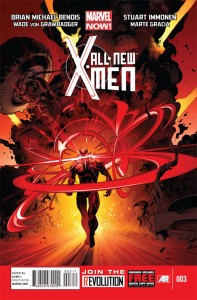 Can anyone truly tell me how many times Jean Grey has made a comeback? Well technically she’s still dead, but she’s back! As are the previous X-Men! Brian Bendis, Stuart Immonen, Wade von Grawbadger, and Marte Gracia are a terrific team able to push out relatively decent and consistent art quality that leaves the story pushing through twice a month!

As the story continues, the important factor that I’m still curious about is the effects that may linger. I mean Jean Grey has developed her telepathy earlier than she was supposed to (poor Angel!). As for the rest of the team, Angel seems to be the only one who doesn’t want to change the present. I wonder if Marty McFly ever had such a dilemma. I feel that there are a lot of avenues that the other X-Men could explore (ie. Iceman getting his power amped (UXM 311) and Angel (Fall of the Mutants)). 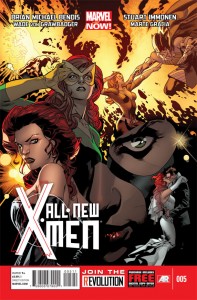 The story flows smoothly as a major title, it weakens around issue seven due to a more solo explore on behalf of the past Cyclops, but necessary for other characters in the universe (ie. Mystique) to notice that past X-Men are in the current time (see below).

However, issue eight brings in the Avengers and well my excitement just rattled. Especially with last summer’s blockbuster run (did you see the sarcasm?) (AvX 2012).

Unfortunately for those who may not have a comic shop near them, these comics haven’t been collected in a trade format. Each issue runs about US $3.99 with digital versions included. Can’t wait to read issue ten to find out what happens next (see, they hooked me).

As a note, there has been an upsurge of desire from comic fans and non-comic fans- Baby variants, or more specifically Skotty Young’s cover art for each of Marvel Now’s #1. I can see the desire, for more SY’s work, check out the OZ universe! 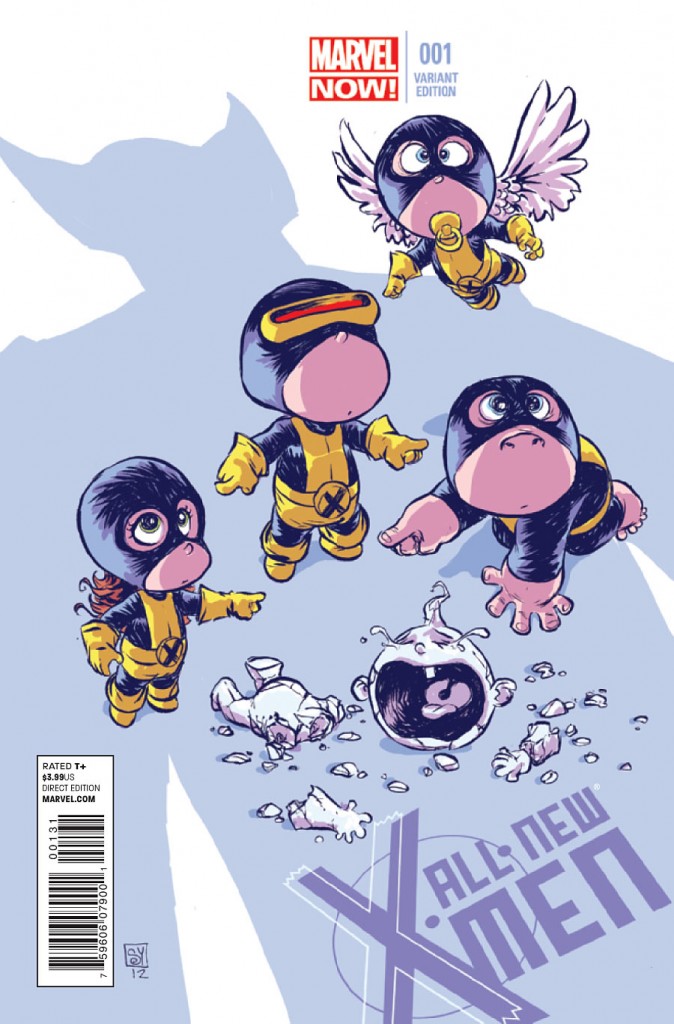