Home / Comics/Graphic Novels / 4 Comics to Check Out This Summer

The world of monthly comic books can be pretty overwhelming. But don’t worry, I’m here to help thin the herd. Here’s a couple of new series to look out for this summer.

An almighty smackdown between all three iterations of the Justice League, DC’s first big summer event since the inception of the New 52 also picks up story threads involving the Trinity of Sin that have been dangling for almost two years now.

DC have been busy seeding this event since the start of the New 52 (perhaps even since before Flashpoint, if Geoff Johns is to be believed), and it’s shaping up to be pretty exciting stuff.  The story centres around the Trinity of Sin – Pandora, Phantom Stranger and the Question – and promises to have universe-altering repercussions.  DC managed to scramble to the top of the comic book pile when they reset their entire universe with the New 52, but the position was quickly usurped by Marvel once again.  While DC is still putting out some outstanding titles, the line is starting to feel a little stale and rigid – like week-old bread.  Trinity War and whatever comes out of it could be the shot in the arm that the DC universe needs. 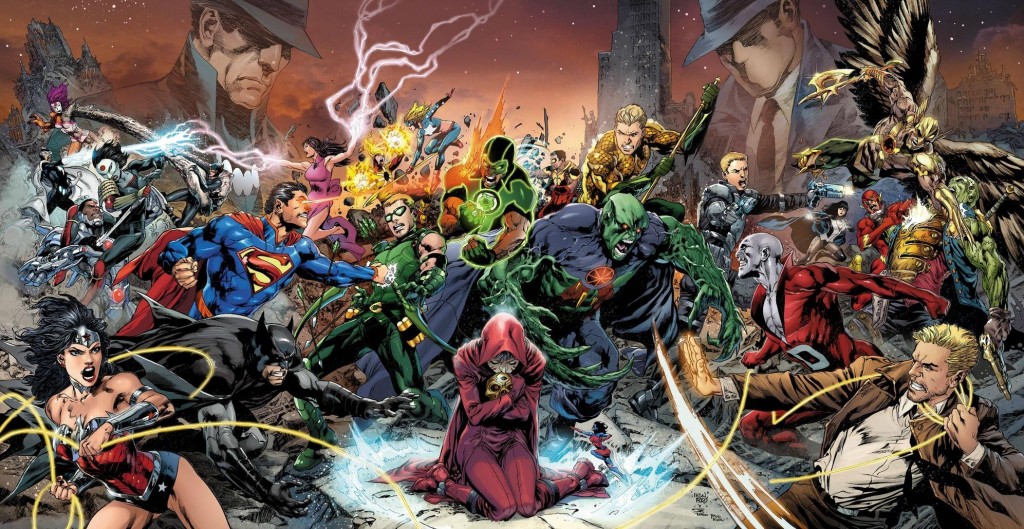 BATTLE OF THE ATOM

Begins in X-Men: Battle of the Atom #1 in September. (Marvel Comics)

The next big crossover event within Marvel’s X-Universe.  Battle lines are quickly drawn when the X-Men of the future travel back to the present to make sure that the X-Men of the past return to their own time.  Yeah.

Marvel’s X-Men titles have been firing on all cylinders since the Marvel Now initiative began some time ago, and this crossover is the culmination of everything that has been building since Scott Summers got hopped up on Phoenix juice and tried to remake the world in his image.  Hank McCoy has brought the original teenage team of X-Men to the present to shame his former friend into giving up his revolution, but the original team aren’t happy with the way things have turned out for them:  Cyclops is the most wanted man on the planet.  Wolverine is headmaster of the Jean Grey school.  Angel has had his mind wiped due to some unfortunate Apocalypse-related events.  Beast is blue and furry.  The present is pretty crazy for the X-Men, and it’s wonderful.

This’ll be worth checking out just to see the future team of X-Men which includes characters from Jason Aaron’s beloved Wolverine & the X-Men, now all grown up. 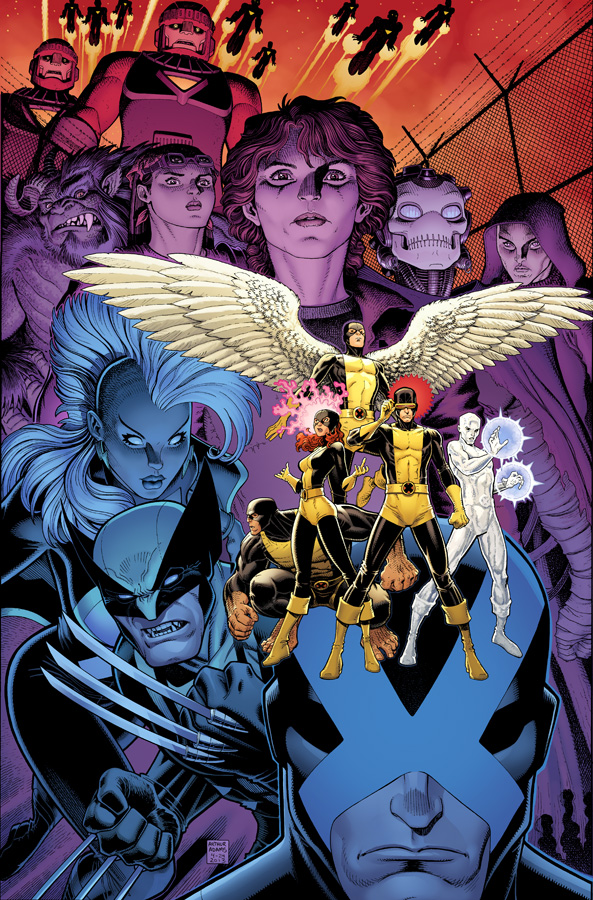 Superman.  Scott Snyder.  Jim Lee.  If you’re not excited by that combination, you just plain don’t like superhero comics.

Superman has been treated pretty poorly in the New 52.  Action Comics has been Grant Morrison’s sloppiest work in recent memory, and Superman has been… well, shit.  Thank the Lords of Krypton, then, that this new title is coming.  And just in time for the new movie, too.  Lucky, that.  Scott Snyder is one of the best writers working in comics at the moment.  He’s killing it on every book he touches – Batman, American Vampire, The Wake.  The guy’s body of work speaks to a fairly twisted mind, and he’s adept at crafting horror stories, but Snyder’s stories always have tons of heart and that’s just what Superman has been missing in the New 52.  Here’s hoping that Snyder can capture the character of the Last Son of Krypton as well as he did the Dark Knight.  Oh, and Jim Lee?  His art speaks for itself: 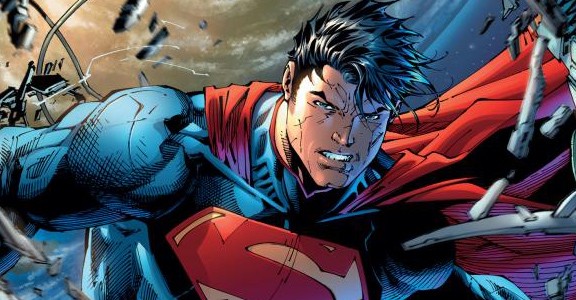 The last love story ever told.  That’s how this book is being described in the solicits.  It’s an epic sci-fi adventure story by the guy who broke your heart with Sweet Tooth.

Jeff Lemire is the best thing to come out of Canada since maple syrup.  The talented bastard knows how to make me feel feelings. He recently wrapped up his stellar post-apocalyptic series Sweet Tooth, and Trillium is his next offering at Vertigo.  Very little information has been released about the story, but the short synopsis is enough to get my juices flowing.  Lemire absolutely nails the intricacies of character and emotion in all settings, even against a backdrop of the weird and fantastical – see the aforementioned Sweet Tooth, graphic novel The Underwater Welder or his current run on Animal Man.  This is set to be one of the most intense stories this summer, and the artwork is looking beautiful. 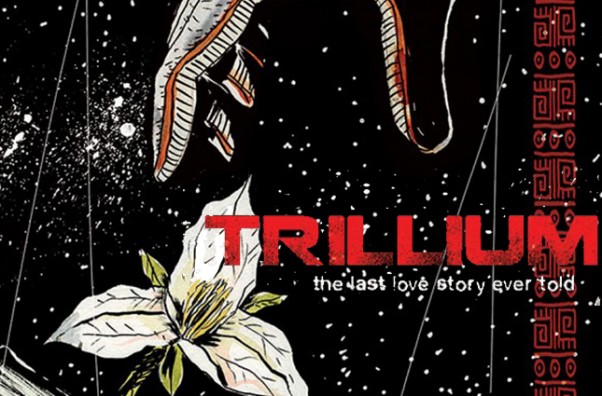 Special mention should also go to the single issue that I’m most excited for this summer: Indestructible Hulk #9

Since Mark Waid (or, The God of Awesome as I like to call him) started writing the new Hulk series, me and most of the comic book world have been waiting for the Jade Giant to have a crossover with his other mind-blowing series Daredevil.  This June, that moment will come.  Kinda. While it’s not a crossover as such, Waid will be exploring the ‘secret history’ of Matt Murdock and Bruce Banner, beginning in issue 9 of Indestructible.  My mind can’t even comprehend how awesome that secret history will be.  And the cover?  Instant nerdjaculation. 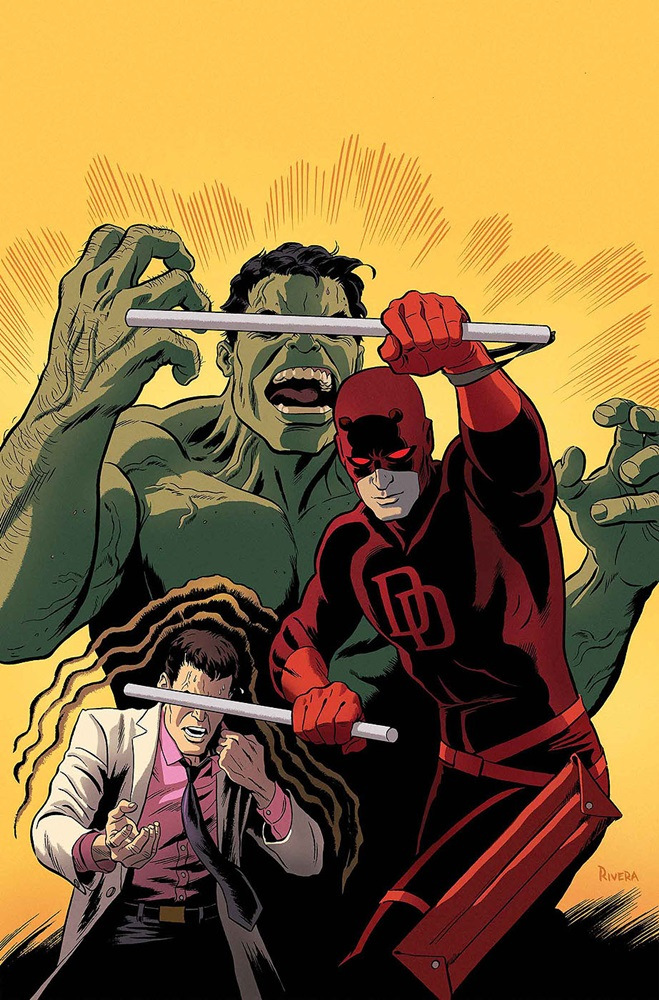 Previous: Here, There Be Dragons
Next: Comics and self-publishing: A new world of possibilities