Home / Books / The Perks of Being a Wallflower: Novel and film 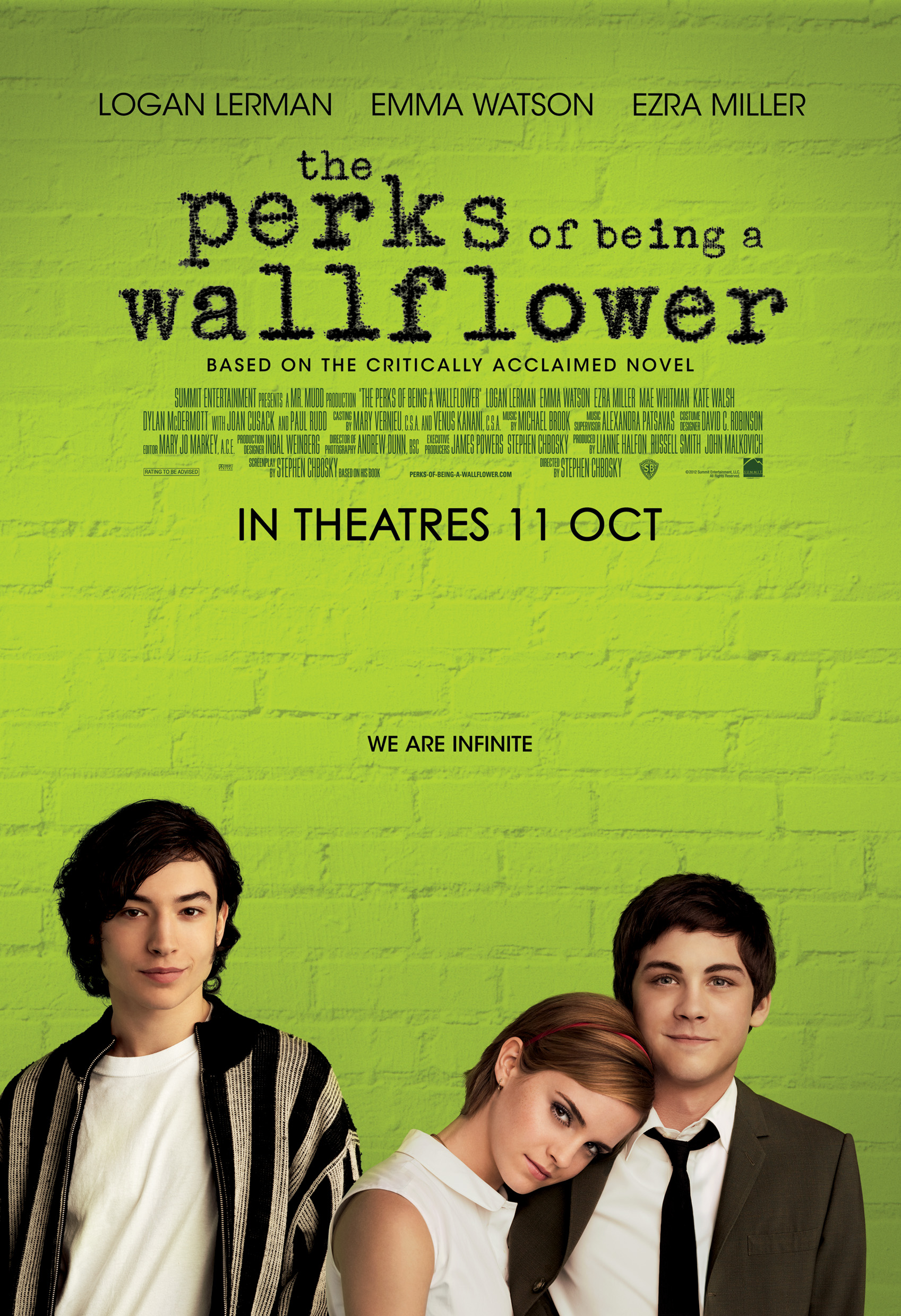 About six months ago I was talking to a friend about what we had been reading recently. In her handbag was Stephen Chbosky’s The Perks of Being a Wallflower. It was one of those books that she loved to reread and it had meant a great deal to her at a certain point in her life. I was curious about it, having heard about the book (shamefully, only after hearing about the film), and thought it sounded interesting. There it ended.

Last weekend was one of those lazy weekends. I woke up and knew that I was not going to do a hell of a lot. In other words, it was fated to be a movie day. So I lay like a vegetable on my sofa and watched films all day: I Capture the Castle, The Perks of Being a Wallflower, To Have and Have Not, and Red. A nice mixture that absolutely didn’t flow together but was fun to experience none the less. Despite my love of all things Humphrey Bogart (it has been a lifelong devotion), the film that struck the biggest chord with me was The Perks of Being a Wallflower.

I absolutely loved the film. My housemate may have even walked into the living room to find my face covered in tears… So what was the first thing I did as the credits rolled? I bought the book on my kindle (damn you Amazon – enabling my impulse spending). I read the book and loved that too… which only made me to want to watch the film again. I just could not get enough of this story, which is why I wanted to tell you all about the story, the book, and the film!

Do you remember high school? Even if your high school experience contained a lot less drugs, sex, or mental breakdowns, there is bound to be something in this story that you can relate to. Personally, I think I was a lot like Charlie in many ways, I used to watch what was going on, and I didn’t say a lot. When I did say something, people tended to think I was odd and move a little farther away. 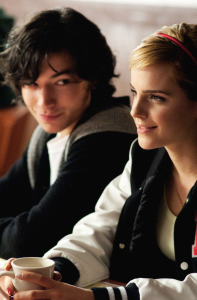 Charlie is about to start high school and he isn’t looking forward to it (who would?!). And so begins the epistolary novel, a framing devise also used in the film. He tells his story to a stranger – someone he has heard might understand him, although he never reveals his true identity. At first, Charlie finds it hard to make friends. But then he befriends the outrageous Patrick (nickname ‘Nothing’) and is swept up into Patrick’s friends and life. It has all the necessary moments an awkward high school age story needs to have: falling for a girl that doesn’t like you back, bad dates, drugs, not being ‘ready’ for sex, boring school dances, prom, football games, parties… and The Rocky Horror Picture Show.

Our protagonist seems to float through life, letting things happen to him without ever instigating them. A wallflower, or ‘watcher’, to the last. And while this could be annoying, it does have a point to the story – in his way, he is trying to fight his way out of his own routine. He is so stuck in his mind from emotional trauma that he needs to get out, and it is only be letting things happen to him, that he can eventually learn to move past it (with a little psychiatric help from professionals).

The story does have a plot, but to give a blow by blow would be pointless. It is the kind of story that you need to experience with the character as he travels through it. This is the emotional journey of Charlie. If you don’t manage to get caught up in his world, and absolutely feel for him, then quite frankly… you have no heart! 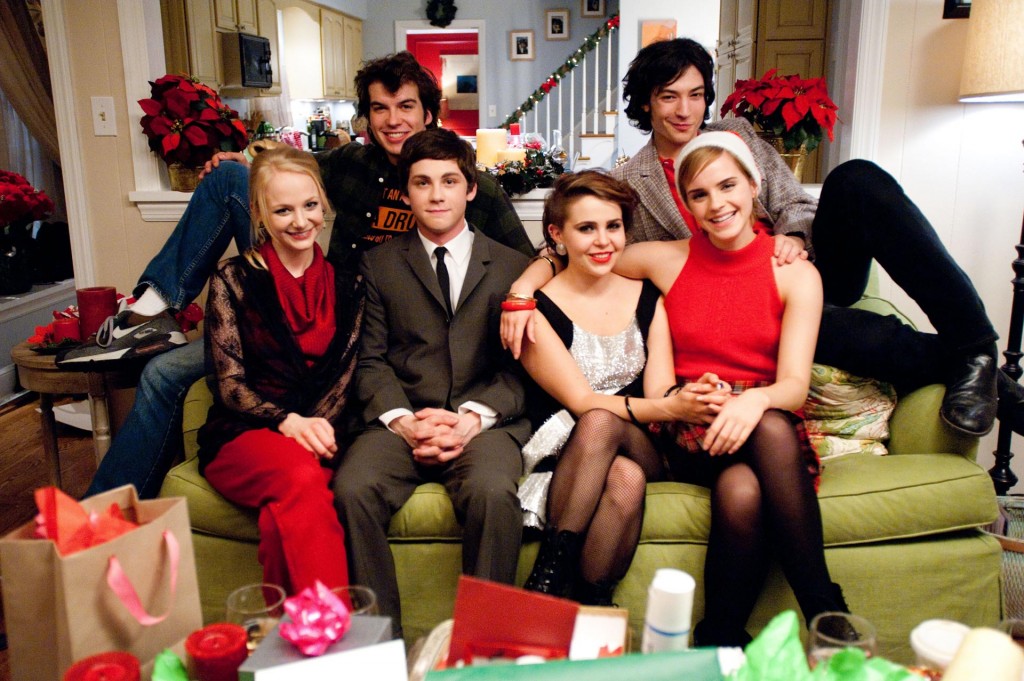 The novel is an epistolary novel, written as letters to a stranger. It provides an interesting feel to the novel, as you aren’t sure from the start what is real or invented. Charlie tells us that he won’t give the ‘reader’ real names, to ensure anonymity for himself and his friends. But of course this makes us wonder what else he is changing. This worked for me, as any story told from the perspective of someone in emotional/mental turmoil is always going to edge over into ‘unreliable narrator’ territory – and this gave it a lovely self-consciousness to it. 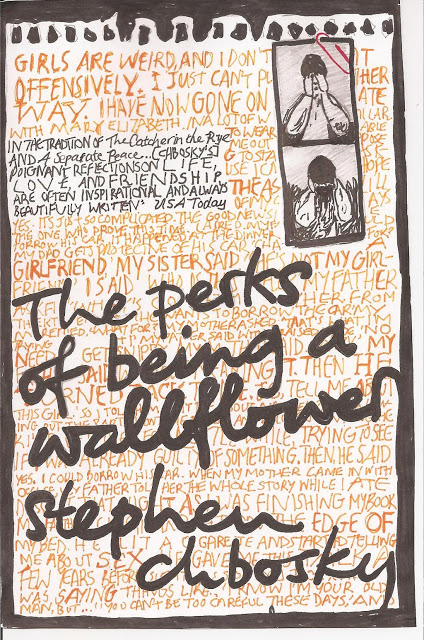 The book, as many novels compared to films do, is much stronger in the development of the peripheral characters such as Charlie’s father and sister, as well as his English teacher. I was disappointed that the film failed to include his sister’s abortion, as well as the lovely relationship dynamic between the two of them. It was an important part of Charlie’s growth in the novel for him to be able to be there are support his sister.

The prose of the novel is very plain, which is an underrated compliment in my experience. However, it can get a little clunky. Chbosky is not a natural prose writer, while his dialogue is stellar (this of course being the reason he is primarily a screenwriter). The biggest issue I had with the novel was the premise of the ‘letters’. Some of the ‘letters’ that make up the novel go on and on and on and on. Now, I admit, I did once write a 35 page letter to a friend (a very sexy boy I had a mega crush on) when I was a teenager, but I wasn’t able to keep that up for an entire year (nor would he have appreciated it!). On occasion I failed to keep up the suspension of disbelief and found myself asking ‘would a kid his age really write a letter like this?!’ Also, I admit, I desperately wanted to hear the other side of this story – the story of a kid that gets sent letters like this. Would they try and find the author? Try to help him/her? Ignore it? Throw them out? What?!

I’m not really sure why but I have always loved films that really capture a mood – this is one of those films. The mood is pitch perfect, I felt there with the characters. I understood all they were going through and I related to their pain. The music was right, the clothes were right, the casting was right, the dialogue was right. Everything just worked for me, it is as simple as that. This film works – it is put together so well that there is not a single moment in it that I would take a step back from and say ‘hey, they should have done that differently.’ And Emma Watson? Bloody brilliant.

This is not to say that I think this film is for everyone. Some people won’t go near something so angsty. But it was full of angst without going down the Dawson’s Creek road (fear not!). Even for a boring sod like me, I was still able to relate to these misfits; that fear you feel when you are trying to work out who you are and what your future might entail. 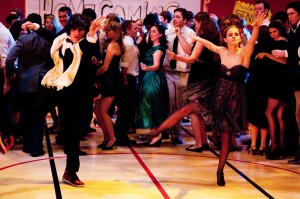 It was interesting to read passages in the novel that I thought were absolutely stellar moments in the film. The best moments of the book are not the best moments of the film, but I don’t think that is to the detriment of either. Some things, for me particularly the reveal of Charlie having been molested by his aunt, worked much better in the film. The ability to flick visually to his memory made his memories of her much more powerful. But it is unsurprising that Chbosky did so well with translating his (only) novel to film – given all his other writing credits are in screenwriting.

The inclusion of the repeated Rocky Horror performances also works much better in the film – given the performance nature of it. It also helps to provide a little comedy in an otherwise fairly bleak and depressing story. How can you not love a man in gold hot pants or a glittery corset and feather boa!