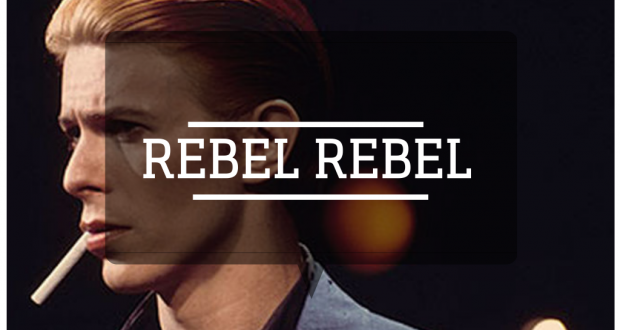 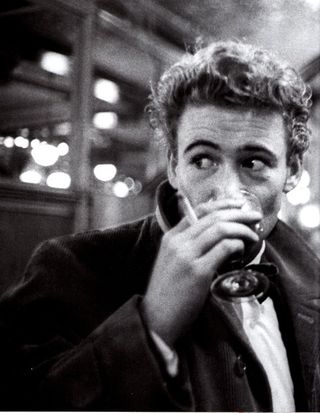 In the wake of acting legend Peter O’Toole’s death, there has been much nostalgic reminiscing across the media. Much of the nostalgia has centered on him (and his famous friends) being classic hellraisers – with the media wondering where such hellraisers are today. Apparently the contemporary badly behaving celebrities just aren’t cool enough in their misbehaving. Sophie Heawood of The Guardian suggests that this might be because O’Toole and his contemporaries antics had that lovely feel of spontaneity to them – something which modern hellraisers seem incapable of. These aren’t rebels without a cause anymore – their cause is their career.

Is that true? Perhaps. People like Miley Cyrus aren’t really ‘hellraisers’ in the same way – Miley is creating an image, carefully crafted by publicists. And it works. When people I know have never paid an ounce of attention to her or her career start saying, ‘oh my god, did you see Miley Cyrus at the EMA awards?’, you know that she’s on to a winner. So is this nostalgia for spontaneous hellraisers really a good thing? Personally, I think that clever marketing as a reason for bad behavior is far superior to people who are simply off the rails. I see nothing fun or funny in celebrities with addictions or any other vice or personal issue that might classify them as a ‘hellraiser’ or anyone generally off the rails.

What is a hellraiser? 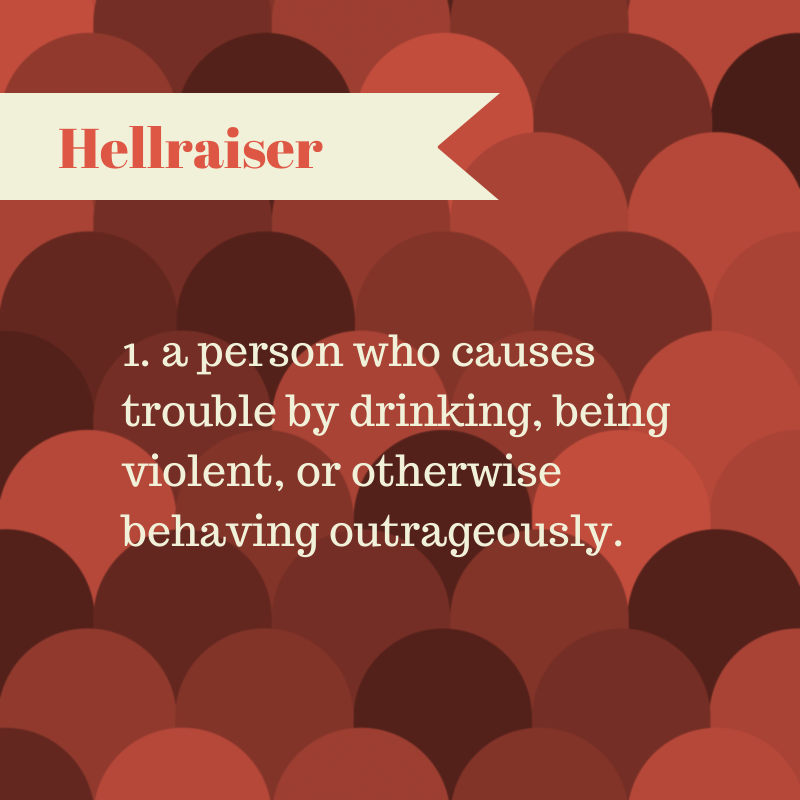 The straight definition of a hellraiser is not glorified. Anyone who causes trouble through drinking, drugs, violence, bad behavior, etc is a hellraiser. I’m a little confused as to how this is something we should aspire to be? Or if not aspire to be, glorify famous people who are hellraisers. It appears as though there is a difference between people like Peter O’Toole, Richard Harris, Richard Burton, etc and Charlie Sheen or Mel Gibson, but what is it exactly? It seems to me that it is all down to the critical reception of the performances. 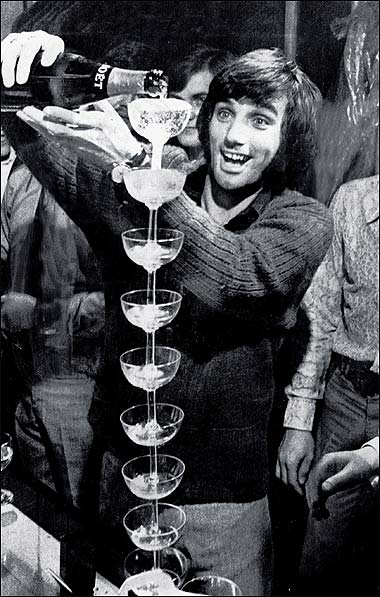 O’Toole’s outrageous behavior was entertaining and quotable in the way that high-brow journalists might quote him with awe. For instance, ‘When did I realize I was God? Well, I was praying and I suddenly realized I was talking to myself.’ Or perhaps it is because O’Toole’s comments were tongue in cheek, much like his compatriot, George Best. Best is famously attributed with saying he ‘spent a lot of money on booze, birds and fast cars – the rest I just squandered.’ Or is it maybe the tone of self-deprecation? It is amusing when people have some awareness of their awful behavior. However, when ego takes over and they can’t see anything about themselves as a joke anymore, it stops being funny and starts becoming incredibly sad.

Let’s take Charlie Sheen as an example of the modern hellraiser/moron club. His very public meltdown made it clear that Sheen clearly did not see himself for what he was. Ever. I’m not sure he even has the capability for self-reflection. And he isn’t alone in the modern celebrity – but I’ll get to that. How about these gems from Mr. Sheen:

‘[A.A.] was written for normal people, people that aren’t special. People that don’t have tiger blood, you know, Adonis DNA.’ 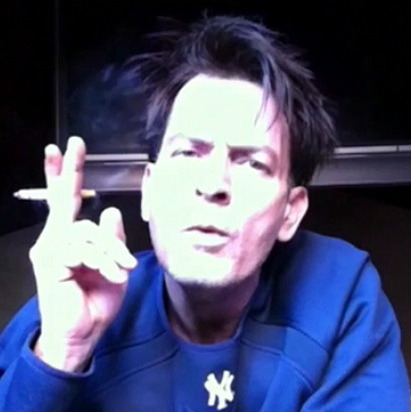 I’d like to think that we’re all wrong. That maybe Sheen’s meltdown was just another brilliant marketing ploy and that the joke’s on us – à la Joaquin Phoenix. But when you see Sheen say these things, there’s nothing at all to suggest he doesn’t believe this shit 100%. Ego looks to me to be the biggest player in all this. The bigger the ego on the hellraiser in question, the less amusing their antics are.

In the December 5th edition of Rolling Stone, they published a brief interview with R Kelly, discussing his new album. It included the very modest quote, ‘With my gift, I can pretty much write a song about anything.’ But the best example of stupidity born of ego is his assertion that couples would get married to his song ‘Marry the Pussy.’ Oh, and that if they paid him enough, he’d perform it at their wedding (and I bet he would, too). On top of the non-stop shit that pours from this man’s mouth, there are also the issues surrounding his numerous sexual assaults and the ‘pass’ he seems to get in the media. (Read this if you want to feel depressed…)

Why do we love hellraisers?

When I ask this question, I am not claiming to love the Charlie Sheens and R Kelly’s of the world. I’m far more interested in the Richard Burton types. Why do we love them? I think there is definitely an element of wish fulfillment in it. These people have money and good looks. They live life to its fullest and don’t give a fuck what anyone else thinks. Good for them. How I wish I could be like that (especially the money and good looks part). In our own lives, we can’t necessarily act out. Who didn’t want to be James Dean in Rebel Without a Cause? The hellraisers we love manage to act out the shitty-ness of everyday life while still managing to retain a modicum of respect from their peers.

What kind of hellraiser can I be?

What really leapt out at me in the recent Guardian article was the supposed reason (excuse?) for the hellraising behavior of the 60’s movie giants: ‘O’Toole used to say that he and his friends drank so wildly because they had grown up with the terrible spectre of war and now they could play, running around as freely as children.’ I admit that I had a cushy childhood – there was no war that affected me specifically, I went to a posh private school, I travelled a lot, I had supportive parents, and all the toys I could ask for (except for Gack – come on, mum, why did you never buy me the gack I wanted?! Huh?!). Because I’ve had it so easy, does this mean I shouldn’t be allowed to misbehave? That I always have to act like a serious, intelligent adult? 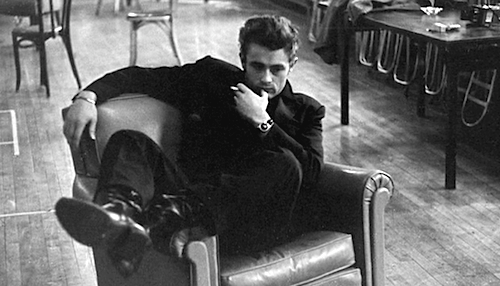 I would guess I’m not alone in feeling like my mental age – or at least what I wish I could be doing with my days – certainly doesn’t reflect my physical age. Sure, I’m an ‘adult’ now – I have a house and a job, I pay bills and look after my cat. But what does that really mean? If I didn’t have to worry about putting food on the table and keeping a roof over my head you can bet your ass I’d be doing whatever the fuck I felt like, all of the time. And if I suddenly wanted to change what I was doing, I would! No one could keep me down! But if we are to accept that people like Peter O’Toole acted out because they had hard childhoods, what’s my excuse? Do I, and others like me, have to be proper adults? I reject this idea entirely (and to prove you wrong… [INSERT CRAZY BEHAVIOUR HERE].

I’m not a celebrity, I don’t have a flat stomach, and I’m certainly not loaded (with cash or drugs), but can I be a hellraiser? Would it really be so bad to have others say ‘wow, look at her outrageous behavior causing all kinds of trouble!’ You know what, I think that would be pretty sweet. Maybe it isn’t possible without all the addictions and public vices… maybe people will say ‘she’s had an easy life, ain’t got no right to act out the way she does’ (because apparently my criticizers are southern). 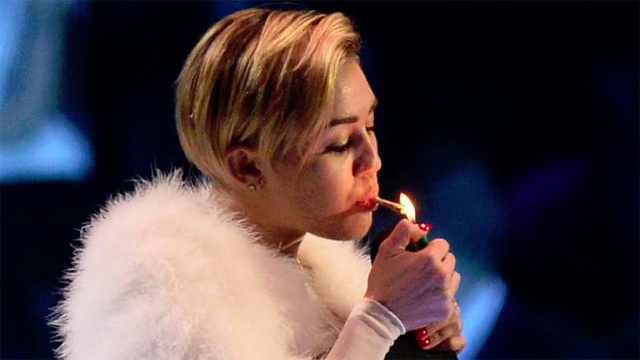 Until I discover what my own brand of hellraising is, I’m gonna stick to singing along to the songs, watching the films, and reading the news on celebrity bad behavior… and live vicariously through them.