Home / Books / All aboard the Neil Gaiman train 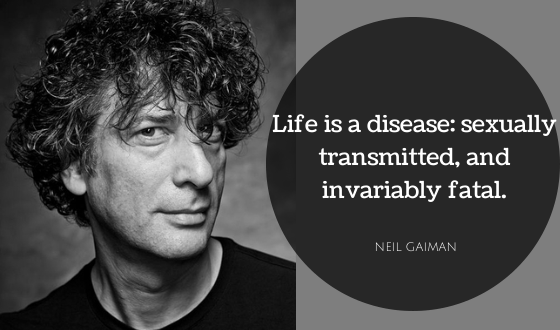 Back in 2010, I was fairly new to Twitter. As always, I was desperately (or cleverly?!) trying to keep up with the modern world. I had heard about this ‘one book one twitter’ book club event taking place; the idea being that everyone in the world (or at least a vast majority of those on twitter) would be reading and talking about the same book at the same time: American Gods by Neil Gaiman. It sounded like a cool idea, so I bought the book and started to read it.

American Gods clocks in at a whopping-great 736 pages. This isn’t for the faint of heart. I like to finish books once I’ve started them, especially if I’ve put in a significant amount of time reading them. But I got over 600 pages into American Gods and still couldn’t finish the damn thing. The story itself seems like something that would be right up my alley, but I just couldn’t get on with the writing style (or the character of Shadow – or in my opinion, the lack of character). 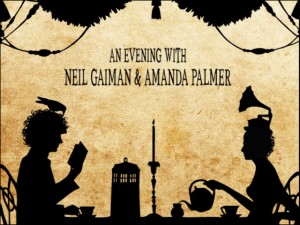 Since then, I’ve avoided all Neil Gaiman works. This has become harder and harder as my love for his wife, Amanda Palmer, only grows. Of course I started to wonder if I’d missed something. Amanda Fucking Palmer loves him, so does half the world… maybe I should give him another chance? More and more friends were recommending his work to me. Stardust was released, then Coraline (with some brilliant animation). I listened to – and very much enjoyed – An Evening with Neil Gaiman and Amanda Palmer (even if I still thought her tracks were superior by far).

Christmas 2013 arrived, and with it, a few changes. The first change was that I had become an avid comic book reader. The second, I had a new friend – another big Neil Gaiman fan. So, Santa brought me two pieces of Gaiman history: Neverwhere and the first four trade paperbacks of The Sandman. 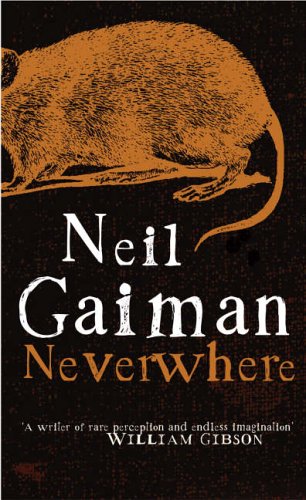 When I received Neverwhere as a gift, I immediately started to flick through the pages (as you do). It fell open towards the end of the book, to ‘An Interview with Neil Gaiman’. A particular question and answer stood out to me:

Q: Would you speak to rats?

A: I would absolutely speak to rats.

Forget the standard blurb on the back of the book, with the predictable construction – giving you just enough of the plot to interest you. That’s not what made me want to read this book. It was the rats.

Does that sound odd to you? Probably. But in that moment, I believed him. If he met a rat down a side street and the rat paused, looked up at him, and gave him an indication of intelligent thought, I have no doubt that Neil Gaiman would talk to it. Therefore, it seemed to me that if he could inhabit the world of his creation like that, this world of his might just be worth reading about.

Luckily for me, the story lived up to its promises. The world is full of depth and intrigue. I wanted to know more. The characters, at times, could have a bit more rounding out, but at other times I felt that he was withholding deliberately. Not giving us too much, to keep us interested (of course, the only problem with that is I didn’t come away from the reading experience completely satisfied… ‘Please sir, can I have some more?!’).

That world, London Underneath/Below/The Underside, I want to know it, explore it. I can imagine it completely, inhabit it in my imagination. This is Gaiman’s gift. He can masterfully create worlds that are both fantastical and completely believable at the same time. I think that modern fantasy is at its best when it can combine reality and fantasy in such a way that the idea of it isn’t too far fetched – just enough escapism to make a tale truly fascinating. But otherwise grounded and real.

I still struggled a little bit. Sometimes his sentences tend to try a little too hard. I almost hear the cogs of his mind work as I read each sentence. There are only a very few instances where a writer can get away with describing chewing as ‘mastication’ without it just sounding like, ‘Oh, look at me, I know some big words, I do.’ Still, on the whole, the story was so good I kept reading.

When average businessman Richard Mayhew happens upon a young damsel in distress, his life is turned upside down. He helps the young woman, Door, and all too quickly she leaves his life. Although she has gone, she has left a permanent mark on his life. Suddenly, no one remembers Richard or even sees him. He has no job, no money, and no home. He must find the mystery woman to see if he can get his life back.

He is drawn into a strange world, that of ‘London Below’: a London that exists below ordinary London, in the sewers. Rats rule this world, along with magic and myth, mystery and murder. Richard, Door, the Marquis, and Hunter must traverse the Underside on a quest to avenge Door’s murdered family.

In the introduction to the first trade paperback, written by Karen Berger (Executive Editor at Vertigo until early 2013), there is a very sweet portrait of Neil Gaiman as a new writer. He is described as ‘polite’ but ‘persistent’, constantly checking back with Berger on his Swamp Thing story before pitching both the Black Orchid miniseries as well as the initial ideas for Sandman. 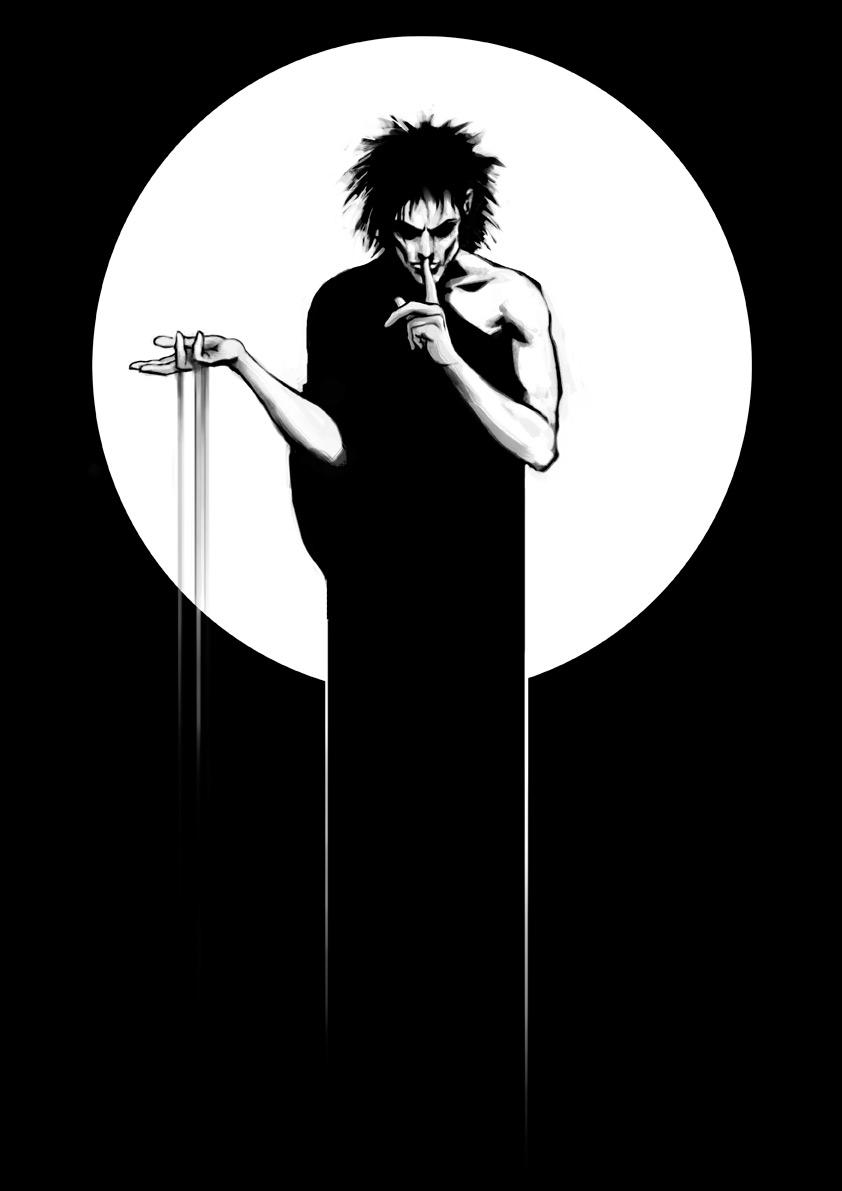 Gaiman’s talent and potential are evident from the beginning, and his skill as an ‘idea man’, as Berger puts it, second to none. However, there are teething problems. The initial storyline is, on the surface, fairly straightforward – a tale of a man on a journey, trying to reclaim what is his. There is a lot of ‘dialogue’, much of it in the form of captions. The Sandman often talks in riddles, metaphors, and generally vague, overblown language. But the sense of the story and what the characters could potentially offer is there. By the second story arc, ‘The Doll’s House’, Gaiman hits the ground running. We finally see what he is really capable of.

The king of dreams, the Sandman, has been captured by a magus. When he finally escapes, he must find his belongings – items that contained aspects of his soul and were stolen from him during his imprisonment. He must regain his strength and power while trying to undo the harm caused by his long absence from the dream realm. 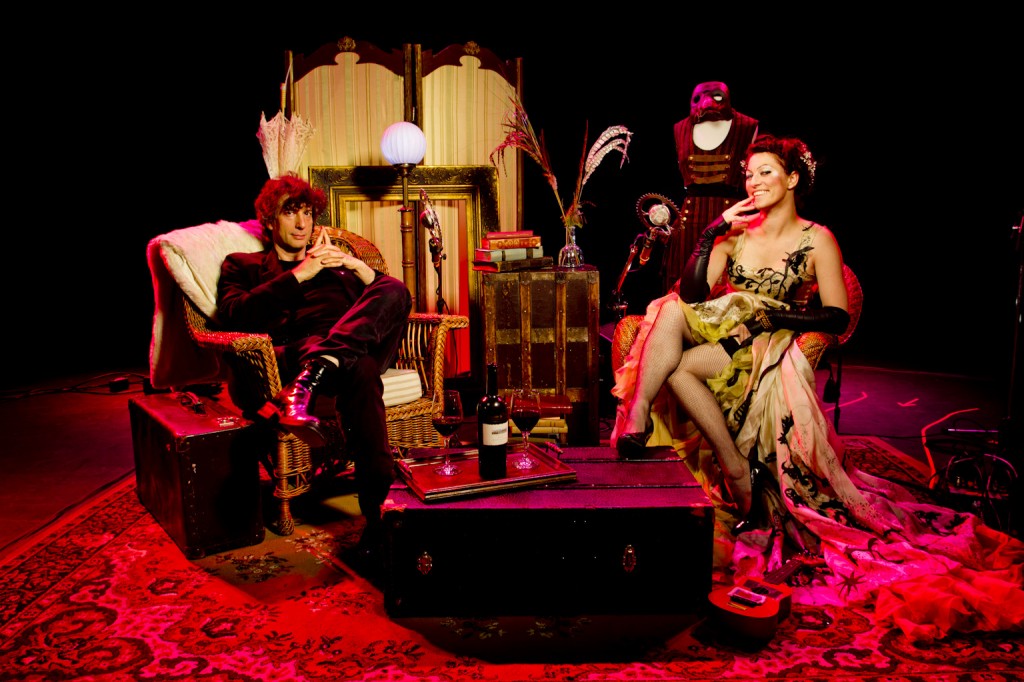 Ok, so I’m not a crazy frothing at the mouth fan of the man’s, but I am starting to understand what all the fuss is about. If you have a vivid imagination and like discovering new worlds, pick up something written by Gaiman. I’m on the bandwagon, when will you join us?

I would definitely recommend one of the smaller books as a way in, rather than beginning with the hefty American Gods. If you don’t like his sentences so much, try to focus on the plot, the world, the vast amount of imagination and creativity that has gone into each story he creates. If I hadn’t given him a second chance, I would really have missed out on some brilliant stories.

Previous: 47 Ronin: Seize eternity… elsewhere
Next: American Hustle: You’re nothing to me until you’re everything