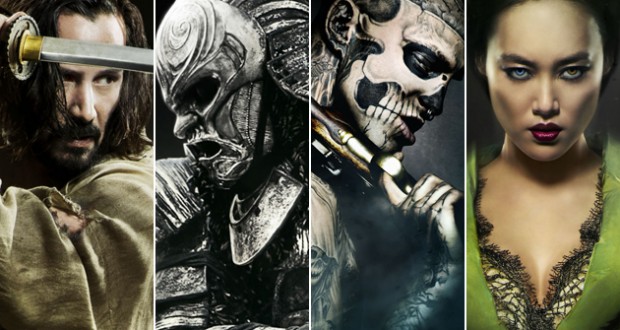 I have been seeing the trailer for this film every time I visited the cinema in the past few months. But elsewhere? I saw no posters, no TV spots, no adds on webpage sidebars. What was going on with the marketing of this film? The trailer made the film look like an epic fantasy romp – with samurai’s instead of elves and dwarves. It looked exciting and fun, with plenty of brooding scowls from Mr. Reeves. What did it actually deliver, you may ask? Well, nothing that was promised, that’s for sure.

Reviews haven’t been great. It is on track to be the biggest flop in recent times, beating even the awful The Lone Ranger. What makes me really sad about this film is that the trailer really did make it look good (whereas I could see that Disney’s The Lone Ranger was awful from the trailers and posters). When I was watching the film, it felt like there was a lot more of the film that hadn’t made it into the final cut. It didn’t flow or fit together, nothing seemed to really add up. When you read about the drama in pre- and post-production on the film, you can see why.

How Hollywood screwed the Samurai 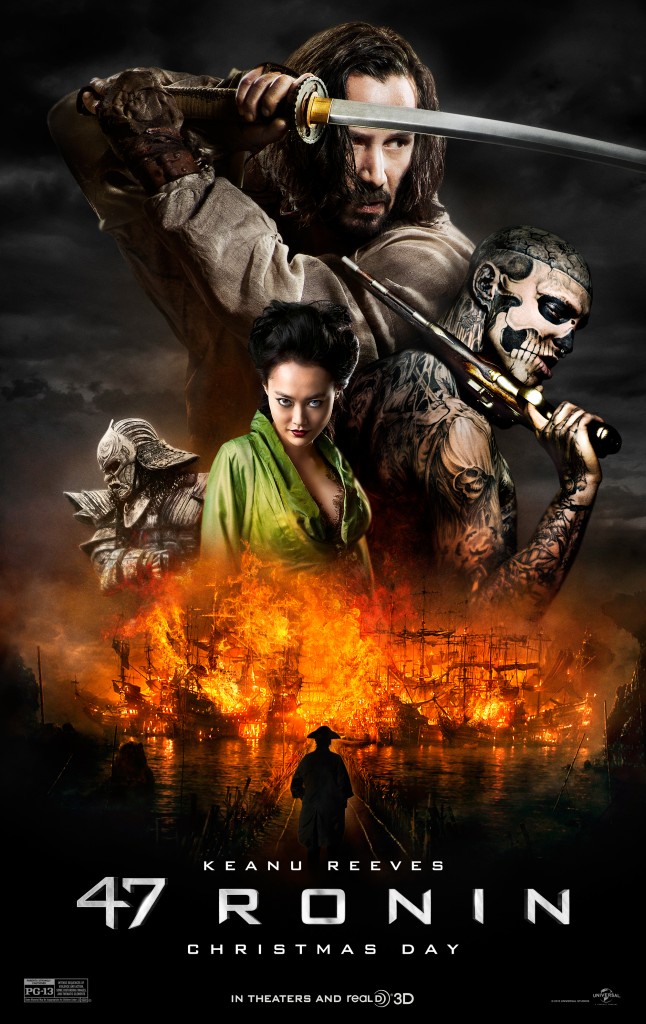 This project began back in 2008. It was meant to be a big budget Eastern answer to Lord of the Rings. Universal studios handed the reins over to a first-time feature film director, Carl Rinsch. They were sold by his enthusiasm, passion, and great vision for the Samurai of Japan. And then what did they do?! They threw him out of the editing room, cut up his film to shit, added rewrite after rewrite, and didn’t like that Rinsch focused so much on the Japanese elements of the story rather than their bankable star, Keanu Reeves.

I have a feeling that had the director’s original vision been adhered to, the studio wouldn’t have such a massive flop on their hands. The Japanese characters were the interesting, charismatic ones, not Keanu. And Rinko Kikuchi’s ‘Witch’ – a late addition – was completely pointless (and a waste of a wonderful actress, Pacific Rim will show you that). The studio threw $170 million at the film and it barely scraped by with taking $13 million over the Christmas period (worldwide). I can’t see it fairing any better as time wears on (there are very few showings at the cinemas here in the UK) and it won’t make a big splash on DVD and Blu-Ray. Universal is well in the red on this one.

Apparently Reeves has some sense. He was reportedly worried ‘that the character wouldn’t feel integrated into the main arc of the story.’ Good for him. But why didn’t the studio execs listen? His character could have been an interesting side character – a half-breed with mysterious powers that help the Samurai on their quest. Ah well, they screwed the pooch on this one, sorry Hollywood. But maybe this will teach you a lesson – what makes a good Samurai film is letting the samurai be awesome badasses. Let them do what they do best and we’ll come a’flocking to the box office. Honest.

This plot has many twists and turns, and not much of it makes a great deal of sense, but I’ll have a go at untangling it for you…

A young boy, Kai, escapes from the forest where he has been raised by demons. A kindly lord takes pity on him and raises him. He is a half-breed and an outcast, living a life apart from others. Wishing to pay back the lord for his kindness, he stays close by, despite the unkindness of the Samurai. Kai is in love with the lord’s daughter, Mika, in a kind of star-crossed lover’s style affair.

A neighbouring lord, Kira, wishes to take control of Lord Asano’s land and employs the help of a witch to achieve his ends. Bewitched, Lord Asano attacks Lord Kira while he sleeps. The Shogun takes mercy on him and gives him the right to an honourable death by seppuku. Asano’s daughter Mika is betrothed to Kira and the Samurai are left without a master – Ronin.

The Shogun forbids the Ronin to revenge their master’s death, but they disobey him – an injustice has taken place and they must return order to the universe. The remaining Ronin seek out Kai and lead an expedition to save Mika and take their revenge on Kira and his witch.

There are oh so many things wrong with this film

There really were so many things wrong with 47 Ronin. I’m not sure where to begin (and I’ll probably miss a few). But I think a list is best…

Verdict: Just don’t bother. Go see something else. But hey, at least the ending was good – and that was really the only thing that really happened in the original story.

Previous: What we know about Star Wars VII and what we want to see (and what we don’t)
Next: All aboard the Neil Gaiman train