Home / Film / Kubo and the Two Strings: If you must blink, do it now 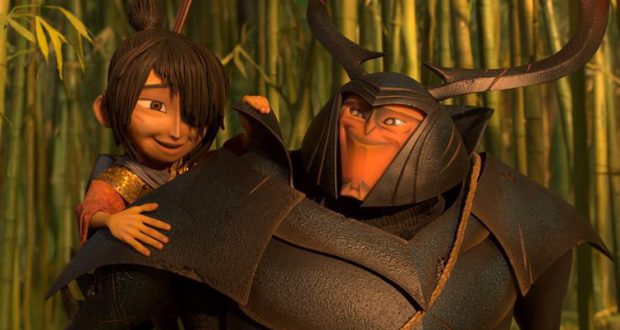 Considering most children’s films are saccharine explosions of gaudiness rendered in bargain basement 3D animation with glib, feel-good pop music for soundtracks, it’s nice to see a children’s film with a sense of craft about it. Kubo and the Two Strings is from stop motion animation studio Laika (of Coraline, Boxtrolls and ParaNorman fame), a fantasy adventure steeped in Japanese aesthetics.

The story concerns the eponymous Kubo, a young boy who must assemble allies to find a series of magical items which will allow him to challenge his grandfather, the Moon King, who long ago claimed his left eye. It’s a traditional episodic fantasy plot, relying on the tropes and logic of fairy tales, but all rendered with samurai and Asiatic monkeys rather than knights and horses. It’s a rather eclectic mish-mash of Western and Eastern elements in this respect. 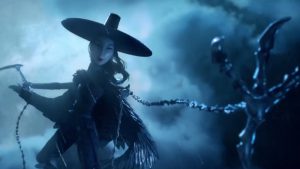 Kubo and the Two Strings deserves high praise for its visual artistry. I personally find stop motion animation a pleasure to watch, but here it is coupled with a strong artistic vision drawn from the Japanese woodblock tradition. We get beautiful landscapes inspired by Hokusai, traversed by bizarre creatures with unique and entertaining movements. The Beetle samurai has an endearing scurry, Monkey has well-researched naturalised motion, and the demonic Sisters float eerily across the screen.

The film reinforces its admirable work on setting and character animation by building more opportunities into its plot. Kubo specialises in origami magic, so we are given inventive sequences as his leaves of paper contort to form all manner of assistance. This in particular gives Kubo an edge in Laika’s already impressive back catalog, and its strengths are embellished further by the score.

The story is a bit more lacklustre than the production values 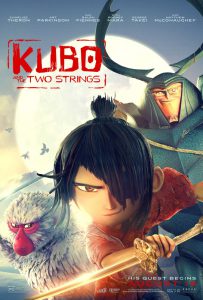 I must say with some reservation though that the story does not live up to Kubo’s animation, art or sound design. That the film is by its nature episodic and reliant on somewhat arbitrary plot points is forgivable: convenient coincidence and happenstance form a key element of folkloric storytelling. The problem is that the film has a rather arbitrary inclination with its resolution. Neither the magic nor the villains’ motivations (which is reliant on the former) adhere to any discernible logic, either implicit or explicit. The use of supernatural elements is not to be irked, indeed the monsters in this film are a treat, but they aren’t utilised in a satisfying way, rather as a shortcut to resolve the plot.

Character dynamics also feel rushed. Kubo, Monkey and Beetle fall into an ad hoc family very quickly and it is a touch jarring to see them so quickly respond to threats with such a degree of emotional intensity. Given the direction and theme of the narrative, this isn’t inappropriate. However when the heroes start offering heartfelt repudiations and defiant speeches to the antagonists mid-battle, the expositing on love, empowerment and friendship is very heavy-handed and belies the sophistication present in every other aspect of the film. Not a deal breaker but a pity not every aspect of the film could live up to the production standards.

Verdict: Kubo is far more visually exciting than its slightly sloppy plot but the visuals are worth a recommendation in their own right.