Home / Books / The Miriam Black book series: Did you just say shrug instead of actually shrugging? 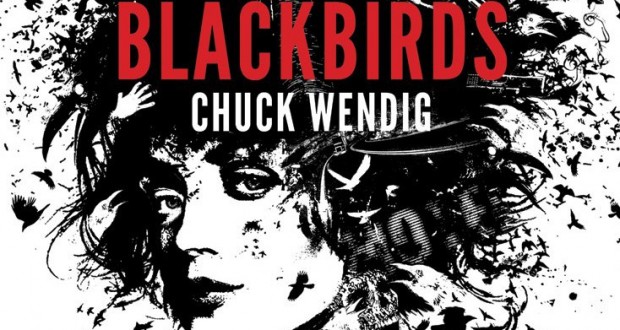 One of my favourite writing advisors of all time is Chuck Wendig. He tells it like it is – no sugar coating, no pointless ego stroking, just a real get up and do it attitude. But as much as I have appreciated his guidance and online personality, I hadn’t delved into his fiction publications. After immersing myself in the world of Kerouac for a good while, I felt like a change of pace. I remember loving the cover art for Wendig’s Miriam Black novels, so I thought, why not give them a go (cause apparently I’m so shallow that I really do judge a book by its cover, but at least I’m honest enough to own up to it): Blackbirds, Mockingbird, and The Cormorant.

The Amazon product description opens with ‘Blackbirds is a horror story, a traveling story, a story of loss and what it takes to make things right.’ This was not something that filled my heart with joy. I don’t tend to read horror or travel stories. Saying it is a ‘story of loss’ makes me think it is going to be some soppy tearjerker and ‘what it takes to make things right’ sounds like a cross between an after-school special and a Disney Channel series. Thankfully, the tales of Miriam Black are none of those things. There’s guts and gore, sure, but more in a Buffy way – not straight up horror and not simply fantasy. The novels are fun, fast-paced, and not for the easily offended. That suits me just fine.

The genre classification is listed as ‘urban fantasy’, another area of which I had not explored before. I went in with no expectations, as I didn’t know anyone else who had read his books and couldn’t vouch for the taste of the online reviewers. I really enjoyed all three books and I would recommend them. However, these are fun, easy to read books. There is no hint of snooty literariness to them, nor should there be. They are what they are, or as Miriam says, it is what it is.

Premise of the series 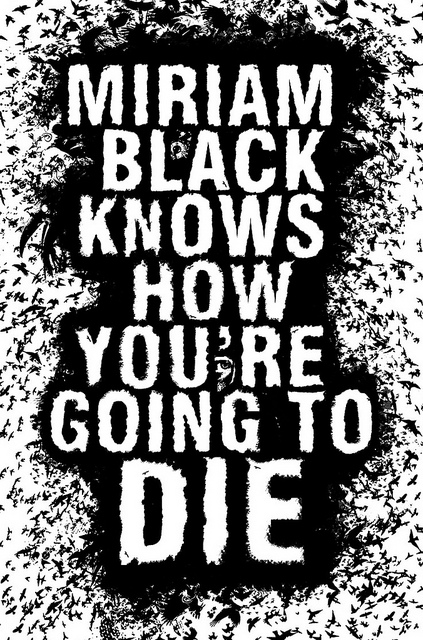 Miriam Black has a special ability – she can see how you die. By touching, skin on skin, she can see how another person dies – exactly when and how. She doesn’t necessarily know where, but the visions do often give her visual cues. The daughter of a religious zealot, Miriam grew up in a strict household. She wasn’t allowed to be who she was or experience the wider world. After a traumatic experience in high school, Miriam cuts and runs.

Out on the road, Miriam becomes something of a hard-ass. She hitchhikes, sleeps under bridges, steals from the recently deceased, and generally leads a drifter’s life. The one this that she has always accepted is that fate gets what fate wants – she sees how it happens but she is powerless to change the future. Or is she?

Miriam soon learns that fate may not be as set in stone as she once believed. But is she prepared to pay the price for changing the future?

If you can’t stomach the swearing, get out. Wendig loves to swear. Thankfully, it never feels like he’s throwing them in to shock or trying too hard to be edgy – this is who he is. The voice feels completely natural. Personally, I appreciate the guttural, visceral, viciousness of his language. I love the word fuck. Cunt is even better. Stop running away from these words like they can hurt you. They are expressive – angry – hateful – powerful – USE THEM! That said, I’m not going to say that anyone who dislikes these words is a pussy ignoramus, I’d just suggest you avoid his books.

The language matches the tone perfectly. This bitch is angry. She’s lost and confused and frustrated. You can feel it in every sentence. Miriam lives a pretty rough, shitty life and she’s pretty miserable most of the time. The tone is perfect for the life and personality Wendig gives his protagonist. It’s dark, ‘gritty’ (even though I hate using that word… how about just ‘dirty’ or ‘real’ – but even they drop off my tongue tasting like three day old coffee), and you believe that this world is real. People do suck and you know that if you met Miriam you’d react the same way the people in the novel do – bemused disbelief. 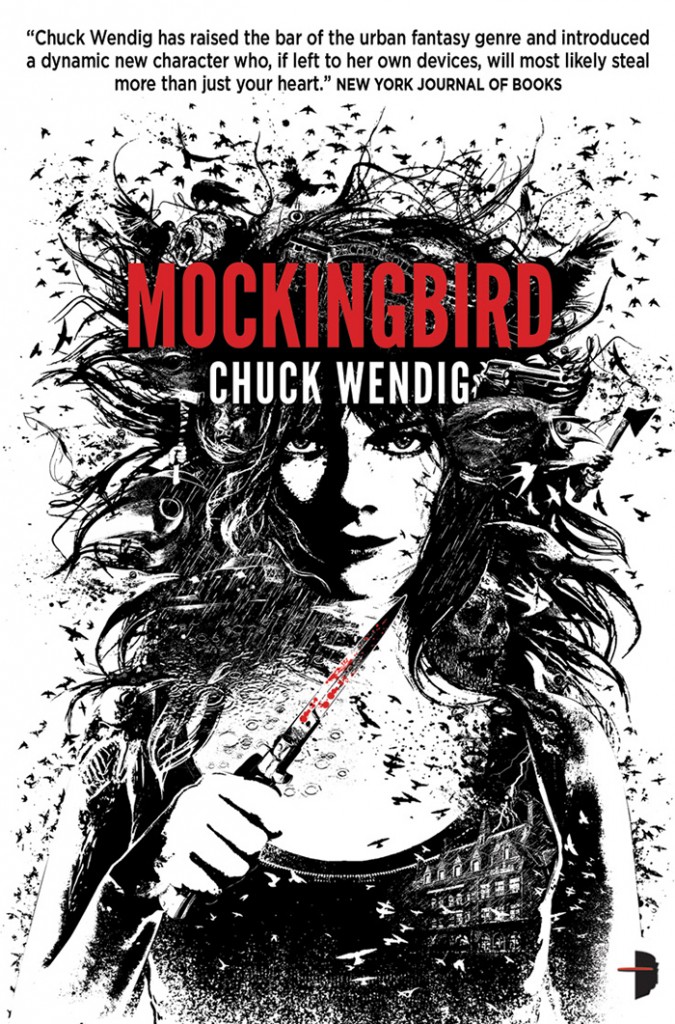 I am not a fast reader, and yet, I’ve read three novels in two weeks. Sure, they aren’t particularly long novels but that is still pretty bloody good by my standards. I have been reading in all my spare moments – lunch breaks, waiting for my car share, sitting in the back of my car share, waiting for the pasta water to boil or the Iron to heat up, before bed… you get the picture.

The plots are fast paced and full of action, intrigue, and a bucket load of steamy action. The dialogue is angry and argumentative, with Miriam constantly digging herself into holes. She jumps from one problem to another and you’re never sure which was the worst choice she’s made… or even necessarily what she should have done instead. Oh yeah, and the whole thing is driven by Miriam – a sassy, mouthy bitch with little regard for her own safety. Some reviews on Amazon mention that she is not a character you are supposed to like. I call bullshit on that. I can’t understand why you wouldn’t like her. That bitch is great!

Personally, I think the series would make an awesome base for the next Telltale Games project – Miriam sees two people’s deaths occur at the same time in different places. Who does she save? There are hundreds of ways it could go. Wendig has done some game writing too, why not get on that? If this actually happens, can I get a piece of the action?!

Close, but no cigar

I think it is obvious by now that I really enjoyed these novels. However, they weren’t always brilliant. There isn’t even the faintest whiff of ‘literature’ (said in the most outlandish posh accent you can muster). But hey, high brow isn’t for everyone, and sometimes I like something a little lower on the brow scale… 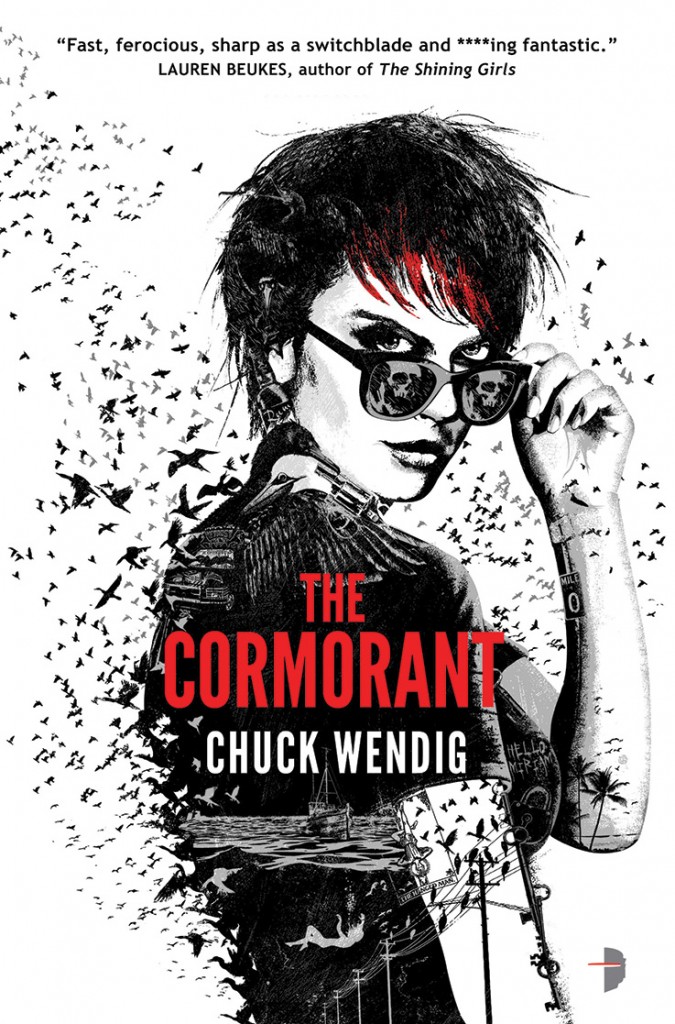 Where these books fail is in repetition. I do understand that repetition is – or at least can be – a legitimate literary technique. But for the most part, it ain’t for me. It gets boring. Say it in a different way or have your character do something else – just avoid things getting too samey. And what is it with series novels repeating things that have happened before in such a tedious way? Yes, I understand that not everyone is a reading vacuum like I am, devouring the novels one after the other, but stop recapping previous stories as part of the novel. If you feel the reader needs a recap, why not have a brief blurb at the beginning of the novel, taking your cues from TV, ‘In the last installment of Miriam’s tale…’

Sometimes the descriptions of action are too much: ‘she did this, then this, then she did this, she did this’. Lists are great, sometimes. If there’s a point to it. But occasionally I felt like Wendig was just listing out actions as they would happen in real time. She pulled down her pants, hovered over the toilet seat, began to pee, wiped, pulled up her pants, flushed the toilet, open the cubicle door – ok, ok, I might be exaggerating but you get my drift.

And boy oh boy do typos abound – one even got the name of one of the characters wrong. I thought I’d been misreading it all along but it was actually a mistake – Lauren not Laurel! Wendig often says that there is no excuse for a poorly edited book, and I agree. So it is sad to see so many errors in these titles. Having worked in publishing for over five years now though, I’m afraid to say that I’m not surprised. Publishers would like to have us believe that they are so good at creating a quality product, when most of the time they just don’t give a shit.

It also really annoyed me that the second book had no section/chapter markers in the kindle file. That’s it. Gripe over.

Verdict: Read these books if you’re looking for a good time with a helping of foul language and attitude.

Ocean at the End of the Lane: I lived in books more than I lived anywhere else
Blackbirds Book Book Review Chuck Wendig Miriam Black Mockingbird Novel The Cormorant 2014-03-12
Megan Leigh