Home / Film / Dawn of the Planet of the Apes: If we go to war, we could lose all we’ve built. 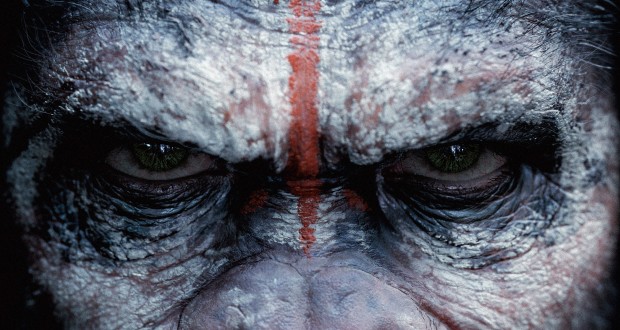 Allegory. Simple and effective. Allegory is where science fiction really thrives and Dawn of the Planet of the Apes uses this for all it’s worth. The conspiracies, political intrigue, imminent war, and more – in both the human and ape camps – could be applied to almost any political setting currently. And perhaps, the tale of the apes and humans will get people thinking about the situation in the real world. 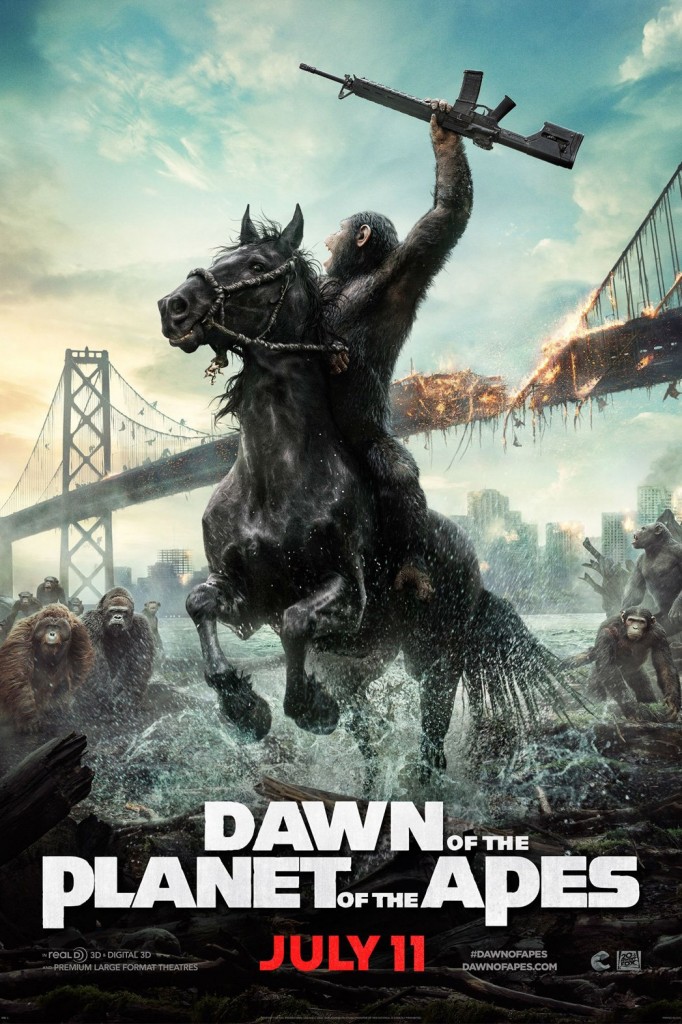 Much of the plot seems derived from Shakespeare (and history). Caesar literally becomes the character for which he was named and Koba is Brutus, as they play out the events of ancient Rome. In a very black-and-white sort of way, much in the vein of Star Wars, the story teaches us that anger, hate, and fear are all the emotions of those drawn to evil. Unfortunately, both humans and apes have a tendency to be consumed by these emotions.

The first three quarters of this film are excellent. However, when the ‘war’ begins, the film starts to drag. The fight scenes are far too long and I personally would have liked to see the ending come a good 20 minutes before it actually does. The apes are definitely the stars of this film, which is good given that the characterization of the human characters is poor at best. But we forgive that, as it seems like an informed decision – the filmmakers were aware that the apes were far more interesting and weren’t worried about making them the focus of an entire film.

Following on from 2011’s Rise of the Planet of the Apes, the film opens after the simian virus has killed off most of the world’s population. The pandemic caused the collapse of every government, the world over, with only a handful of remaining human colonies. Ten years after the collapse of the human world, a handful of humans accidentally cross paths with the apes. 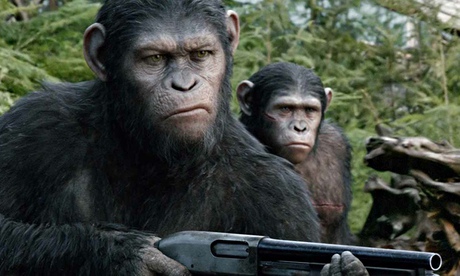 Carver (Kirk Acevedo, one of the best things from Fringe), frightened and outnumbered, shoots one of the apes in a panic. The apes follow the humans back to their colony and make a show of force, laying down the rules between humans and apes: that humans aren’t welcome in the woods. Unfortunately for the humans, their sole hope for restoring electricity to their colony lies with a dam in the apes’ home region. 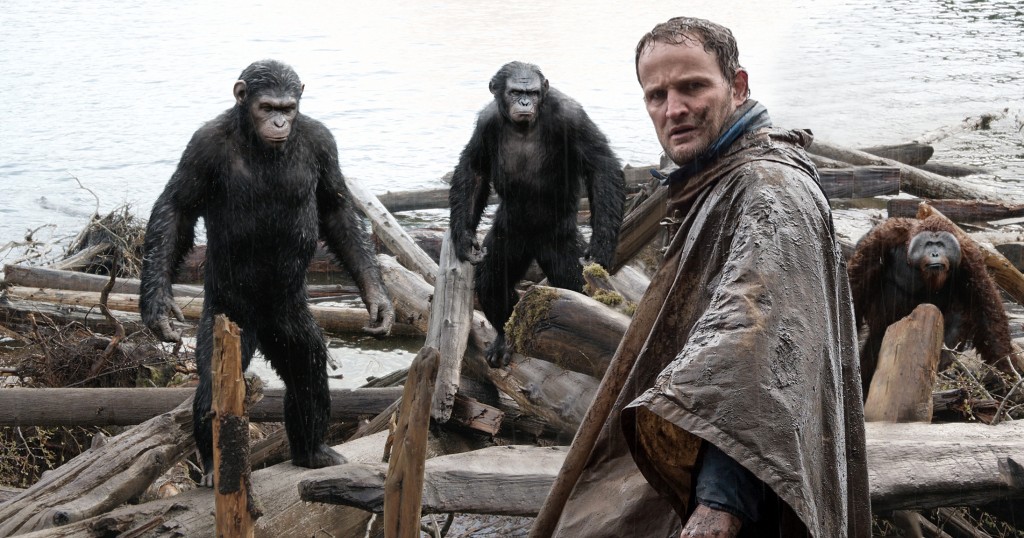 Malcolm (Jason Clarke) and a small group of humans brave the woods and try to negotiate with the apes so that they can get the dam energy working, then be on their way. Meanwhile, the human camp begins to fortify their position in case war does come. Malcolm manages to convince Caesar (Andy Serkis), leader of the apes, of his honourable intentions. The apes not only allow Malcolm to work on the dam, but also offer to help.

Not all the apes are as welcoming to the humans, however. Koba (Toby Kebbell), Caesar’s second in command who suffered at the hands of human scientific experiments before the collapse, is convinced the humans can’t be trusted. While spying on the humans back at the colony, Koba finds them stockpiling weapons and fears the worse, beginning an uprising from within the ape ranks and putting both ape and human in peril.

The wonderful and the wasted

The direction of Dawn of the Planet of the Apes is spectacular. Matt Reeves (Cloverfield, Let Me In) isn’t afraid to focus entirely on the CG elements, with close ups of the apes and interesting shots from unusual angles. While there are still moments where you can clearly see the blue screen overlays, overall, the CG is exquisite, and the motion capture for the apes is perfect. 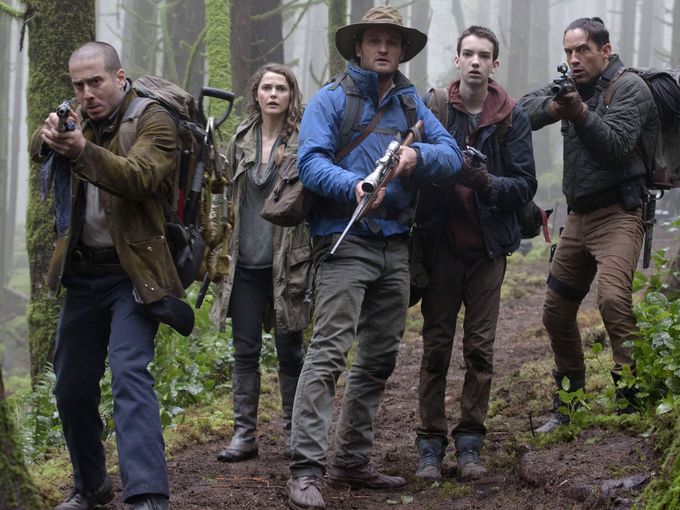 On the other hand, the humans have very little to do and little to no personality whatsoever. Jason Clarke is just enough everyman combined with impassioned political peace-keeper to keep us on board, but there’s very little point to Gary Oldman’s character (Dreyfus). Sure, I admit that I’m still pissed at Oldman for his Playboy interview (I mean, anti-Semitism aside, how could he possibly hate The Fifth Element?! What’s wrong with him?!), but his acting in the film is what he’s become best at – shaking the muscles on his face to indicate stress and ‘feeling’. Hmmm, I’m getting a little tired of the same old shtick from him. Other than Carver (Acevedo), the other humans get next to no characterization. They are interchangeable stick figures, whose names you only pick up on afterwards when you read IMDb or some equivalent. 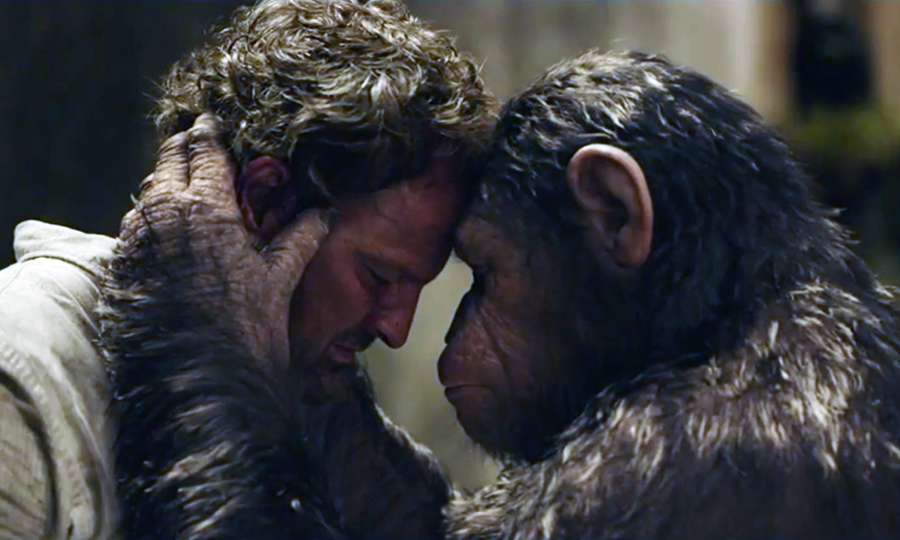 The ending, for me, was a little too Hollywood. Throughout the film, the allegory is obvious though not to heavy-handed, until they start turning it into a hit-you-over-the-head with morals and feelings type number. Oh yes, hit us in the feels, fine, but don’t make it so darn obvious and trite. As far as I’m concerned, the film should have ended once the rebel apes had taken over the city and enslaved any remaining humans. What was the point of restoring Caesar to power just to have him admit that the war was going to continue anyway? That last section of the film was slow, pointless, and over-cooked. It ruined what was otherwise an excellent science fiction film.

Verdict: Solid science fiction film with an interesting take on political relations and the meaning of war. While the CG is excellent, some of the fight scenes go on too long and the ending is a let down. Still, a move in the right direction for big blockbuster Hollywood films.

Previous: Guest Post: On Publishing, by Ben Peek
Next: It’s Batman’s 75th Birthday! Some of Batman’s best moments in print