Home / Film / War for the Planet of the Apes: I showed you mercy… 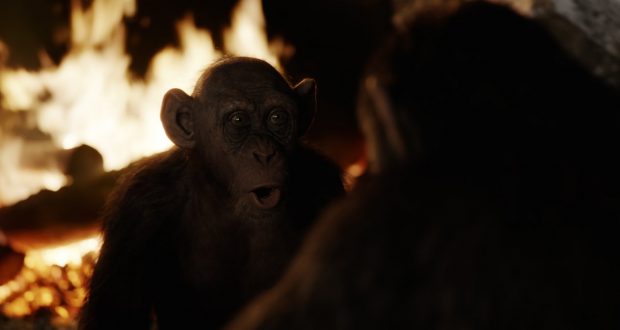 The rebooted Planet of the Apes series has been a pleasure with each instalment. It hasn’t used its inevitable conclusion as an excuse for lazy plotting powered by ‘destiny’ nor laden itself down with incessant internal references. The films have instead opted to focus on logically unfolding developments of characters and events in a way that puts other franchises to shame. The master stroke is that they have taken their dear sweet time with the plot. It’s taken three films and 6 years to get from Caesar being raised in the suburbs of San Francisco to ending his guerrilla war with the remnants of the human military.

Like all the best series, each instalment offers something a bit different. War for the Planet of the Apes abandons the Mexican stand-off of the its predecessor for more sprawling story as the ape nation goes on an exodus to find a safe home, whilst their leader Caesar pursues a personnel quest to slay the human colonel who continues to strike at his people and his family. You can never expect a simple set-up for these films though, and each force is riven with some sort of internal conflict. Particularly compelling are the collaborating apes who have betrayed their people to survive as deferential servitors to the humans. This film doesn’t shy away from the undertones of racial conflict underpinning this. 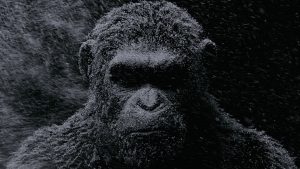 There have been some issues that the series as a whole has never managed to shift and War is no exception. There’s never been a compelling selection of female characters, especially infuriating since the apes have no need to recreate our gendered prejudice in their society. The fact that all the naked apes have no genitals has always bugged me because it’s such a conspicuous absence on camera when we have full body shots – they are just simian bollocks, there’s nothing obscene about them!? Lastly, each film has suffered from less than helpful titling – Rise and Dawn don’t suggest any particular order nor do they communicate anything inherent to their content. The new film does have an opening scrawl that offers a nice little clarification on that but actually, when it comes down to it, War is not intuitively titled either.

Much as its prequels were grossly miscast, this is not the all-out conflict that it is billed as in the trailers. Once more, the film makers correctly identify that Caesar’s personnel struggles are far more interesting than poorly contextualised scenes of apes fighting humans. This series and this instalment in it never opt for brash action where more pensive and weightier character work will suffice. There is indeed a war film that War for the Planet of the Apes is clearly paying homage to, but it isn’t Black Hawk Down or other anarchic bullet storms, it’s Bridge on the River Kwai. 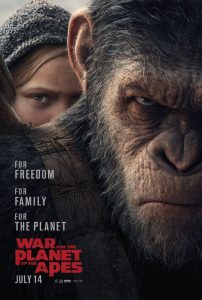 The film is less concerned with the ongoing war with humanity (which Rise and War effectively bookend), than with Caesar’s struggle to balance his desire for peace with humans, his growing need for vengeance on them, and his ever present duties as leader. It’s a rich seam of character to mine and as usual Andy Serkis is up to the task. All these films have concluded with big action sequences but they have been less impressive for any technical feats (which are always solid, mind you) but for the fact they are the climax of the thematic and interpersonal struggles of the film. It’s as Kurosawa advocated, that a single sword stroke is powerful if it is imbued with all the essence of the character. Rise ended with a defiant assault upon the corporations and humans who had heap indignities upon the apes. Dawn had a brutal duel between Caesar and his warmongering usurper Koba over the future of ape society and their sense of mutual betrayal. War similarly delivers with the apes fighting to secure their future in the face of the desperate acts of humanity which is coming to realise its obsolescence as a species.

War for the Planet of the Apes is a thoroughly powerful watch and it brings to light how poor other blockbuster offering are, that shy away from politics, social commentary, or just solid character work. Perhaps compared to Dawn – my favourite of the series – it is a touch overlong and reliant on big spectacle by comparison, but these are highly relative observations. Everything about this film series speaks to the effort put in across production values, writing and acting. If only all mainstream releases were this good.

Verdict: I for one welcome our new simian overlords, if it means more of these films.

Previous: Castlevania: There is darkness upon the land
Next: The controversies surrounding representational casting