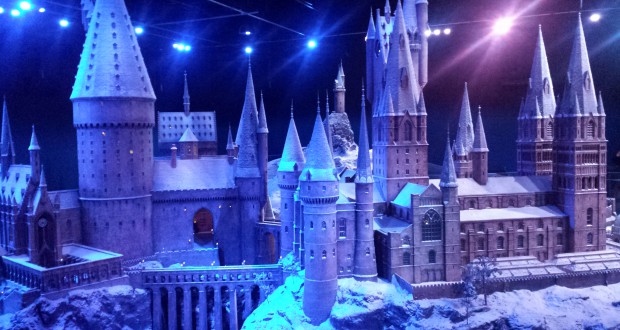 Whether you are a big kid or a legitimate littl’un, if you are a Harry Potter fan the Warner Bros. Studio Tour London – The Making of Harry Potter is worth a visit. The tour first opened in March 2012, less than a year after the final film graced the big screen. Like with any giant franchise, it made sense for them to turn the leftovers from production into a money making machine. If people will pay to see what would otherwise find its way to an incinerator, why not open it as an attraction? 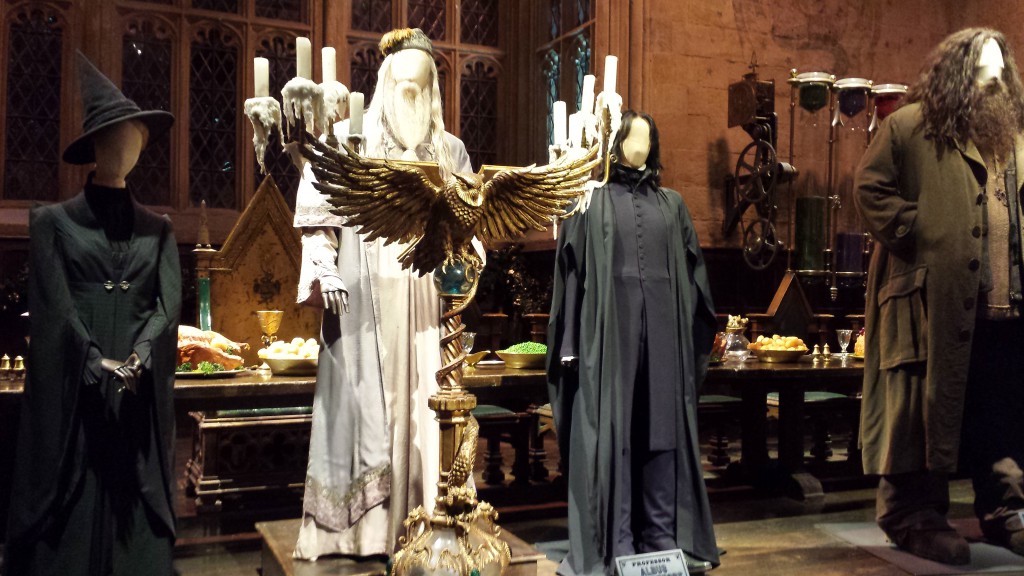 For me, seeing the behind the scenes work of filmmaking is always fascinating. Whenever I’m in Melbourne, I make an effort to see whatever fantastic exhibition is on at ACMI (Australian Centre for the Moving Image – where they often have exhibitions on sets, costumes, genres, etc), for instance. The studio tour is no different. It gives you an insight into the incredible detail and hard work that goes into creating the magical world of Harry Potter for the screen, from sets, scale models, animatronics and other creature design, costumes, and props, the studio tour covers it all. 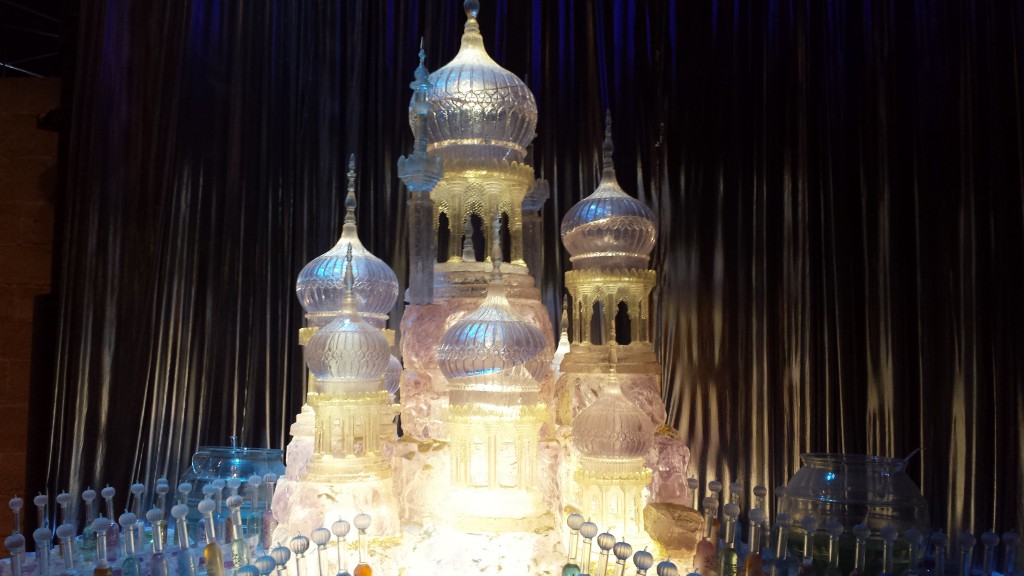 They say that the tour usually takes around 3 to 3.5 hours to complete, but it is self-guided for the most part, so you can take as much – or as little – time as you want. It’s a good indication of geek-ness when you see how much time a person is taking to look at each individual display. For my part, I was certainly in the upper levels, at least a 7. The tour is split into three parts, two soundstages filled with all kinds of behind the scenes goodies, and an outdoor area with some of the larger set pieces such as the Night Bus, Privet Drive, the Hogwarts bridge, as well as photo ops for sitting in the flying Anglia and Hagrid’s bike. 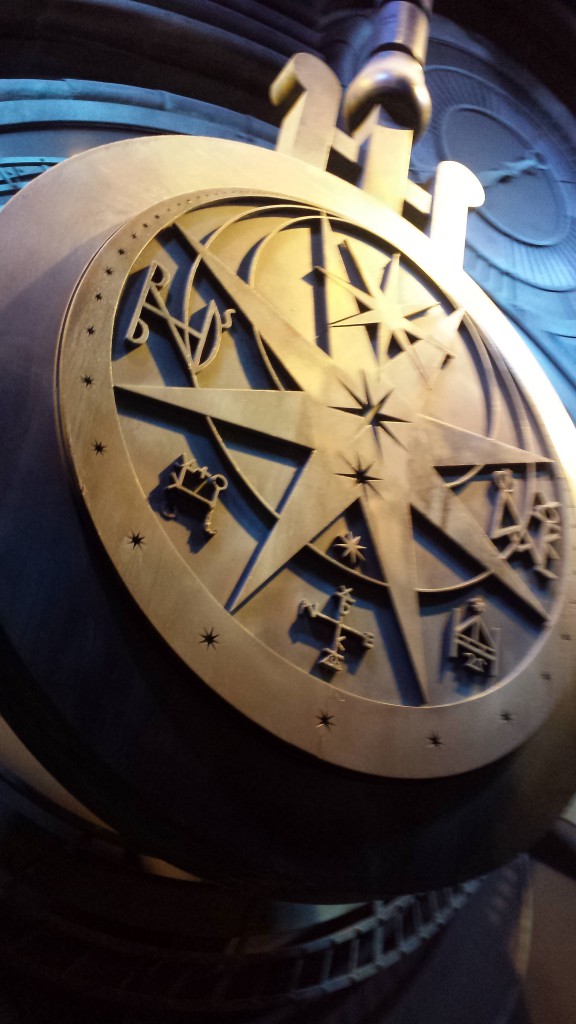 Much of the first sound stage is filled with large pieces of sets. You enter through the great hall – minus the magic ceiling of course – and immediately you are in the magical world you visit on screen or page. The level of detail is astounding. Costumes that were worn in scenes that featured those sets are displayed, giving you a true idea of just how big (Hagrid) or small (little Harry!) the actors really were. Other sets include the Gryffindor common room, Dumbledore’s office, the Leaky Cauldron, Diagon Alley, the Ministry of Magic, Delores Umbridge’s office, and many more.

The second sound stage area features the creature workshop, which I have to admit was one of my favourite sections. It’s fantastic to see that they used to many physical effects in the films – probably why the special effects still look quite good where other more CG based films have aged rather badly (I’m looking at you George Lucas, brilliant pioneer of using model shots and ruining the prequels with all that CG, among other things). You move from animatronics and creature effects through to the design world of scale model miniatures. And they are incredible. If your mind isn’t already blown at that point, it will be when you encounter the model of Hogwarts that was composited into the live-action shots, again to give a more realistic feel to the building rather than relying too heavily on full CG. 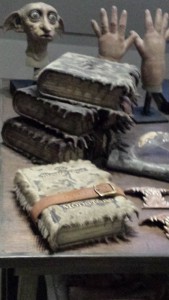 The brilliance of the Harry Potter world – whether you are reading it or watching the films – is the experience of wonder. Like all fantasy, it is a wonderful escape to another world of excitement and adventure that no one can get enough of. And why should we? Who wouldn’t want to have magical abilities, a self-cleaning pan, or a flying broomstick? It might worry some of you that exploring the behind the scenes world of the movie making magic might take away from some of the wonder when watching the films. On the contrary, it adds to the spectacular accomplishment.

As you walk through the incredible sets you’ll find it difficult to not be transported into Harry’s world. Yes, I can see how it was all made, how hard the cast and crew worked to bring the world to life, and all I see now is that the world is real. I am the ultimate kid as I walk around the studio tour, amazed by the fake snow, the self-stirring animatronic cauldrons in potions class, and the amazing detail that went into creating each and every one of the portraits hanging on Hogwarts walls. Nowhere else makes the magic come alive so completely. 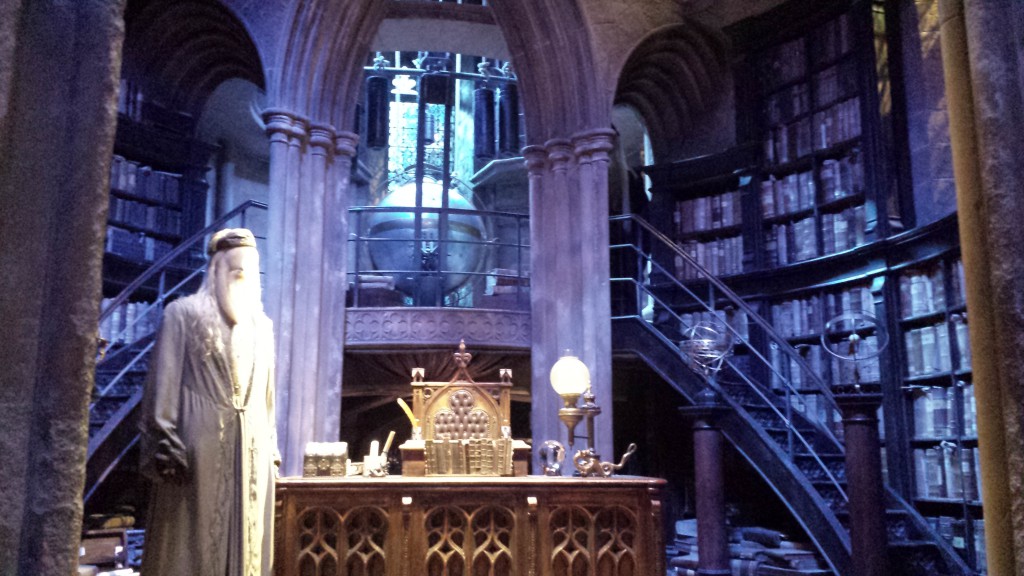 If you have kids who enjoy Harry Potter, this is a must visit location. And if you’re an adult who loves the world just as much as any kid, you better make sure you’re in line before all the kids! Just beware that you need to purchase your tickets well in advance and be sure to turn up to your allotted tour on time.

Previous: Birdman or (The Unexpected Virtue of Ignorance)
Next: Agent Carter: I don’t require your assistance