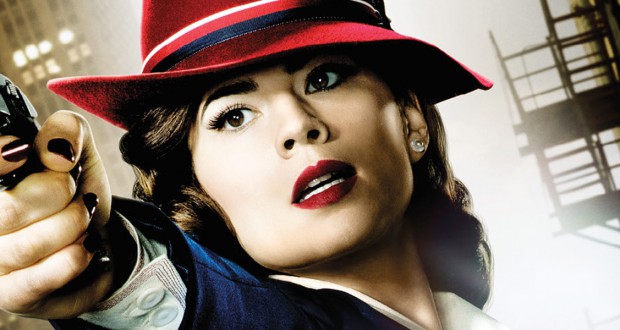 The brilliant first season of Marvel’s Agent Carter finished last week and I’m still on a high from it. It was one of the best single seasons of television I have ever seen. If you thought stakes couldn’t get any higher, they were upped again. Between the social commentary, badass fights, and tricky conspiracies, I was on the edge of my seat the entire time.

While there are many superhero films and franchises that include women in the ass-kicking line-up (for instance, Black Widow in The Avengers, The Invisible Woman in Fantastic Four, Gamora in Guardians of the Galaxy…), we have yet to see a superhero film with a woman as the central figure (not playing second fiddle or part of a much larger team). There have been a few failed attempts (the Wonder Woman project with Joss Whedon that fell apart years ago), but we’re still waiting to see it happen. Wonder Woman with Gal Gadot in 2017 looks to be the first of a new era. We are more than ready.

While we are still holding our breath for the big screen female superheroes we deserve, it’s television that has been delivering. Agent Carter is just the most recent in a long line of badass females that have proven time and time again that they deserve to be helming their own series, franchise, or standalone film. 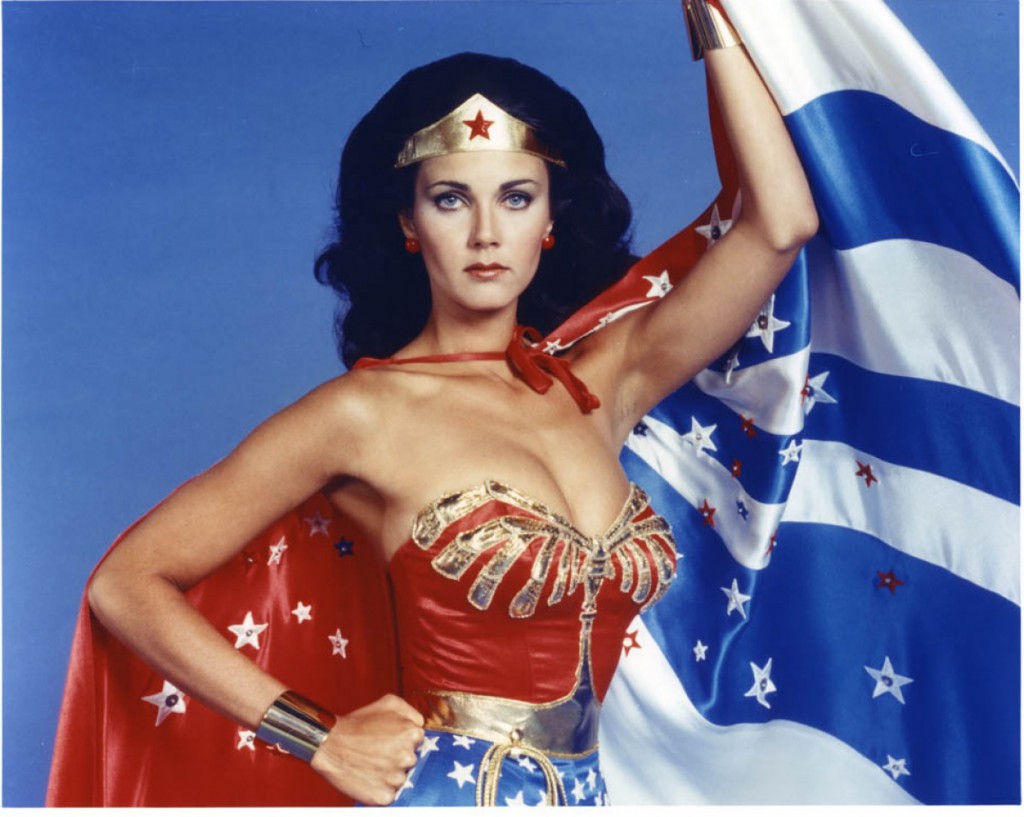 It’s not very surprising that Wonder Woman is going to be the first woman with superpowers to get her own film in our modern resurgence of comic book film adaptations, given she was also the first to get her own television series. Lynda Carter brought the titular character to life from 1975 to 1979. It was not the first attempt to bring the superhero with her magic lasso to TV, however. After Batman’s success in the 60’s, they produced a pilot for Who’s Afraid of Diana Prince? in 1967 but the project never moved any further.

Back in 1964, Elizabeth Montgomery brought an independent and powerful witch to our television screens in Bewitched. The series, one of the most beloved sitcoms of all time, broke the mold for how powerful women were portrayed in a number of ways. While Sam was a stay at home mother, always trying to ensure Darrin kept his job, she was the real brains and power in the relationship. Meanwhile, whenever Endora came to visit, she would not hesitate to comment upon the drudgery of ordinary domesticity. Bewitched then inspired the less successful I Dream of Jeannie. And why was it less successful? I say it’s because Jeannie was not as competent or independent as Samantha. Everything Jeannie did was to please a man, a man who refused to accept that he loved her for several years. 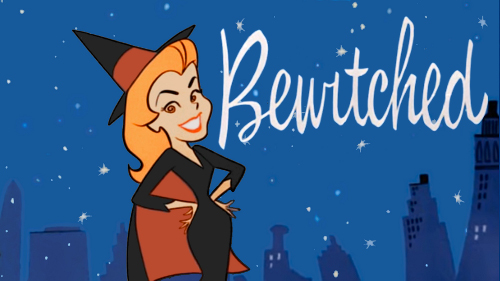 And yet, despite Samantha Stevens’ enduring popularity, it didn’t seem to herald a new generation of powerfully depicted super-women on TV. Thankfully there was a man named Joss Whedon born into this world and he brought us one of the greatest series of all time: Buffy the Vampire Slayer. The typical petite, helpless blonde girl is transformed into the biggest badass of them all. While technically it was a film first, we tend to ignore that as the film, well, ah… isn’t very good (to put it mildly). But the success of the series – and again, like Bewitched an enduring success – has once again proven that audiences love to see a powerful super-woman at the fore. 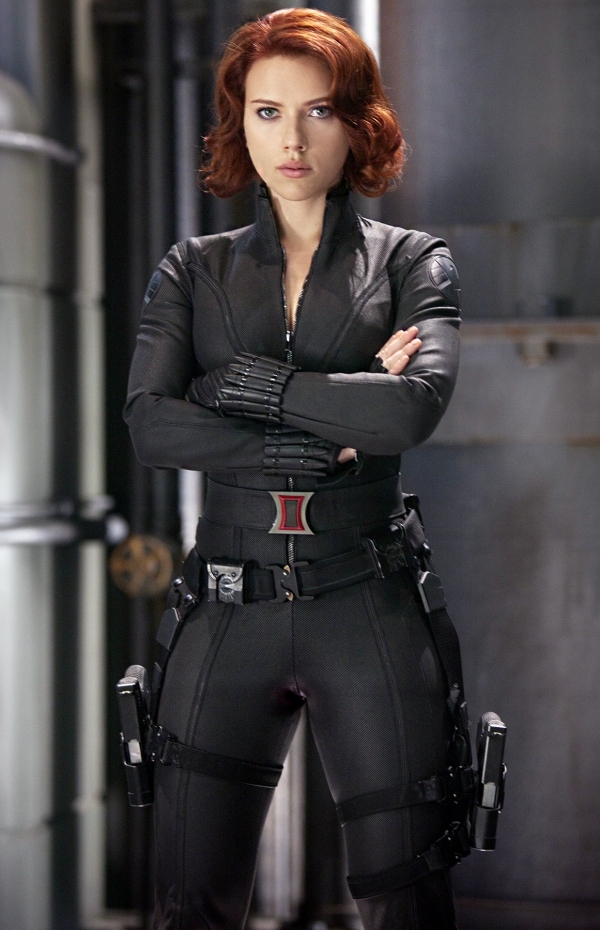 So far, it’s been Marvel’s Cinematic Universe that has created the most opportunity for strong women on screen. DC is a little behind the times with Cat Woman being as ‘super’ as they come so far. Of course, that is set to change, with DC being the first to announce a standalone film for a female superhero. Hopefully Marvel will catch up soon… I mean, seriously, where’s the Black Widow film? Or even better, Peggy Carter gets six seasons and a movie?!

When these powerful, independent super-women get a place on screen it always seems to be either support or a love interest for the men. They are never really the focus. While the worst of the X-Men films, The Last Stand could be said to put a lot of focus on Jean Grey, it is ultimately still an ensemble piece with Wolverine at the core. Meanwhile, even The Avengers, directed by feminist and geek hero Joss Whedon, suffered from having a ratio of five male superheroes to one female (and she doesn’t even make it to the front cover of my blu-ray!). Why do the studios think we women can only hold the audience if we’re crowded in with a bunch of men?!

Why a female superhero film is what the doctor ordered 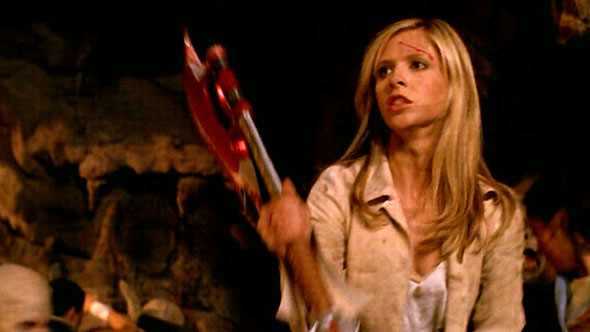 Feminist or not, it’s undeniable that there has been a severe lack of female fronted superhero franchises out there. I just don’t understand why that is still the case. Shows like Buffy and Agent Carter have shown that women can be just as tough, resourceful, and clever, and that audiences do want to watch stories about such women. Not only that, while Hollywood struggles to find new stories to tell (what’s that? Alien 5, a sequel to Blade Runner, reboots of Terminator, Robocop, Jurassic Park, and so on?), maybe flipping the gender of the lead is a great way to breathe new life into old stories. And why shy away from the politics and stereotypes surrounding gender issues? Agent Carter didn’t and it was all the better for it.

It really isn’t a question of ‘will audience go to see a film about a super-woman’; we are more than ready for it. The question is when will the studio execs wake up and see the possibilities that lie ahead? Bring on the next wave of superhero films, with just as many women kicking-ass as men.

Previous: Ex Machina: Does Ava actually like you or is she pretending to like you?
Next: Love is Strange: When you live with people, you know them better than you care to