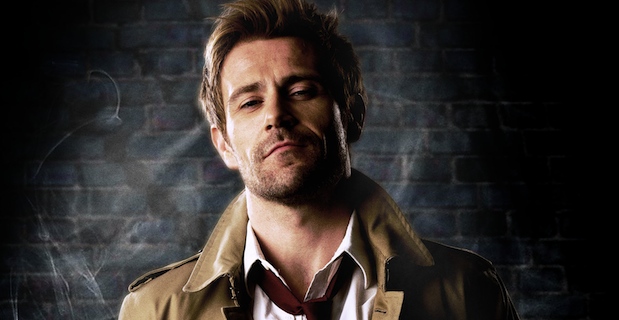 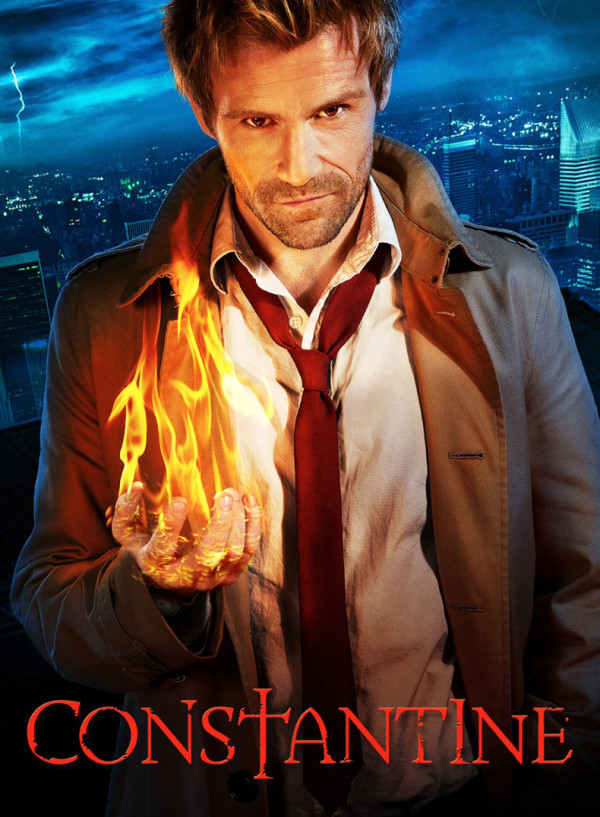 Not to be left behind on the superhero front, NBC green-lit DC’s Hellbazer comics to be adapted into a series for 2014. It was not smooth sailing for the series, with major cast changes and script rewrites early on. But when the show arrived, it wasn’t nearly the mess the fans worried it might be. The most important piece of the puzzle was 100% spot-on: Matt Ryan as the titular John Constantine is one of the most inspired pieces of casting of all time. And that’s a tough one to get right, given the murky line Constantine walks between good and evil, replete with a bad attitude, nicotine addiction, and giant chip on his shoulder.

Life is imitating art in the case of Constantine. While on-screen Constantine battles with the ‘rising darkness’ in an attempt to save his own soul, the show runners are fighting to have the show renewed for a second season. Rumours have been flying that series has already been cancelled. Show runner, Daniel Cerone, made an official statement to ComicBook.com last week to put the record straight. Constantine has not yet been cancelled, with the pitch meeting for a potential second season yet to take place. Cerone did admit, however, that a second season would be a ‘long shot’. The ratings for the series have never been incredible – though admittedly it airs in a difficult time slot – and the series is rather expensive to produce (with all those supernatural special effects). However, even after a short 13 episode first season, there is a vocal and loyal fan base determined to keep Constantine alive.

Does the series really deserve to be saved though?

‘An exorcism for an exorcist.’

For those of you unfamiliar with the Hellblazer comics or the Constantine series (or even the appalling 2005 film version starring a wooden and un-charismatic Keanu Reeves), the story focuses on troubled wielder of magic and expert in the dark arts, John Constantine. 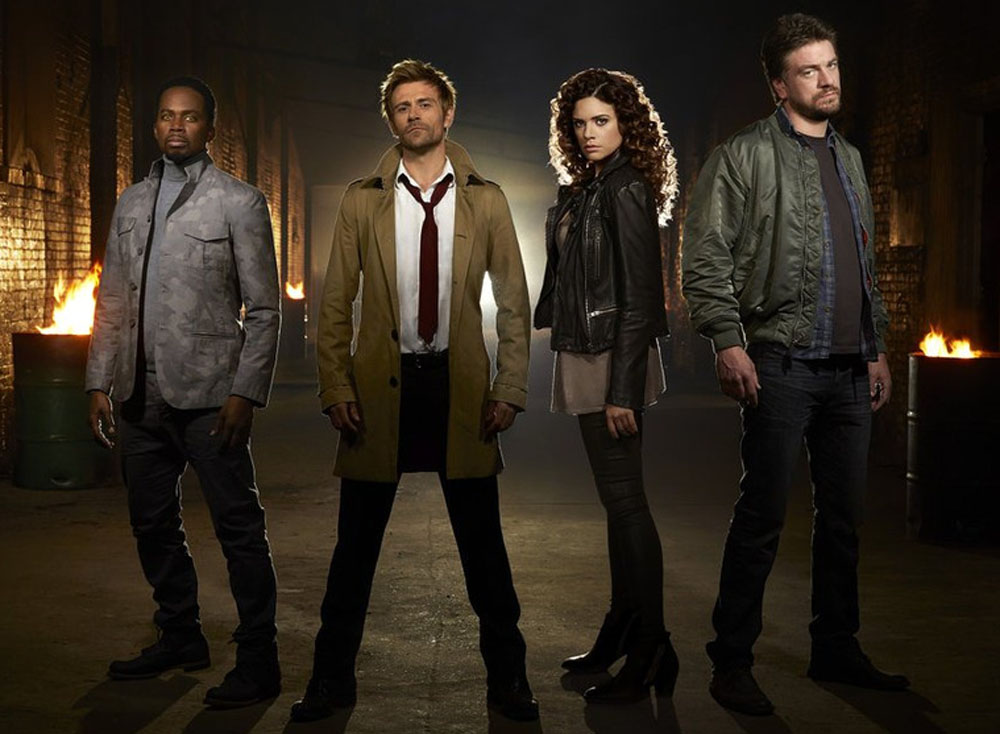 Having lost a child’s soul to the darkness, Constantine is attempting to come to terms with his own failings while holed up in a mental institution. No matter how he tries to run, however, Constantine can’t run from the rising darkness. Like it or not, he’s one of humanity’s few soldiers who can fight the good fight in the dark times to come.

With help from old friend Chas (Charles Halford), meddling angel Manny (Harold Perrineau), and vision-receiving Zed (Angélica Celaya), John sets out to fight against the forces of evil the only way he knows how – facing one demon or supernatural force at a time.

‘I guess I just think what’s meant to be will be.’

The series is ostensibly a monster of the week show, falling into the longer ‘story arc’ most of these shows adhere to by the overarching threat of the rising darkness. Trouble is, the ‘big bad’, as it is, is completely intangible. Without a specific force working against the protagonist, the series lacks focus, flitting from one small to medium sized foe after another. Where’s the real threat? Where’s the bigger issue they are working against? Just saying a general rising level of evil in the world isn’t enough to hook the audience. 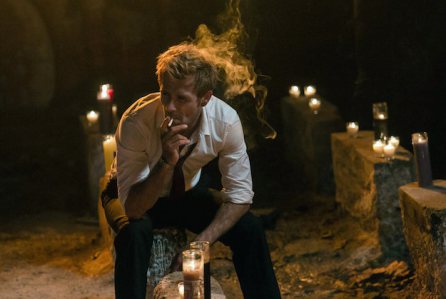 There is real potential for intriguing storylines given Constantine’s wobbly moral compass, but that isn’t utilized nearly enough. Instead, he tends to play it safe more often than not, rarely taking questionable risks. His daring, unconventional approach to fighting evil is what makes him an asset to the side of good, and yet he doesn’t use that. Nor is his fear of going there used as an interesting piece of character development. There is one ‘event’ in Constantine’s past that the show insists on revisiting again and again, dragging out new characters from his past. Sure, this can work – look at Giles and Ethan Rayne on Buffy – but it shouldn’t be used too often. Eventually you will get a Midsummer Murders problem – hasn’t that tiny village run out of people to murder yet?!

While Matt Ryan’s incredible charisma pulls off lackluster character development for the titular character, the supporting cast doesn’t manage to bring average writing out of the gutter. While Charles Halford is very likeable as Chas, his character is given so little do to and such fleeting, surface characterization that he never manages to really break out as an intriguing character. Manny, the angel who is forever judging but never being helpful, is irritatingly and patronizingly righteous and deserves a good punch in the face. Honestly, I’d rather see a storyline where it turns out Manny is actually a fallen angel and been manipulating John into working for the darkness. That would made him ever so slightly more interesting. The estrogen of the group is neither a particularly interesting character nor very useful in a fight. She has a vague, mysterious past that is delved into later in the series, but it just makes her look more like a victim than someone with depth or an intriguing history.

‘We both die today, but only one of us is coming back.’ 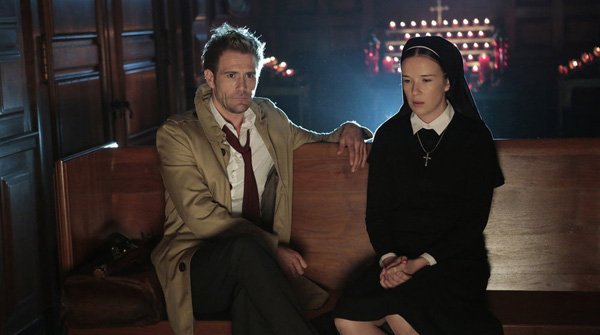 It might sound as if I have completely written off the series as poorly written, uninteresting and unoriginal plots, and flat characters, but that’s not entirely true. I stuck with series one to its conclusion. If I thought it had no potential, would I have done that? Yes, sure, Matt Ryan really is *that* charismatic, but it’s more than that. There is a lot of potential for a supernatural series helmed by someone more like Buffy’s Spike than Angel. And that’s what this show is, if it could manage to find it’s feet a little bit and take a few more risks in developing both the main characters and the darkness they are battling.

Unfortunately, I’m not sure NBC will give it the chance to work out it’s first season teething issues. Maybe, at least, studio execs will recognize the star potential of Matt Ryan and give him another chance to charm his way into our hearts.

Previous: Self-publishing: What you need to know, part 2
Next: The Buried Giant by Kazuo Ishiguro