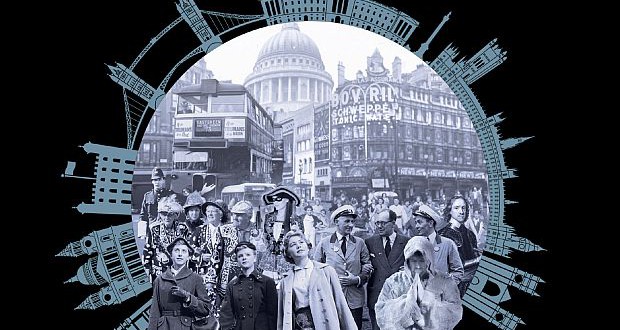 Moorcock is one of those writers that any SFF fan has probably heard of, if not read. I have to admit that I had never read any Moorcock before The Whispering Swarm and perhaps that has put me at a significant disadvantage when reading this incredibly meta-textual tome. The novel is part autobiography, part fiction – how much is real and how much is invention is never clear (though is it ever when it comes to autobiography?). At times Moorcock writes about actual events and people in his life without any clouding of the truth (using real names, dates, etc), while at other times he uses false names or casts characters from his life into his invented world. 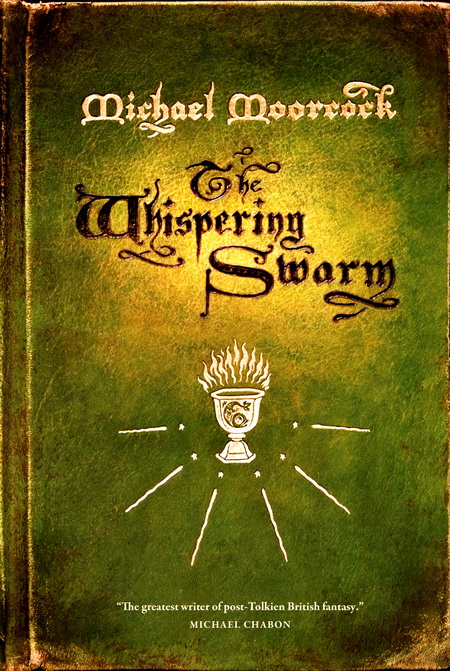 The trouble is, most of the novel becomes a self-indulgent, narcissistic review of all the wonderful things that have happened to him. Too often, these events are simply reported (though with far too much detail) and very little is given in terms of characterization of the supposedly real-world characters. I have always found that autobiography does well when it relates amusing anecdotes, singular snapshots into an interesting life. Moorcock apparently does not agree, as he delivers a blow-by-blow of how his life progressed from a very young age. Too much detail and yet still a completely superficial account. How does he even manage that?

Young Michael Moorcock is a talented writer and editor, fascinated by the world of SFF. While his career takes off, he meets a strange Friar who introduces him to the world of Alsacia. Existing within London, very few people can see the doors to Alsacia, let alone enter them. Michael embarks on two separate lives, one in the fantasy of Alsacia, one in the real world with his wife and children.

There are some truly intriguing aspects of the Sanctuary – a city within the city, beyond time, and so on – that he develops stunningly well. And yet they are put on the backburner to allow for his name dropping of famous writer friends and accounts of how awesome he was as a young superstar editor and writer. It’s clear that there’s a great story embedded within The Whispering Swarm, if only the author had dropped his self-indulgent autobiographical piece and approached it as a piece of straightforward fantasy writing. We might’ve had something really special. 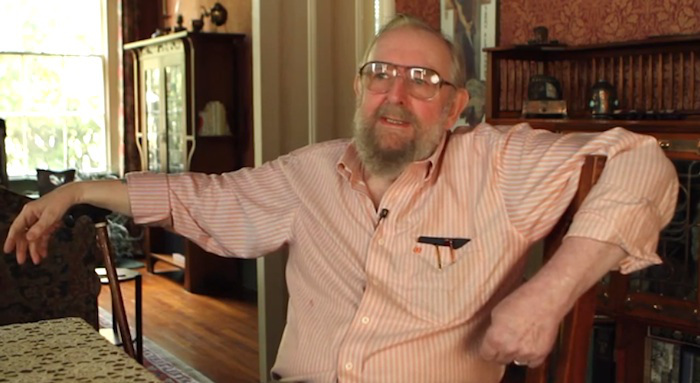 The world of Alsacia is actually incredibly intriguing. I felt myself just as curious as Michael’s character in the book. So each time he pulls away to deliver long diatribes on his ordinary life, going on and on about the publishing industry at the time or banal love triangles amongst his friends, I was seriously annoyed. Why go to all the trouble of inventing a fantastic story premise to just pad most of the novel out with tedious tangents? The same goes for the characters within these worlds. Those that appear in the ‘real world’ are barely sketched out, while the only personalities with any depth exist only in Alsacia. It seems like Moorcock was also entranced by his creation far more than his real world reminiscences, so I have to ask again, why waste so much of the reader’s time?

Throughout the novel Moorcock makes reference to his writing never really being original – most of his popular stories spill out of his encounters with the imaginary world he has created while others are repurposing of other works or attempts to mimic other writers’ styles and so on. Even the premise for this bizarre autobiographical novel is appropriated from his friend JG Ballard and The Kindness of Women. And while it might be saying something along the lines of ‘there are no new stories in the world’, which we all know by now, it never really delves into this theme in any meaningful way.

What is most infuriating about The Whispering Swarm is that Moorcock’s prose is thoroughly readable. He writes with easy clarity and a way that does make you push on. But even with that tremendous skill, it will take the most dedicated SFF lovers to stick with the novel all the way through – and for them to come back for more (yes, this is supposedly the first in a trilogy) would take something of a miracle.

Verdict: Really not recommended and a real shame given the amount of potential locked away amongst the self-indulgent nonsense.